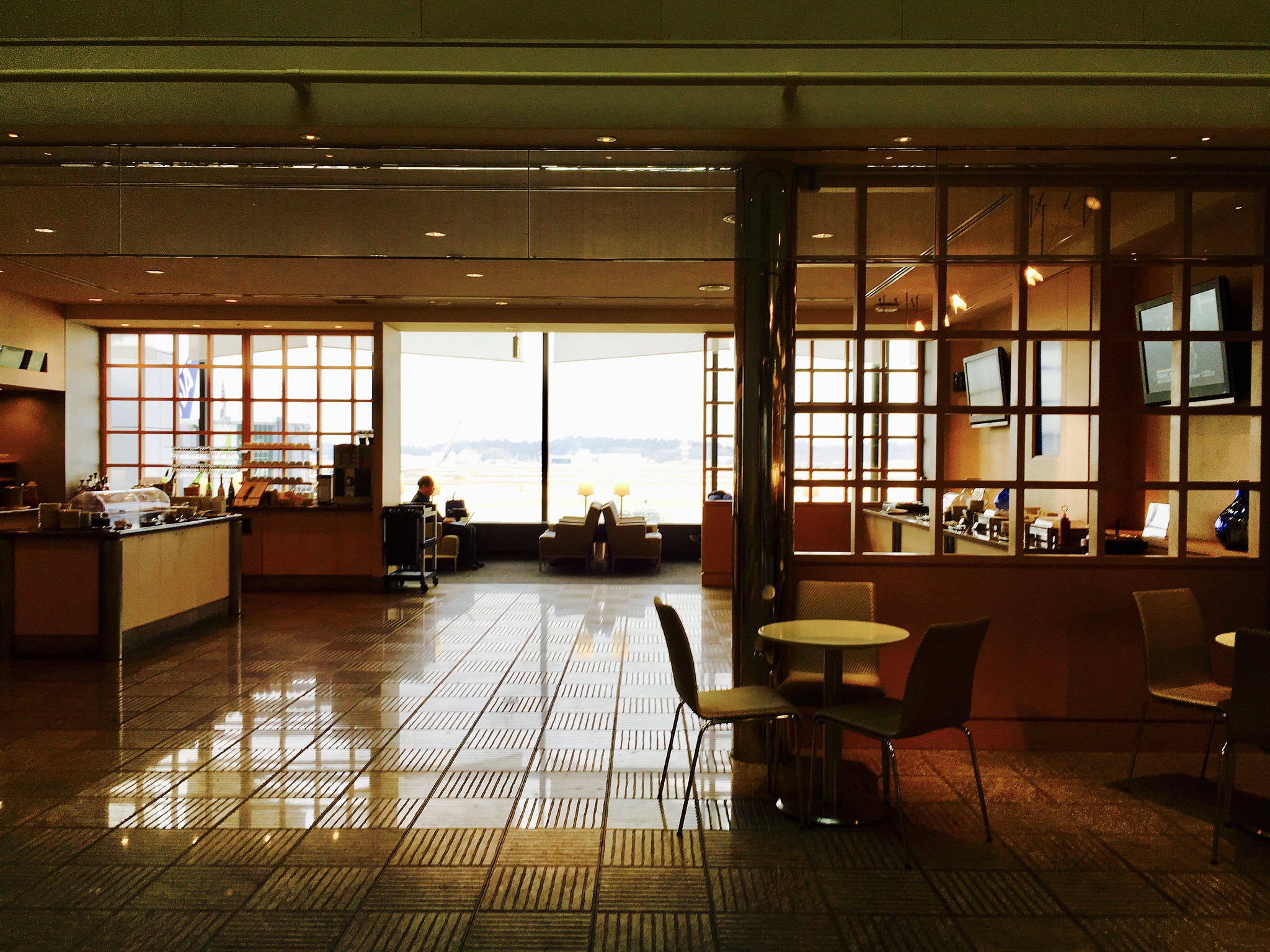 So, United Club doesn’t suck, as long as it’s not in the USA. I accessed this spacious lounge with tarmac views with my United Airlines Business class boarding pass.

There are several seating areas, separated by dividers. Aside from the dining area near the bathrooms, the rest of the lounge is sofa seating. 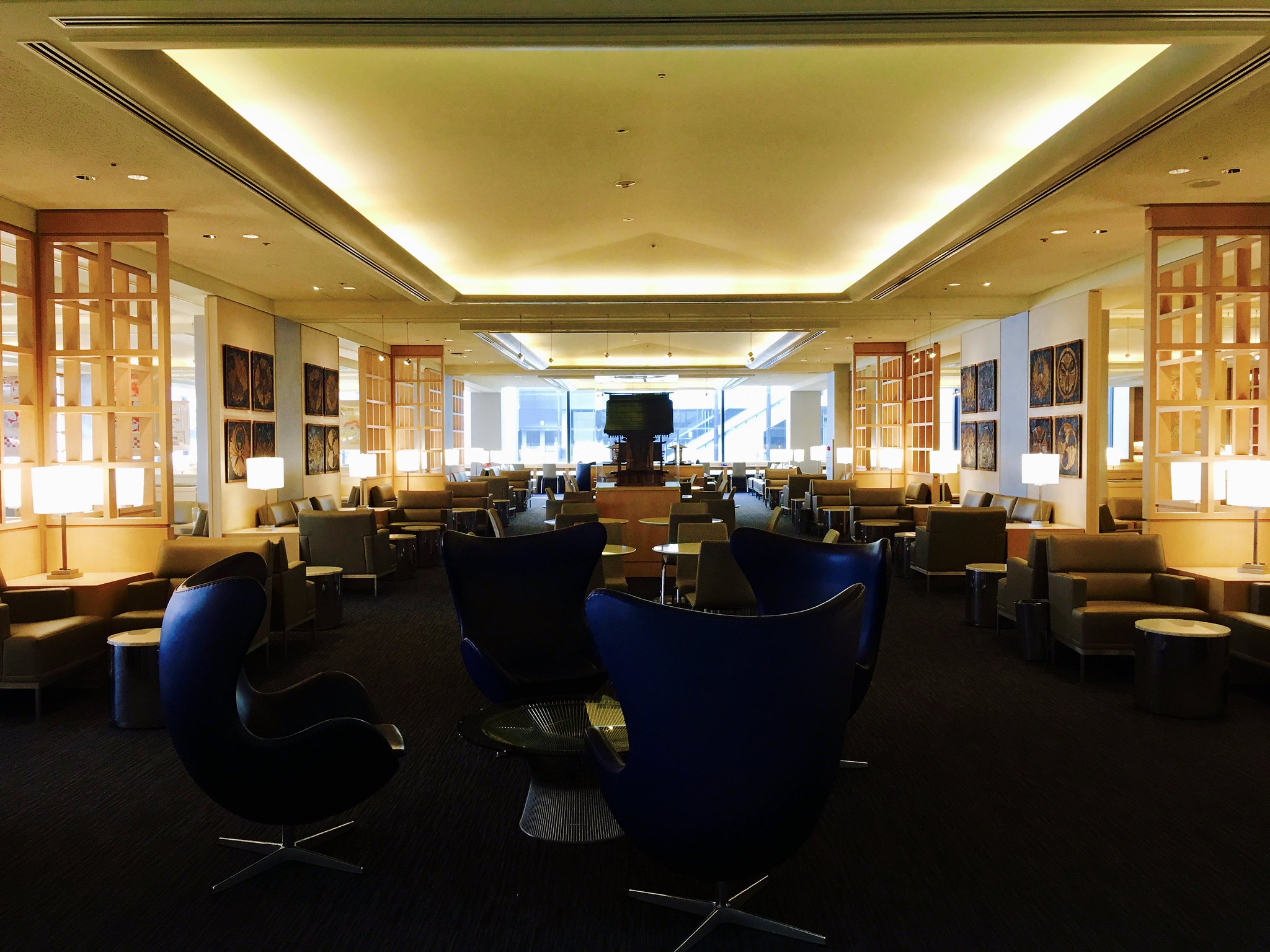 The food selection pales in comparison to the ANA Lounge, but is orders of magnitude better than what’s served in domestic United Club lounges (like snacks… sucky ones). There was some sushi, sandwiches, soup, and some snacks. 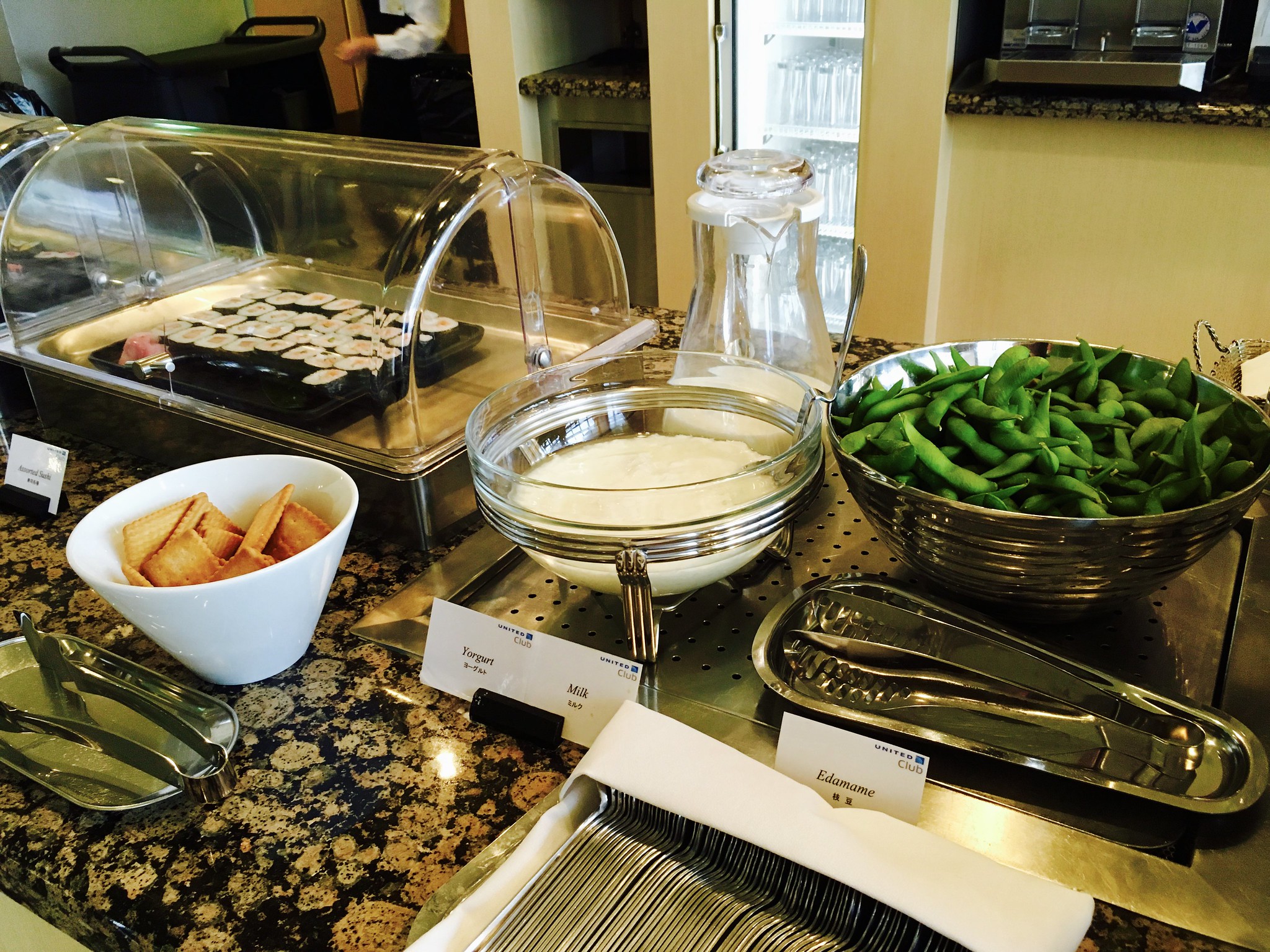 The alcohol selection is also decent, and range from draught beer to various sakes, and some hard liquor. 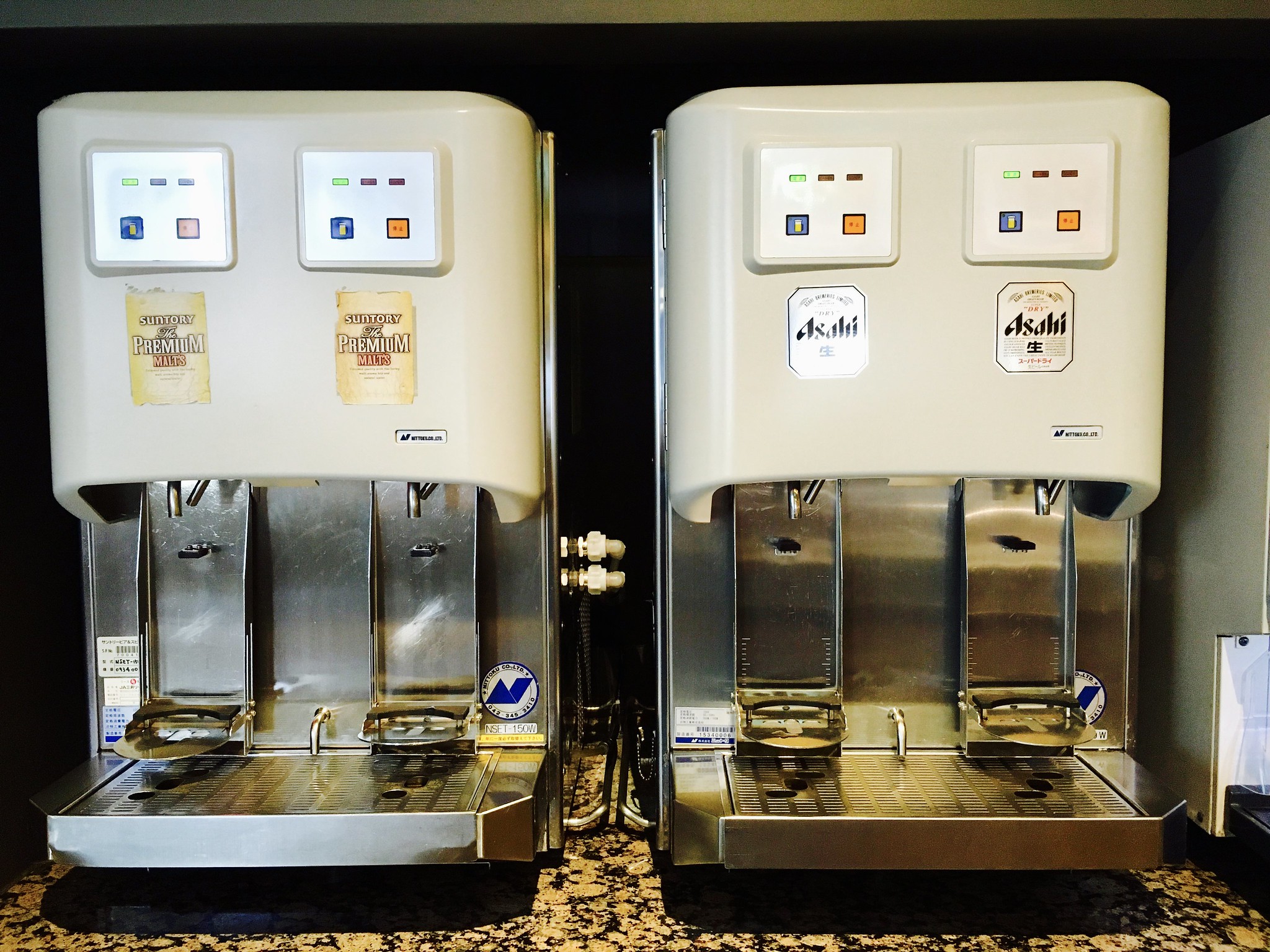 The bathroom was clean. I didn’t use the shower. 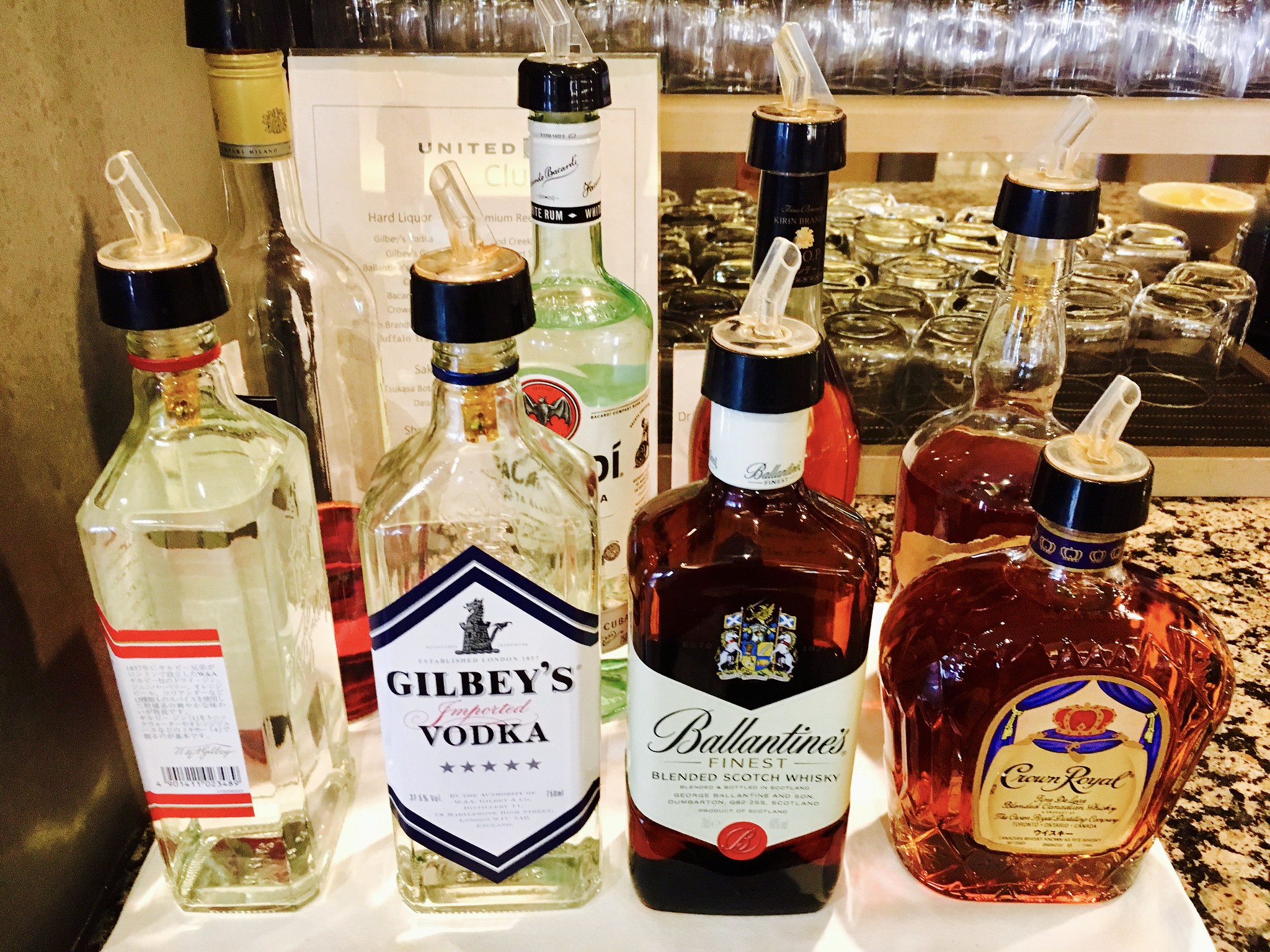 Service was unobtrusive, and dirty dishes got cleared often enough. 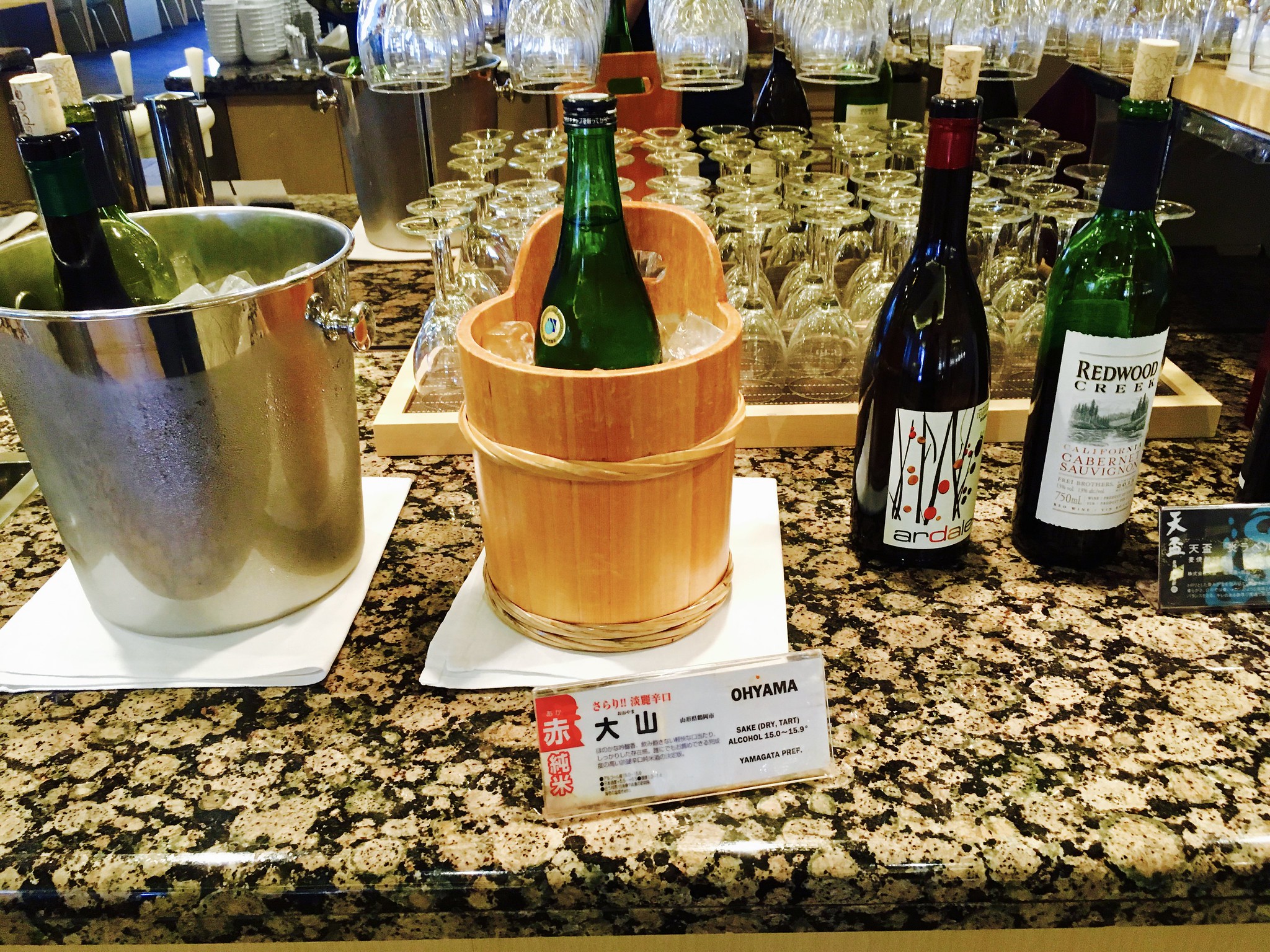 Wifi was available, and decent. Power outlets were also easily available in the lounge. 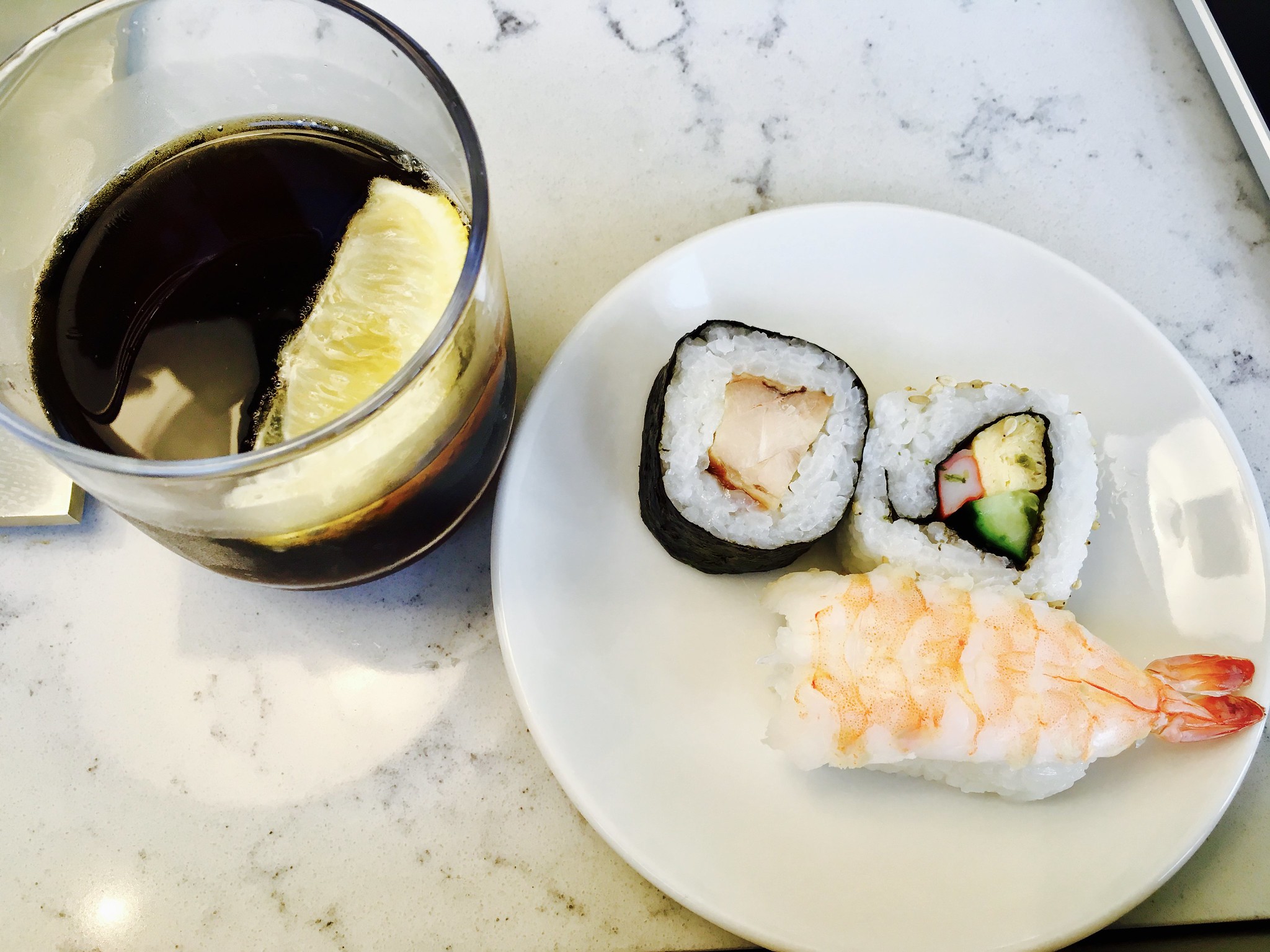 This is a decent lounge. I got some food (although I didn’t like it). Honestly, I’m just grateful it isn’t just pretzels and nuts.

There was also a rather interesting incident. Apparently, I sat opposite some Japanese celebrity. I have no idea who he is (and still don’t know who he is), but a bunch of people came up to him, and requested for pictures.

So, maybe come here for an off chance you may spot a celebrity?