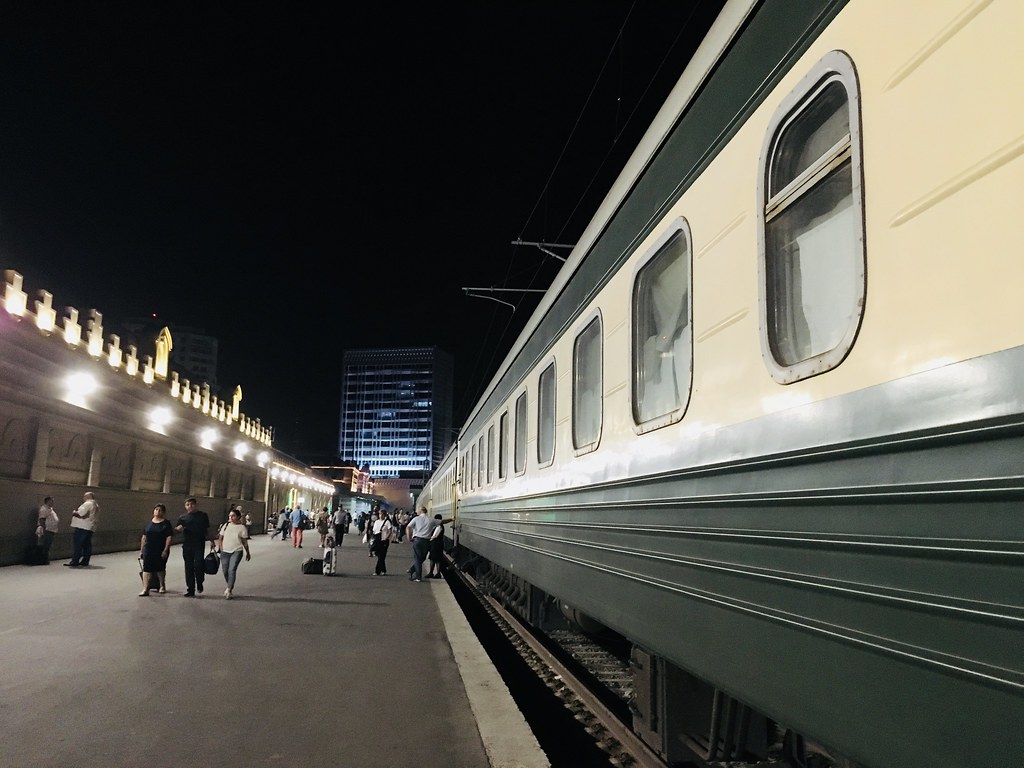 To save on one night’s accommodation and also travel efficiently, I booked a second-class, four-bed train from Baku to Tbilisi. The trip took about 12 hours, although quite a bit of it was basically waiting to clear immigration on both ends. 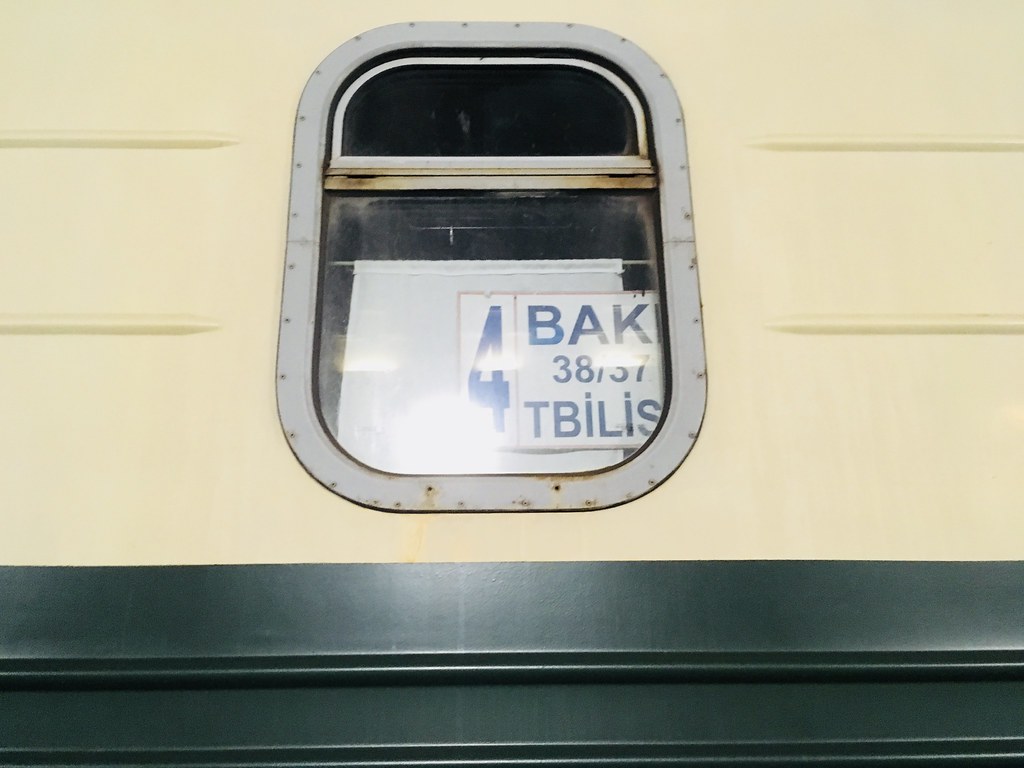 Azerbaijan Railways actually has a website, where you can book the tickets online. I did muck around the website, and even got as far as selecting seats. In the end, I didn’t click through to buy, although there are reports of people being able to do so online. I am not sure how payment works, although for sure, it is possible to purchase online. Why? Because when I showed up at the train station to buy my ticket, the attendant asked if I were here to collect my online ticket. During popular months of travel, I’d suggest you purchase online, just to guarantee your seats.

After checking that there was plenty of availability, I decided to just buy my ticket the day before departure. I rolled over to the railway station, which is at the 28 May metro station. Follow the signs for “Railway Station” exit, and then turn left. The railway station is at a mall of sorts, and the ticket sales is near the KFC in the mall.

In the middle of the ticket sales is an attendant. You want to talk to her to get a queue number. I waited for about 20 mins before I was served. Remember to bring your passport. I told the ticket agent my route, date, and class of service (in English), and she ticketed it in 5 mins. Online reports of cash-required are outdated. I was able to purchase my ticket with a credit card at the window. 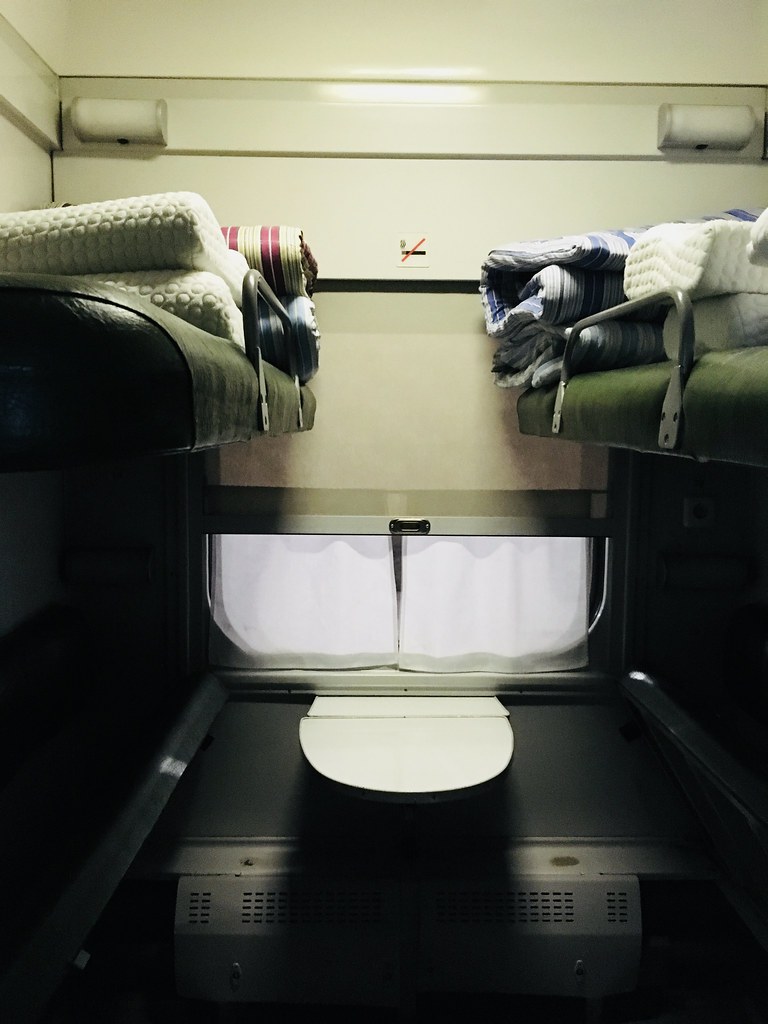 I’d say the announcement system wasn’t particularly helpful. Thankfully, at around 9.30 pm, there were only two trains. I just walked down the platform, and located my train, which wrote Baku-Tbilisi.

If you can’t understand your ticket like me, just approach the ticket attendants. They will point you in the right direction and tell you your seat number as well.

The four-bed cabins are pretty okay. At around 10.30 pm, a train staff came by to distribute bed linens, so you won’t have to sleep on their rather well-used pillows. I actually passed out for a good 9 hours, and by the time I woke up, we were already at the Azerbaijan-Georgia border on the Azerbaijan side.

On the Georgia side, they simply boarded the train, collected everybody’s passports, and processed them in a building. They did call some individuals, although that is more the exception than the rule. At about 10 am, we pulled away from the border and headed towards Tbilisi.

The train journey was pretty fine. They don’t have anything on board, so bring supplies. Also, although I didn’t personally venture, apparently, according to my German cabin-mate, the bathroom is nasty. It is not the Orient Express, but it’s a functional overnight train ride. The few daylight hours we had on the train weren’t particularly scenic; I am not sure if this would be different for a day-time train.

3 thoughts on “Overnight Train from Baku to Tbilisi”