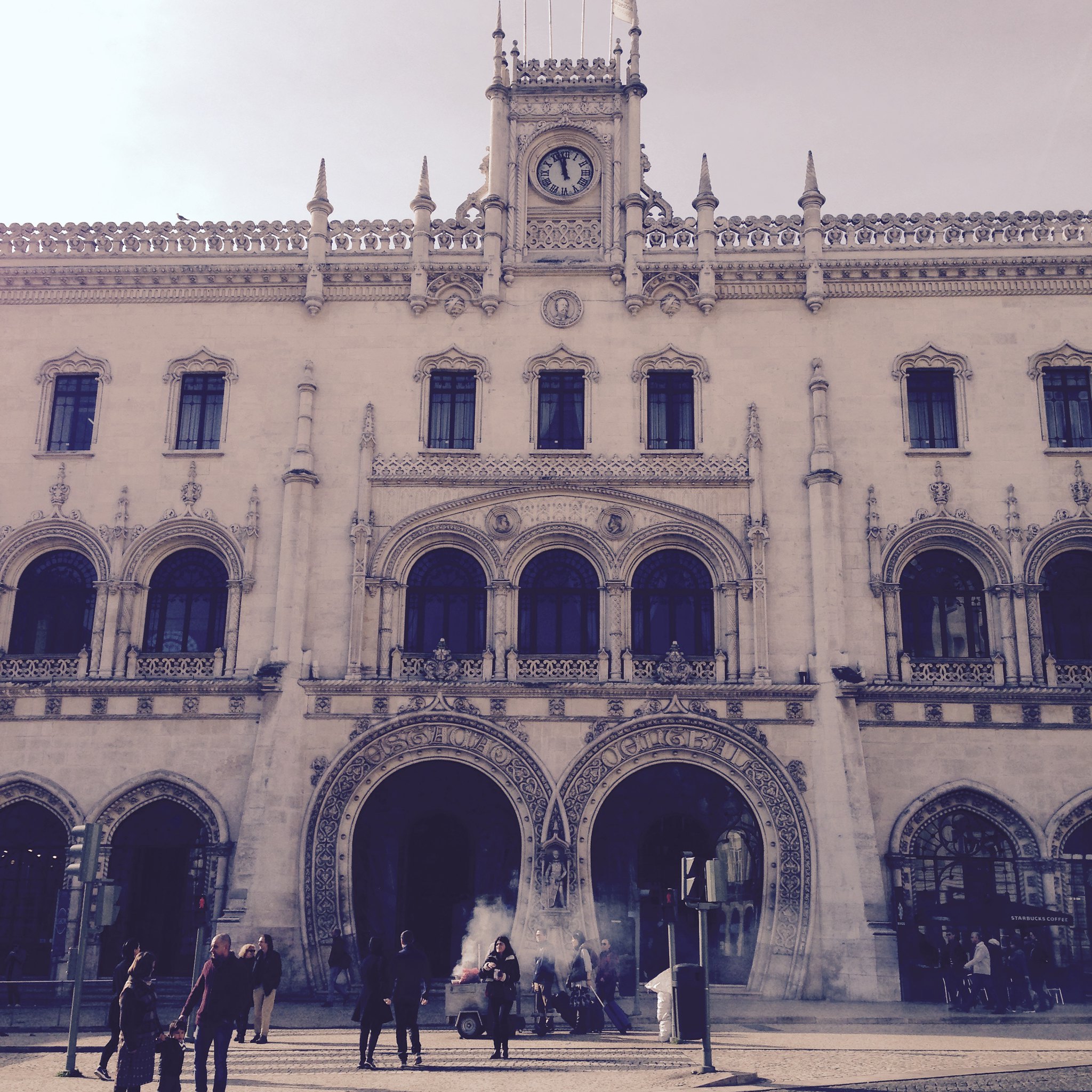 Most of the shops are closed, including international fast food chains like McDonald’s and Burger King. I mention this mostly because I was surprised – on major public holiday in Singapore, usually the only thing that stays open are fast food establishments. I was trying to take some of the funiculars, leveraging on my 24hr day pass (it is accepted on the funiculars, too). I dropped off at Restauradores this time, actually got out of the wrong exit, and somehow ended up at the Gloria Funicular, which was ready to depart in 1 min. I wound up being the last passenger on board, which meant that I had a glorious view behind the driver, once again. There was a lot less to see in terms of street scenes, because this street is just served by the funicular, but there is some pretty cool graffiti to the right, if you like checking things out! 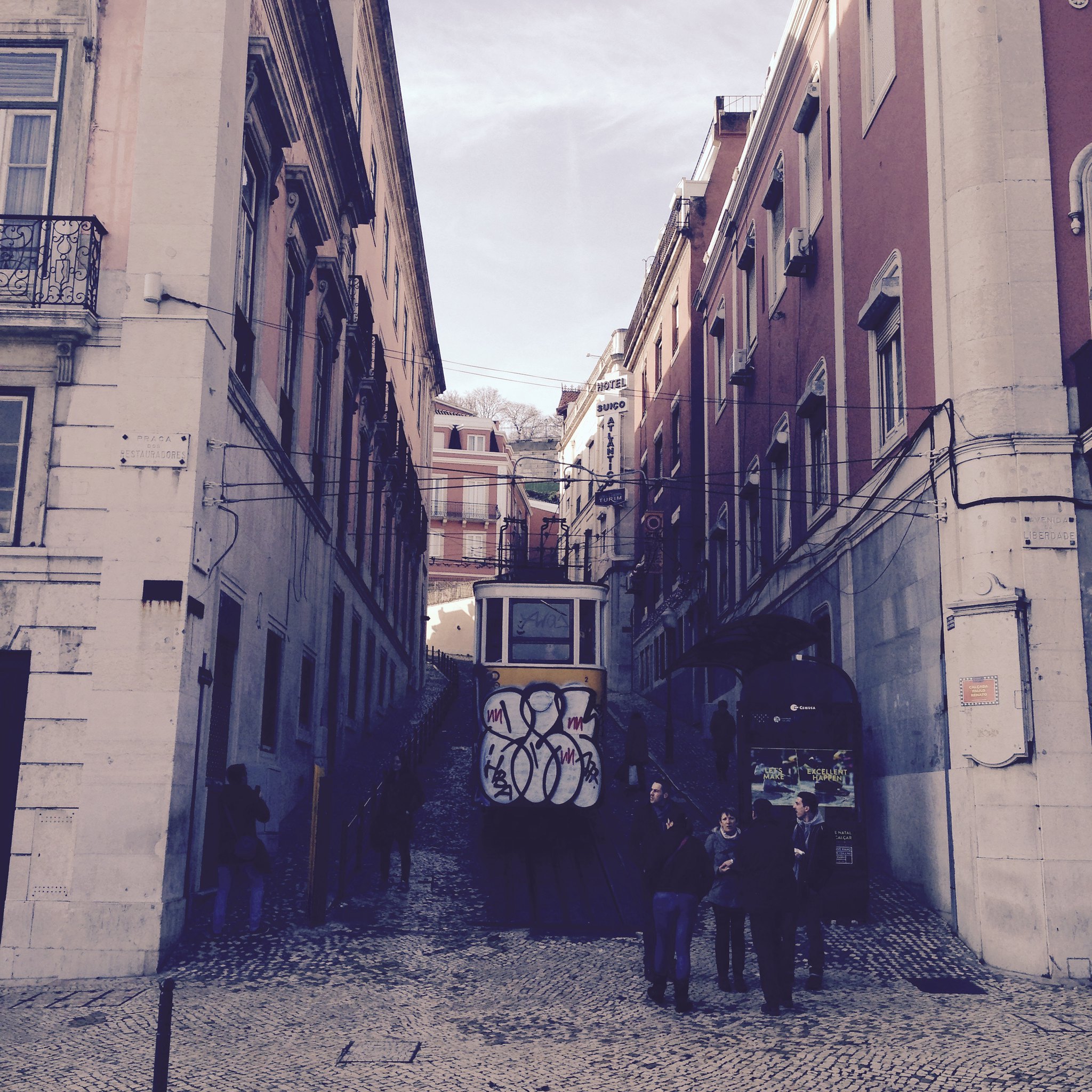 After getting to the top, I did not exactly have a plan. I just decided to wander. Since the funicular brought me up to a hill, all I really had to do was to slowly walk my way back down to town. Wandering does come with its perks – the hills offer some really nice panoramic views of Lisbon. I really like how the city is surrounded by the sea. I ended up at the ruins of Carmo, where the Museum of the National Guard is located. If you walk towards the restaurant over there, you can get some pretty nice shots of the city. If you are willing to pay some 5-6 EUR, you can go up to a viewpoint, take in unobstructed panoramic views of the city, and take their ancient elevator back down to town. Well, I didn’t pay, but I was happy with my zero euro views, haha! The restaurant prices seemed pretty decent for its location (10-15 EUR for entrees), but I also didn’t try the food. 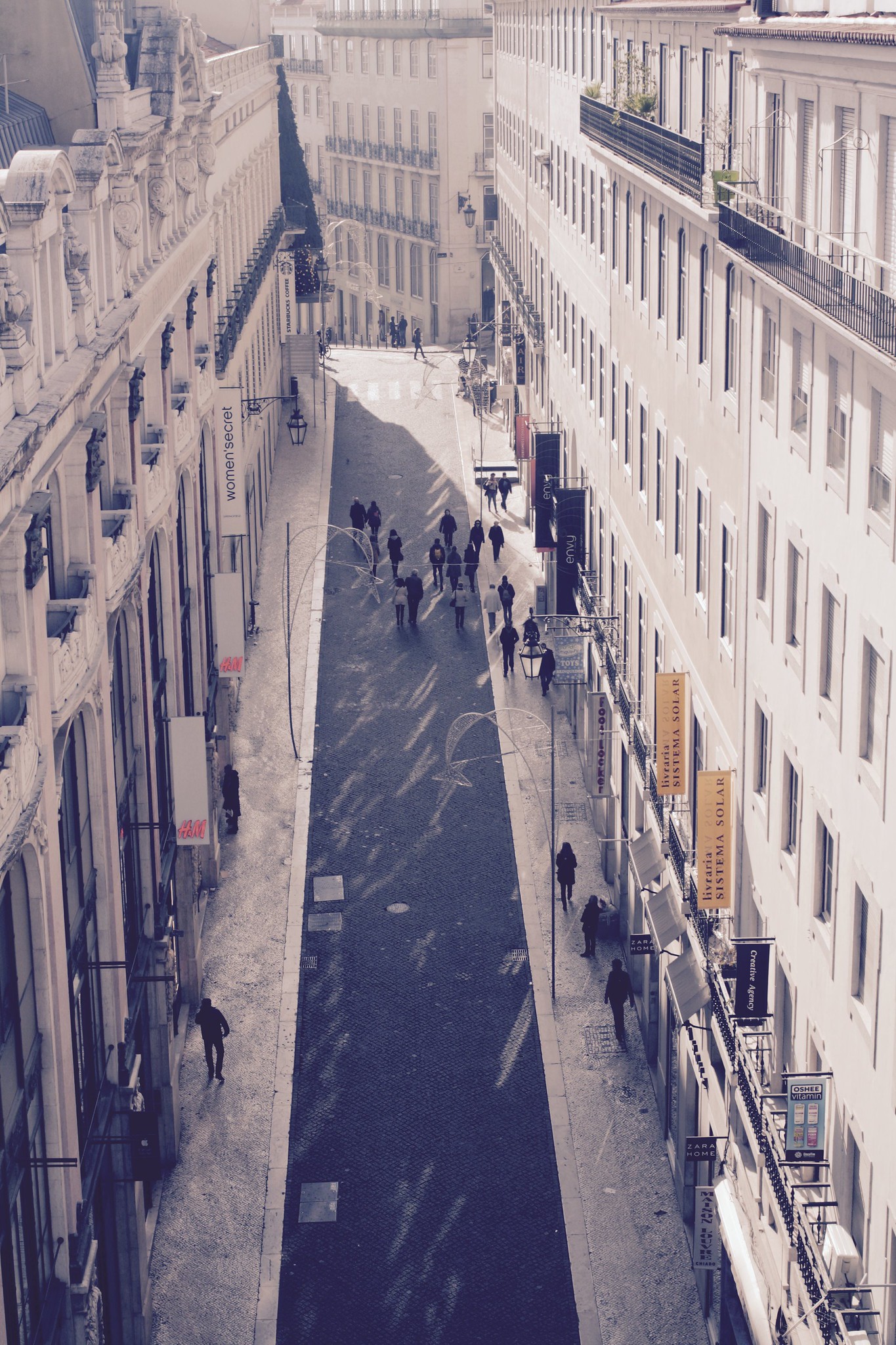 As I slowly made my way down to the main strip, I wound up at the train station again. I decided to get a coffee at Starbucks (argh! I did try looking for other cafes, but most of them are closed), and get a couple of hours of work in. At around 4 pm, I finally decided to take a walk. I wanted to walk up the Avenida da Liberdade, the grandest boulevard in Lisbon, and supposedly home to all the upscale shopping. The weather was a nice cool, 20 degree Celsius, and as I strolled along, before I knew it, I actually wound up in the vicinity of my hotel, as the boulevard terminates at Parque Eduardo VII. So it turns out that my hotel is a lot closer than the metro ride suggests (and I saved 1.40 EUR)! 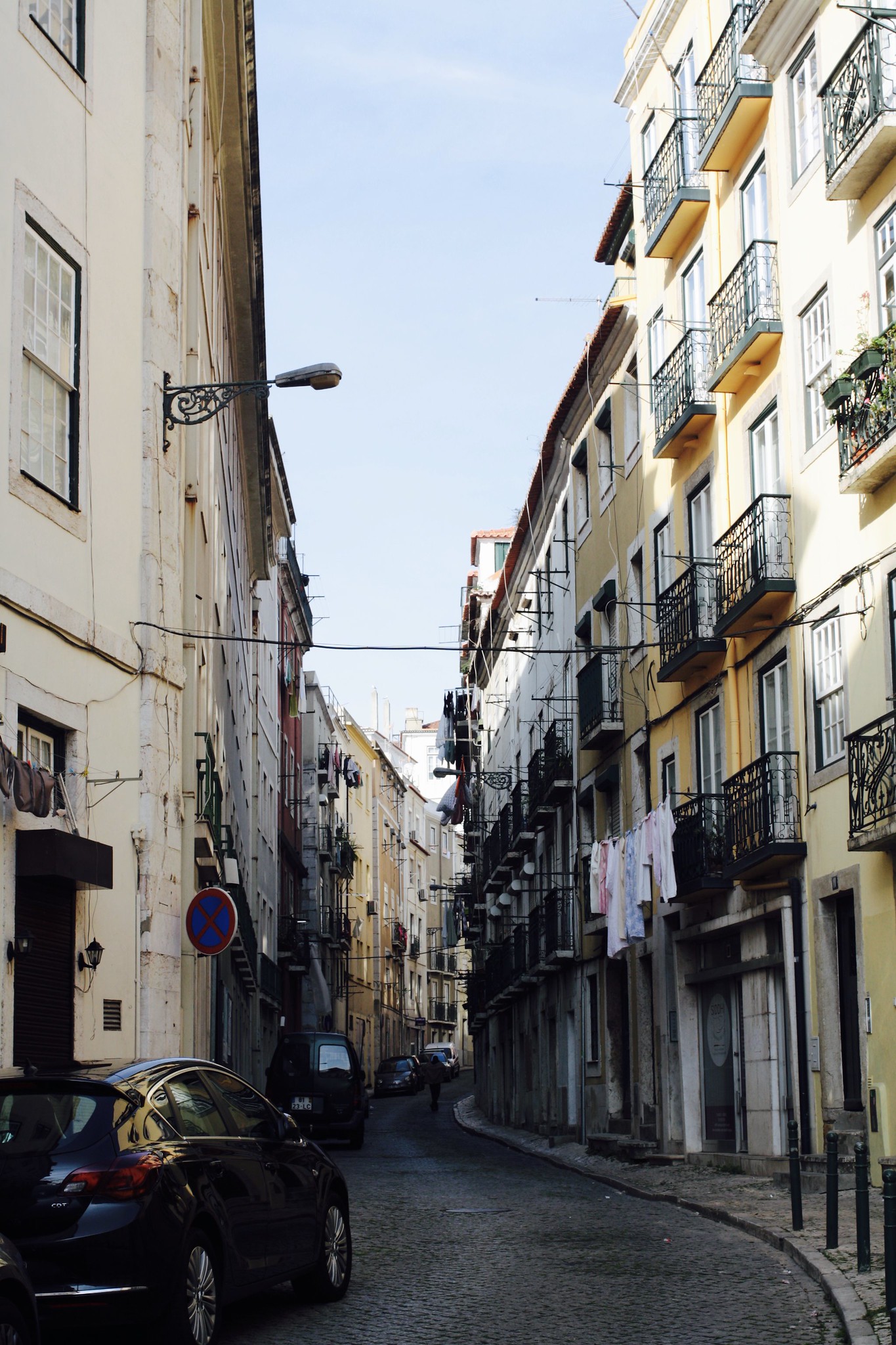 I spotted a kebab place that was open on Christmas Day, so I wound up eating a kebab platter combo for dinner as my Christmas dinner (6.50 EUR).