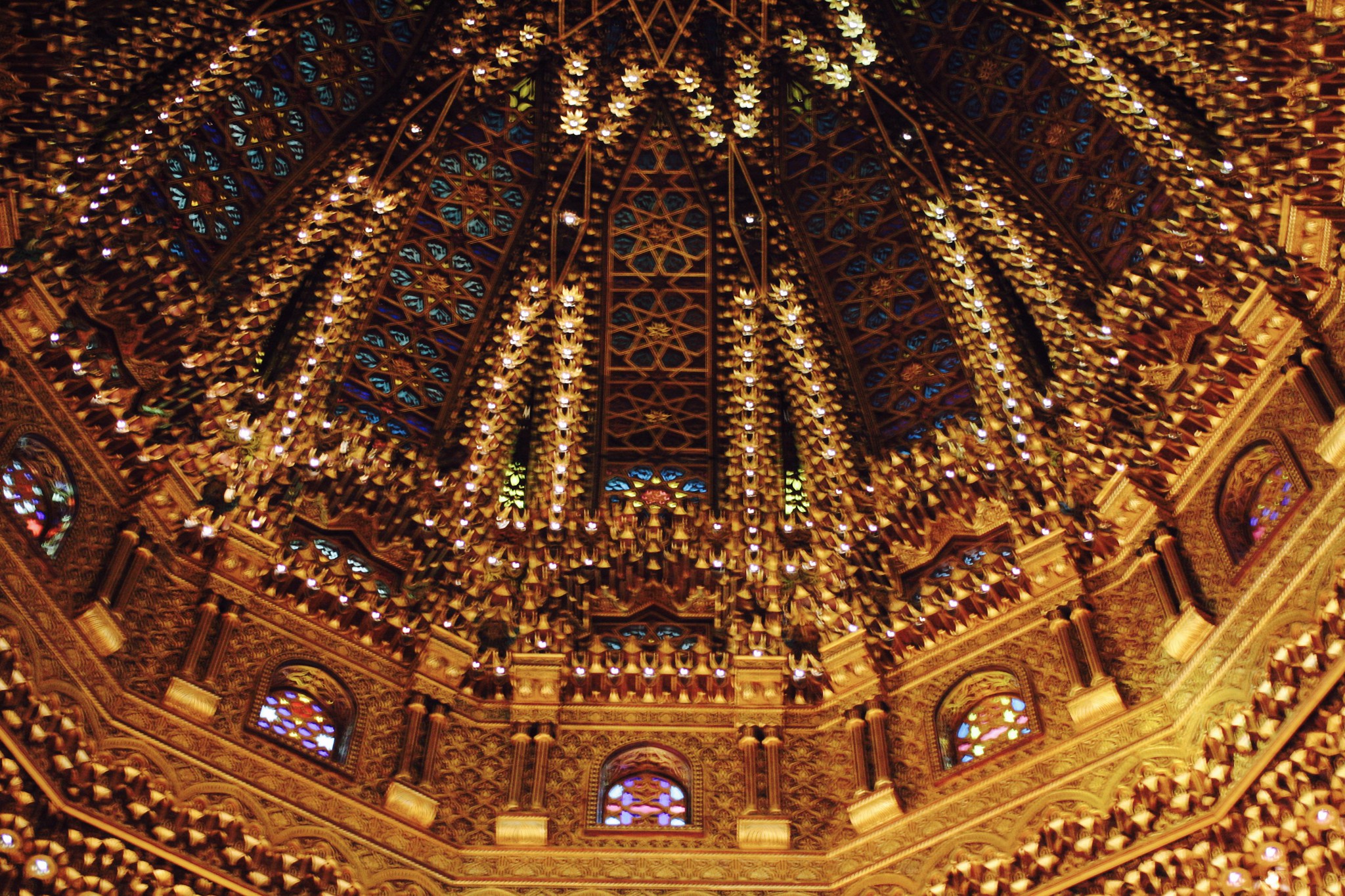 I arrived at the Rabat International Airport sometime after 5 pm, probably closer to 6 pm. The passport control was a little bit slow, but not out of control. I probably cleared it within 30 mins, and after changing some money (1 USD = 9.6 DH), I spotted the airport bus parked outside, and was good to go. The rate at the airport is pretty fair, and the exchange doesn’t charge a commission.

You should see an airport bus across the street from the airport. It costs 20 DH to get from the airport to the Rabat train station. It probably took about 30 min. If you want a drop off along the route, you could probably ask. From the Rabat train station, I took a taxi to my hotel Mercure Rabat, which is located in the residential quarter of Hassan (10 DH). The bus also stops in front of the tram line, so if you are on that tram line, you can always just hop on the tram (6 DH per trip, or per hour, sorry, was too lazy to read the whole thing in French).

I mostly used the tram system to get from my hotel to the medina. There are a couple of stops in front of the medina. I found this to be a painless way to get around Rabat, and it is cheap (6 DH), and hassle-free (i.e. no rip-off taxi drivers). The main sights in Rabat are also quite walkable – for instance, it wasn’t too much of a walk for me to go from Hassan Tower to the Kasbah. 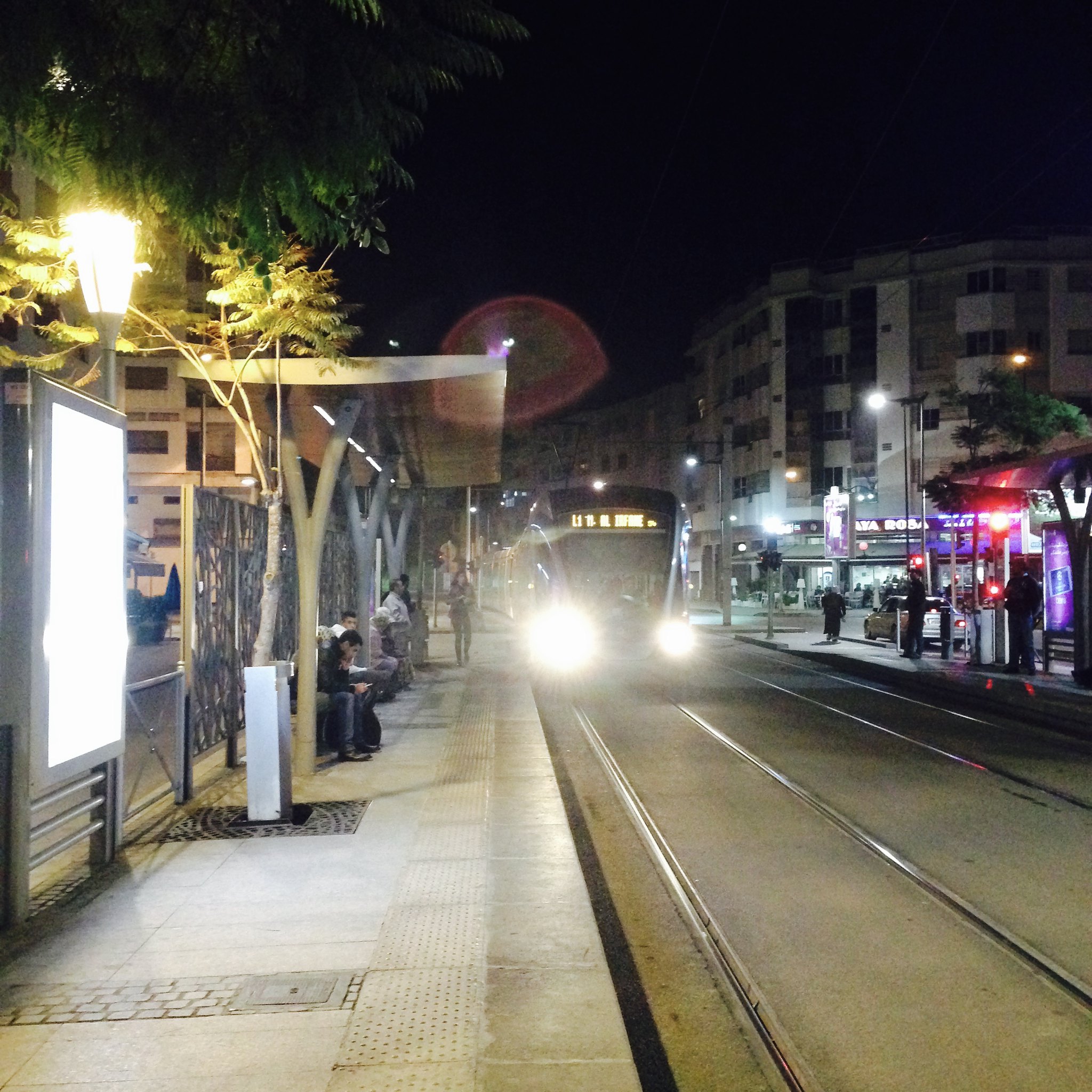 After check-in, it was getting a bit late, so I pretty much just wanted to get some food from the souk before retiring for the night. Man, it was really crowded. I think I suddenly became very aware of how much I stood out, even in the crazy crowd. Apparently, being a single, East Asian female really makes you stick out. I started to be extremely aware of my surroundings.

Regardless, hopping on the station, Tour Hassan, it was about two stations to Bab Chellah. There, the glorious smoke from meat on the grill was epic, and I wandered towards it. I wound up getting a grilled chicken sandwich for ~15 DH. I’m pretty sure I got the foreigner tax, but whatever, it was pretty tasty. 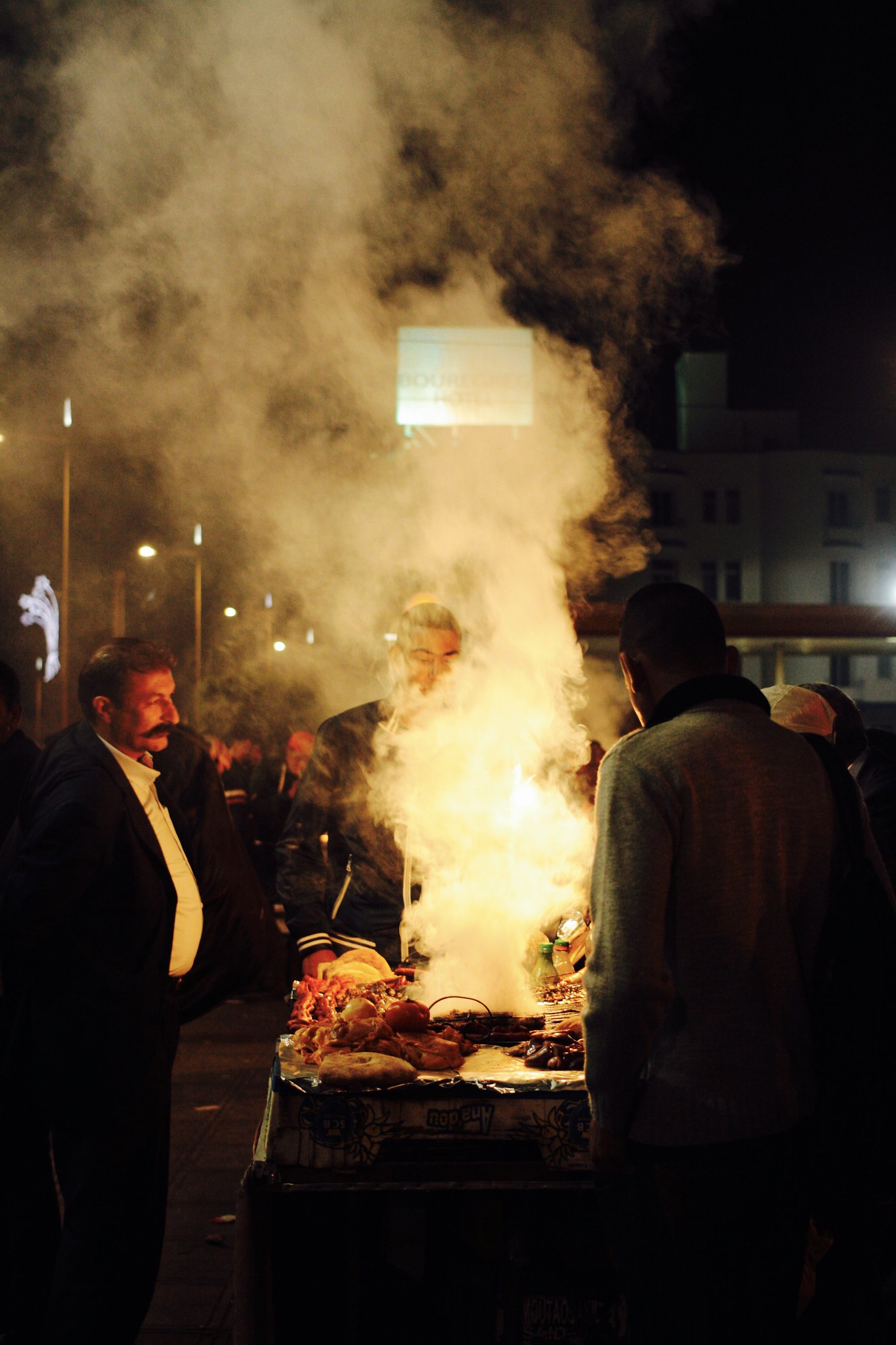 I strolled down the street, and eventually wound up in the souk. I am generally not much of a shopper, so while souks are interesting for me to see, generally, I really have no observations about the goods on sale. I did eventually wander into another Shwarma place, and ended up with a shwarma sandwich with fries (25 DH). My best description of the souk is, a Southeast Asian night market. If you enjoy something like that, this is for you. 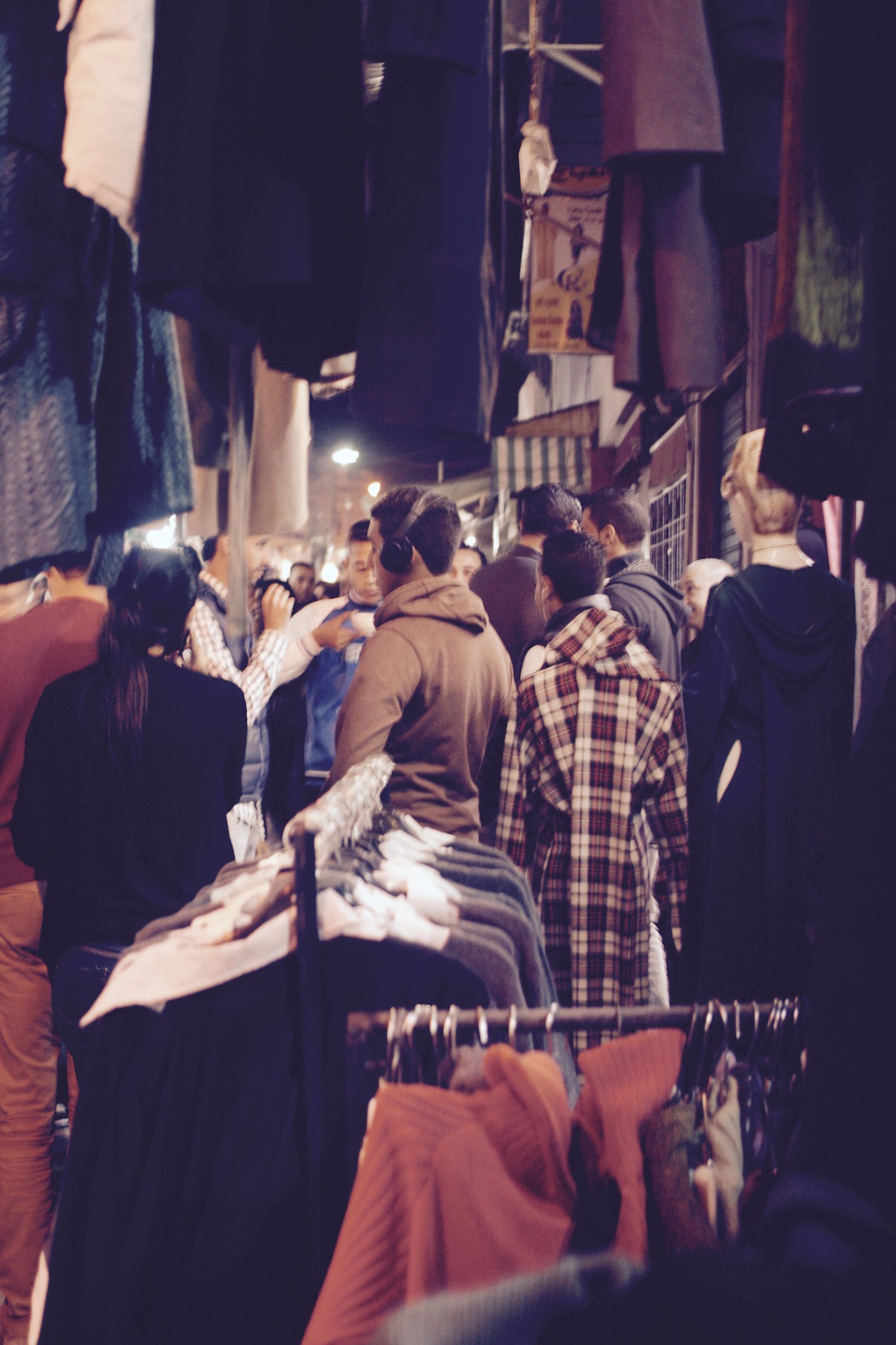 After walking the equivalent of one tram station, I walked up the street towards the Rabat train station – I figured I might as well check out some of the train timing, since my plan is to take a train into Casablanca the next day. There are some cafes along the street, and dividing the main road is a tree-lined pedestrian boulevard, which seemed popular with families. I do find the café culture to be very manly – it’s mostly males lounging at the chairs, sipping their coffees/teas, and looking on street life. 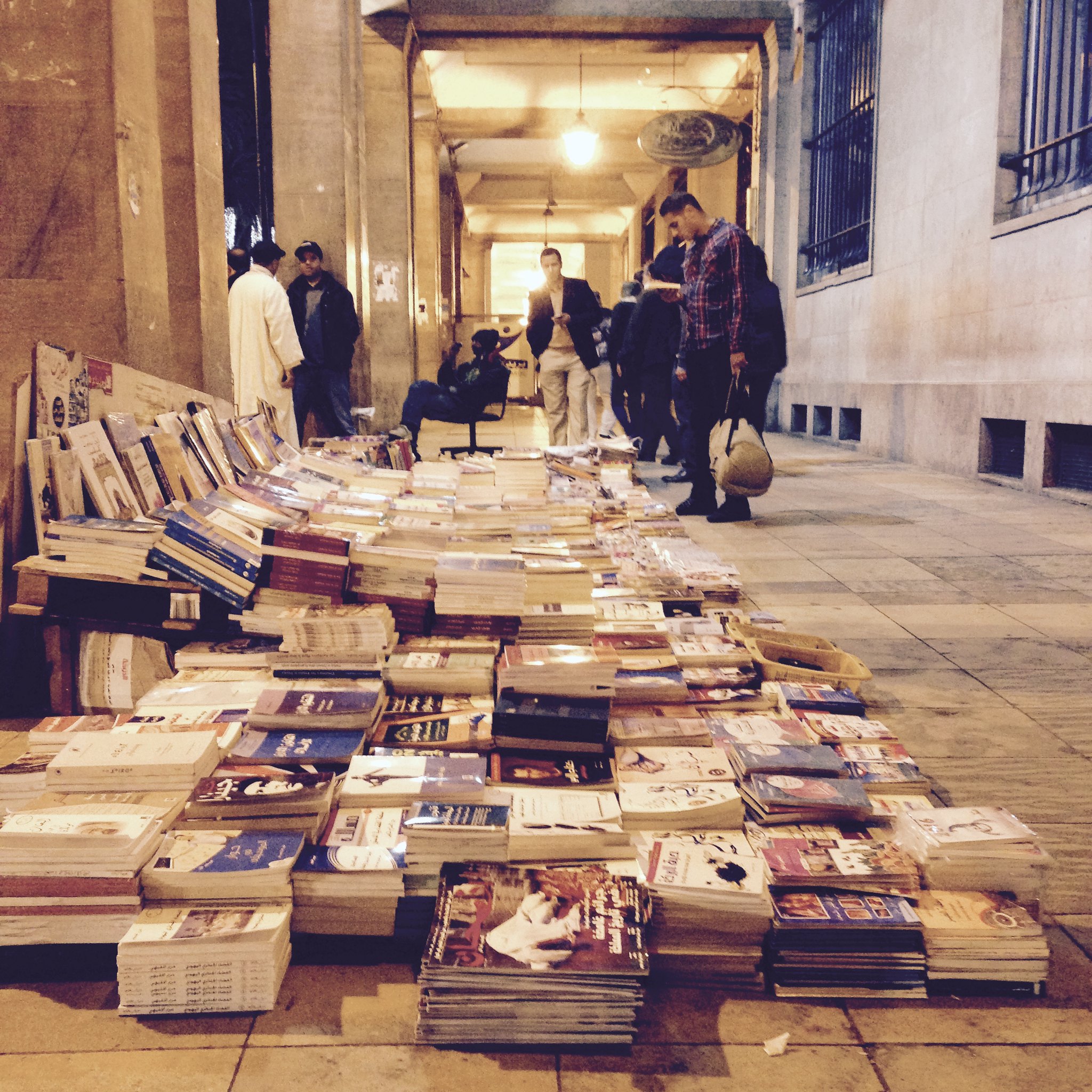 After checking out the Rabat train station, I hopped onto the other tram line (they have two in Rabat), and went back to my hotel for the night.

Note about buying tickets on the tram

If you know that you are going to need a couple of them, you might want to buy them in advance. You don’t save money this way, but their machines can sometimes break down, or just hang. So, buy tickets when you find a machine that’s working, so you won’t be stuck in a situation where you are at a station, and cannot buy tickets. 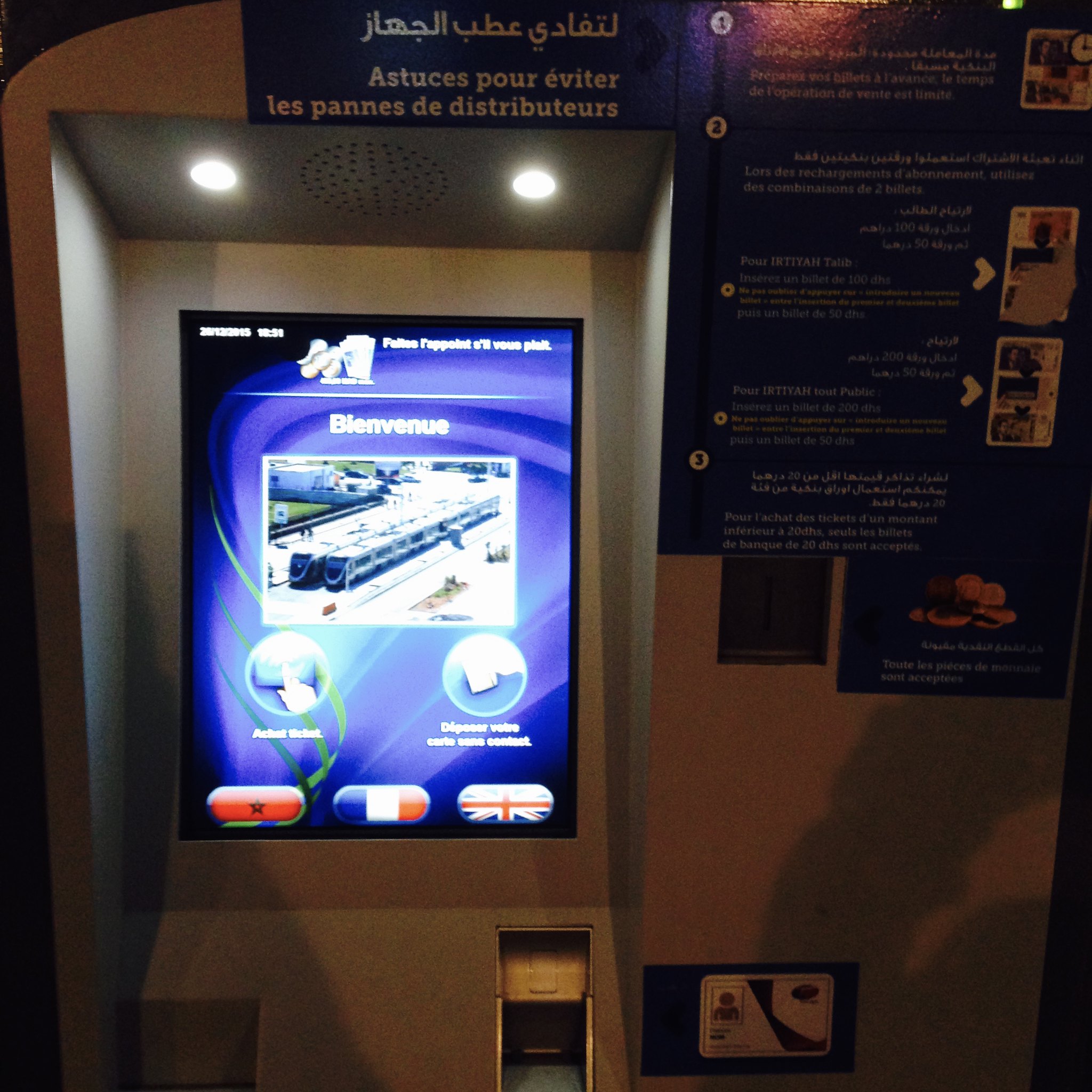 Accommodation: 68 USD (stayed at a 3-star hotel, regretted it)