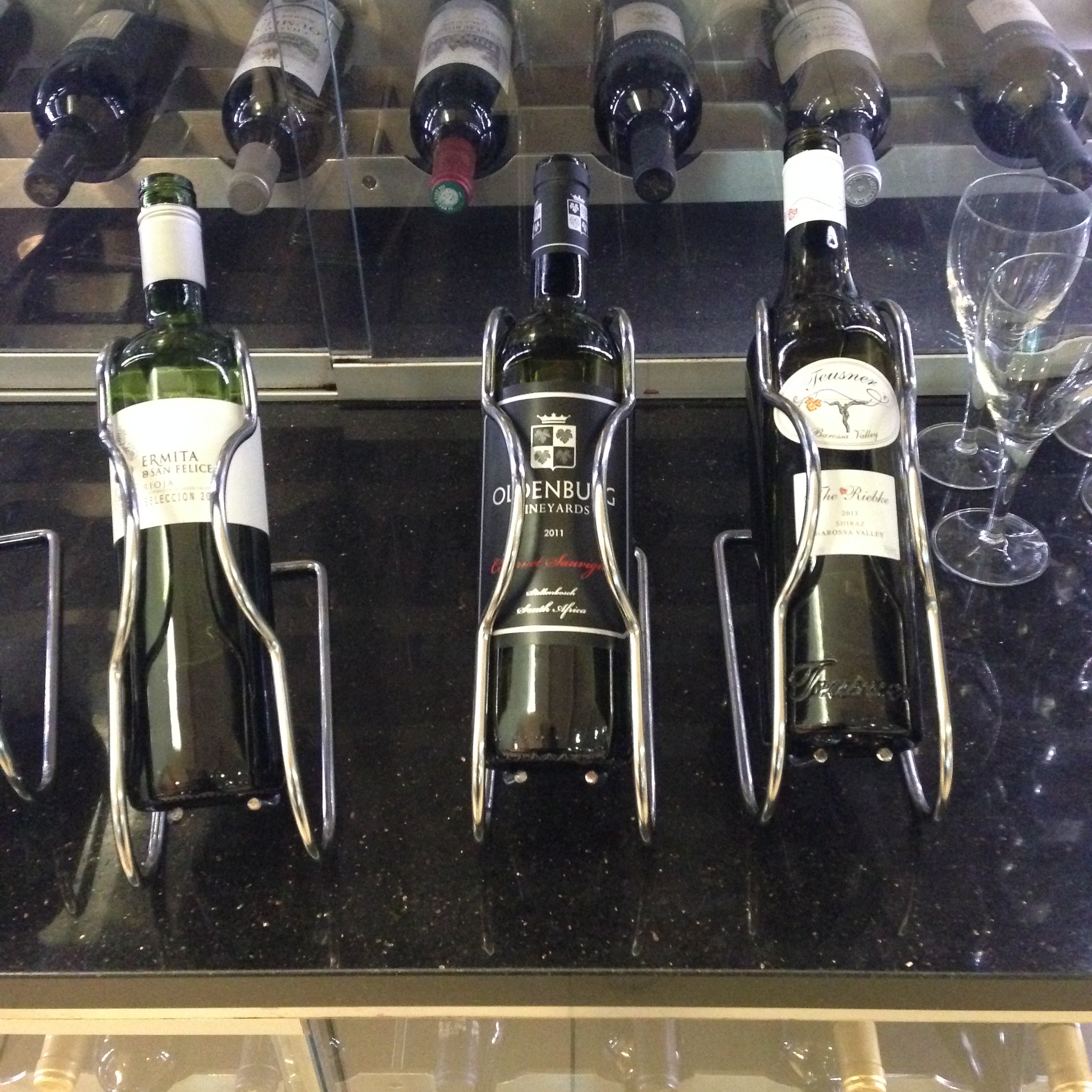 After looking at pictures, I think I got very psyched about it, but boy, this place is a complete madhouse. While this is probably one of the largest lounges I’ve been, it is also the most crowded to date. They have a hot food station, and a cold food station roughly in the middle, and by the sides, there are the beverages, e.g. wines, sodas, and the caffeine stations are interspersed around the lounge. 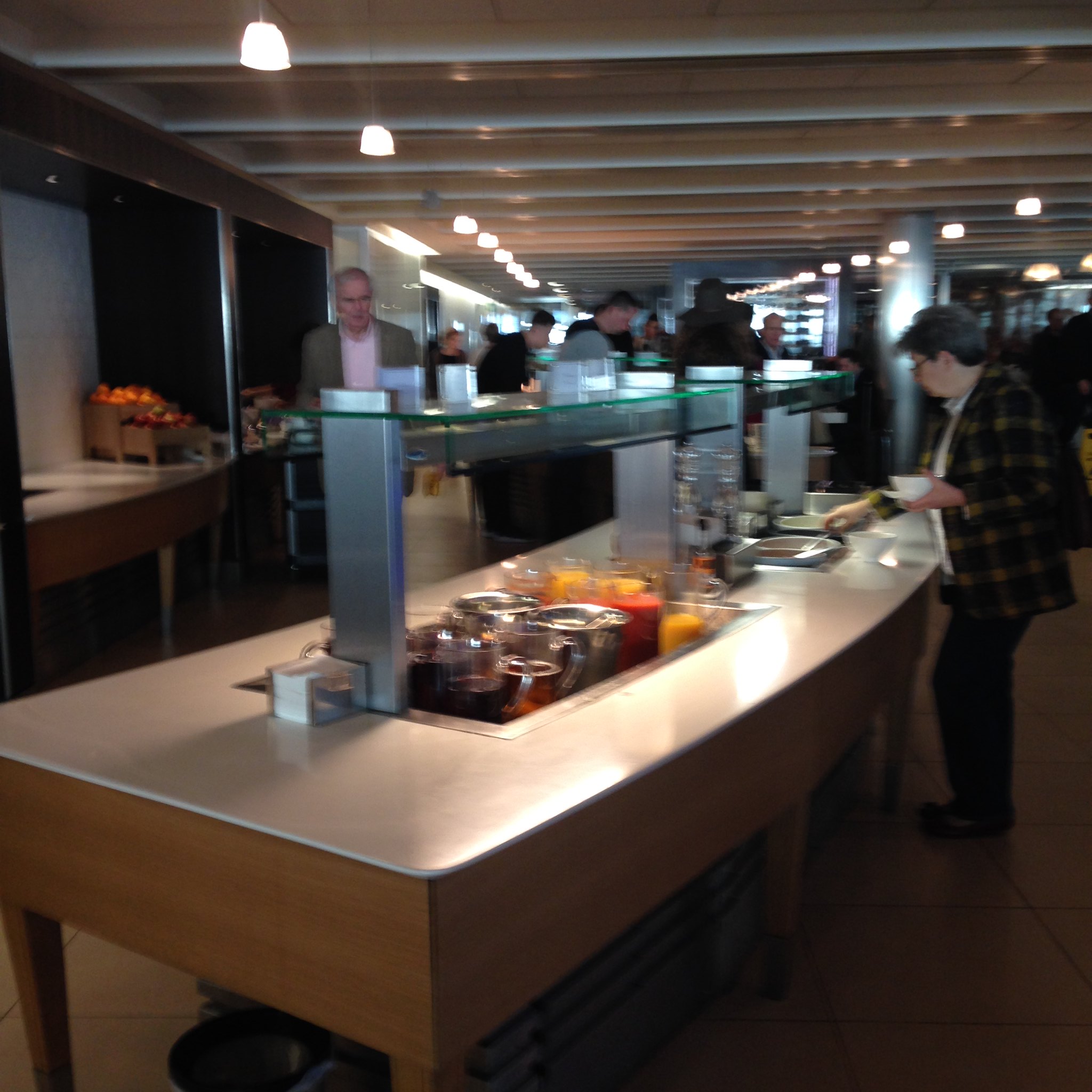 I am not sure if this is much of a step-up on the main terminal itself. There are people sleeping on the couches (I have nothing against that, it’s just an observation), dirty dishes everywhere, and busses putting dirty dishes on my table, even as I was sitting right there. 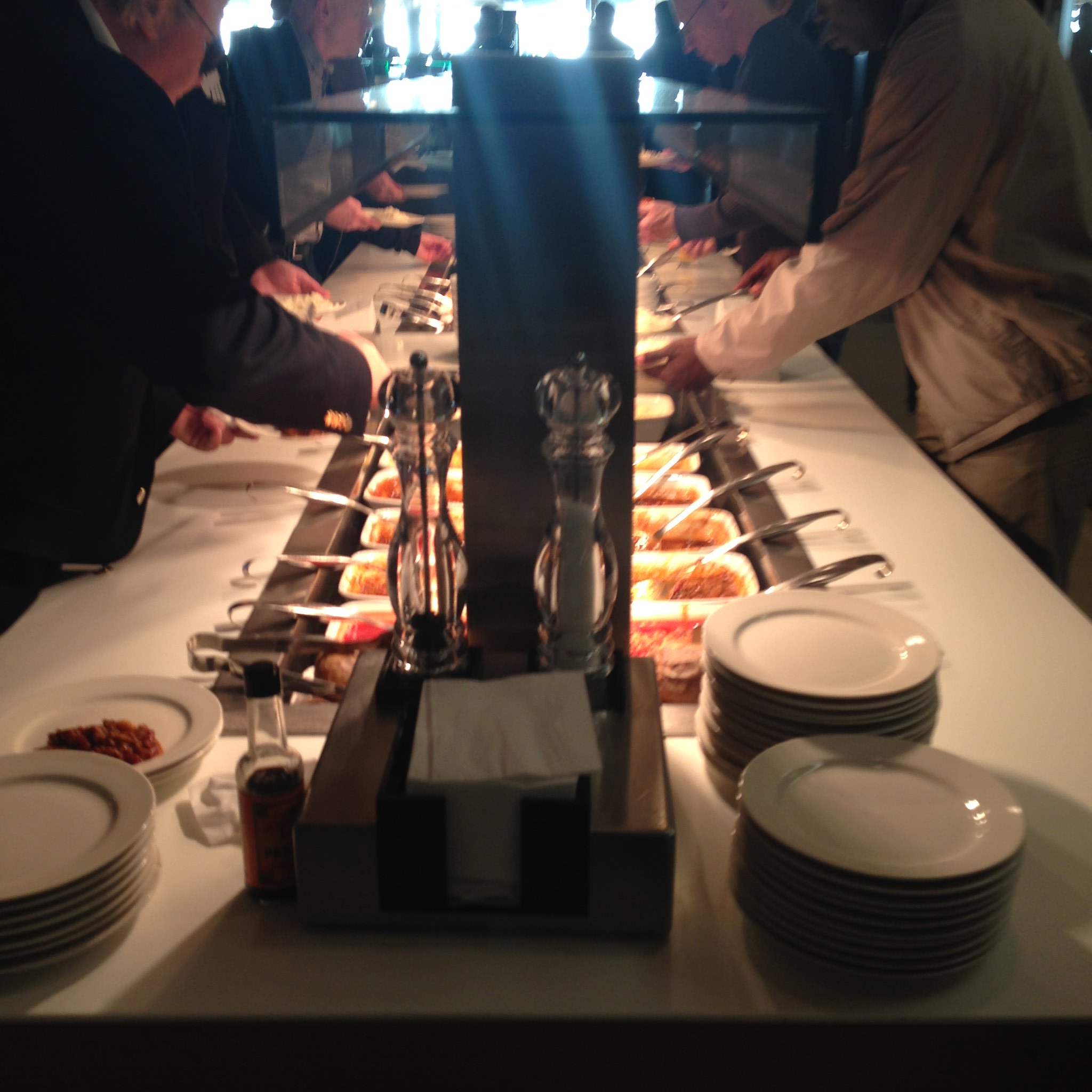 The hot station was quite a disappointment – I had rice with some coq au vin and chili con carne. It was really like bad cafeteria food. Next time, I think I’m just going to grab some kettle chips. The beverage offering is pretty decent, though.

Wifi is fast, but just don’t come here expecting any peace. The lounge was more like a glorified cafeteria, whereby there are some barriers to entry. 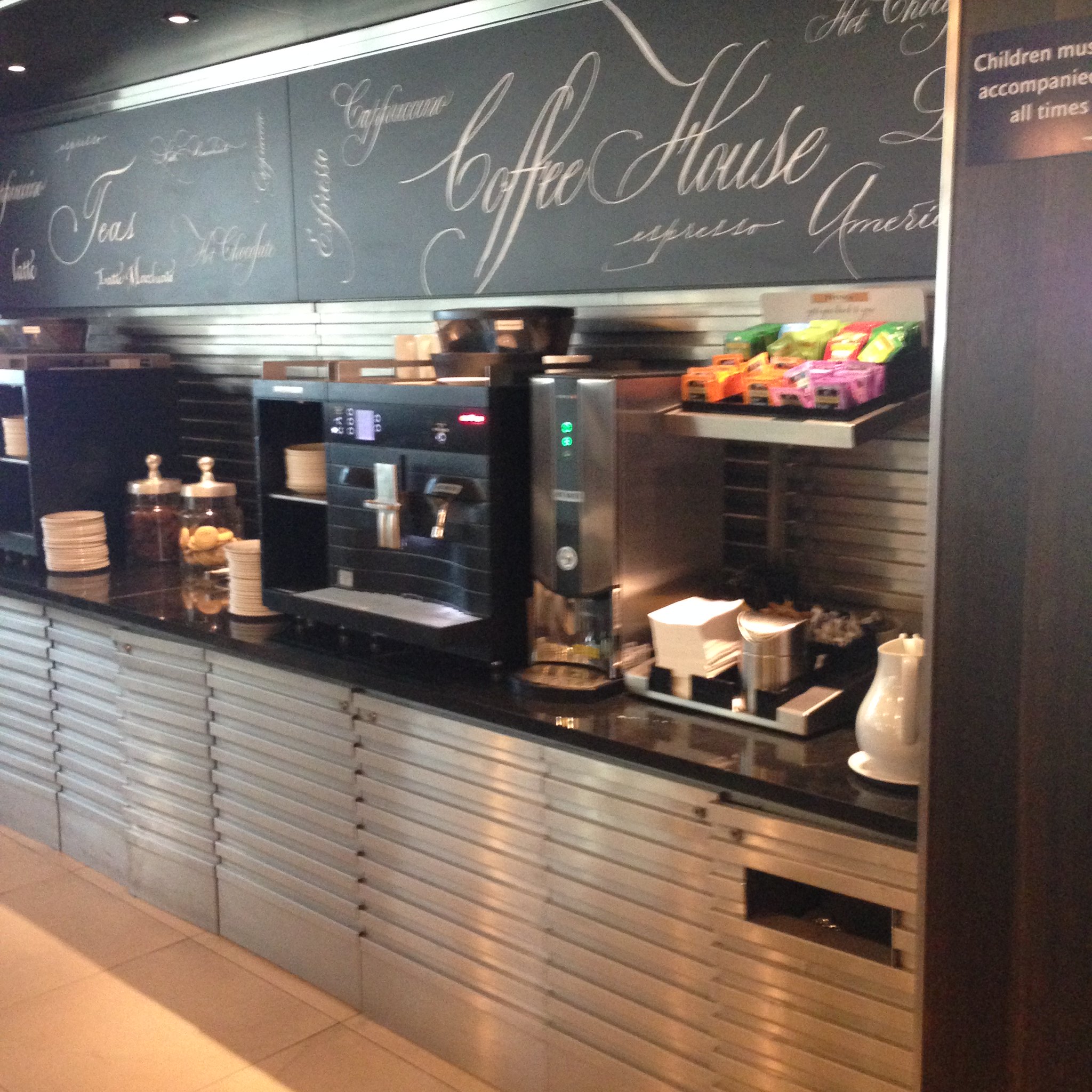