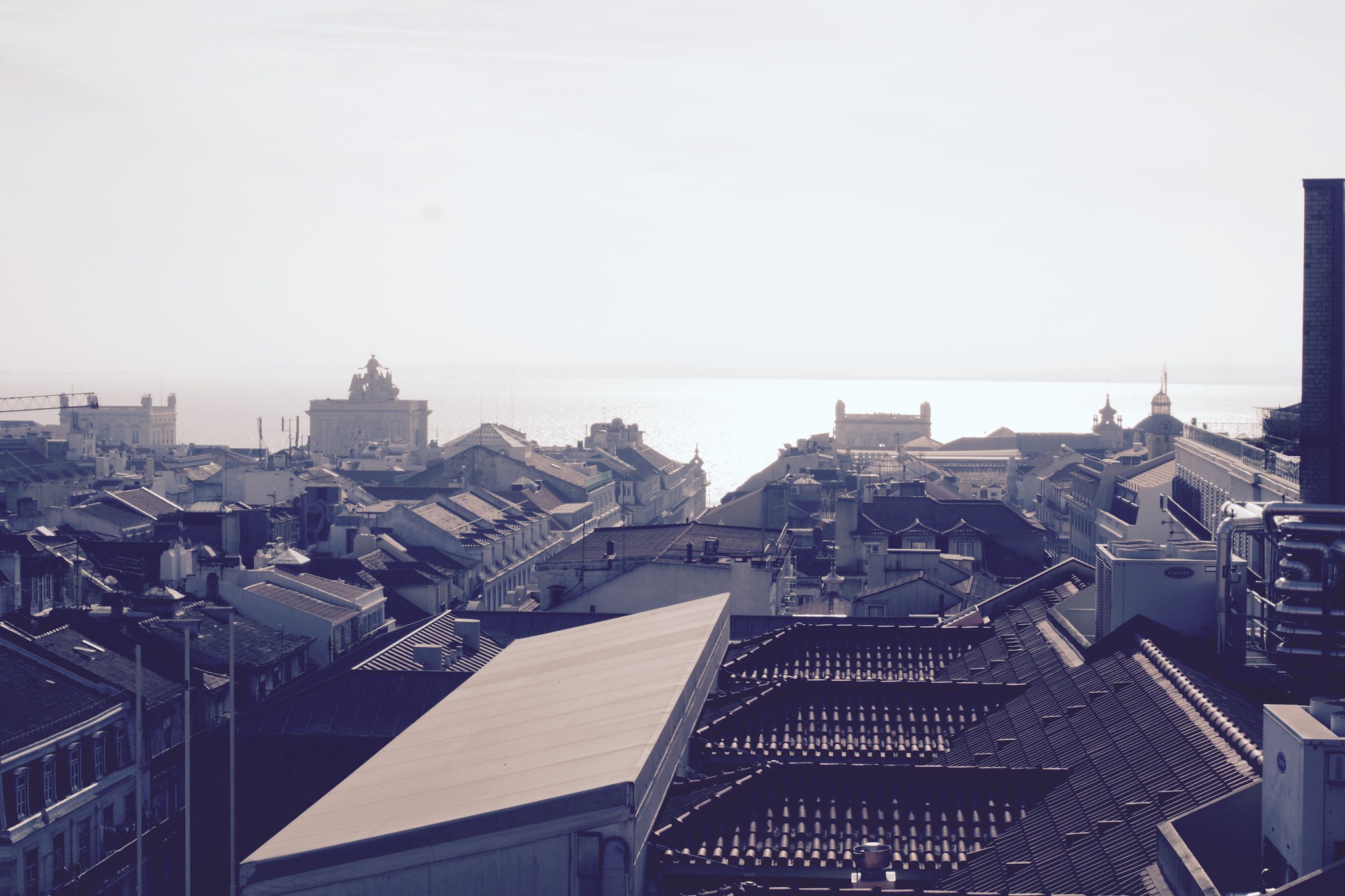 I somehow survived the overnight in Madrid without changing a single Euro. But now that I am in Lisbon, I did need some Euros. Since it is the holiday seasons, and my trip in Europe is rather short, I didn’t have too much time to compare prices, and just sucked it up, by changing my money at the airport. I got a rate of 1 USD = 0.86 EUR. There were no fees. For what it’s worth, when I went by the Western Union at the Russio train station, the rate was 1 USD = 0.93 EUR. I am not sure if they charge fees for doing the change. But if you have some time, it might make sense for you to change a minimal amount at the airport, and change more money when you get into town.

Getting into Lisbon via public transport is easy. The airport is connected to the metro system, and it takes about 25 mins to get into town. The metro system has machines for you to buy their ticket (Viagem, 0.50 EUR), and there’s an English menu. You have a few options, you can choose to do a pay-per-trip (I think it’s 2 EUR). In my case, I knew I was going to hit town right after check-in, so I bought a day pass (6 EUR for 24 hrs). It probably took all of 30 mins for me to hit my hotel, since I had to change to the Blue line, and exit at Parque station. The metro stations are actually pretty cool – there is a lot of public art in the different stations. Parque station had a nautical theme, with some ghoulish sea creatures.

After dumping all my stuff at the hotel, I headed back to the metro station, and from Parque, it took about 5 mins to get to Baixa-Chiado, which is the tourist-y part of town. Walking down the Rue Augusta, I hit the tram station in front of Praca do Comercio. The timing was perfect, as I saw Tram 15 pull into the tram station, so I made a quick dash, and hopped onto the tram. The tram ride from Baixa to Belem probably took about 15 mins or so. It was one of the modern, un-sexy trams, but had greater capacity for passengers. 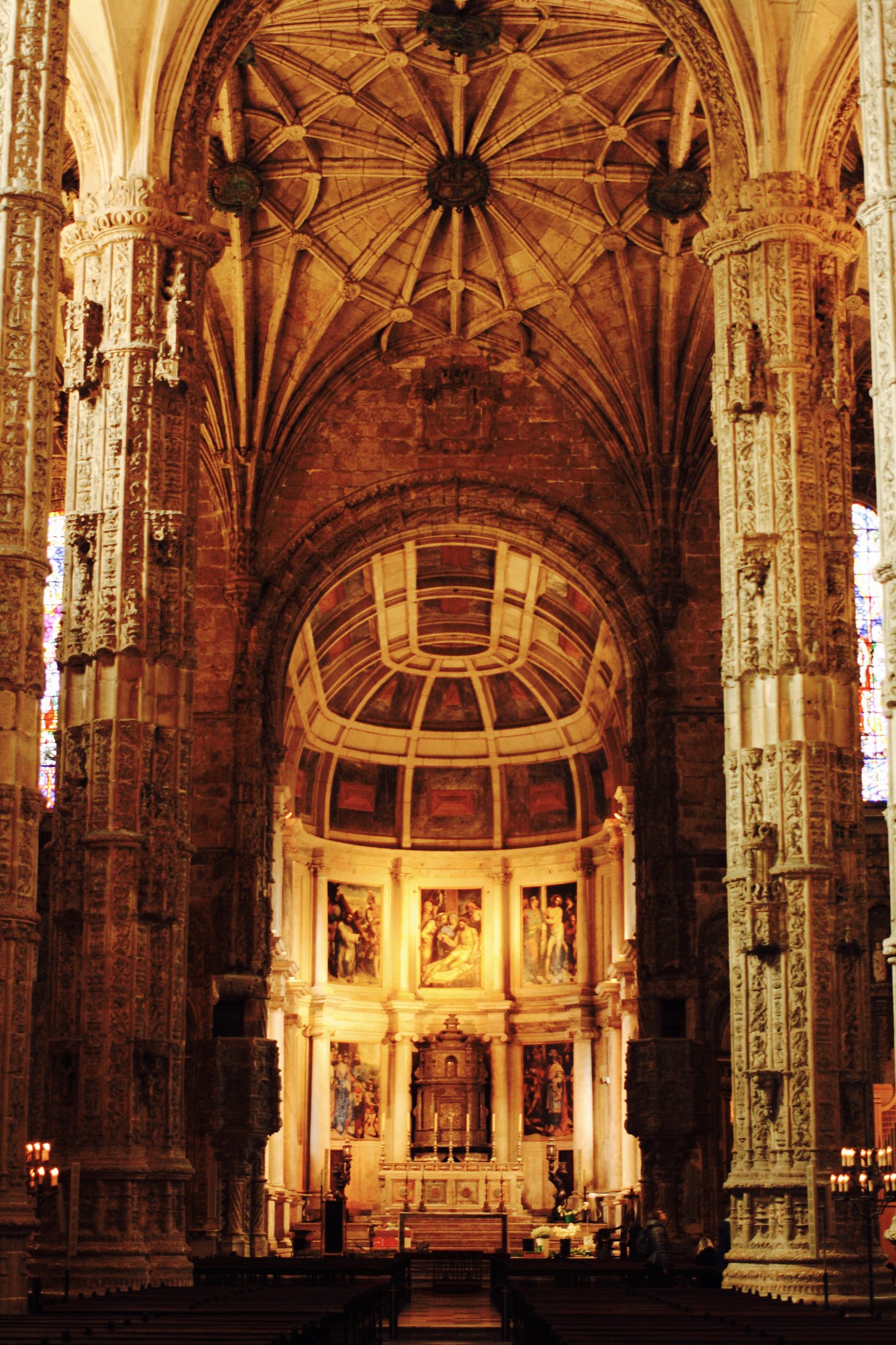 I was hoping that the Jeronimos Monastery would be open, but unfortunately, it appeared closed. The cathedral part of it was open, and I think it is home to many of Portugal’s greats, poets, etc. Architecture was pretty gothic. The sad thing about many tourist attractions is that it’s hard to find peace even in sights of worship. Once the selfie stick comes out, it all goes to hell. I did sit in a pew for a little bit. I’m guessing this place is more of a madhouse in the summer months.

The neighborhood of Jeronimos is pretty nice. There are many large squares and parks around, so if you want to hang around after visiting Belem Tower, the monastery and museums, it’s not a bad spot to grab some pastries, or have lunch. 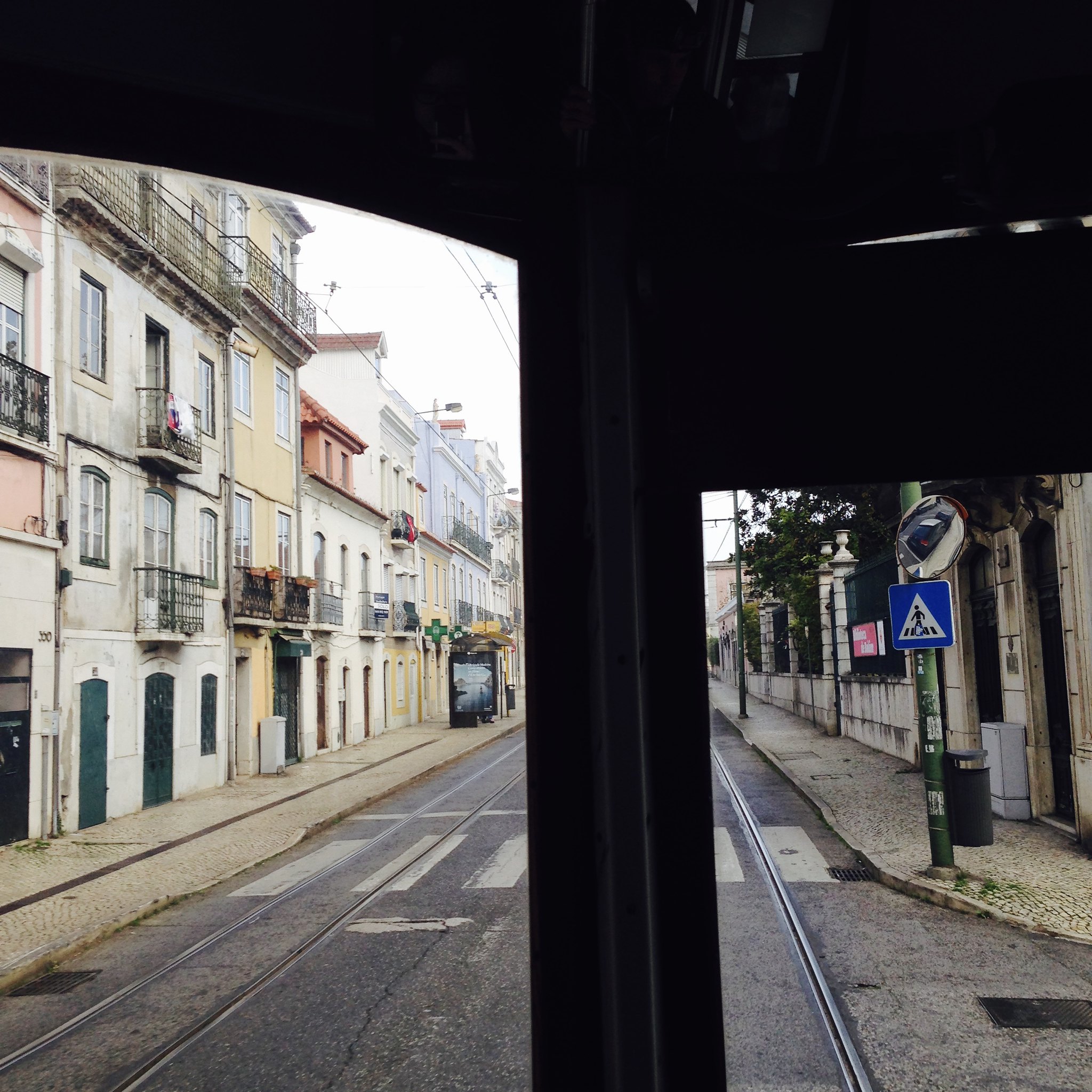 On the way back, I managed to get on one of the older trams, which is included in the day pass. It was a slow ride, obviously, but I’ve always liked standing behind tram drivers, and seeing the city from that viewpoint. I do find the haphazardness of Lisbon to be charming. I am guessing that navigating those crazy hilly streets on a daily basis would be a bitch, but for a 48-hr whirlwind tour, it is actually quite a bit of fun! After ending back in Praca do Comercio, I decided to explore Baixa. Well, if you are into shopping and tourist traps, it’s not too shabby. I did really want to eat, but I couldn’t bite. I think every fiber of my being resists walking into a tourist trap.

After strolling around for a bit, I eventually wound up in the Confiteria Nacional. They have a fun ticket system, where you grab a ticket, and wait to be called before you get your pastries. It seemed very popular, and claim a century-old history. I can’t understand Portuguese, so I didn’t do the ticket thing. But they do have a little snack/cafeteria thing on the upper level, which is less busy, and offers some amazing views of Rossio Square. I went with the patented pointing method, and got myself a Portuguese egg tart, and a latte for 2.40 EUR. I also lucked out, as a lady vacated a prime window spot, so I colonized that, and did some reading for an hour. 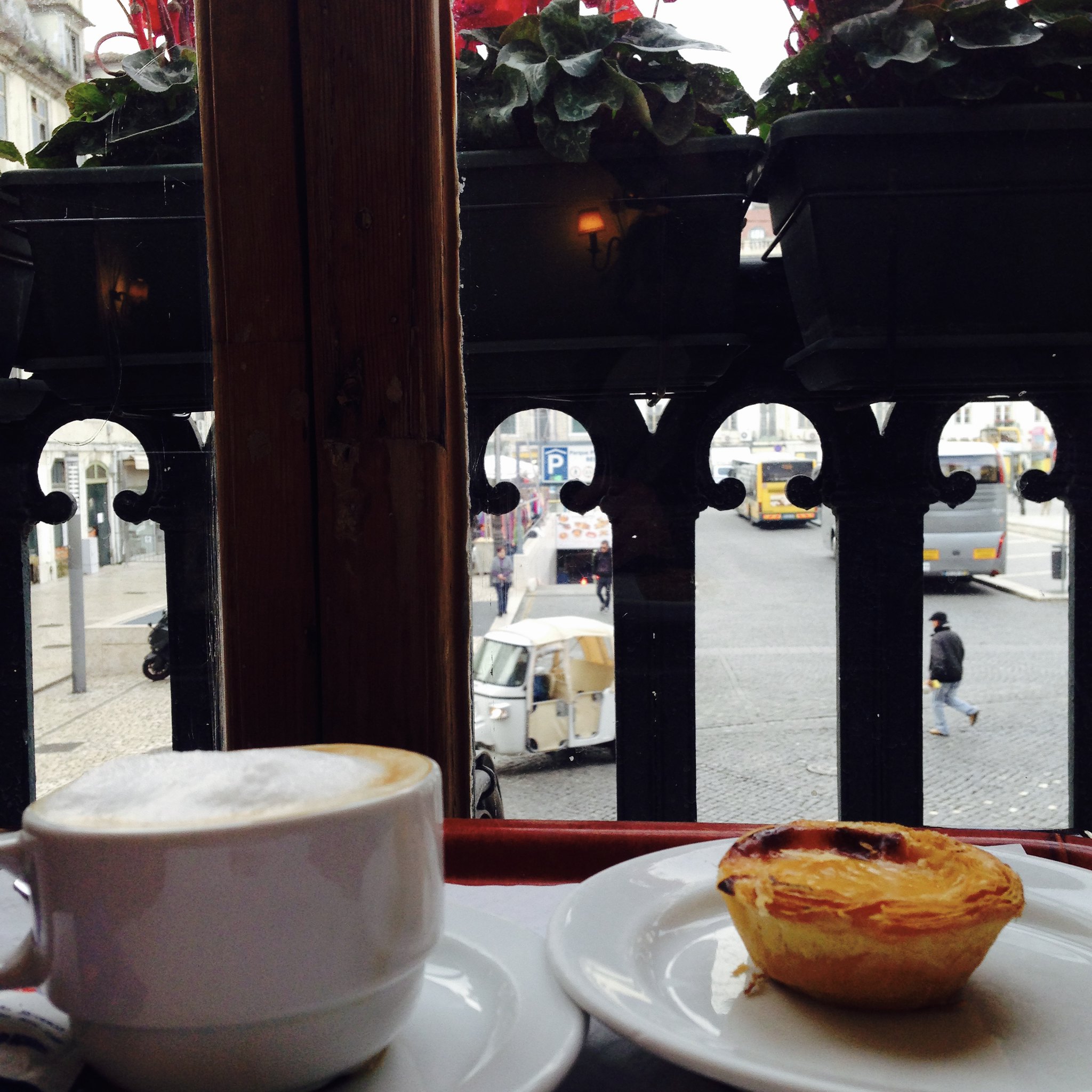 After an early dinner, I decided to just stroll around, and ended up walking up Chiado, much of it was closed due to it being Christmas eve. As I slowly moved down Chiado, and ended up on a tram stop, I saw tram 28 (a recommended tram) pull into a tram station. I had designated it for the next day, but what the heck? I jumped onto the rather empty tram 28, and enjoyed the ride, as it wound up Alfama neighborhood. I enjoyed how closed in the buildings are, and how narrow the streets are. 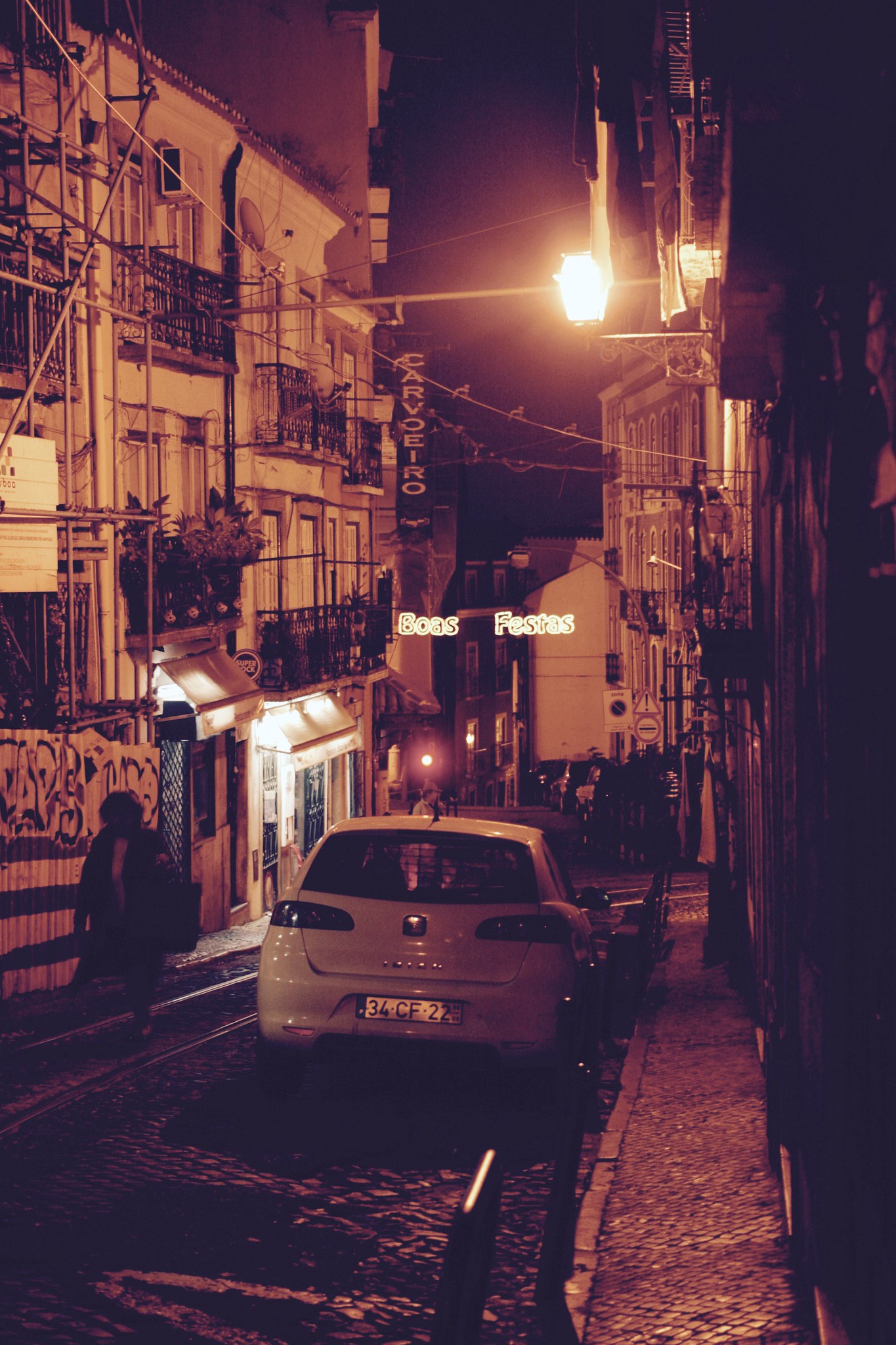 It being the holidays, the trams are actually on shortened service, so before I knew it, I was making my way back to town on foot (I was actually waiting for a tram down, but after 20 mins, I gave up, walked from station to station, and before I knew it, I was back in town). The leisurely stroll probably took about 40 mins. The stroll down was actually quite easy and enjoyable, but some poor tourists were actually making their way up, and one lady was actually walking up the uneven streets barefoot, while her husband carried her heels. I hope their accommodations aren’t too far up! 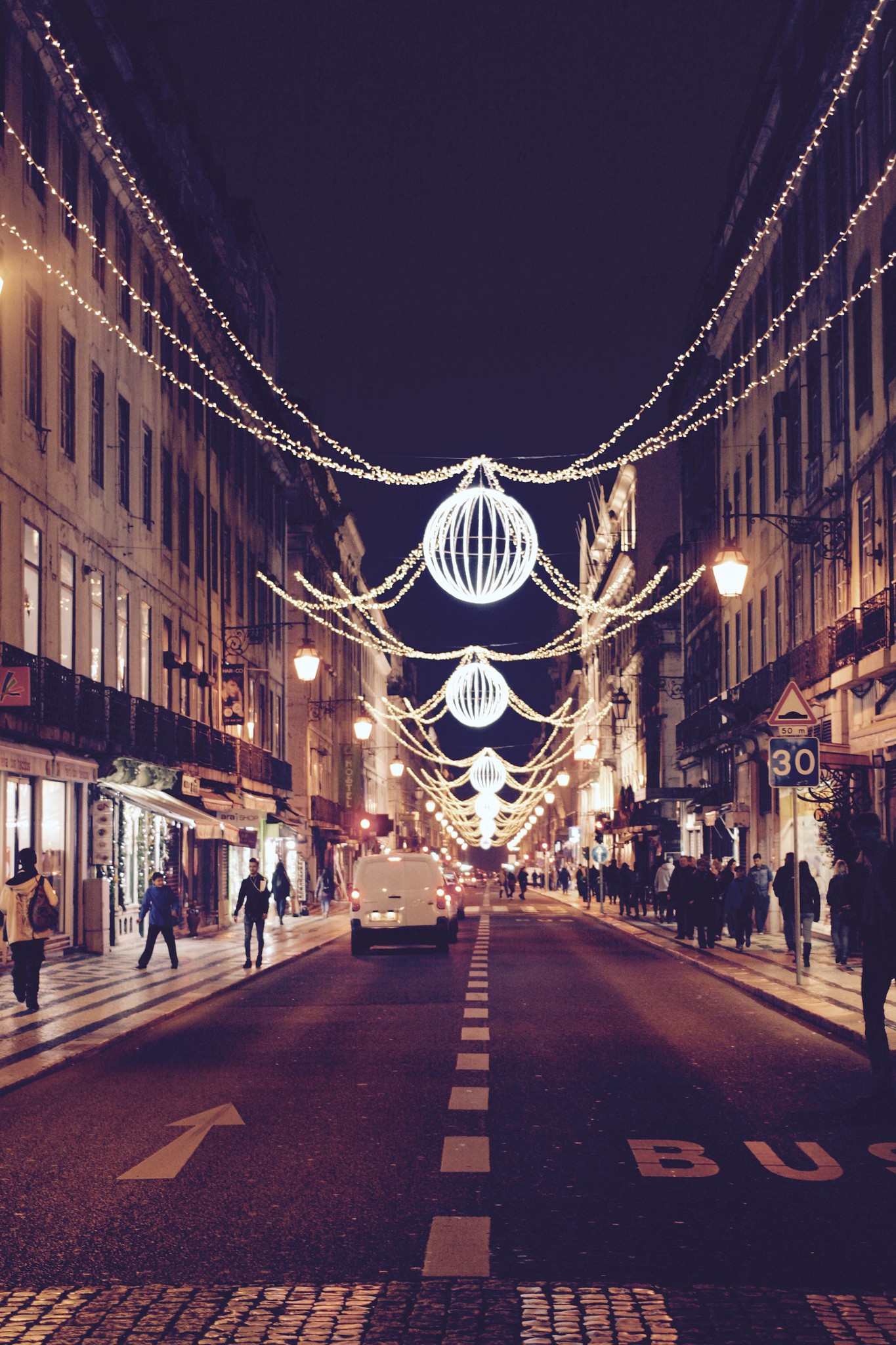 Accommodation: 27 EUR (I stayed at a 4-star hotel)