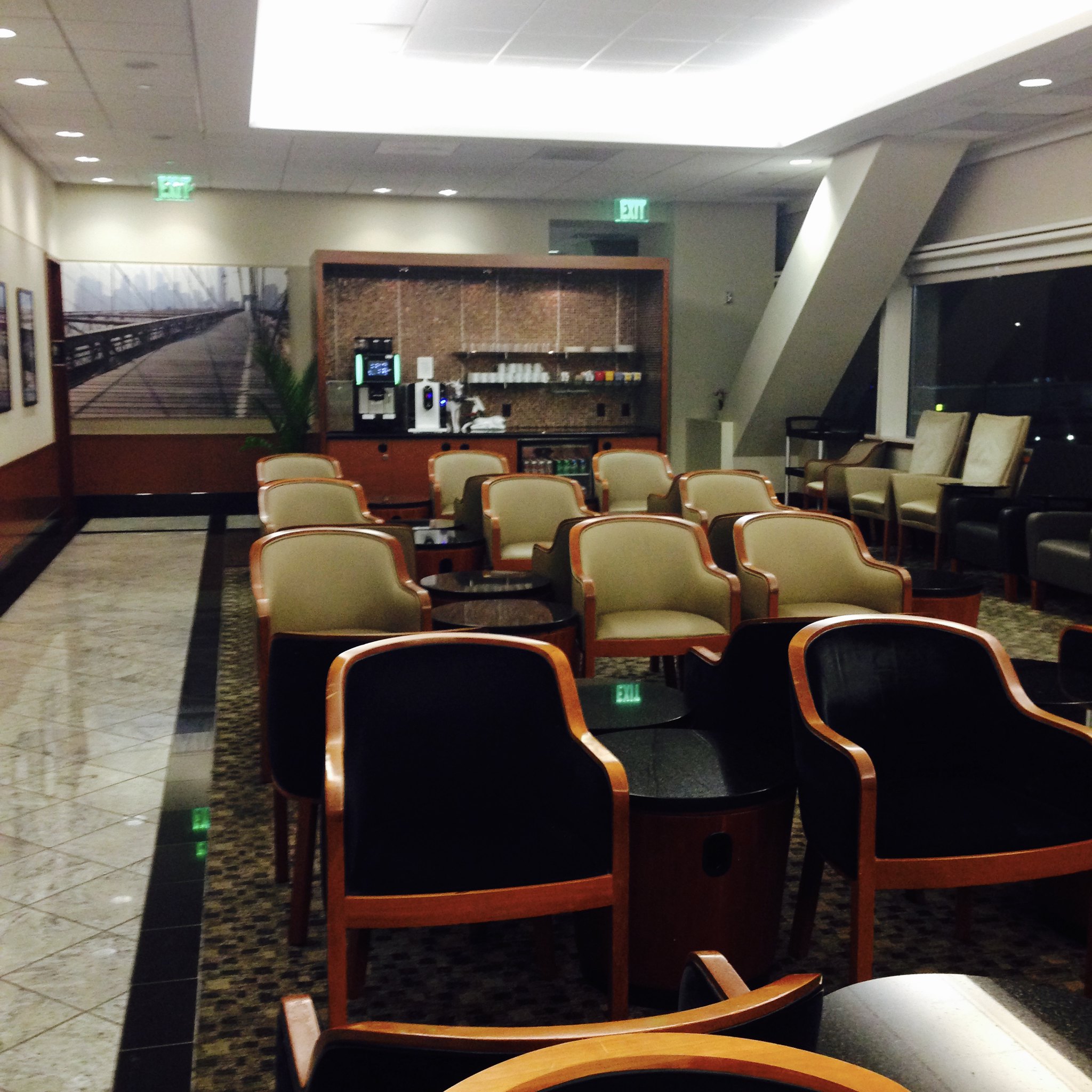 Air France/KLM, located in SFO International Terminal A, was recently added to the Priority Pass network, and this is definitely a positive development. Generally, it has lots of positives going for it, with one exception – the dearth of power points!

The lounge is divided into three areas: a work area, a sofa area, and the food/entertainment area.

Upon entry, the first area is the sofa area. It was curiously empty when I went there (~7 pm on Thursday). It consists mainly of a caffeine station – espresso machine, teas, sodas in the mini fridge.

The work area is a sectioned out room in the main sofa area. There are individual work stations with power plugs. But for some reason or other, I found it unappealing, as it felt somewhat claustrophobic. When my laptop ran out of juice, I actually opted to sit in the airport, rather than work in the lounge. 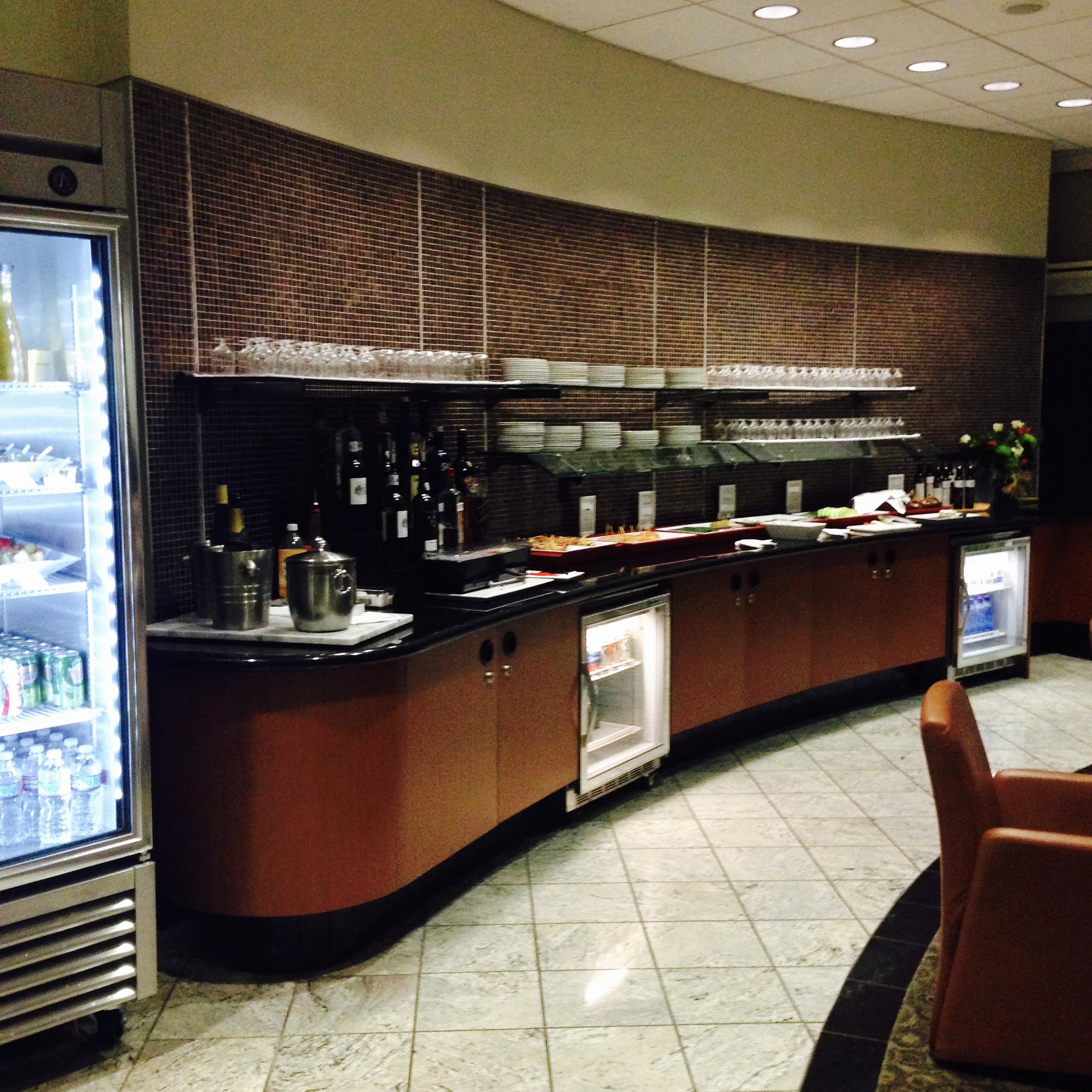 The food/entertainment/the-only-two-power-plugs/TV area seemed to be the center of this lounge’s gravity. The food consists mostly of finger sandwiches, some cheese, breads, and some salads in the fridge. It is pretty decent. While I don’t drink, the alcohol selection seems pretty fine – Johnny Walker Black Label, Skyy Vodka, Beaumont Champagne, and some red and white wines. 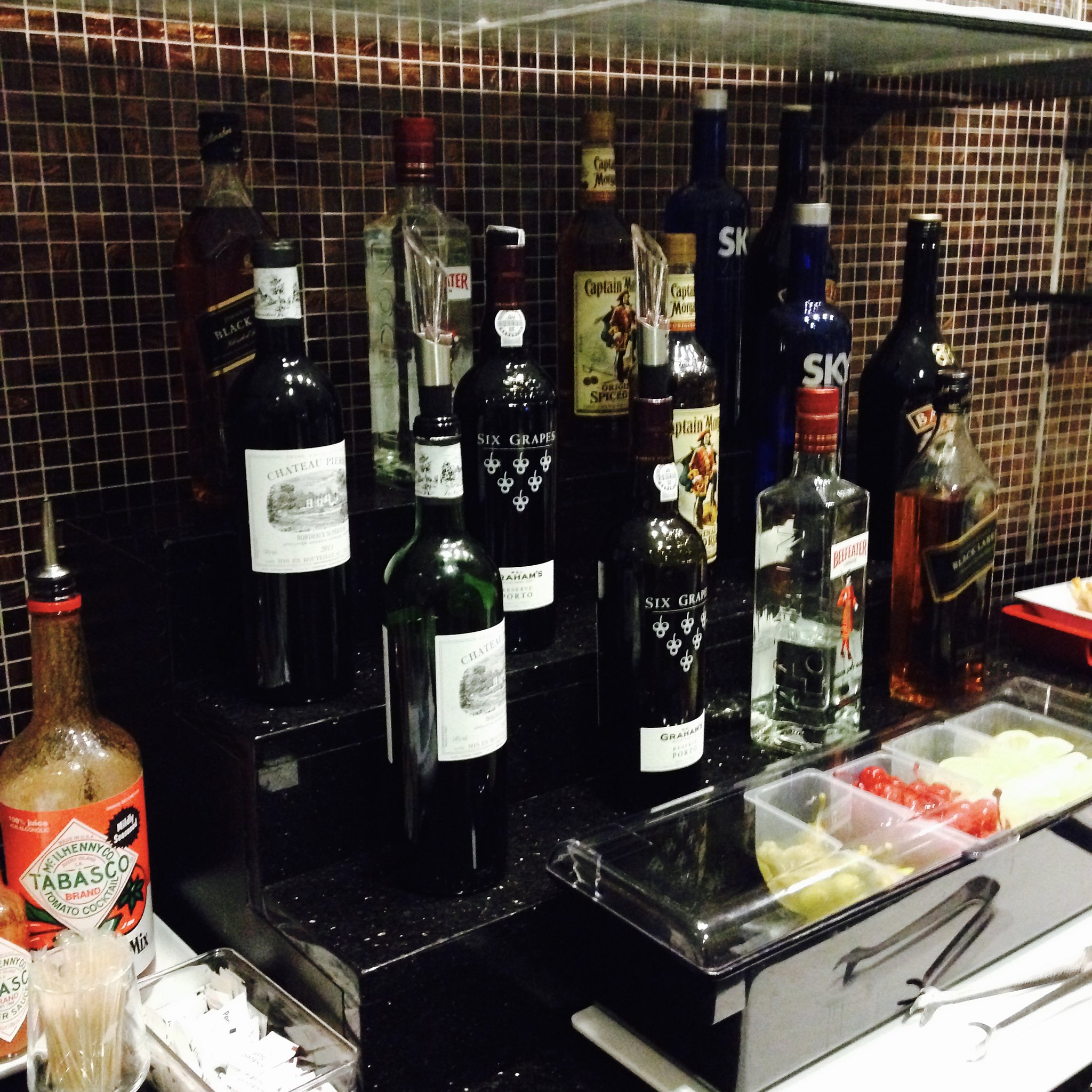 The service here was actually the positive surprise. One of the servers directed me to one of the two power outlets, without me asking (apparently people hunting for power outlets have a look!). Also, when they made a fresh batch of ham baguettes, the servers went around asking if any of those in the lounge would care for some. There’s nothing like someone bringing you a warm baguette!

The lounge has spotty wifi, but generally, it was a nice place to wait for a plane – just pre-charge your electronics before coming here! 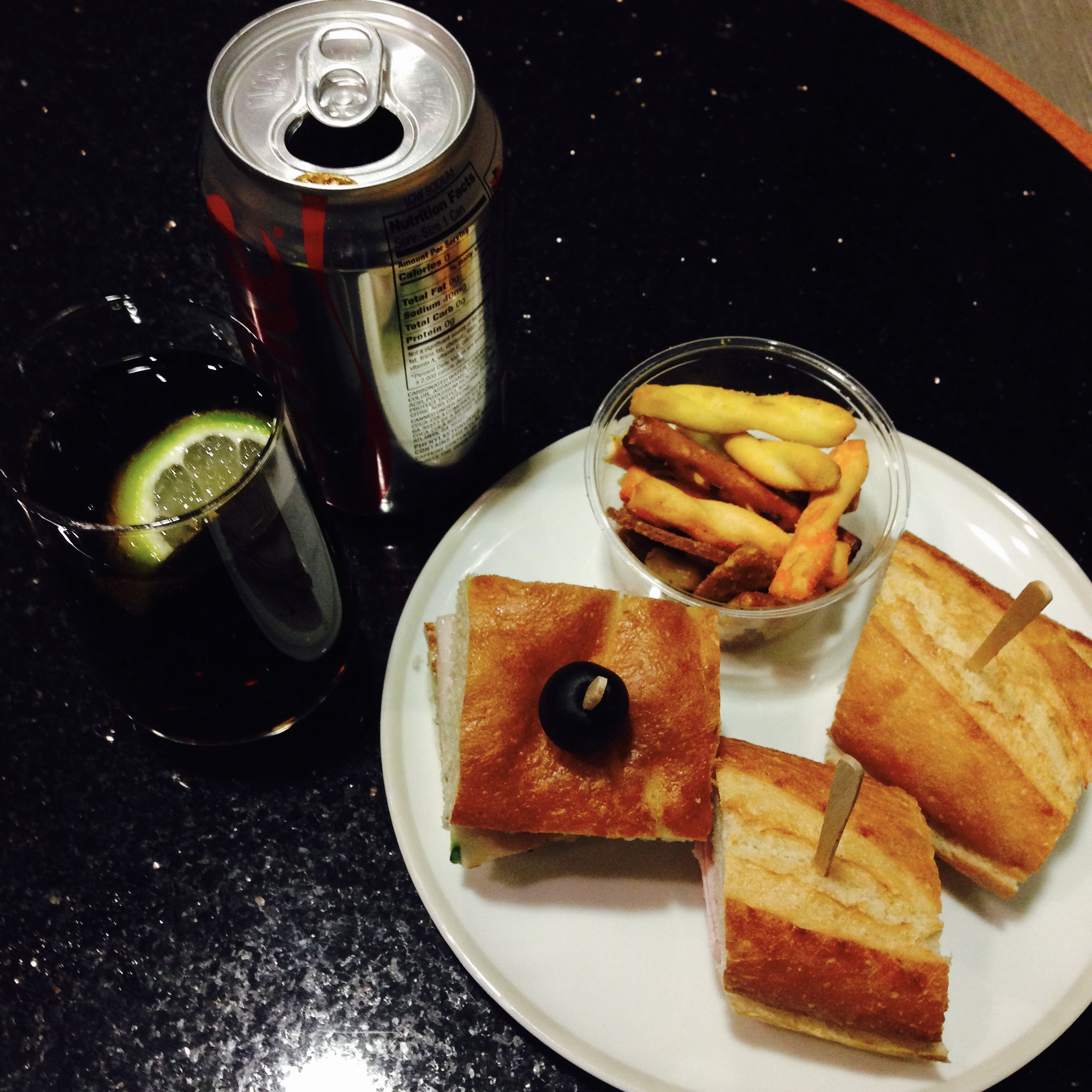