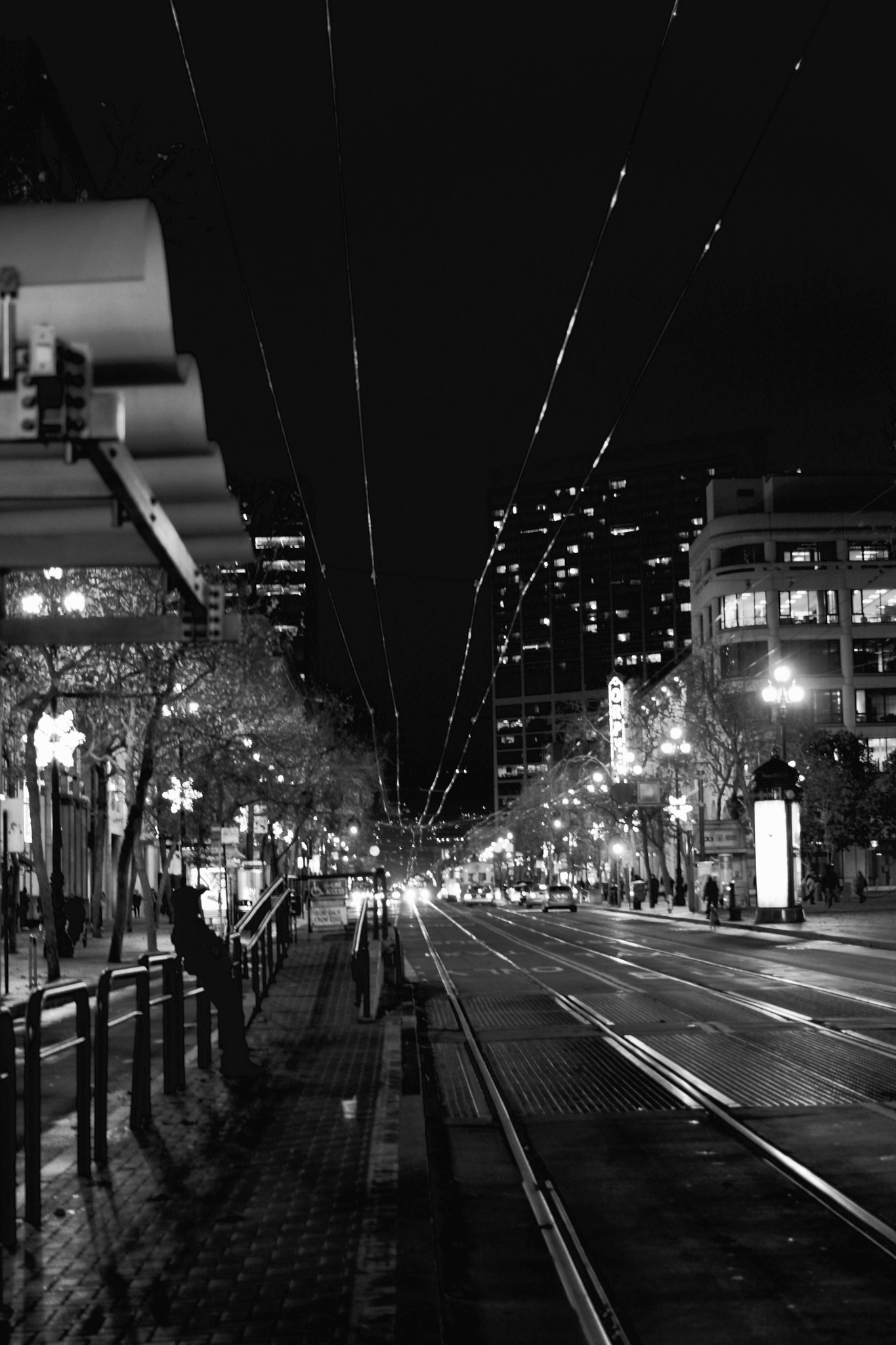 I had to do a segment run to qualify for elite status with American Airlines, and since I have some Thank You points lying around, I made a redemption for a day-trip to San Francisco. What started out as a simple SEA-SFO-SEA 6hr-ish day trip turned into quite an adventure, and an amazing customer service recovery by Alaska Air.

When I got to Seatac airport, I found out that my SEA-SFO flight was diverted to SJC, due to SFO traffic control issues. I was already feeling rather angsty about the whole process, as that cuts down the time I have in San Francisco significantly. I was supposed to arrive at SFO at 12.05, but with the added coach transfer from SJC-SFO, I only boarded the AirTrain at 13.22. To add to my angst, I checked the Alaska Airlines app, and discovered that my flight from SFO-SEA would be delayed by more than an hour. What was supposed to be a 20.30 departure, 22.30 arrival is turning into a 22.00 departure, 24.00 arrival. As the bus rolled from SJC to SFO, I got even more cranky, because I realized that in the past year of flying with Alaska, I was only on time once in six flights. On the other five flights, the plane arrived more than an hour late, and for one of them, I even missed my connection to PTY, leading to a re-route from LAX-MEX-PTY to LAX-SJO-PTY. I was so cranky that I contacted Alaska Airlines via twitter (more on that later).

After arriving at SFO, I quickly got on the AirTrain, and got to the BART. This time, I bought my return ticket on the BART, to minimize the hassle of buying another ticket on the way back. I dropped off on Embarcadero, and went to Rubio’s for lunch. 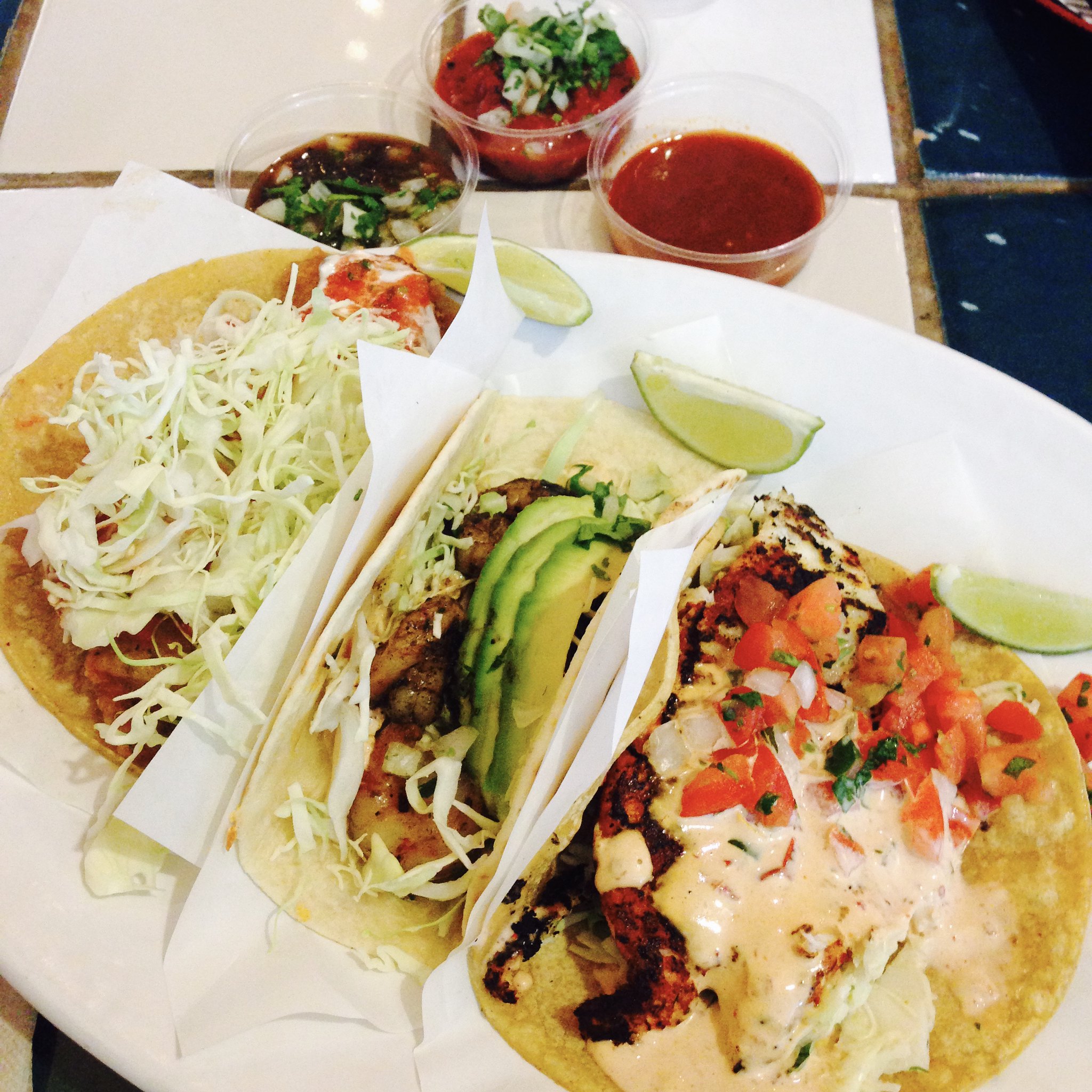 I must say, I generally don’t think highly of Business Insider’s travel/food recommendations, but boy, Rubio’s was awesome! I got the Coastal Trio ($10), which features a grilled tilapia taco, a grilled shrimp taco, and their signature (fried) fish taco. They also have a salsa bar, catering to a full range of heat-tolerance. I went with the smoked chipotle, picante, and diablo (the last one did pack some heat). Man, those were some tasty tacos. I wasn’t too impressed with the signature fish taco, but their grilled shrimp and grilled tilapia tacos tasted amazing, with or without the extra salsa. If you are in the vicinity of one, I do recommend you pop in.

Since I had some time, I decided to check out more of San Francisco this time round. I walked down Market Street, and really loved the architecture. It is always interesting to look up the streets that feed into Market Street, and check out those hills of San Francisco. I eventually turned up Powell Street, which is served by the famous tourist cable car, before stopping at Union Square – the second part of my mission for today was to locate a cafe, and do my work there, but unfortunately, my phone ran out of juice, so I had to sit for a bit, and charge up my phone using my laptop. 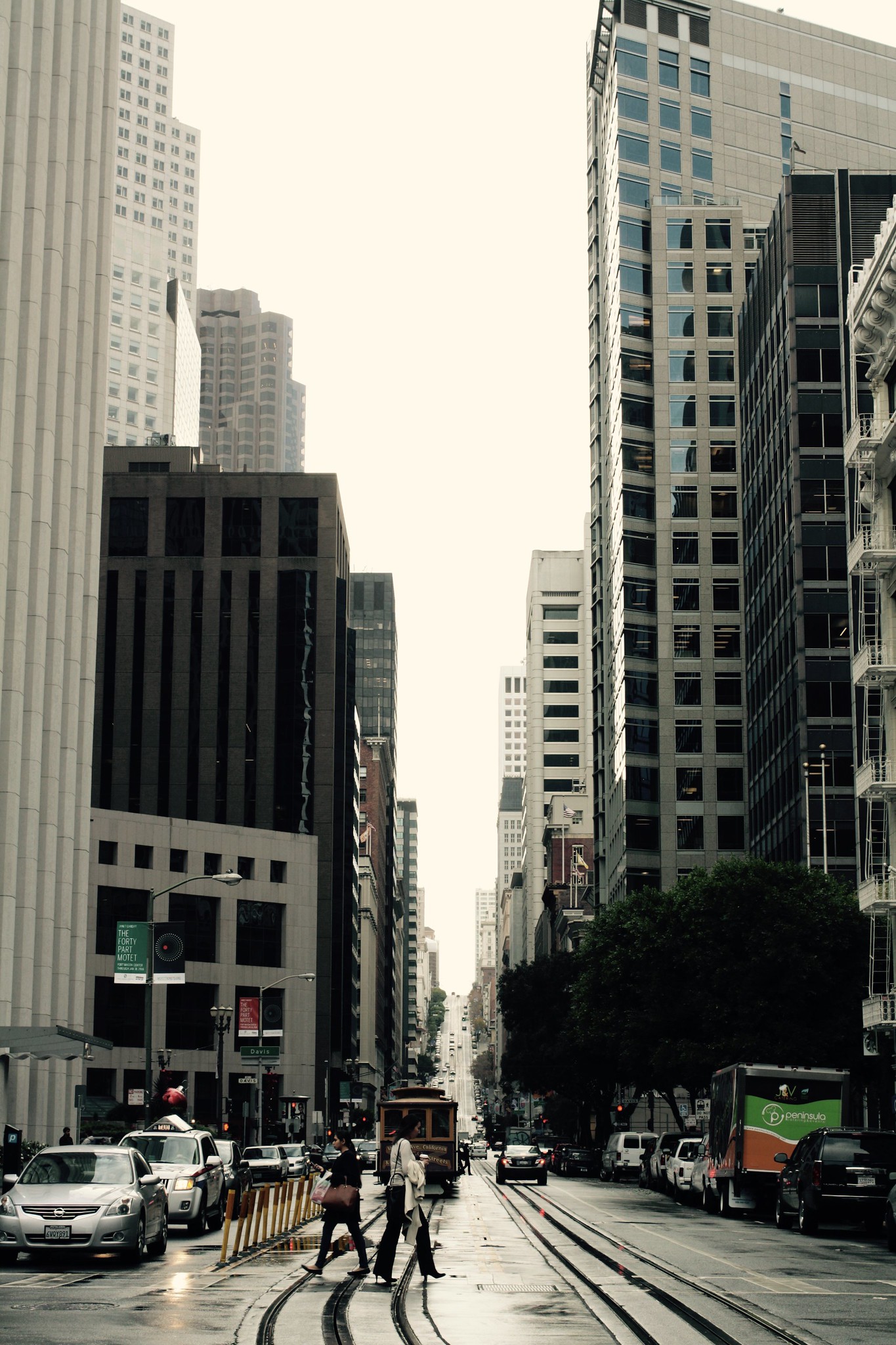 At Union Square, I discovered that Alaska Airlines CS had responded to my tweet. They offered some compensation for all the inconveniences of my day. I thought it was really quick and responsive of their CS. I would say that despite me having the worst luck with them, they are generally quite communicative about all their delays. When I was waiting to board my very late flight later in the evening, the gate agents seemed genuinely apologetic about the flight’s long delay.

So, apparently, I let google make decisions for me these days. In any case, while looking up cafes at Union Square, google spit up Sightglass Coffee. Sightglass coffee is an indy coffee shop located in Soma, a couple of blocks walk from Civic Center BART station. They focus on small batch productions, and this particular location is also their headquarters, where they roast their coffee on premise. 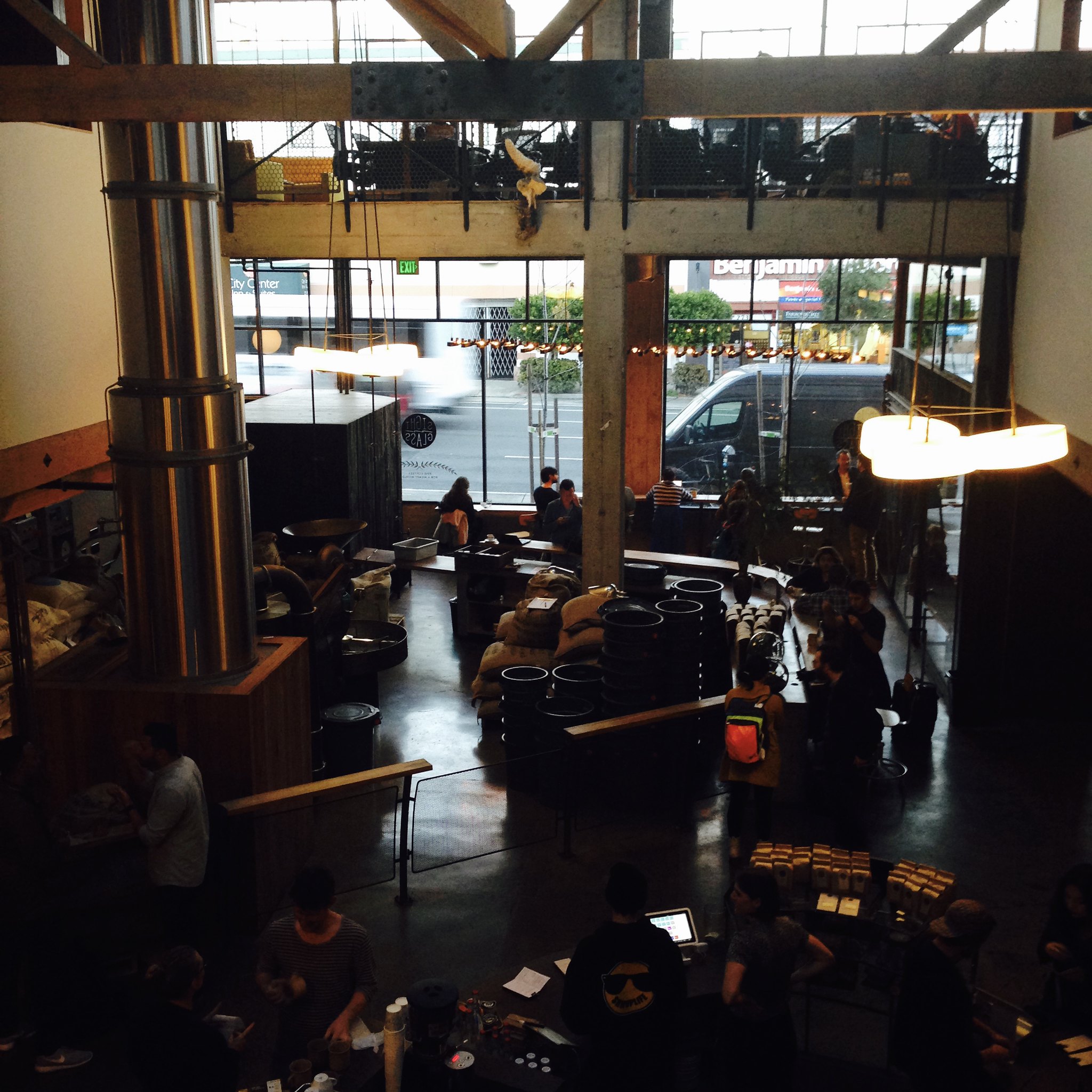 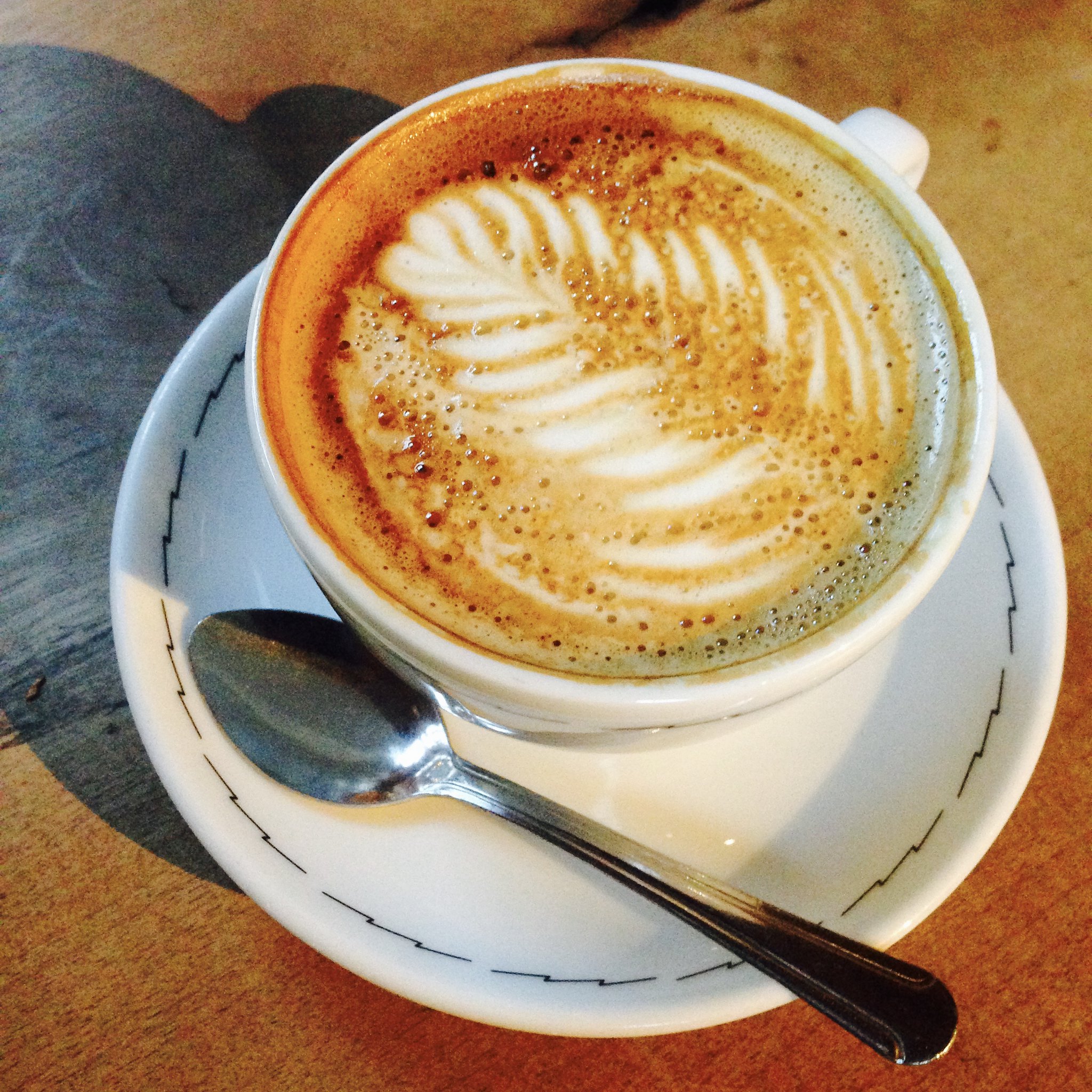 The space is gorgeous, and features all the things I like – industrial design, high ceilings (tri-level), coffee bar, large windows. Erm, it might be a San Francisco thing, but they do not offer free wifi, and I couldn’t find any power points either. This would be a good balls-to-the-wall place if you are working on something, and trying to hammer it out before the juice on your laptop runs out. Also, without wifi, you can work distraction free? It could also be a good place to like, you know, chat with people, for real. A basic latte runs around $5. At around 18.30 or so, I decided to make my way back to SFO for my flight back to SEA. That concludes my rather short day-trip to San Francisco.