The highlight of the day was a day-trip to Fussen for the two castles perged on the moutains, namely Hohenschwangau, and Neuschwanstein.

A funny incident happened after the purchase of the castle entrance tickets; due to false assumptions, I got lost TWICE, but thankfully, after enquiring at the information office, I was sent in the right direction, and in time for the tour too! Enroute, I saw the LARGEST piles of horse poop ever, wish I had taken a picture of those!

Hohenschwangau is the family home of Ludwig, and it’s set in a picturesque area with a lake, surrounded by hamlets. Compared to Neuschwanstein, although it’s a more homely and habitable place, making it believable as a home with people living in it.

Neuschwanstein by comparison is definitely a flight of fantasy, be it the carved wood, or the decorated frescoes! In fact, I was told that Ludwig’s bed alone took 2 wholes years to carve. Linked to his grand architectural dreams, is his equally fascinating life. Touted to be the ‘mad’ king, his life and death is shrouded in mystery. It is said that he’s a strong swimmer who could swim from one end of the lake to the other, but his cause of death was drowning. Weird!

Despite all warnings from my guide books of crowds, I did not see overwhelming numbers in Schwangau. Apart from the relatively sparse population, and the wonderful castles, what made the day-trip enjoyable, was the hikes that I had to take, to get to the castle, as well as the spectacular scenery that I got from the Marienbrucke. This is a place worth returning! 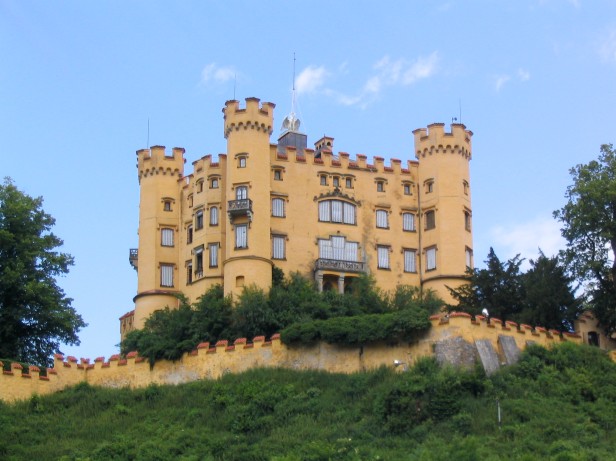 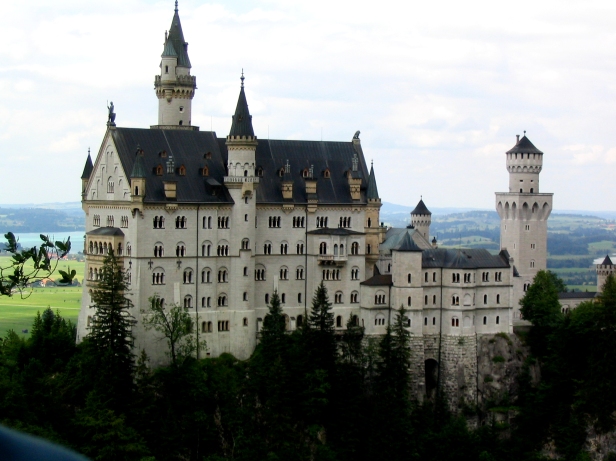