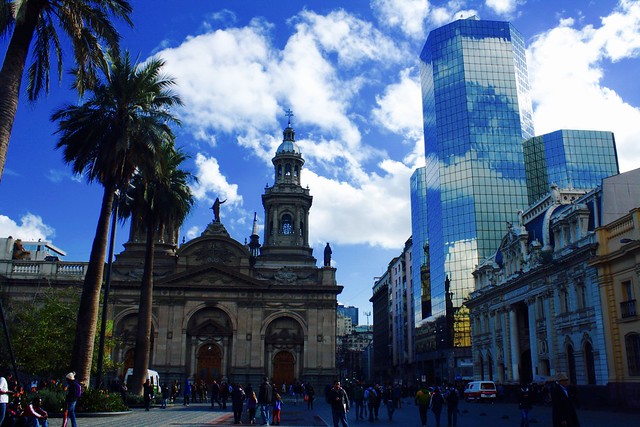 The morning was spent mattress-running (for Hyatt Diamond status) once again – after eating breakfast at Hyatt Place Santiago, I took an uber to Grand Hyatt Santiago. Mattress-running can be quite unpleasant. After arriving at the Hyatt Place Santiago (which is quite perfectly decent) and deciding it’s a zoo, I cancelled my last night with the Hyatt Place and rebooked my last night with the Grand Hyatt instead. What was a 5 min uber ride turned into quite a joyride, because the Uber app actually redirected the driver to some other place. Yikes!

The Grand Hyatt is much more conveniently located. The Santiago metro station is about 1km (~0.6miles) away from the nearest subway system, so after settling into my room for a bit, I ventured out. The area around the Hyatts is mostly office space, and a large mall, but the area near the metro station has some nice looking cafes. 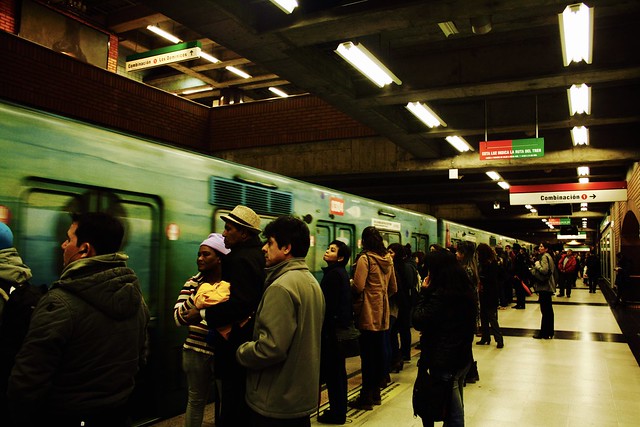 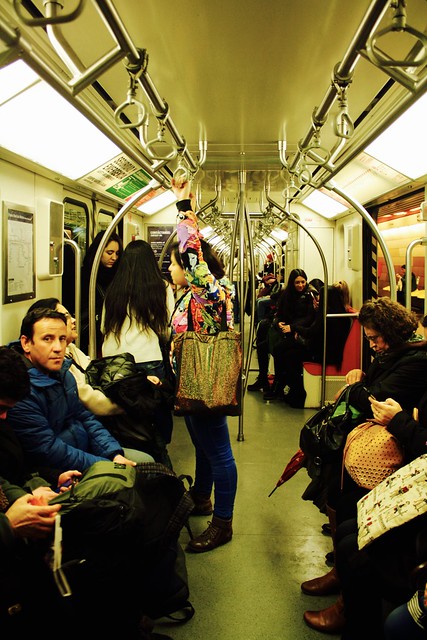 Arriving at the Manquehue metro station, after some mad gesturing on my part, I managed to get myself a BIP (their metro card) and got it recharged for enough money to take me to town. After studying the metro map for a bit, I concluded the Plaza de Armas station will allow me to hit most of the central attractions.

Taking the metro in Santiago was an amazing experience. I’m not sure if this is a regular feature, or a standard feature, but they had the poetry of the most famous Chilean poets plastered along the interior of the metro car, so you can read some poetry on your train ride, should you have forgotten to take your reading material. This was also a reminder for me to go get a copy of Pablo Neruda’s works. Exiting the metro car at Plaza de Armas station, they also have a little branch of the Santiago library network for those who wish to borrow/return books. It’s really an excellent system if you want to encourage more literacy in a culture. 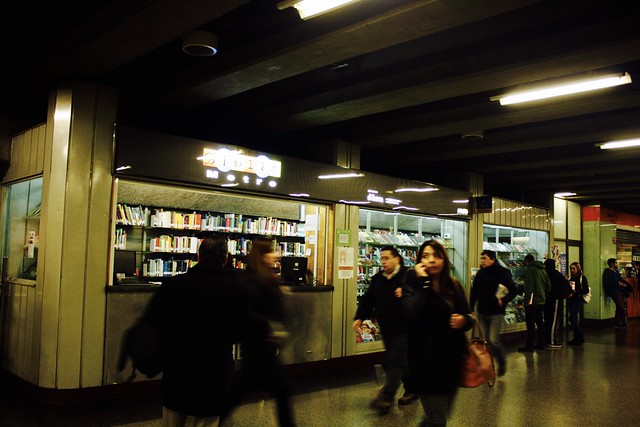 I actually just walked around the town square for a little bit, around the Catedral Metropolitana de Santiago and the post office. These are very imposing structures, and in the main square, there’s a nice little pavilion, where a very intense chess tournament was going on at this point. Taking a right street, there were shops on both sides of the street. Some of these doors actually opened into large modern malls. Santiago has some cool traffic signals. When the man turns green, the LEDs actually move, to reflect how much time you have left for the crossing. For instance, when you’re left with less than ten seconds, the LED will start making rapid long strides to urge some urgency in your crossing. Also, I don’t quite know what to make of Santiago. I tried to walk towards the market, but as I was doing that, through some mad gesturing, some cops on patrol indicated to me that the area is not safe, not particularly because I had my camera slinging around. 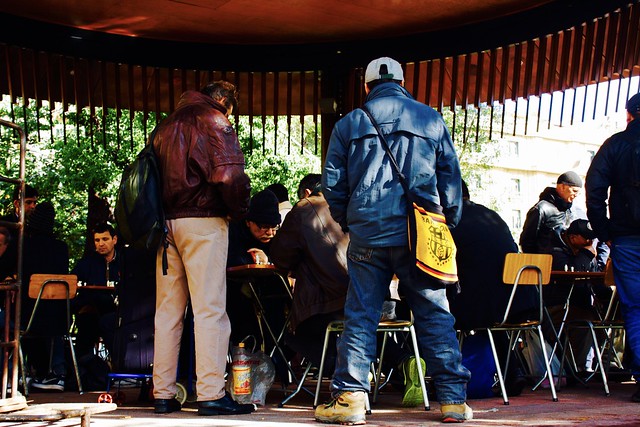 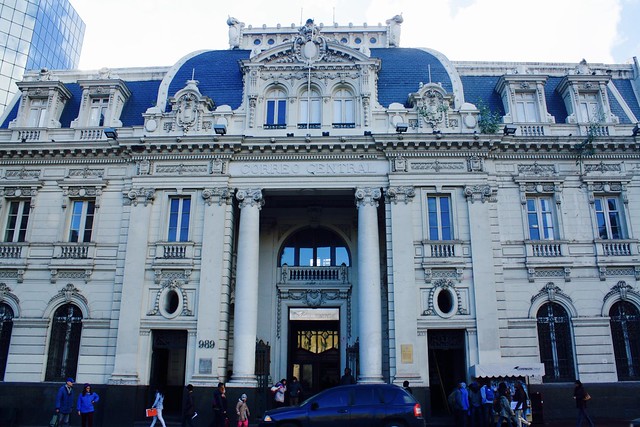 I was getting to the point of fatigue on the trip, and started seeking the familiar, so I simply ducked into the mall, and got some KFC, because I’ve been craving for fried chicken for a while. After stuffing my face, I simply took a metro back to the hotel, and enjoyed the complimentary evening hors d’oeuvres, which was excellent. The Grand Hyatt Club Lounge also offers a gorgeous view of the Andes. As the sun slowly set, I saw the different cars winding down the same snowy hairpins that I descended the night before. 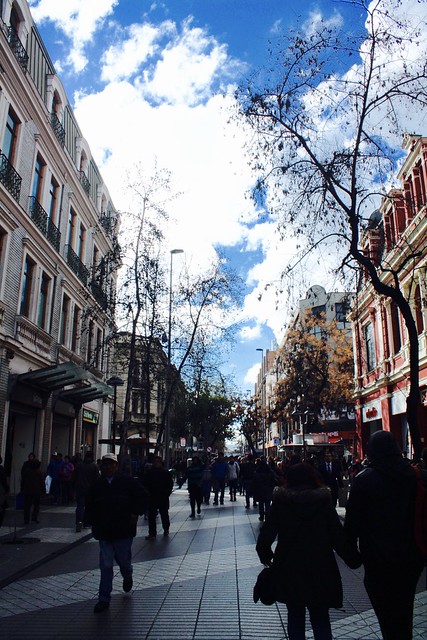 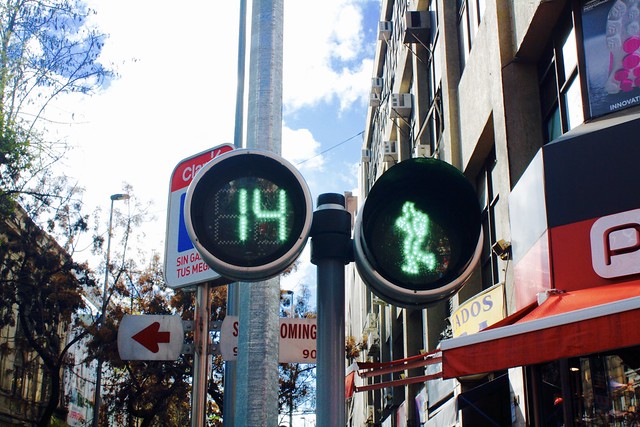