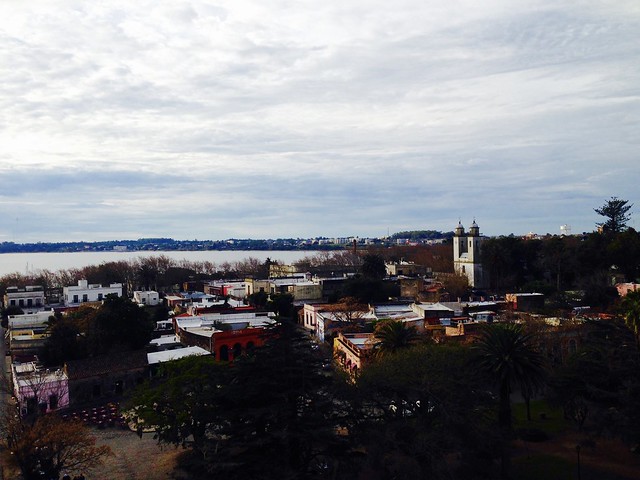 Our grand plan today involved getting from Montevideo to Colonia. Colonia is a UNESCO World Heritage site that was built in the 1500s as a Portuguese town, and a fortification of sorts. It’s about 3 hrs by bus from Montevideo, and 1.5 hrs by a fast ferry from Buenos Aires.

The night before, I checked online, and seeing that buses run from Montevideo to Colonia 20 past the hour almost every hour, I decided to just wing it when we get to the bus station. At around 11.45 or so, we checked out of the hotel, and got an Uber to bring us to the bus station (we were running out of Uruguay Pesos, and didn’t want to change more). It was a longer-than-expected 20 min ride, because there were traffic diversions.

We arrived at the bus ticketing counter at 12.05, got the last two seats on the bus by the lav (argh!), and hopped onto the bus by 12.10. Sitting beside the lav isn’t ideal, but it does beat waiting another hour for the next round of buses. We paid 330 per person for the 3 hour bus ride, and with that, we spent the last of our Uruguay Pesos.

The bus ride was uneventful, and rolled by the bucolic Uruguayan countryside. It made several stops along the way. It probably pays to do more research than we did, and find out which bus offers the most direct route, because our meandering bus ride took about three hours. At around 3.30 or so, we arrived at the Colonia del Sacramento bus station, which is across the street from the ferry terminal. 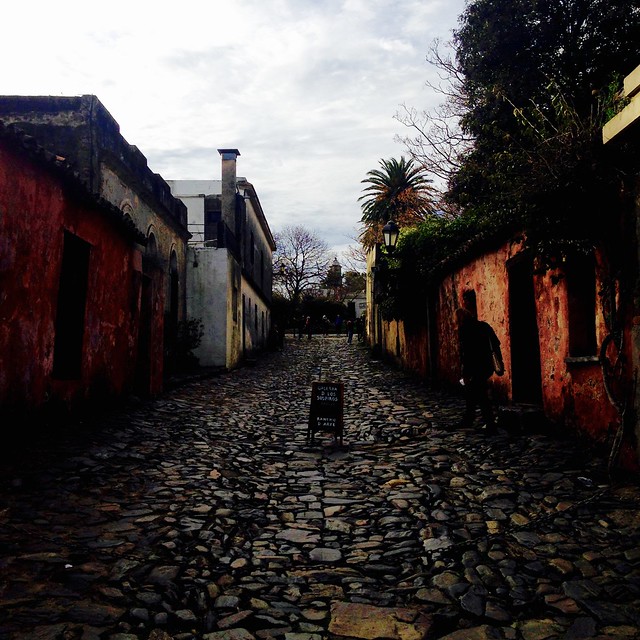 We walked some 15 min or so to the fortified town of Colonia, the site of the UNESCO World Heritage site. The area has very clear signage, and maps are located around the little town, with different points of interest. While the +1 was climbing the fortifications and jumping over mud puddles, I just took it easy as I was getting increasingly hangry, not having eaten a thing the whole day.

Despite my increasing hangry-ness, we decided to climb up the lighthouse for a bird’s eye view of the Rio de la Plata and the town of Colonia.  As a very tourist-y town, Colonia takes you can pay in Argentinian Pesos or Uruguayan Pesos. Uruguayan Pesos offer the best rate, but if you aren’t looking to go change money, Argentinian Pesos will be accepted at a shitty rate. The lighthouse was kinda nice, but we wouldn’t recommend it for taller people. It did get to be quite a squeeze with visitors, even though the ticket vendors do manage foot traffic. We had a bit of trouble getting to the top, because it is pretty hard to climb to the top with a bag. We had to relay our bags up before climbing up. I’d still recommend hiking up, though. 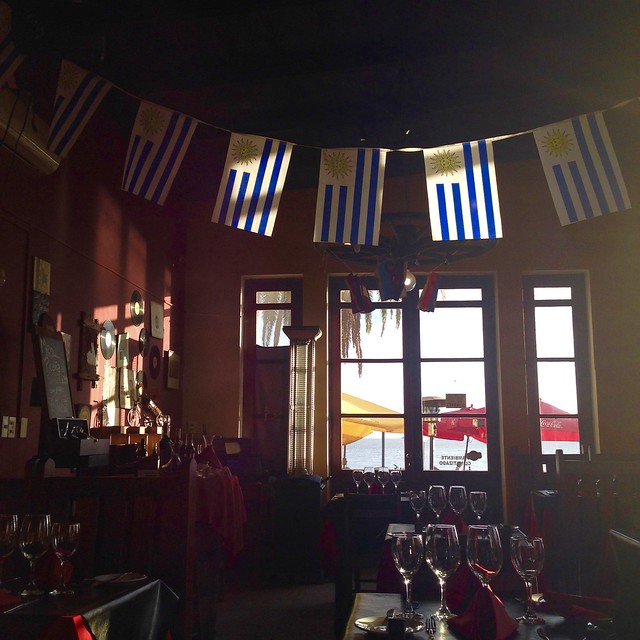 After the lighthouse, I was done. By this point, all I wanted was to sit down and eat. Unfortunately, a lot of the restaurants in the square were closed, because the day trip tourists have left, and so many restaurant operators make the decision to close shop. We had to walk to the edges of the square to find a restaurant that had a kitchen that was still operating. We wound up at Santa Rita (the +1 said they have bad reviews on Google, but whatever – beggars can’t be choosers). 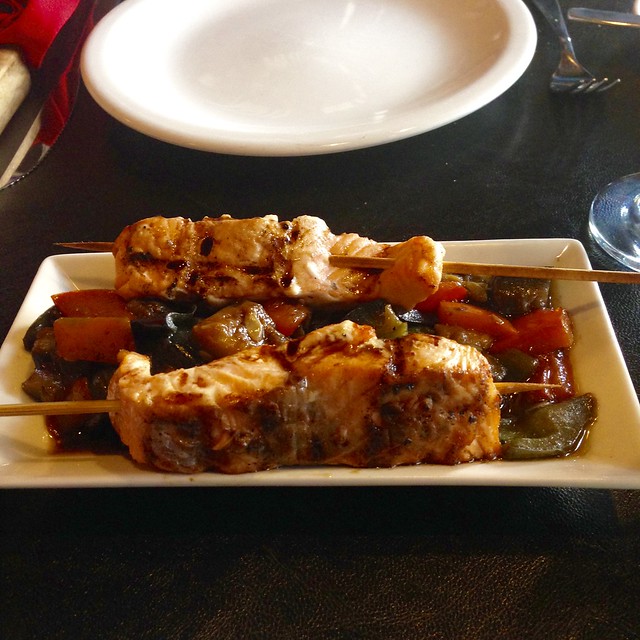 They started us off with a bread course. We had salmon skewers and ordered a Santa Rita paella. We thought the salmon skewers were great. I thought the Santa Rita paella was so-so, but given how hungry I was, I couldn’t care less. It was perfectly edible. We also enjoyed a sunset by the restaurant. The dinner set us back by $50 for two of us. As our hotel was some ways from the town of Colonia itself, they also called a taxi for us to take us to our hotel. 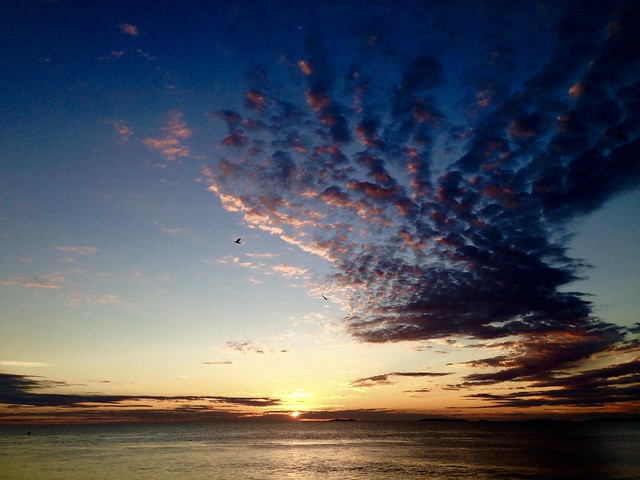