Today is the only Sunday that we’ll be in Buenos Aires. I read about the San Telmo market, and really wanted to go, so this was the top item on our agenda. But first, we needed some Argentinian Pesos.

We were directed by the hotel staff to a mall with a cambio, but on our way there, we walked by a tour agency, and wound up changing our money there. With Pesos in hand, we can now take a cab (we still couldn’t find Uber).

The San Telmo market’s focal point is Dorrego Plaza. The cab (~90 Pesos, or 6 USD for a 2 mile ride from Recoleta) dropped us off a block or two from the market, as the streets around Dorrego Plaza are closed on Sundays for the fair.

There’s quite a mishmash of stuff – things you might find in your grandparents’ basement, and other random knick knacks. There are also musical performances, and if you can find the elusive tango, let me know about it. Compared to the quiet elegance of Recoleta, the San Telmo area is very lively. I also enjoyed the graffiti in the area. 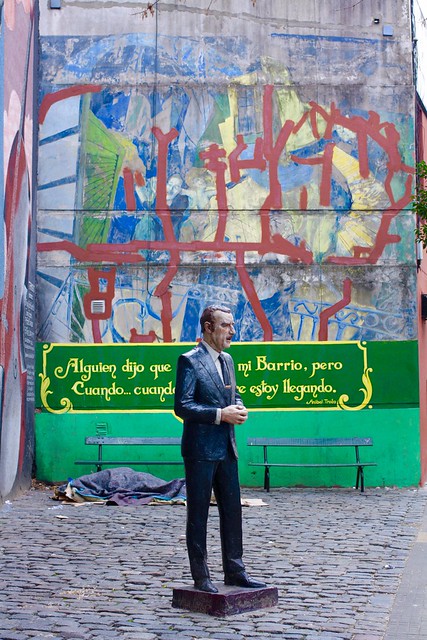 After navigating through throngs of humans, we walked past a private museum, the El Zanjon, and decided to take a tour. The El Zanjon is the restored house of a former wealthy merchant from the late 1800s – early 1900s. Apparently the rich merchants built some crazy underground tunnels to channel the sewage away from the streets so they can have the amenities of living close to the port without the unpleasantries. The tour was 160 AR, and lasted for 40 min. The historian in me thinks that it could have been done better, but it’s not a bad way to pass some time and learn something about Buenos Aires’ early history. 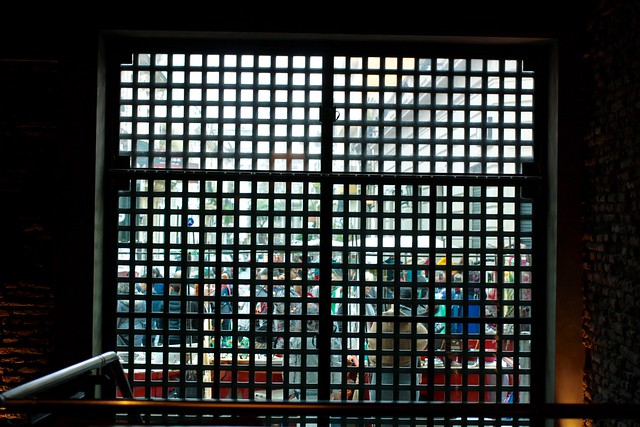 Today, it is the +1’s turn to decide on our dinner, and he wanted burgers. Apparently he heard good things about burgers in South America. We apparently drove by a place called Burger 54 on our way to the hotel the last night, and he wanted to check it out. So we got into a cab, and went back to the Recoleta area, or rather, the area between Recoleta and Centro. The burgers were pretty decent, well-priced, and I highly recommend the fries. 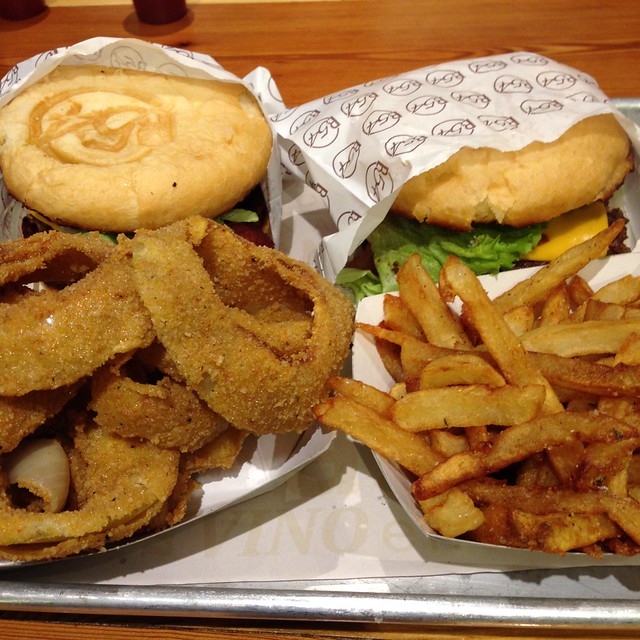 There was a super positive to us eating at Burger 54. Ever since I read about this beautiful bookshop inside a former theater – El Ateneo Grand Splendid – I always wanted to visit it. I knew it was within reasonable walking distance from our hotel, so after our dinner, I looked, and it turns out, it’s on the next block from Burger 54. Even if you don’t like books, do check it out. It’s beautiful inside, and just for kicks, you can sit in one of the box seats and read a little. The stage of the opera house is now a restaurant, and has live piano on the weekends.