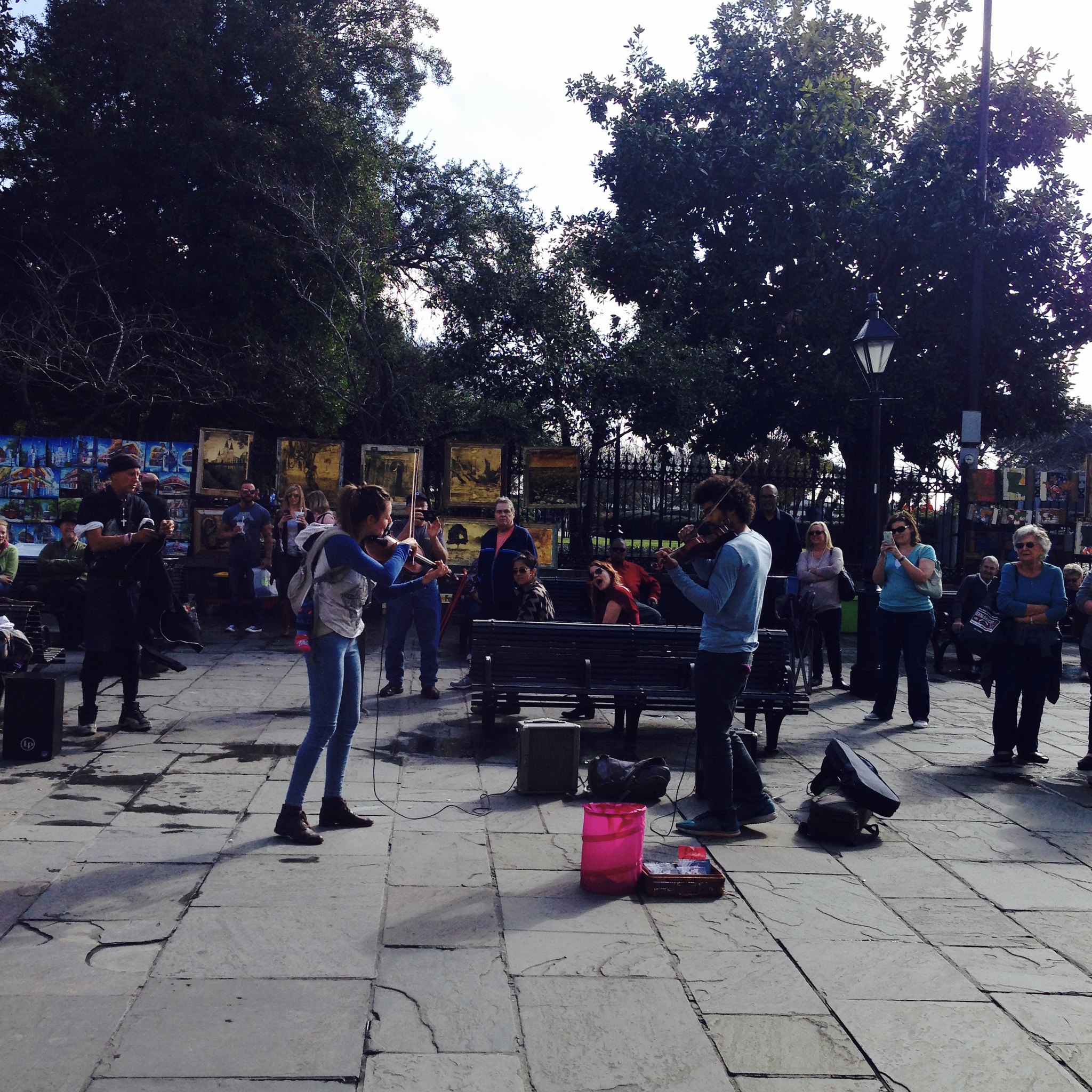 My flight was in the evening, which left me most of the day to explore New Orleans in daylight. I was mostly on an eating trip, with some work that had to be done. I do like a change of scene when I write! 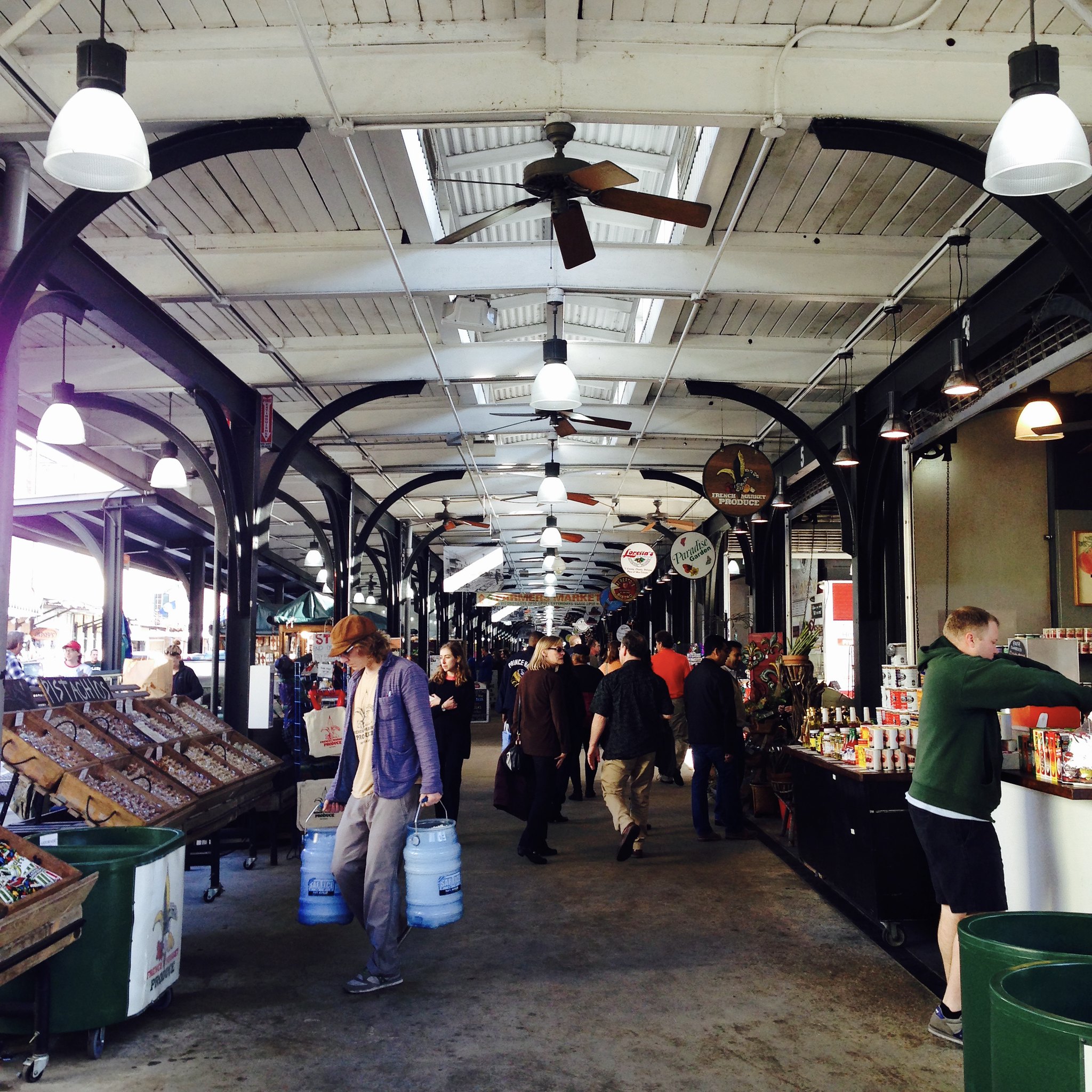 I didn’t quite make it to the French Market yesterday, so today, I decided to check it out. On the agenda, was also breakfast, preferably beignets. My wanderings led me to the waterfront, where I was able to catch a glimpse of the Mississippi River – don’t know much about it. I really should have read some Mark Twain before embarking on this trip. 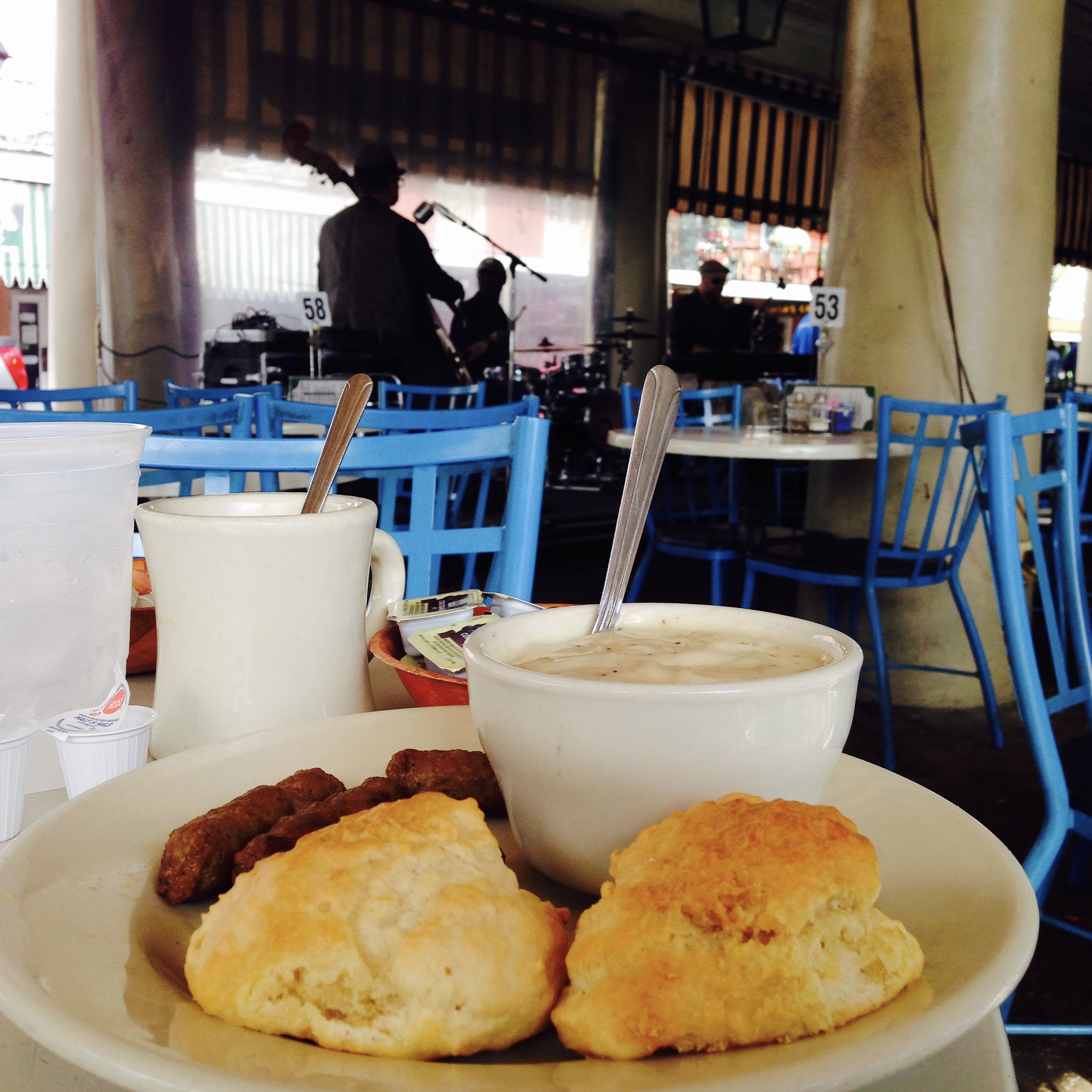 My first impulse was to try and eat at Cafe Du Monde, but seeing the line out of the door, I figured it really wasn’t worth my effort. There’s really no harm in patronizing another place. After strolling the French market for a bit, and decided that the food was a bit too lunch-y for the morning, I wound up at Market Cafe, which had a live Jazz band playing in their premises. I went with some biscuits and gravy. The gravy was really a satisfying bowl of peppery, homey, goodness. As it wasn’t too busy at that point, I took my time with my coffee, and got some writing in at the Market Cafe (coffee and biscuits with gravy: 8 USD). 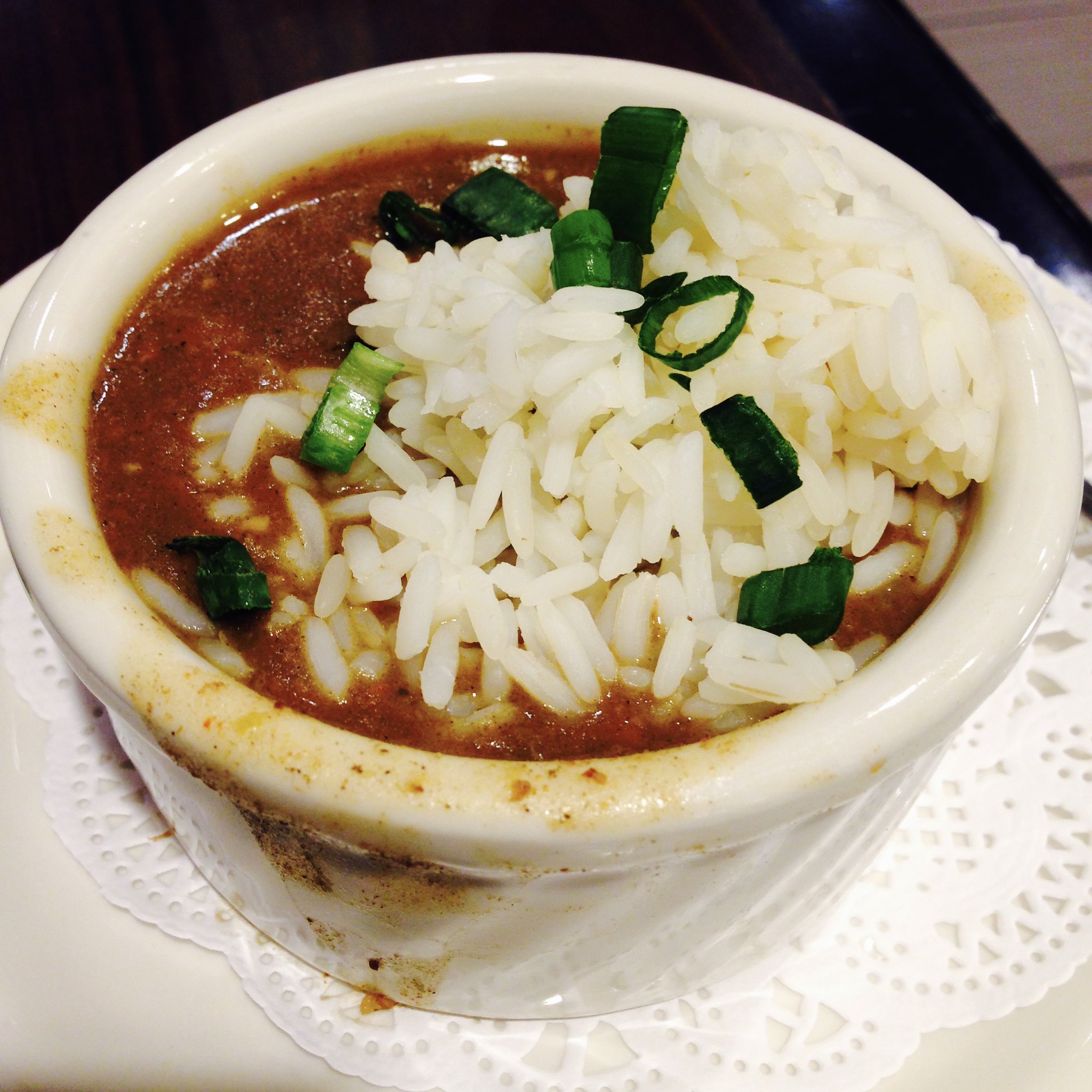 I’m a huge fan of Top Chef. I’ve always wanted to try Emeril Lagasse’s food, and so, I timed my walk towards NOLA in the French Quarter for opening hours, with the intention of trying some gumbo (by the way, Jackson Park is awesome for street performances). But when I got there, and stepped in, I pretty chickened out. Stepping into its dark interiors, with some very well-dressed patrons and well-dressed servers staring at me, I became so self-conscious that I knew there was no way that I could feel comfortable dining there. Bummer! I just wound up sitting at yet another cafe and getting in two more hours of work before it was time to check out and get my butt back to the airport. 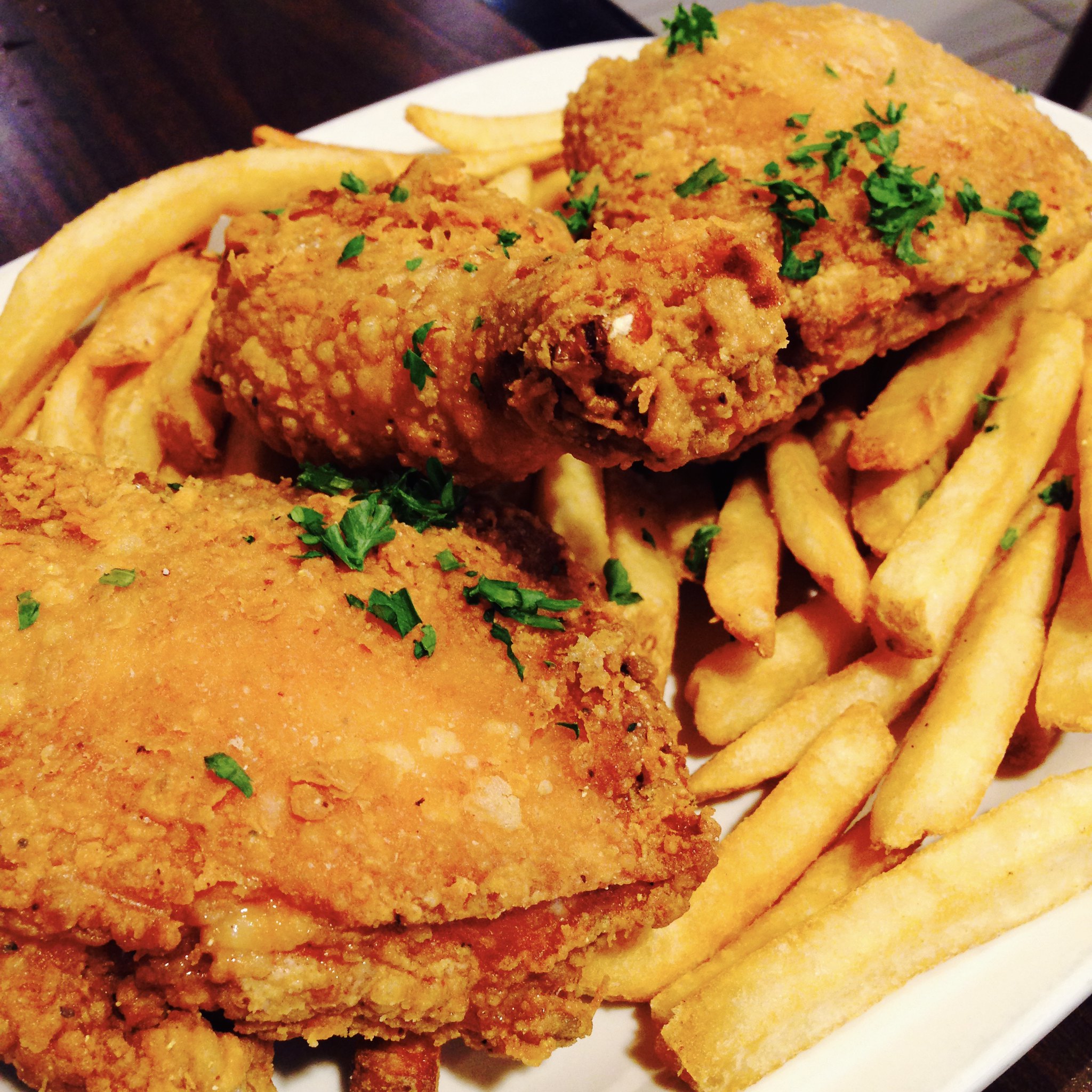 Nevertheless, I didn’t have to eat airplane food in the foodie-town of New Orleans. At the Louis Armstrong Airport, they have an outlet of Dooky Chase, which was also featured in Top Chef New Orleans, which I’d say, serves southern comfort food. I went with a gumbo of the day (chicken and shrimp), with an order of southern fried chicken. The gumbo was a lot of hearty goodness. The fried chicken had an amazing breading, and was super crisp and moist. My only complaint is, they probably could have brined it longer (total bill: $20).