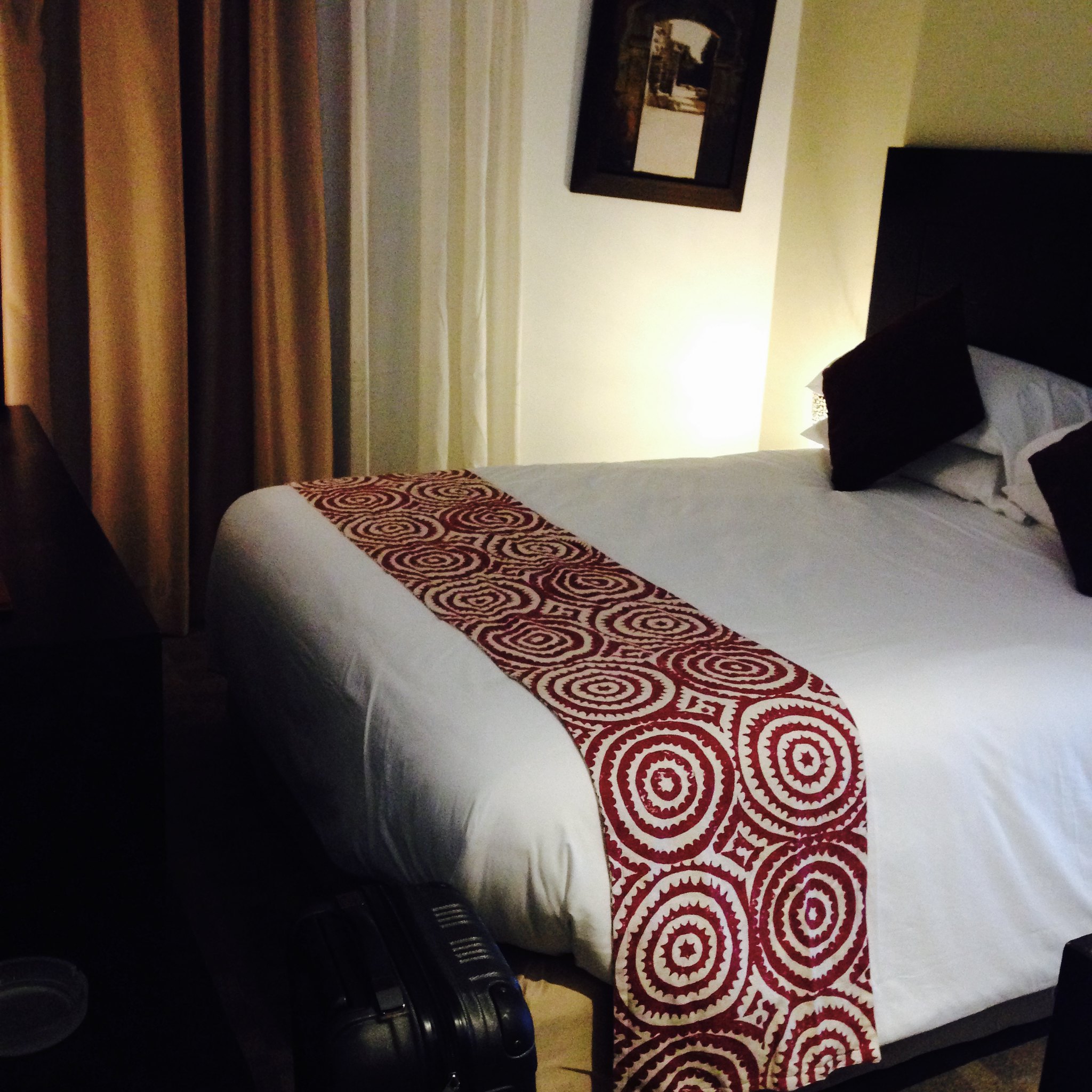 This is my first encounter with the Accor group in a while. I stayed at their Ibis property in Yogyakarta several years ago. They do have quite a presence in Morocco. In particular, they have properties by train stations. I wasn’t a huge fan of this property. It wasn’t horrible, but there are just many little things that bothered me.

I actually did an online check in, hoping to save some time. But when I got there, I wound up having to fill out the same form. WHY??? That was really quite a waste of time. The check out was quite painless, though. Hotels in Morocco do levy a separate room tax, so keep some change with you to pay that.

It was ok. In retrospect, I think booking with their other hotel, Ibis Casa Voyageur might have been a better idea, because of its proximity to the train station and the souk. It is also way cheaper than Mercure. However, the Mercure is close to Hassan Tower and the Mohammad V Mausoleum. This puts it at short walking distance to the waterfront, which has some restaurants at night. It is also a 20-min walk to the Kasbah. 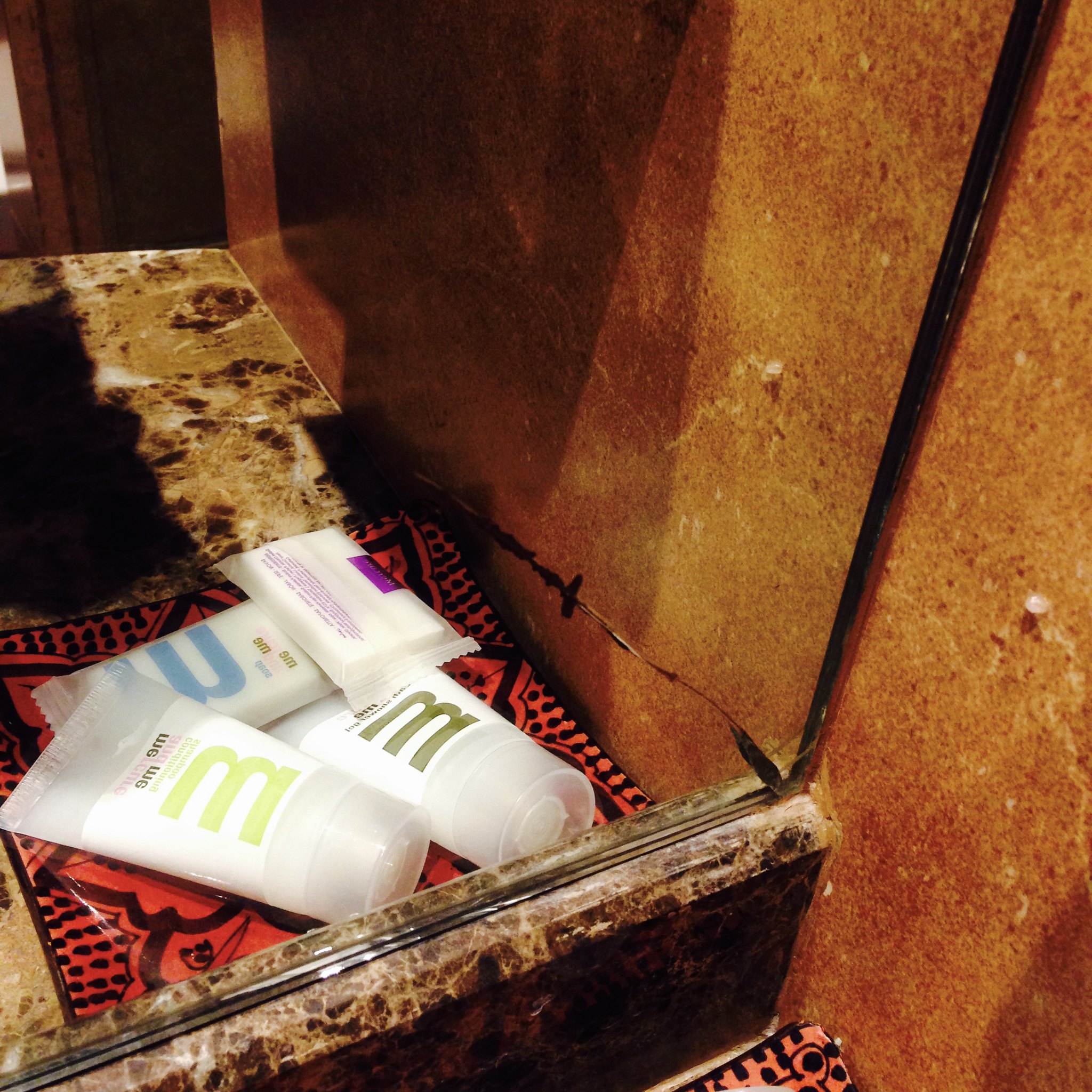 It is really small. There’s barely any room. More than that, the moment I walked in, all I noticed was the tilted painting. It really gave me a bad first impression of the place, because it really shows a lack of care. I was also given a room beside the stairs. I heard everything that night. Guests from above, guests from across the hallway, guests by the stairs. Thankfully, I’m a sound sleeper. But if you are a light sleeper, ask for a room that’s further away from the stairs/elevator.

They only have a shower (no bath), and the toilet flush was badly installed (upside down, and half broken). The floor was kinda grimy, so that was rather disgusting. I basically showered as quickly as I could.

They do supply a bottle of water, and an electric kettle, with some tea bags and instant coffee, so that was kinda nice, since I have been waking up at 5 am. The in-room safe was also an appropriate size, and worked well. 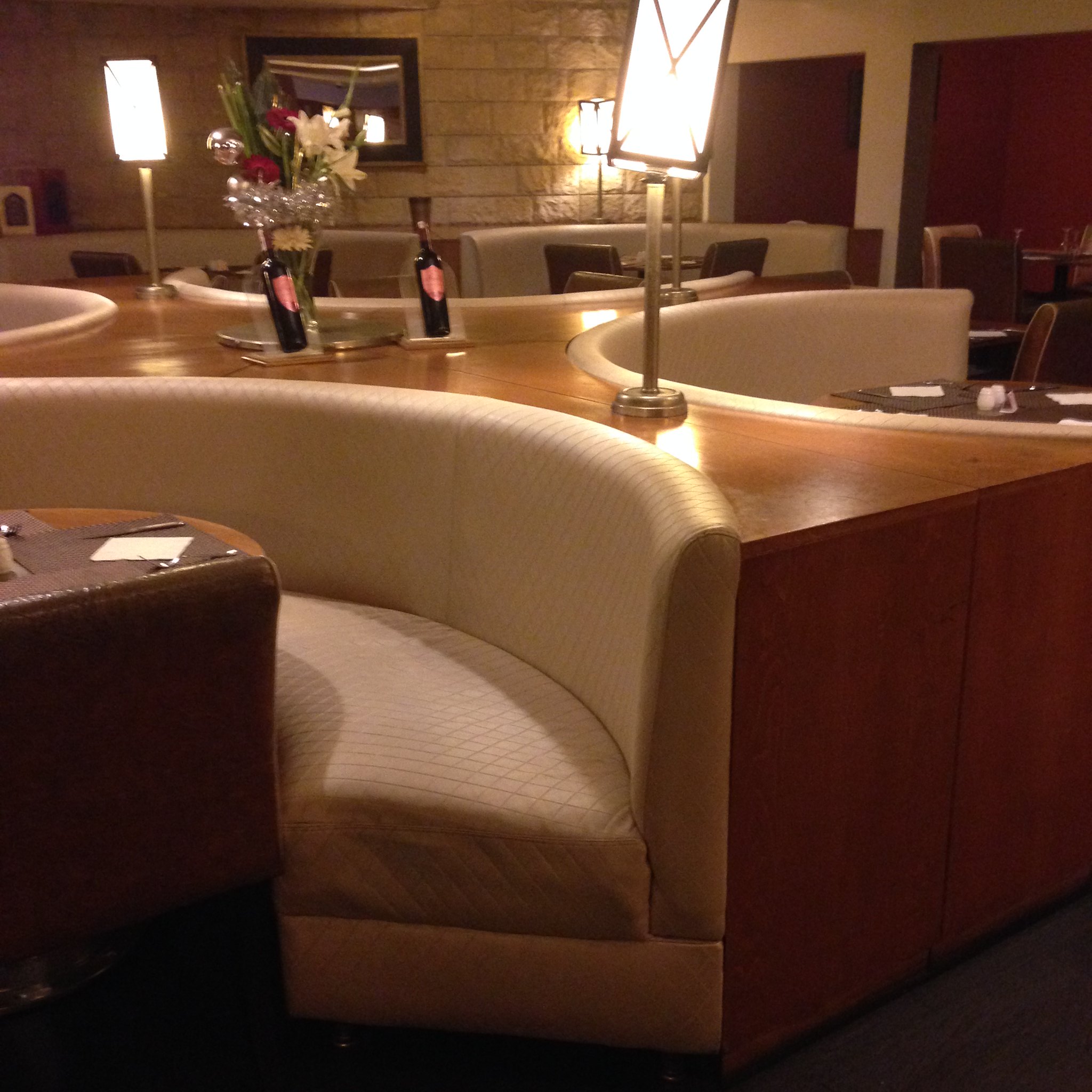 This was included in the rate, and ran from 6.30 to 10.30. I was the first person to show up at breakfast, so they weren’t quite set up yet. Their hot station was slightly un-inspiring (sorry, but cocktail sausages suck), though they do have an egg station that they were slowly setting up as the morning went on. The offering was ok – mostly continental breakfast. I had some of their pastries, but they were just ok as well. I wound up eating cereal (my backup for bad breakfasts), which was no longer crisp, so that made it even sadder. The coffee and tea was decent, though. There was a spread, but the food was very uninspiring. But the caffeine was decent, so that helped. 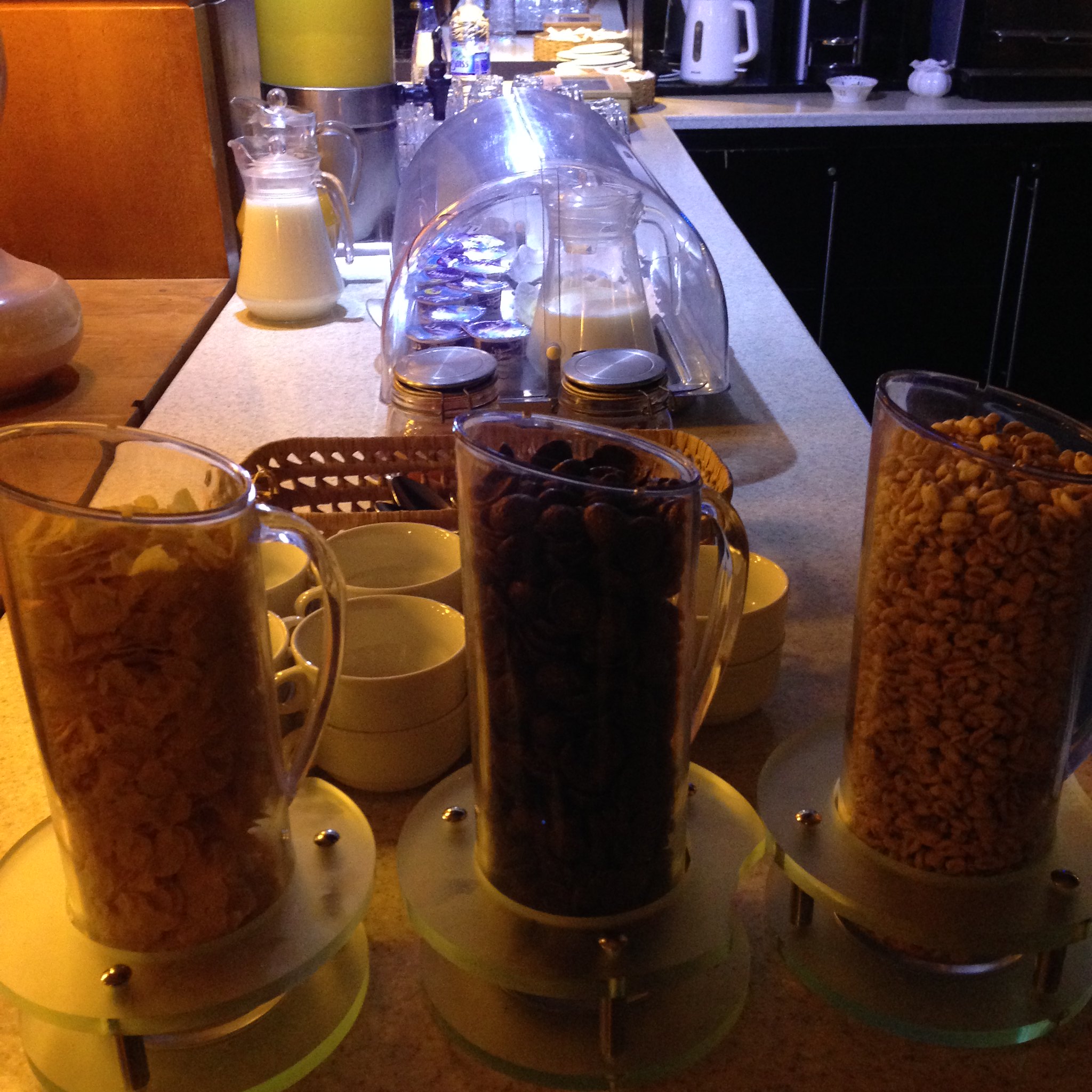 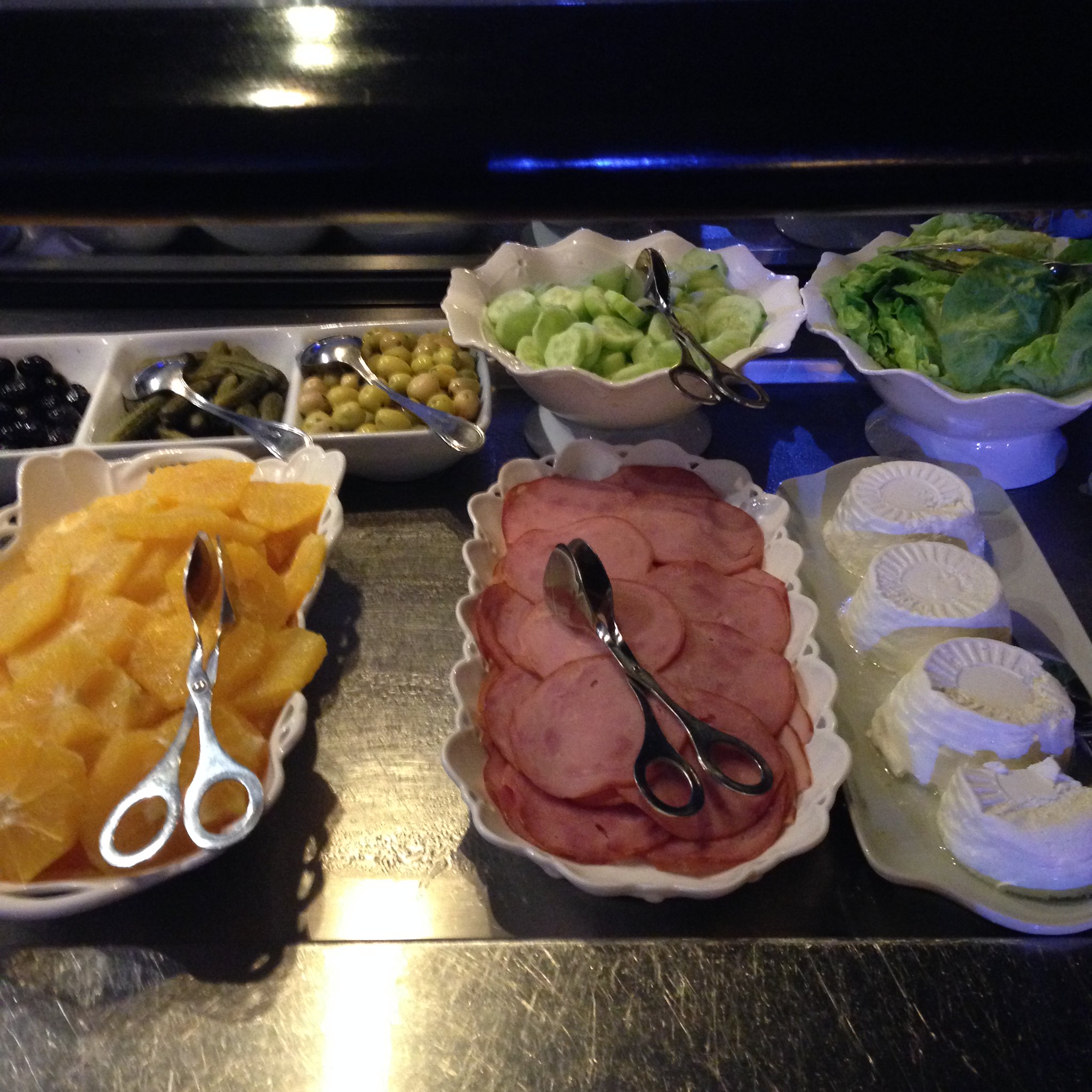 I left with a bad impression of Mercure. I think there was just very little attention to details, which was reflected in more ways than one. I was planning on staying in Rabat for a longer time, but I had no desire to stay in this hotel for a minute longer. It was an okay stay, but seriously, they could have done so much better. If I knew it was going to be so mediocre, I could have just saved my money, and stayed at Ibis instead.