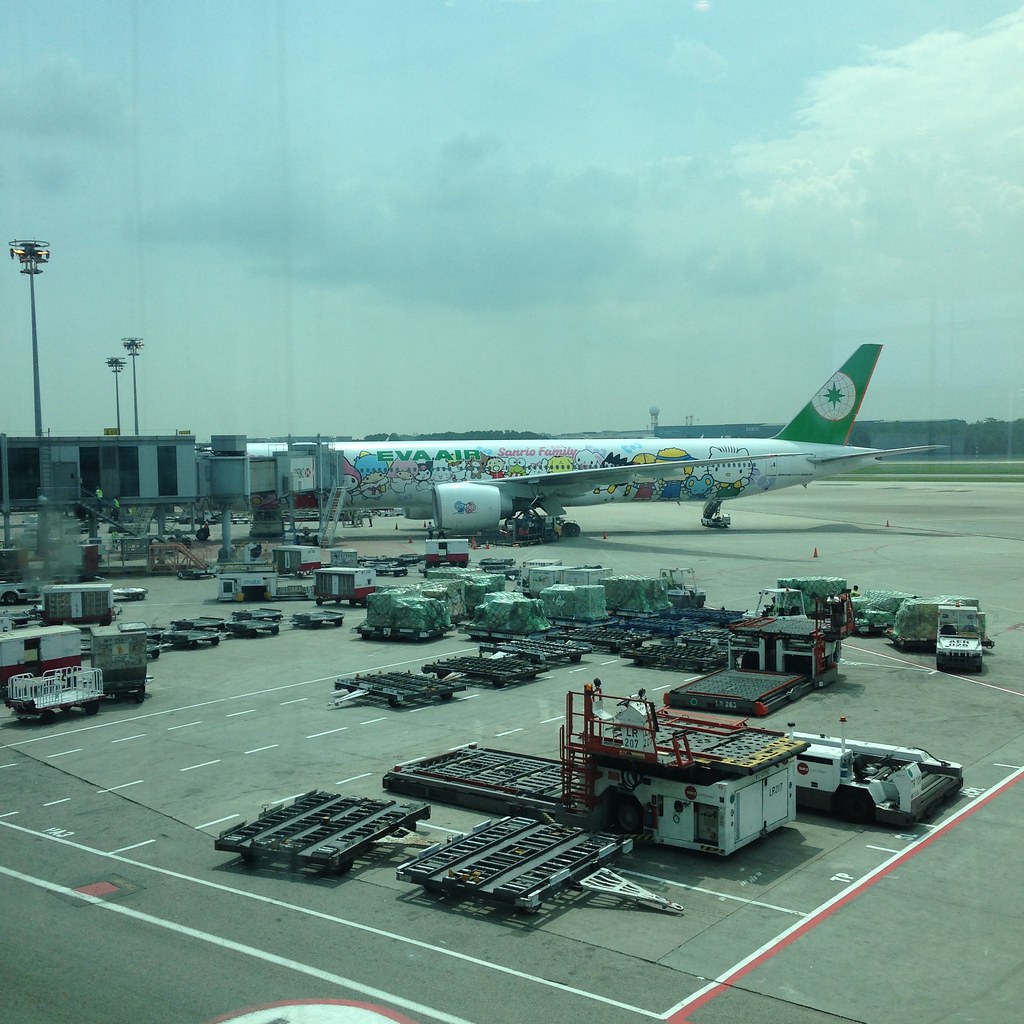 EVA Air is by far my favorite option for my regular trans-Pacific flights from Seattle to Singapore, both for its timing, and the fact that EVA Air is just awesome on all counts. And when they joined Star Alliance in 2013, they became my only option (I used to fly Asiana Airlines so I could credit flights into my United account).

So, why are they awesome?

They are often one of the cheapest options. Outside of peak travel periods, this year, there were many 800 USD round trip flights from Seattle to Singapore. Just be aware of the fare class when you are booking, if you care about mileage accrual. The cheapest fare class generally doesn’t give you any mileage, but for a little extra (I paid 860 USD), I was able to get a fare class that gives 50% mileage accrual.

Generally, their food in economy is really good. Their standard offerings tend to be very solid options, and just downright tasty. And one of the hidden gems is their pre-selected meals. They have options like, no beef, or just seafood. On one of my flights, I selected the seafood option, and it just tasted amazing. 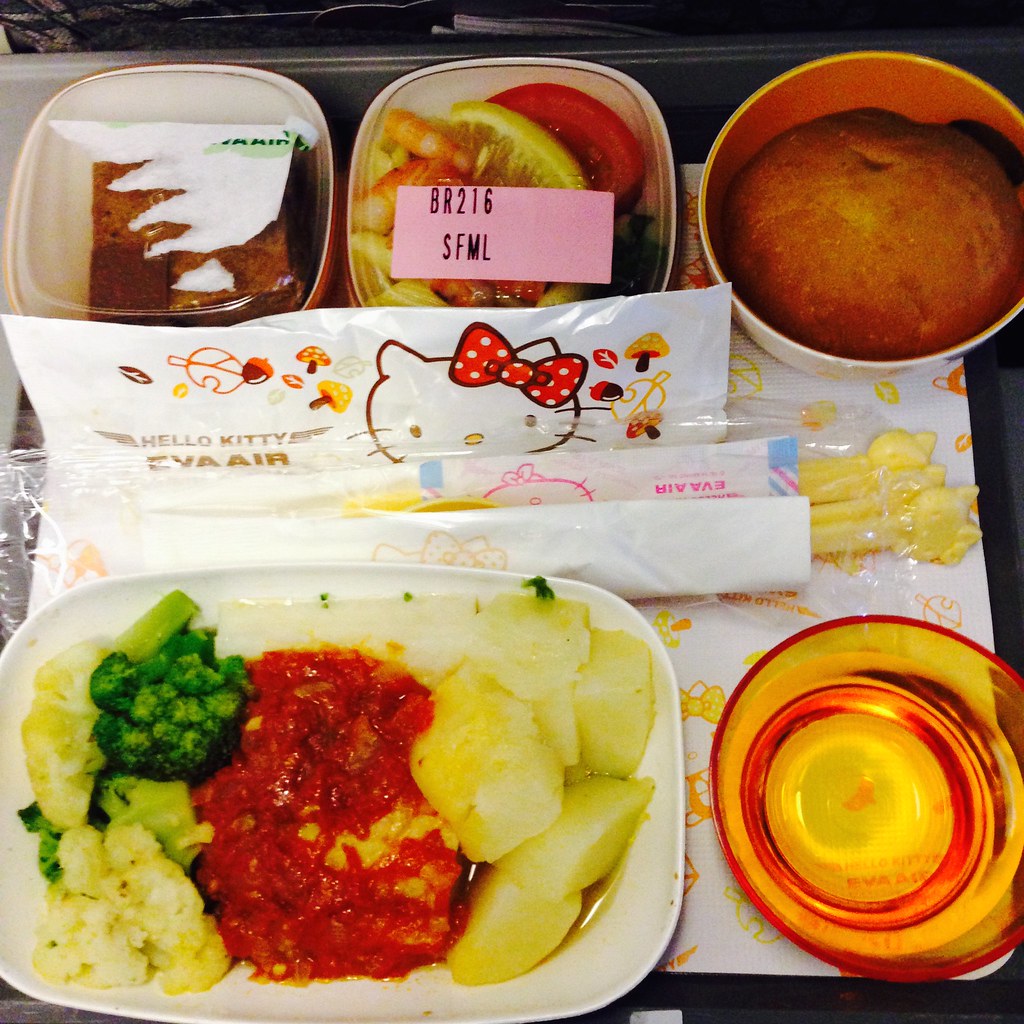 Their service is also very solid. Their flight attendants tend to be very attractive, and really service focused. Earlier this year, a man had a heart attack while our plane was over the Pacific Ocean. This was resolved very quietly, as they asked if I would move to another seat, so the man may lie down on my empty row. They were very apologetic about moving me, and at the same time, the whole issue was resolved with no commotion.

Another awesome thing that has little to do with the airline itself: during the sale fare period, they tend to be empty. I’ve flown a number of poor man’s first-class seats, i.e. empty rows where I can sleep through the flight. 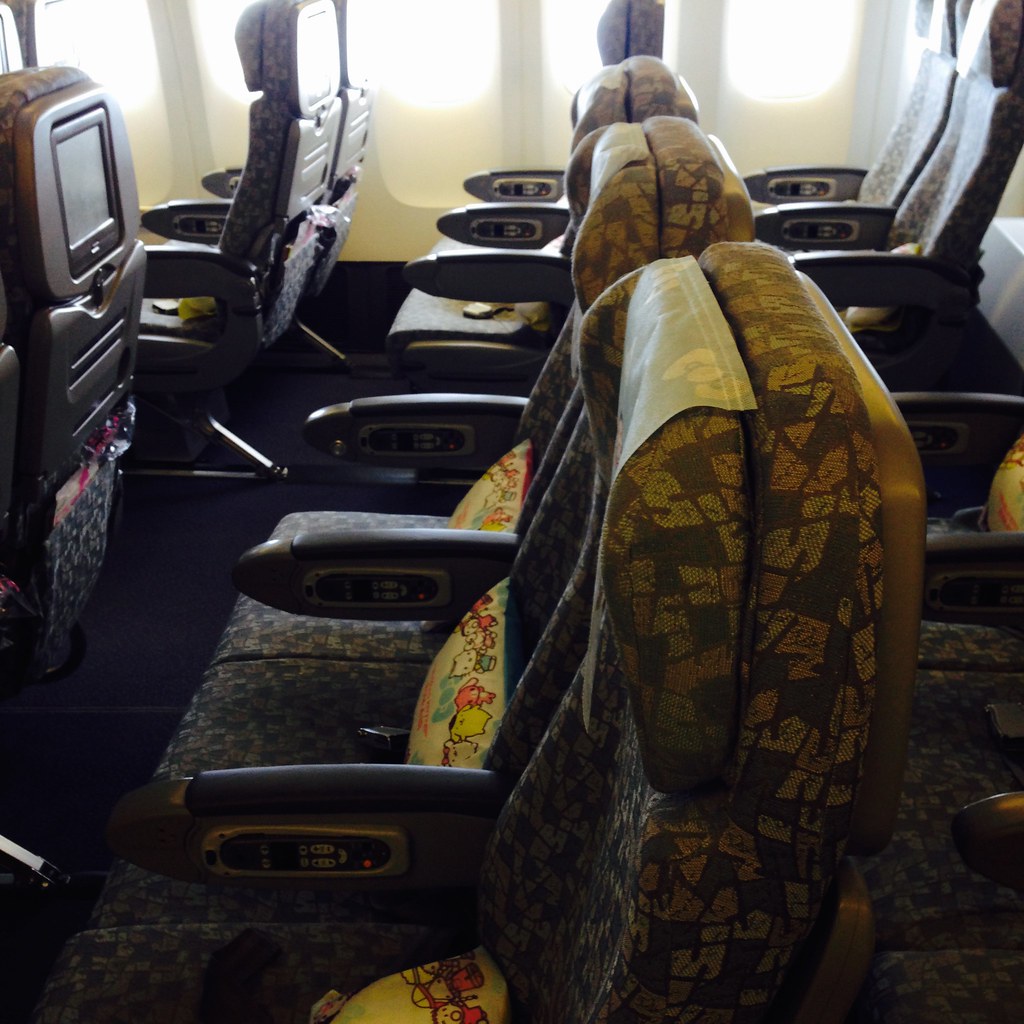 A couple of years ago, EVA Air introduced the Hello Kitty plane, with Hello Kitty livery, and a Hello Kitty theme on the plane itself. It sparked such madness, that their inaugural flight (and several subsequent flights) was stripped bare. People stole toilet paper, toiletries, anything that they could strip from the plane.

I did not intentionally plan to fly the Hello Kitty plane, but as it turns out, my flight from Singapore to Taipei (BR216) is the Hello Kitty plane. At check-in, I was given Hello Kitty boarding passes. What other Hello Kitty items are on the plane? Pillows, drinks menu, plastic cover for earphones, safety instructions, toilet paper, toiletries, paper cups, cutlery, napkins, snack packs. Well, I’ll let the photos do the talking. I am not sure if this flight was widely advertised, or if the fervor has died. In any case, what is more awesome than a Hello Kitty plane? An empty one. I am guessing there are less than 100 passengers on this BR777-300ER flight with a capacity for ~300 passengers. People were asking for fresh sets of cutlery, and all sorts of souvenirs to take home for their families, and the air stewardesses very happily complied. 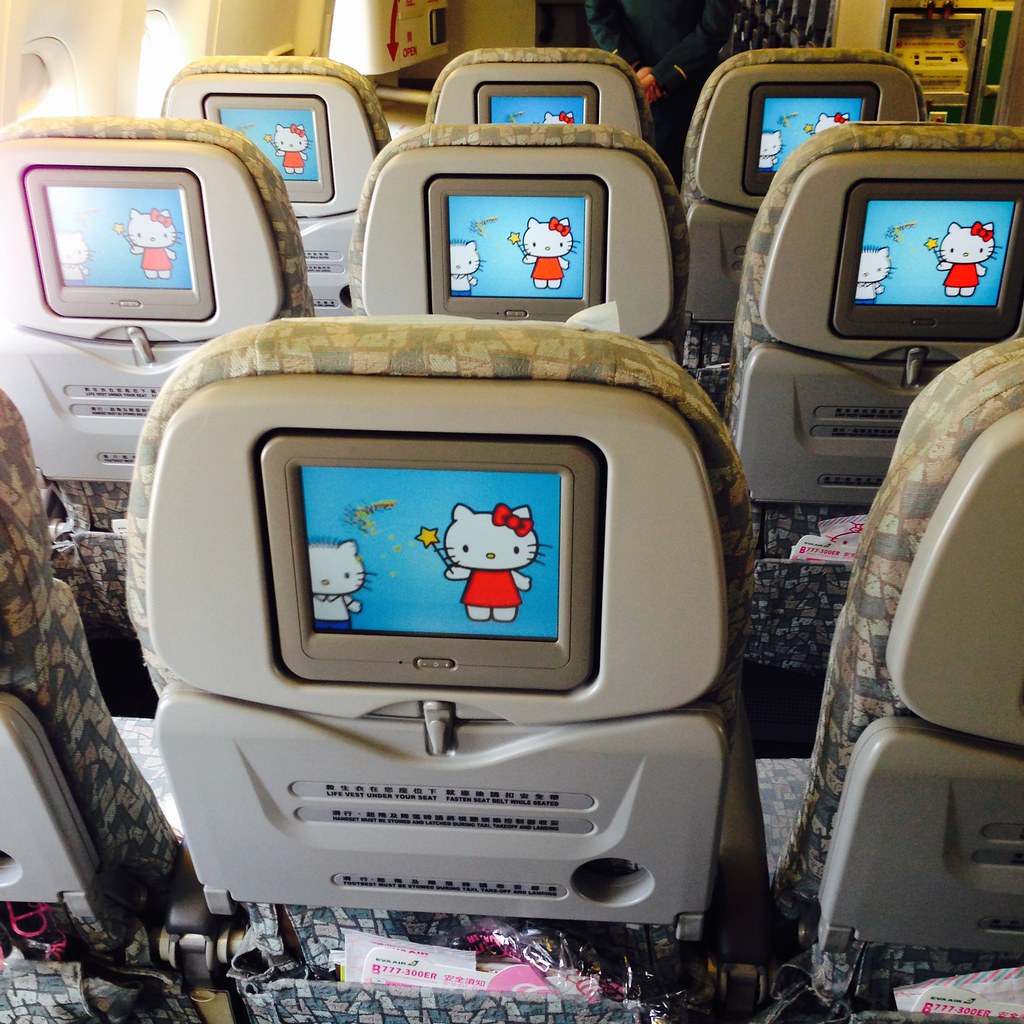 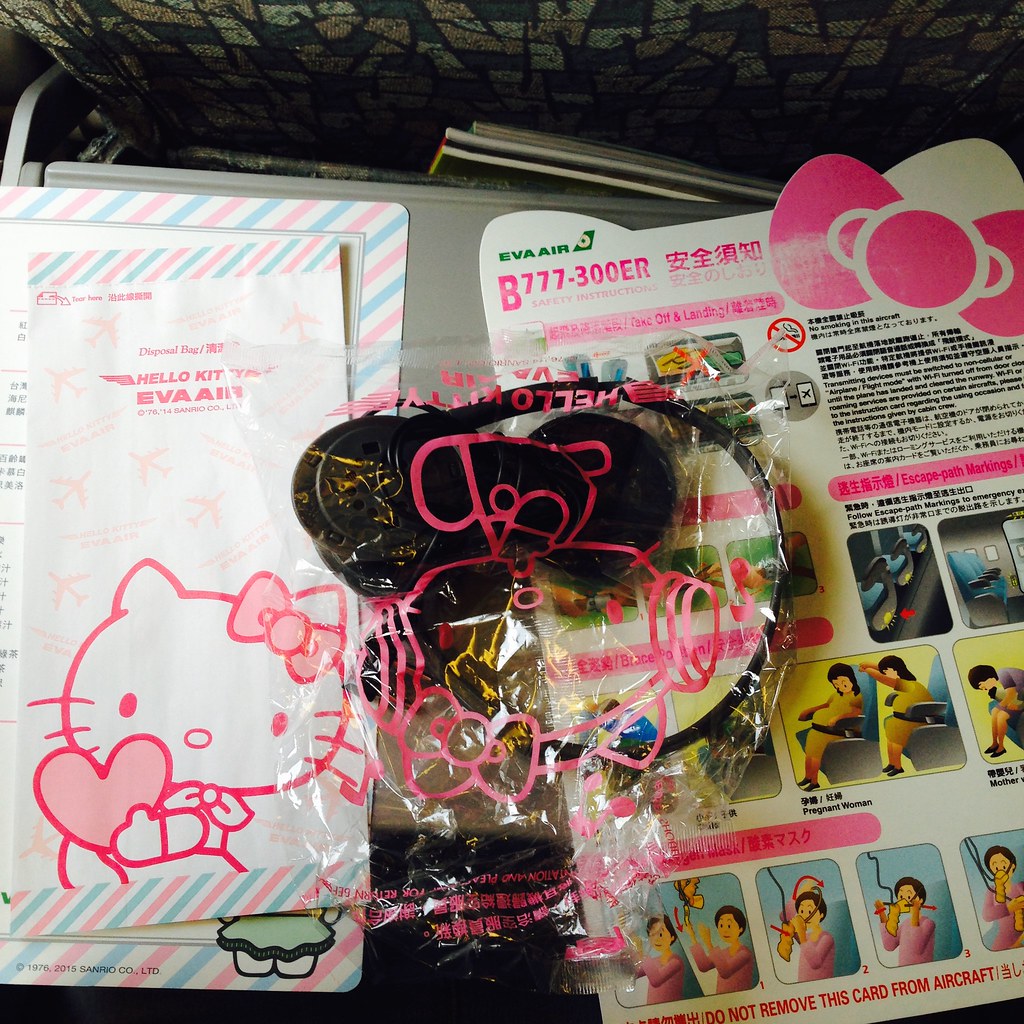 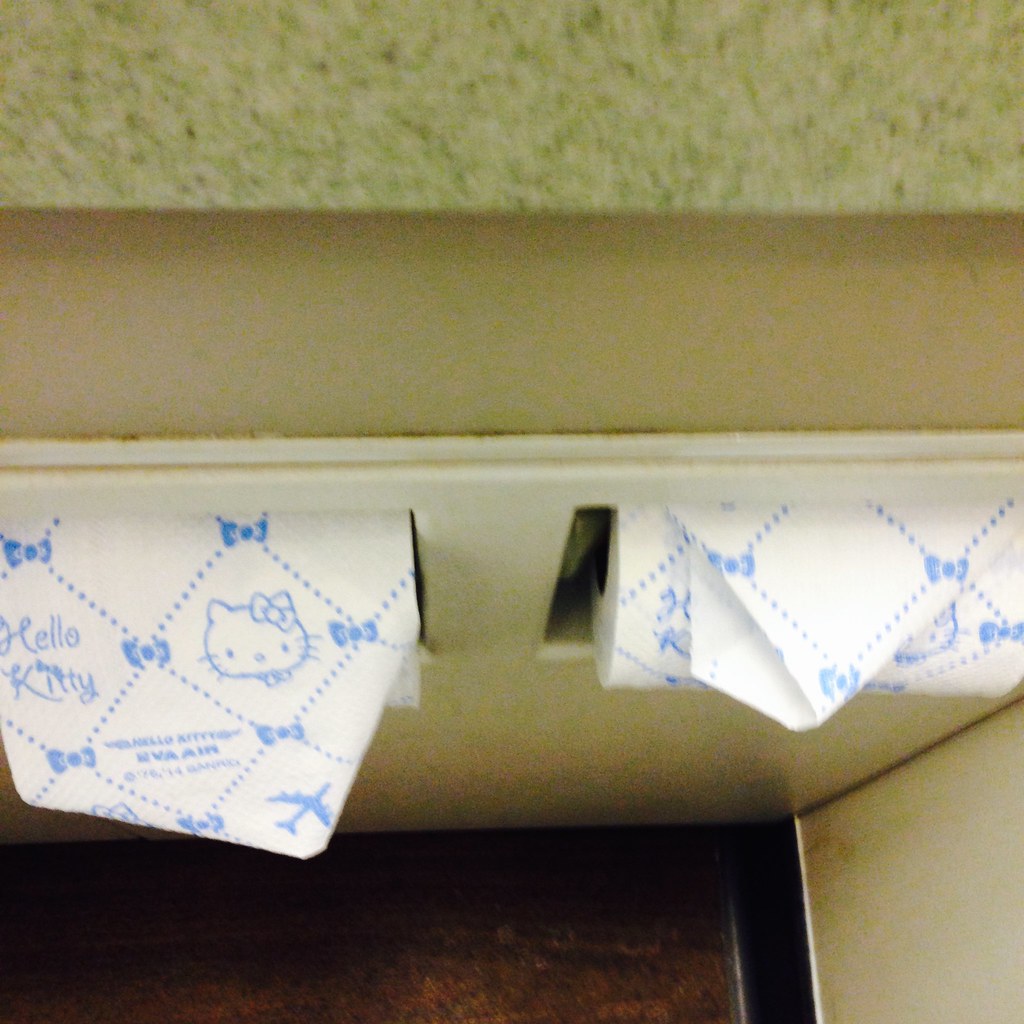 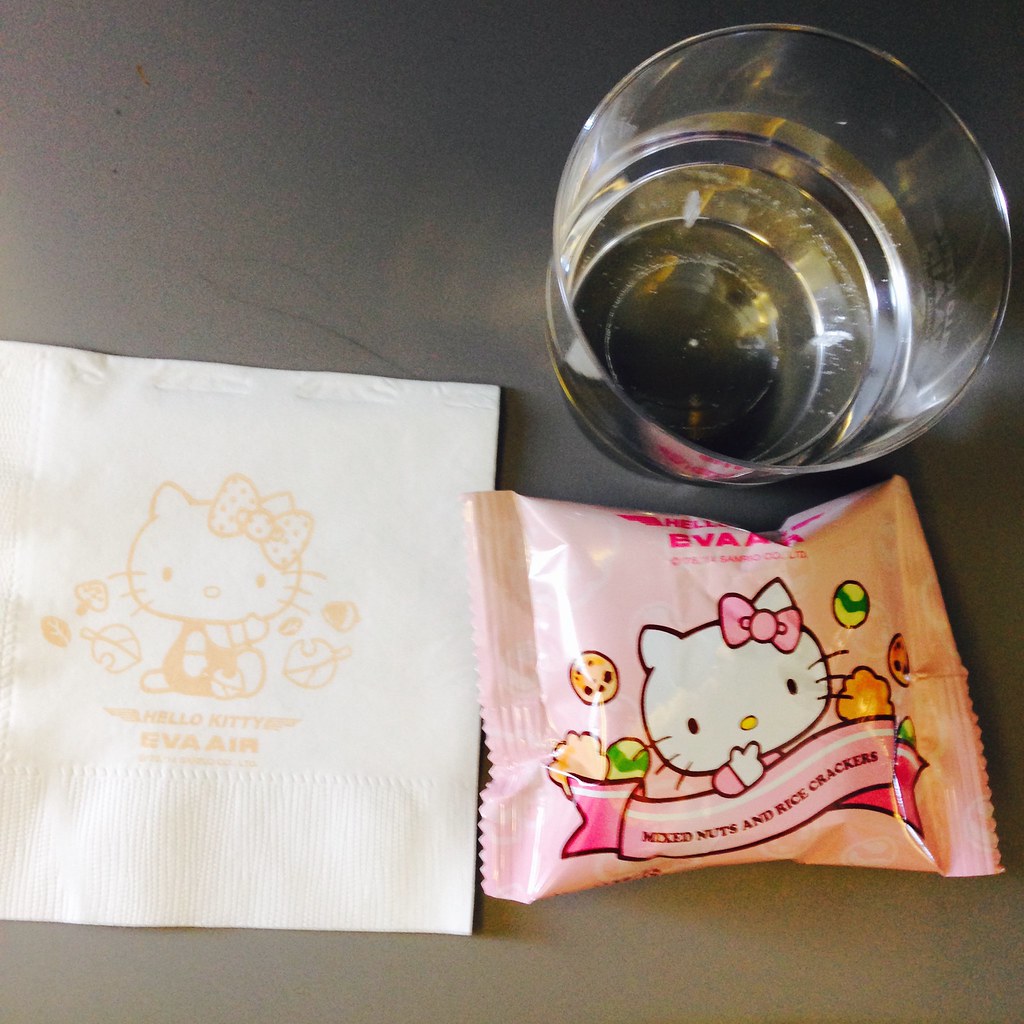 If you happen to fly the 747, the upper deck is actually economy class seating. They are usually numbered in the 80s range. Why I love it? It is oftentimes empty, and even if it’s not, other economy class passengers generally will not take the empty seats, because they are not aware that this section is actually also economy class. Just a note – the bulkhead seats have fixed arm rests.

If you forgot to do that, you can still change your seat selection when you check-in. Gate agents are generally very nice about this, and will accommodate your requests as it is within their power to do so.