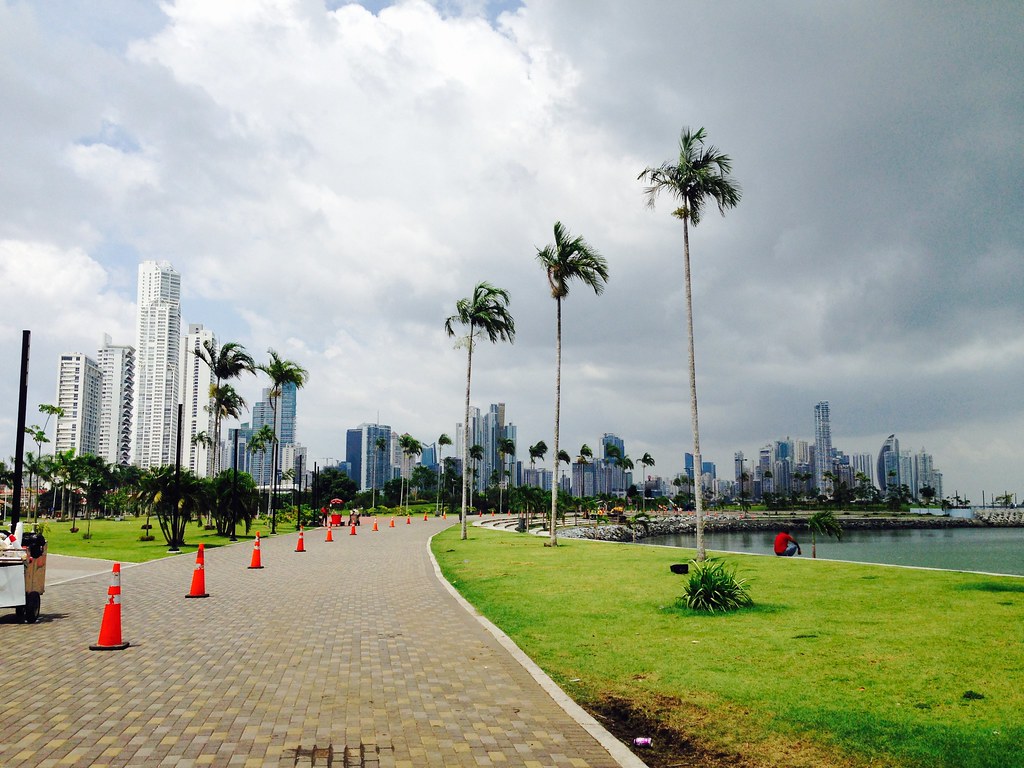 I didn’t have any grand plans today, but my friends who visited Panama sometime back said the fish market was worth a visit. I haven’t exactly found what is Panamanian food either, so I figured, eating at a restaurant above a fish market is the closest thing to that. I took the subway again to Cinco de Mayo, but this time, followed the freeway, which led me to the fish market. There is like a 8-lane road that you kinda have to cross to get to the fish market. I tried to use a local as my body shield, he used me as a body shield from oncoming traffic instead. Well, I would say, all my years of training from crossing Vietnamese roads paid off! I didn’t really go down to the fish market. I’ve been to many fish markets in Southeast Asia. Erm, well, looked like a fish market? 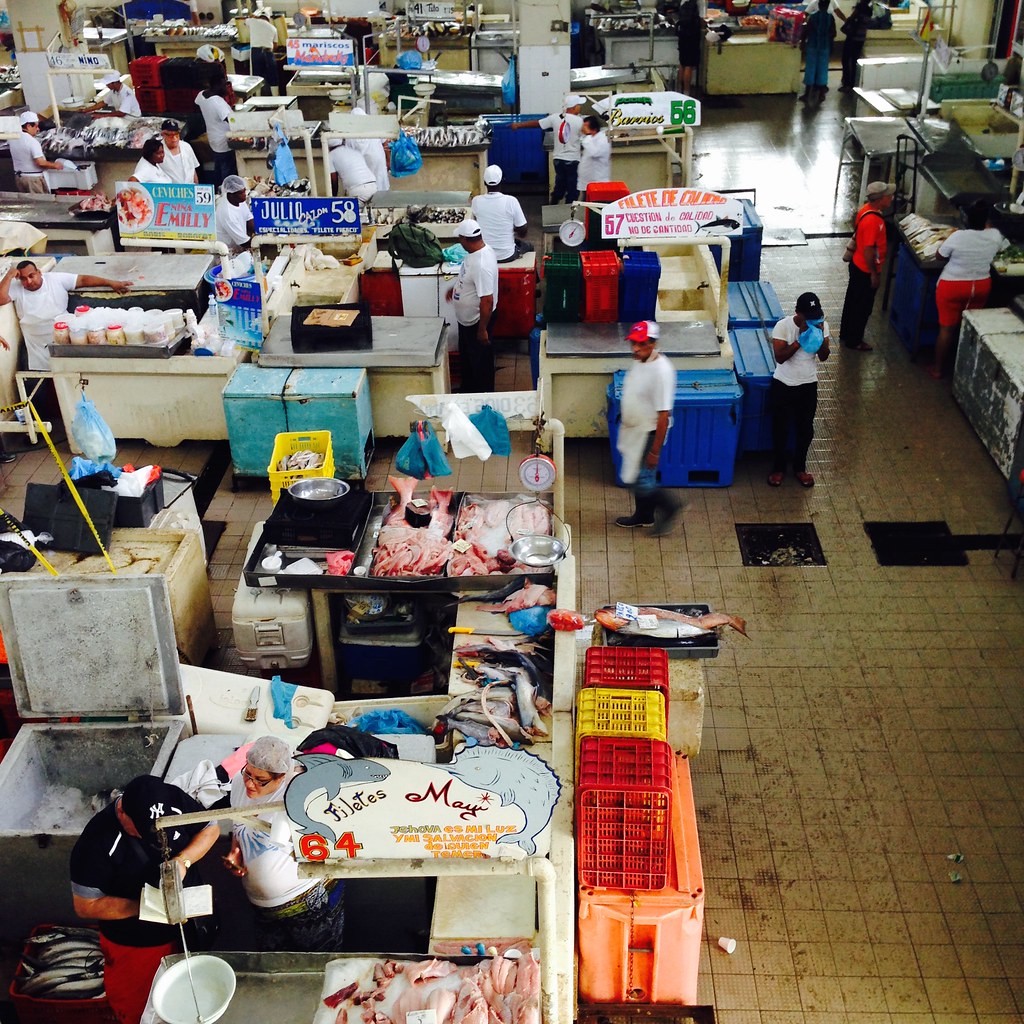 At the restaurant above the fish market, I got a guacho, which is some sort of seafood stew (5 USD). The prices are decent for fresh seafood, but just don’t expect it to be a steal. A lobster is like 47 USD. They also add a 7% tax, and there’s no need to bring a bundle of cash if you decide to order the lobster – they take credit cards here, too. The gaucho was pretty nice, I was expecting something to be more of the consistency/taste of a seafood bisque, but it was more of a seafood bits cooked in a tomato sauce. It was a decent meal to tide over a couple of hours, but not quite a go-home-with-belly-in-wheelbarrow kinda meal. 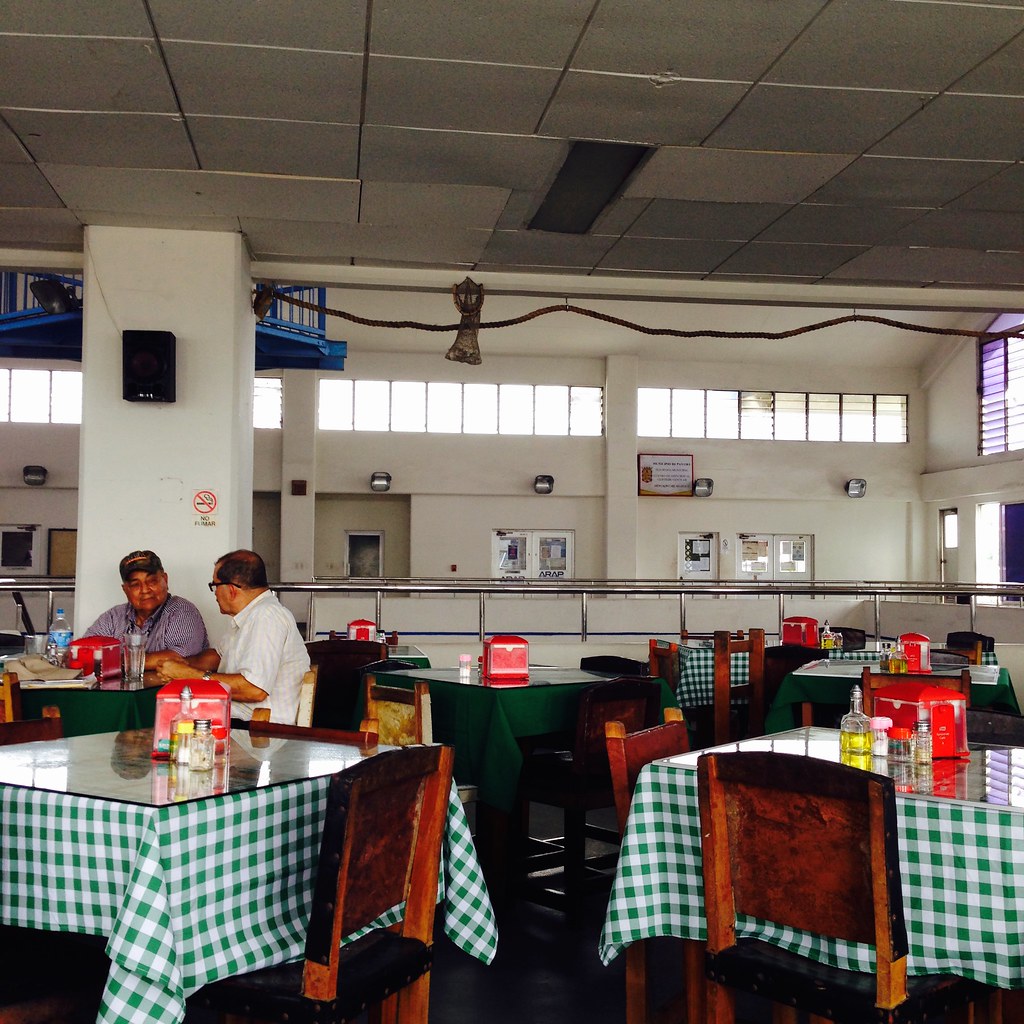 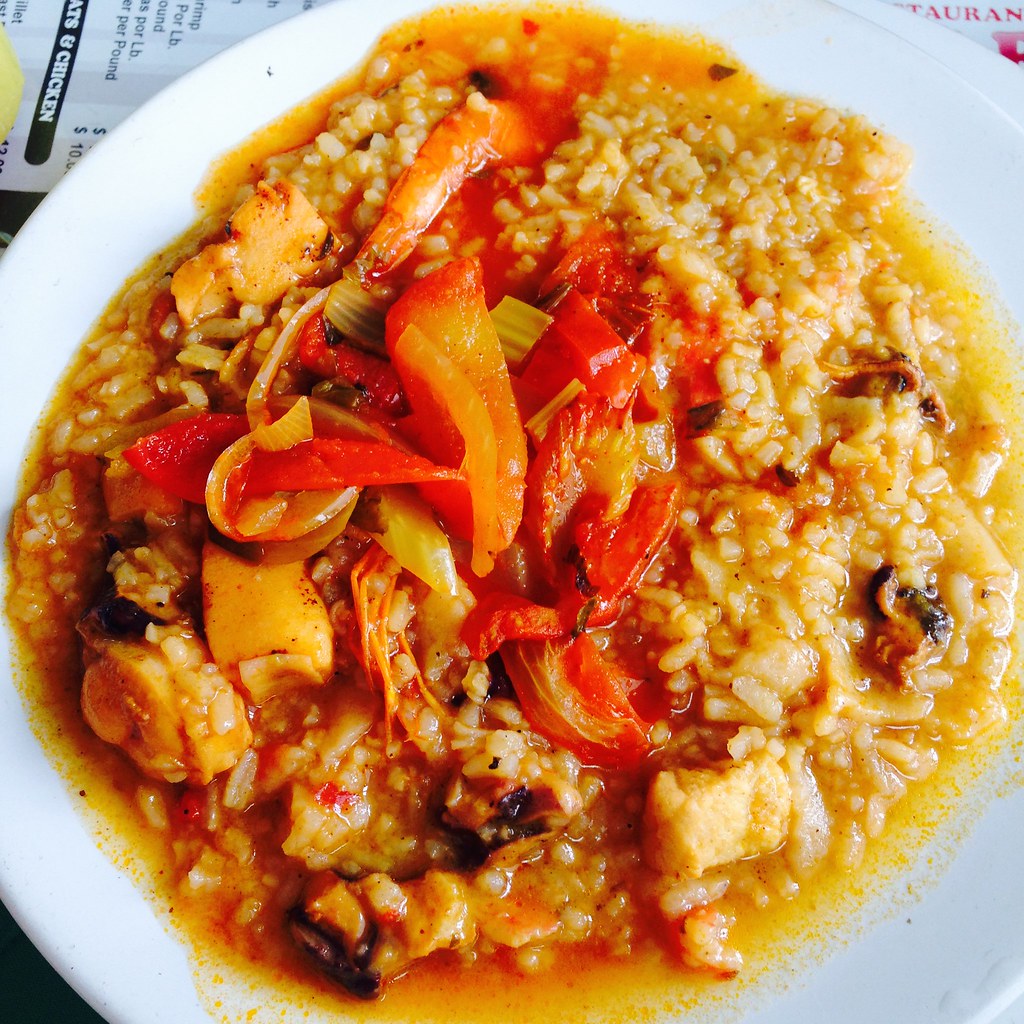 After lunch, I decided to stroll the park of Ave Balboa. It is a very nice waterfront park, and you can get some great skyline views of Panama City. Well, at least the Panama City of glass buildings in all sizes. They also have restaurants, exercise stations, tennis courts and other amenities at this park. I assume it’s quite the place on weekends! 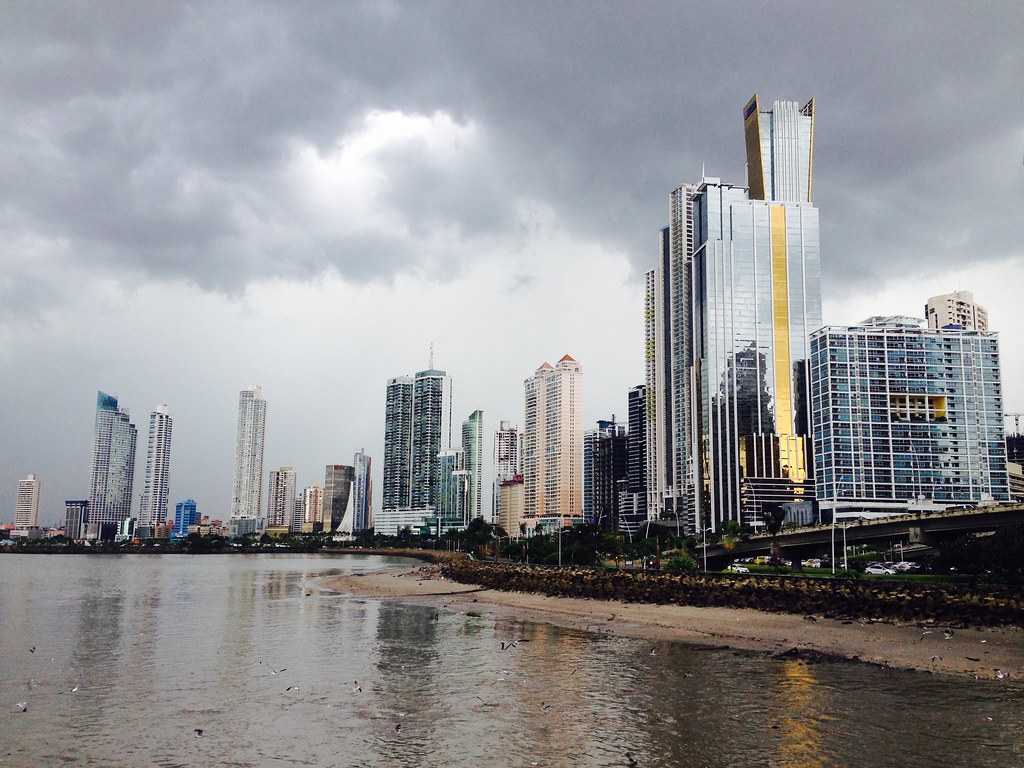 After my short stroll, I had planned to take a bus to visit Punta Paitilla, but after waiting for a bus for like 20+ minutes, I gave up, and took the bus that dropped me off in front of Multicentro. Then the skies opened up. Those tropical downpours really remind me of Singapore. I got drenched, but it gave the feeling of home. After some futile walking in circles, I just gave up on trying to find Punta Paitilla, and just walked back to El Cangrejo, ending my day.