Why Zipa? A Salt Cathedral, of course!

Train: Initially, I found out about Zipaquira, a town which is about 50 km from Bogota, when I went through Seat 61, looking for trains in Colombia. While Colombia does not have a functioning railway system, they do have a tourist train, which runs from Bogota to Zipaquira. I was super excited about the prospect of sitting on a steam engine train. Unfortunately, it was not to be. No thanks to my non-existent Spanish, I didn’t see the part on their website, which indicates that the train only runs on Saturdays, Sundays, and Festival Days, and I wasn’t going to be in Bogota on a weekend. Nevertheless, after having found out about the Salt Cathedral (do check out their website – it’s very informative), I decided that I would have to visit it, just because. For what it’s worth, the tourist train is 48000 COP – 52000 COP, depending on the season, and is highly rated on TripAdvisor. 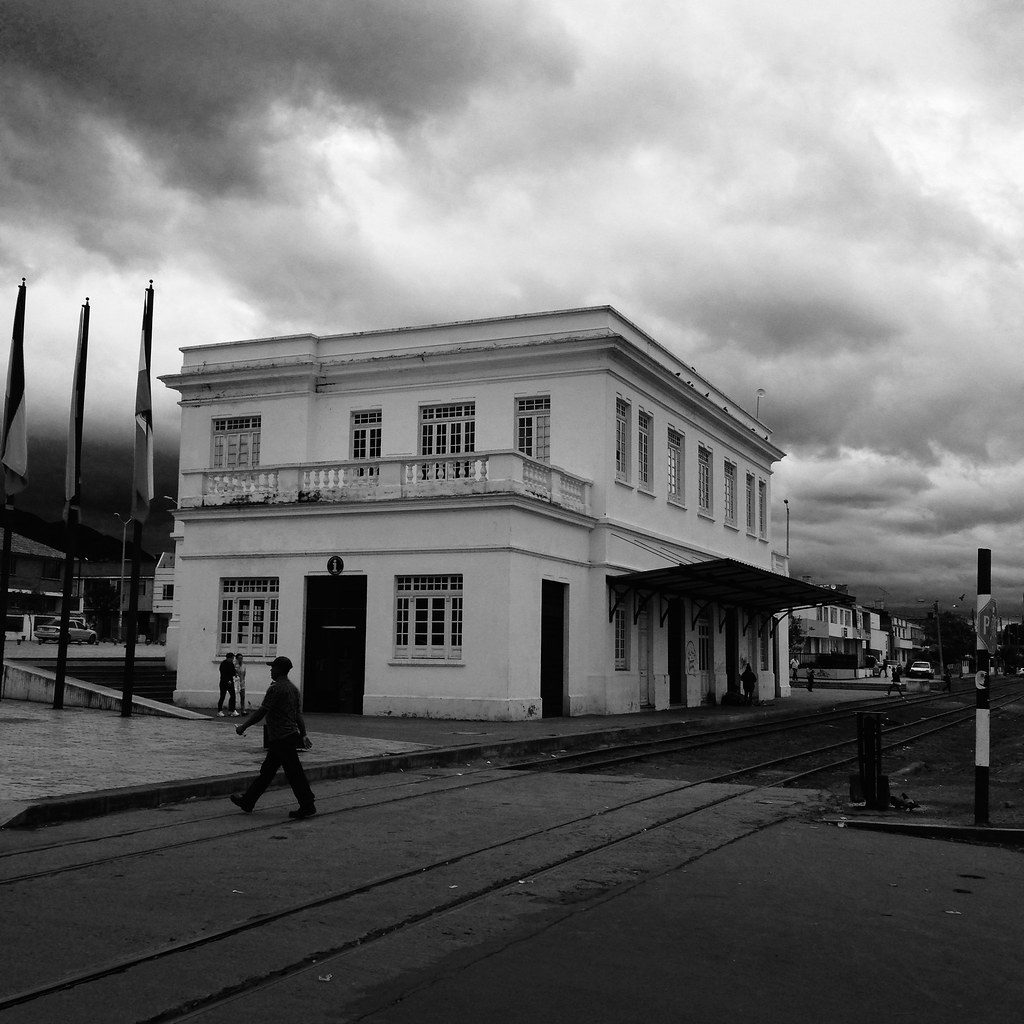 Bus: Staying at Usaquen made the journey to Zipaquira a lot shorter. I took a bus in front of my hotel, and dropped off at Portal Del Norte (calle 182). The bus to Zipa actually leaves from the Portal Del Norte station, but because I took a local bus, I wound up on the streets running by Portal Del Norte. Nevertheless, the bus conductor will yell out destinations along the street. I heard Zipa, and jumped on. The journey took about 40 minutes, and set me back by 4500 COP each way. 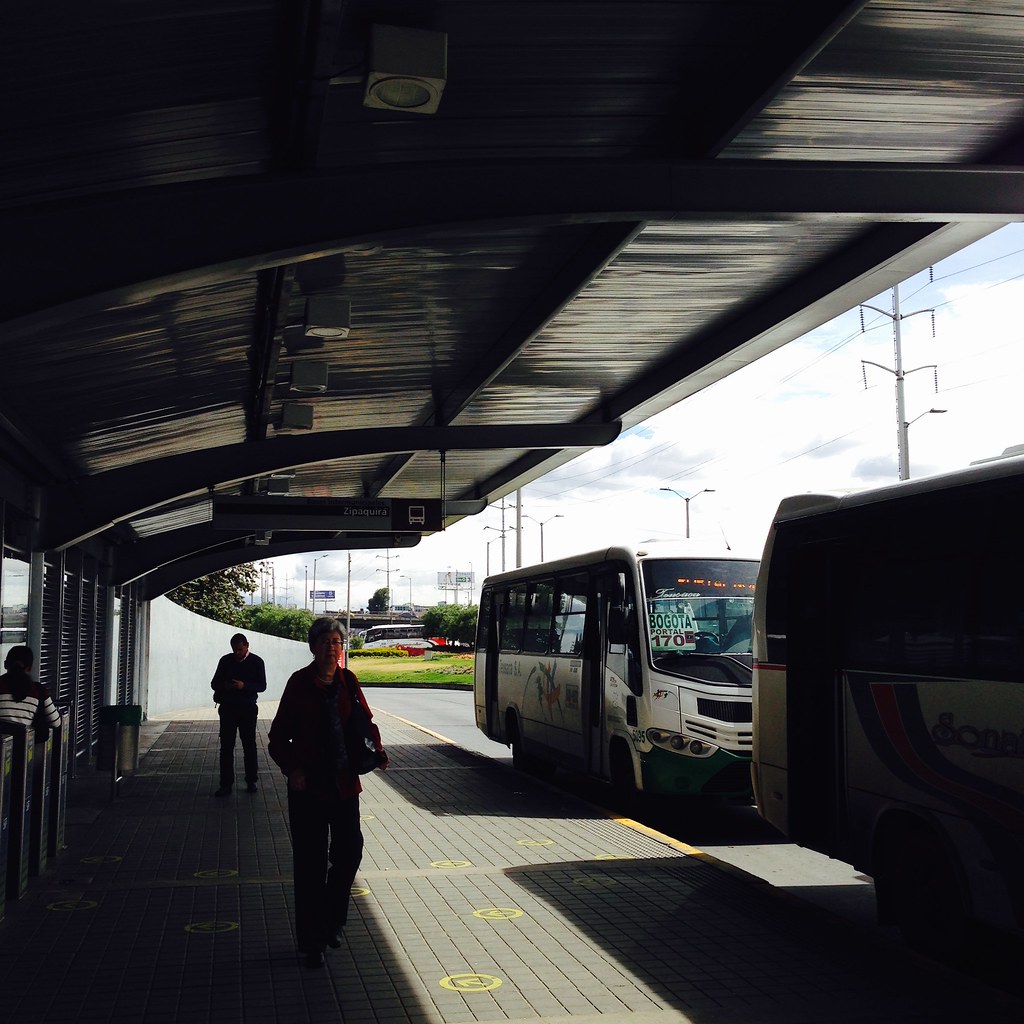 Getting there: After dropping off at a square in Zipa where there are a bunch of taxis lined up, I decided to walk it, instead of taking a taxi up. The tourism signage in Zipa is very clear, even if it might not be the most direct route to the Salt Cathedral. I suggest following the signs to the Centro Historico, and keep walking up that pedestrian street until you hit the Independence Square, at which point, take a left. The Salt Cathedral is there. When you get to the general entrance of the Salt Cathedral, that’s where the fun begins – stairs. If you don’t want to trek up those stairs, you can always take a mini train  tram for 4500 COP, which will drop you right in front of the ticket office. Set on a little hill, the Salt Cathedral does offer nice views of the town of Zipa. 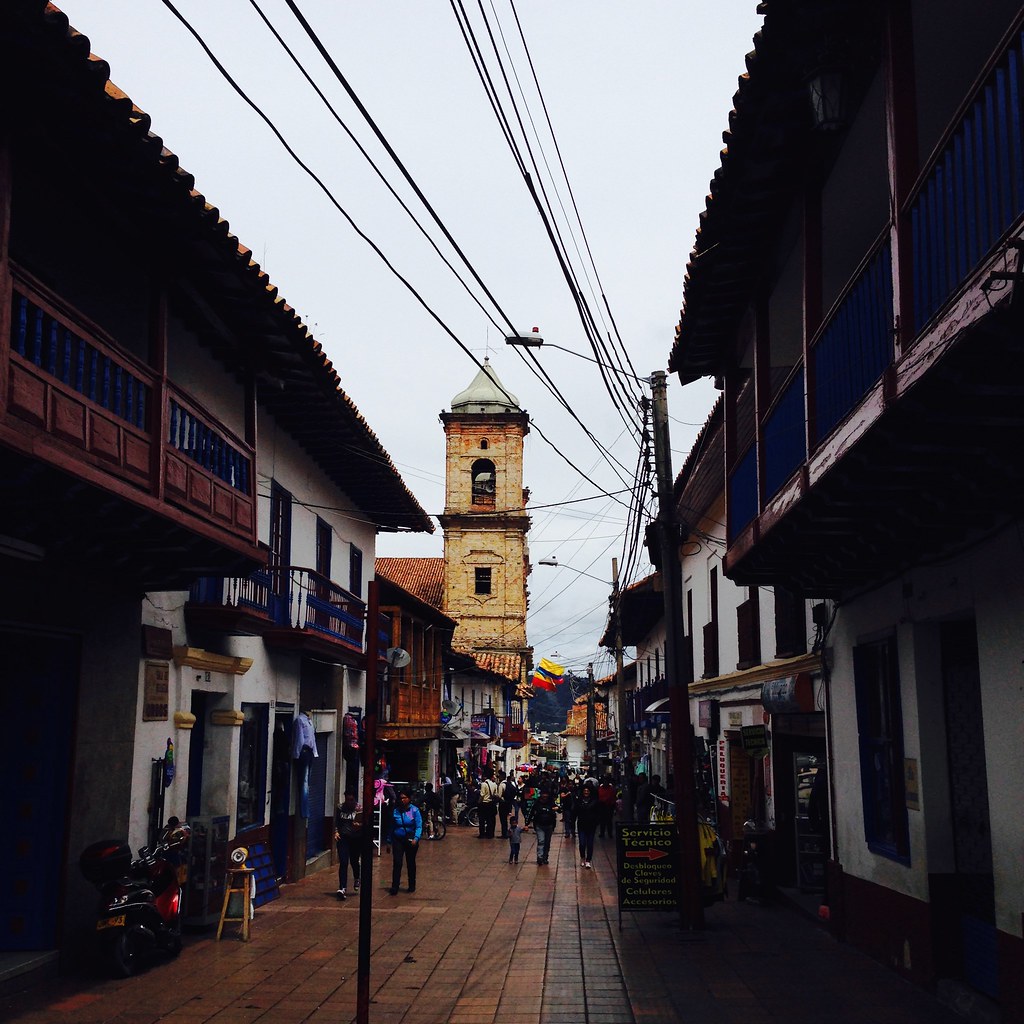 Find one of these pedestrian streets and walk up 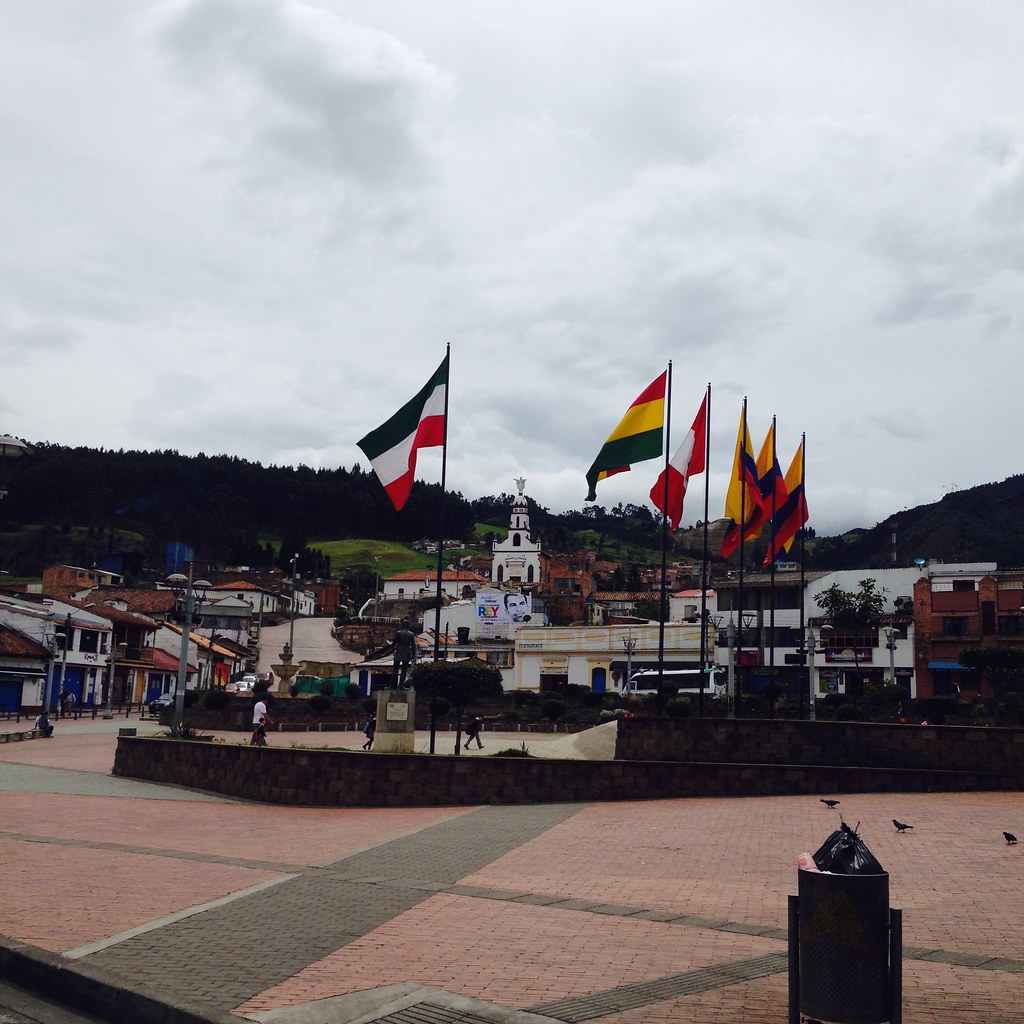 Tickets: Tickets for adults are 25000 COP. I tried to use my student card to get a student discount, but the lady was like close, but no cigar. For those who are looking to charge expenses to credit cards, they do accept credit cards at the ticket booth.

Entry + guide: Entry to the Salt Cathedral is by groups, and these groups, accompanied by a (Spanish-speaking) tour guide, leave every 15 minutes or so, and last about 45 minutes. They have English guides 10 am, 12 pm, 2 pm, and 4 pm, but yea, I wasn’t going to wait around for that. Towards the end, I broke off from the group, and just wandered around myself.

Observations: The Salt Cathedral narrates the life of Chris, with 14 different crosses, some carved as standing crosses, and some, shapes of crosses carved into the stone. There are sites for worship, but it is also rather commercialized. Example: There is like a commercial zone in the cathedral, with a cafe. It makes for an interesting day trip, but just temper your expectations. It is rather dark, even with some lights, and I have very poor night vision. If you have vision problems like me, bring a flash light. One of the nice things about the Salt Cathedral is that it is handicap accessible. 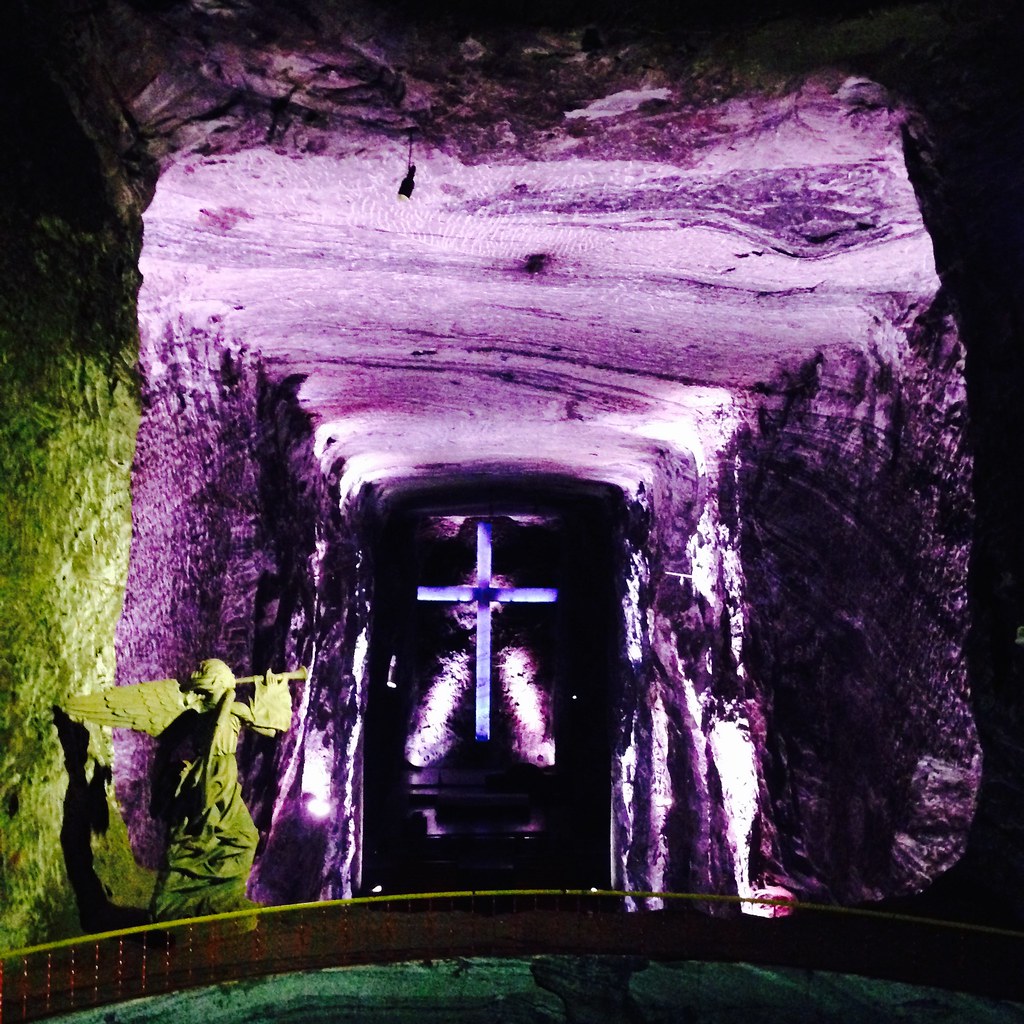 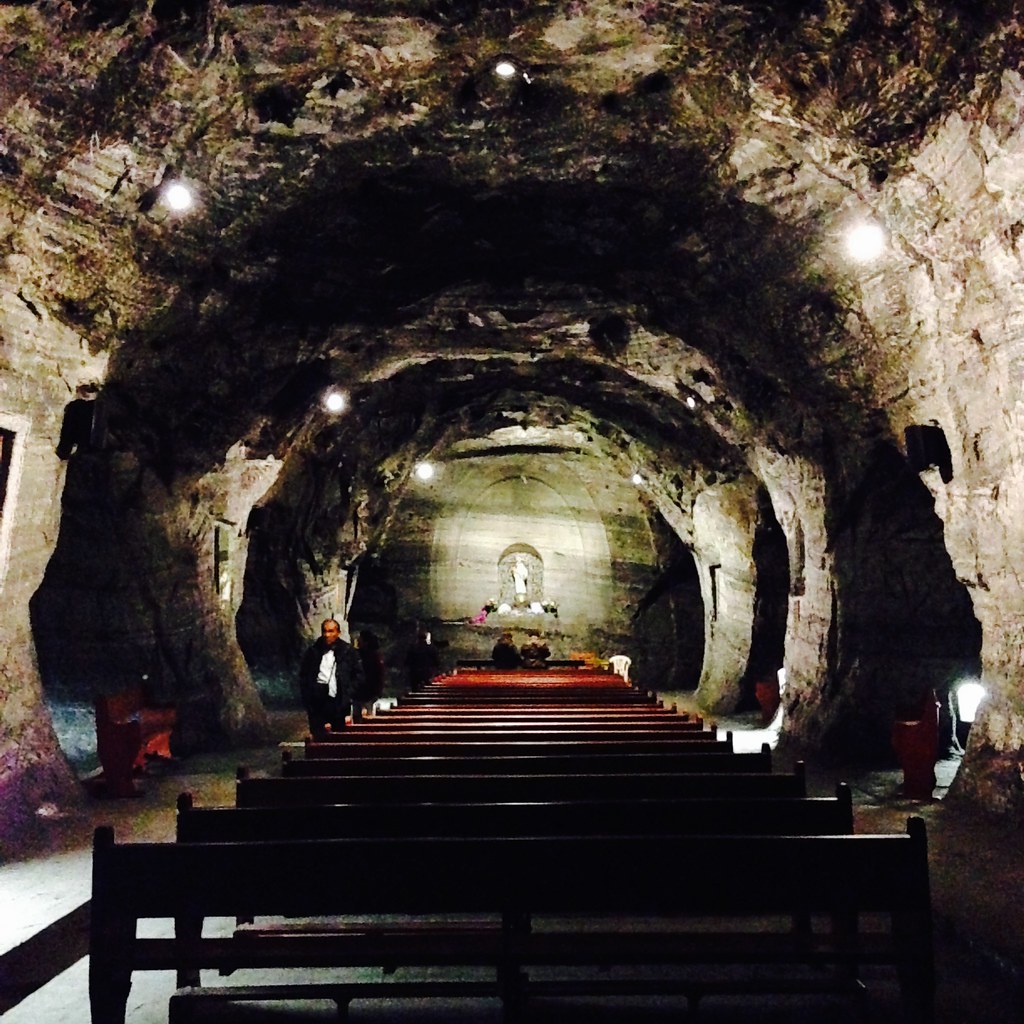 It is a nice little town. Prices are cheaper than Bogota, so feel free to stop for a lunch. I felt that the town was quite tourist-y, but some of the colonial architecture looks cool. The signage for their tourist sights is clear, so you wouldn’t get lost, and you don’t need a map either.

I took the same journey back. Buses pretty much just ran in the opposite direction that they came, so I just went back to where I dropped off, and when a guy yelled out Bogota, I boarded the bus back to Bogota for the same fare (4500 COP). The bus terminates at the Portal Del Norte station. One of the annoying things about this is, it traps you in the Transmilenio. I was planning on taking a local bus (1500 COP) back to Usaquen, as the Transmilenio station is 1 mile from my hotel. But you have to tap into the Transmilenio station, making the 1800 COP mandatory. Drop off a bit earlier at 187 Calle if you plan on taking local buses.

Food and Drinks in Bogota

Having been dropped off on the Transmilenio that’s 1 mile from my hotel, I decided to just break up the walk, by popping into a coffee shop. Juan Valdez is a chain store, and they do offer your choice of beans. I got a tall latte that set me back by 5300 COP. Nothing to shout about, but also nothing to complain about. I would probably put it in the same category as Starbucks. The nice thing about them is that they offer free wifi. 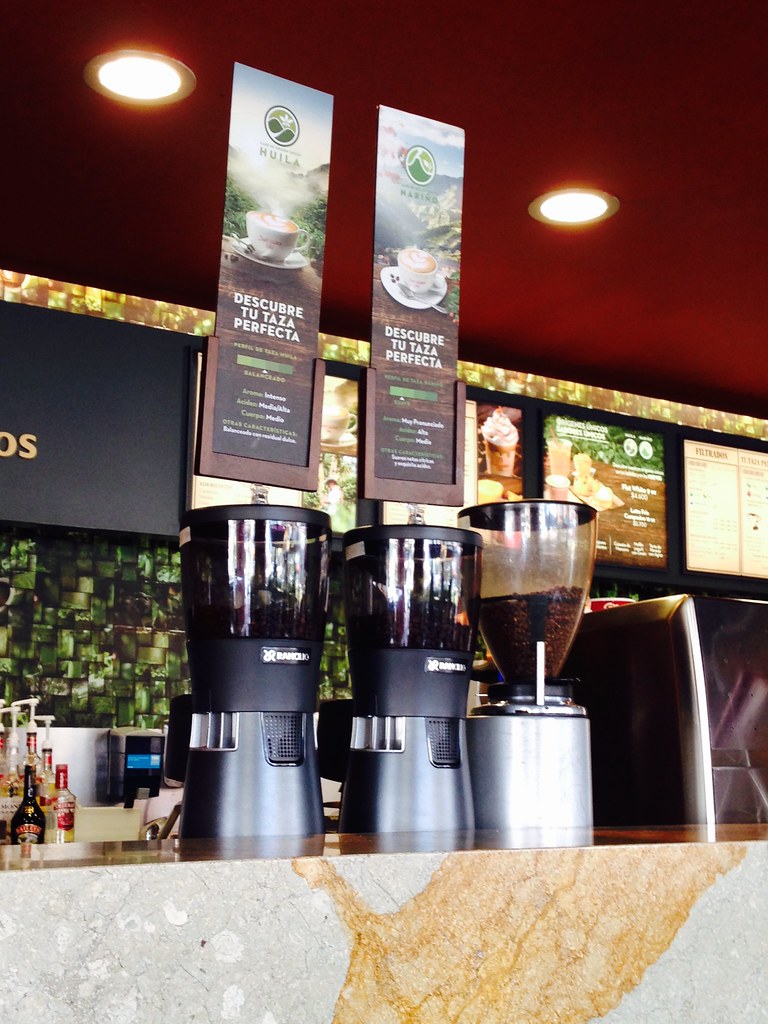 I decided to have a nice dinner. Usaquen has quite a lot of options, and I was googling my options, including parrilla and Brazilian rodizio. I was actually walking towards a Colombian parrilla when I got sidetracked, and ended up eating at an El Corral gourmet. El Corral is a Colombian fast food chain, a step up from McDonald’s, but El Corral gourmet is a little more upscale than it. I was attracted by the fact that they accept credit cards, and I was rather keen on charging as much of my expenses to cards as it was possible, to maximize my points. I had a New York strip (38000 COP) with onion rings, and a Club Colombia beer (6000 COP, 4.7%). Although I ordered it medium, it was cooked a little unevenly, so parts of it were closer to medium well, and parts of it was closer to medium rare. I enjoyed it nevertheless. 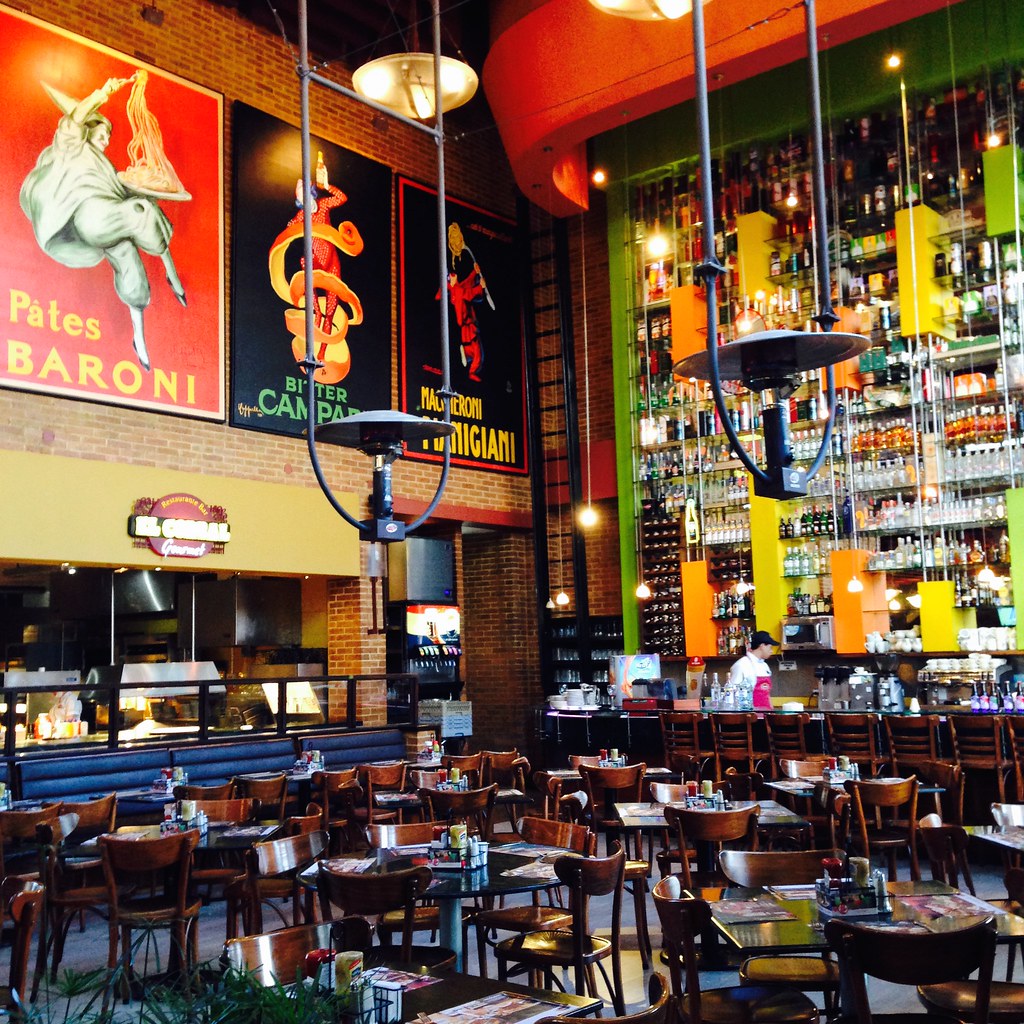 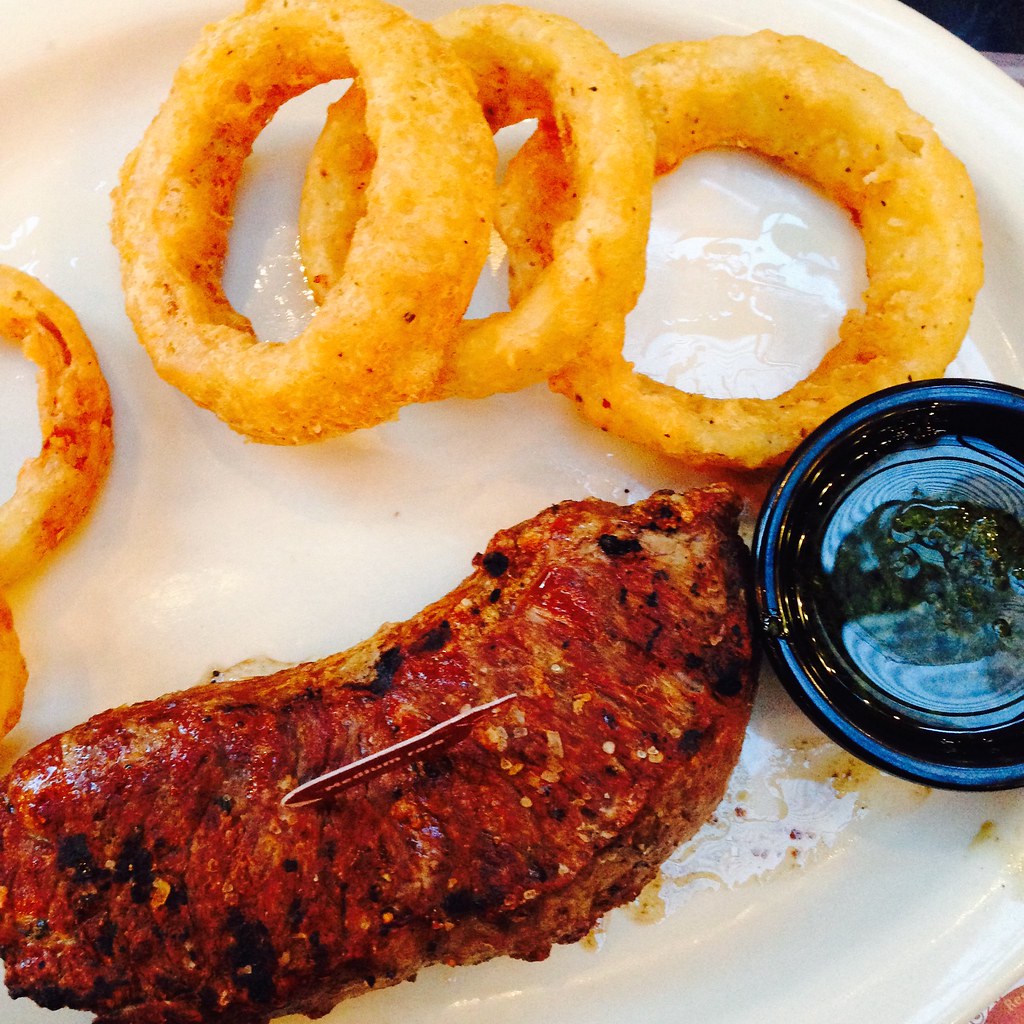 One of the interesting things to note about credit cards – sometimes, a store might just post a Visa sticker, but generally, they also accept other cards. I paid with my Citibank Prestige, which is a MasterCard, and there were no problems with that.