My first full day in Bogota. My only plan was to go to La Candelaria in Bogota, which is the colonial downtown, with Spanish architecture. After my travel boo boo yesterday, I was in money conservation mode. Based up (far) north in Usaquen, walking is not a feasible option. Thankfully, the Bogota public transport system is awesome.

To plan the bus trip to La Candelaria, I used google maps, which is actually very helpful. What I did not bargain for, was I needed a bus pass to take most of the buses. So, although L80 across the street from my hotel would have brought me straight to La Candelaria, I had to walk to a Transmilenio station that was about 1 mile away. Well, the weather was cool, so a nice walk never hurt anybody. I also saw the awesome designated bike lanes running through the city. Being a biker myself in Seattle, I think that’s really super! 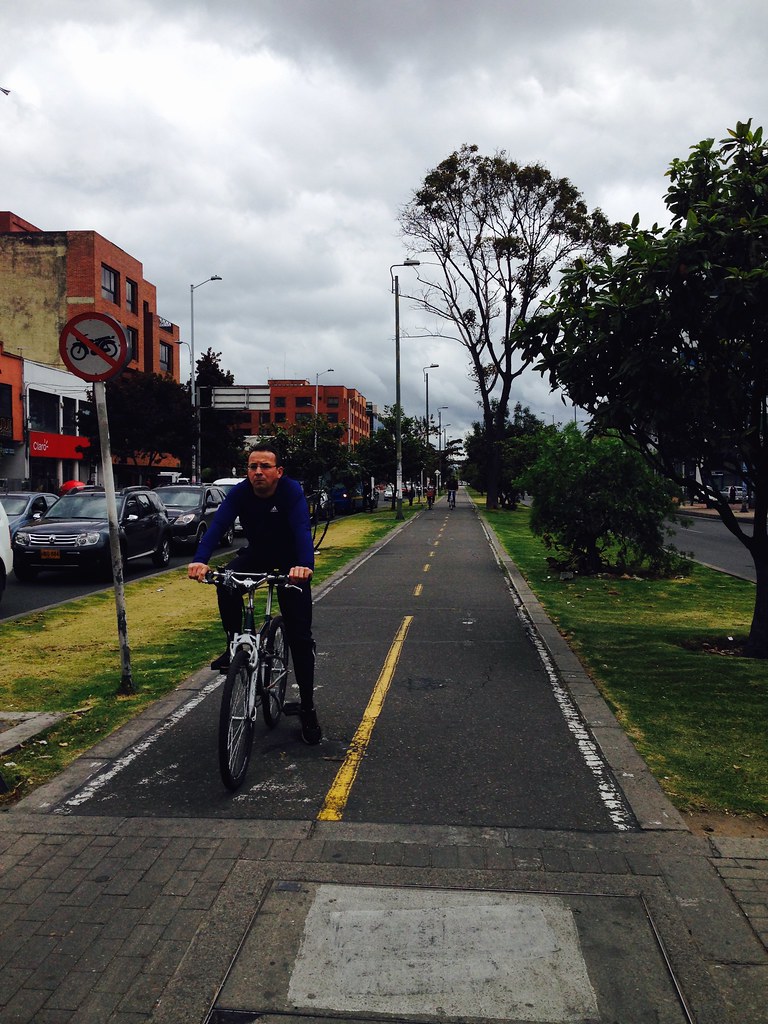 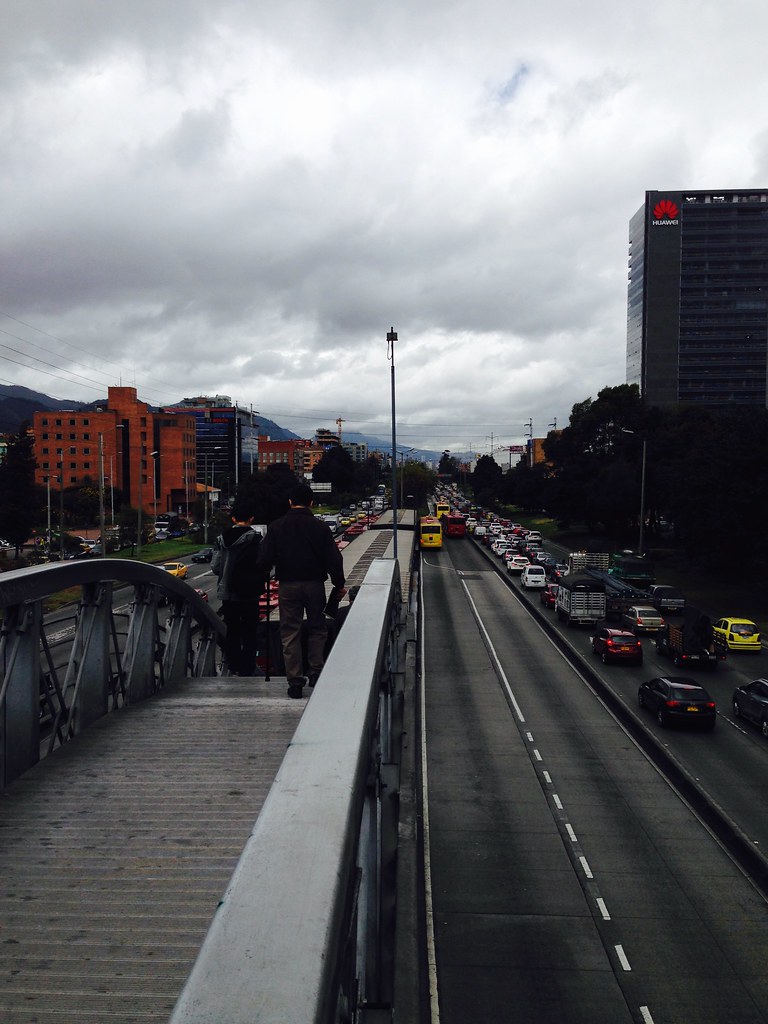 At the Transmilenio station, after some mad gesturing, the lady at the booth sold me a card for 2000 COP, and loaded it up with 10000 COP. Trips are 1800 COP each, so I should be good for a while. The Transmilenio system is brilliant, because it runs on its own lane, bypassing all the crazy traffic bottlenecks, and gridlocks that form around Bogota. I think I got to La Candelaria in like 30 min. There are system maps available at the station, and as long as you know where you are going, it should be fairly self-evident which bus you are supposed to be taking.

The heart of Bogota’s tourism, La Candelaria, is truly tourist friendly. While I downloaded a map on my iPad to use, I never actually had to whip it out, because they have very clear signs, and maps at every other junction or so. I had actually planned to visit the Botero museum (free) today, but well, a number of museums are closed on Tuesday, so just my luck.

It was still nice to take in the geography of the heart of Bogota. The streets are really fun to walk around, and because there are changes of elevation, taking pictures either from the foot of the hill or the top of the hill create very spectacular visual effects. The tourist part of town also has many ministries, so there are many government officials, students going about their business. It does give it a nice feeling. Avoid the tourist restaurants, and head towards the restaurants located around the Universidad Libre – there are plenty of bargains. I got a set meal with a starter, main, drink and dessert for 8000 COP (~3 USD), and was stuffed after that. I also got a chicken empanada from one of the stalls (1500 COP, ~0.50 USD) for my dinner later in the evening. 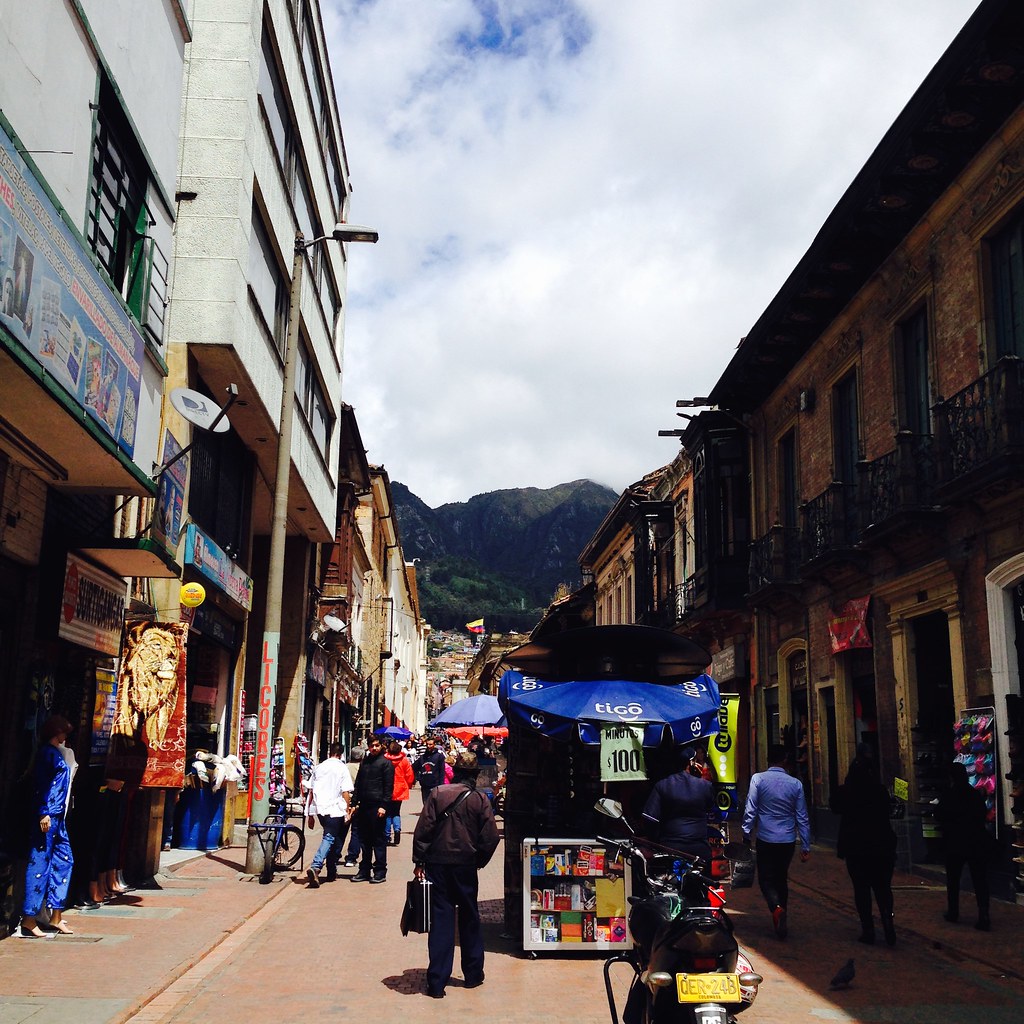 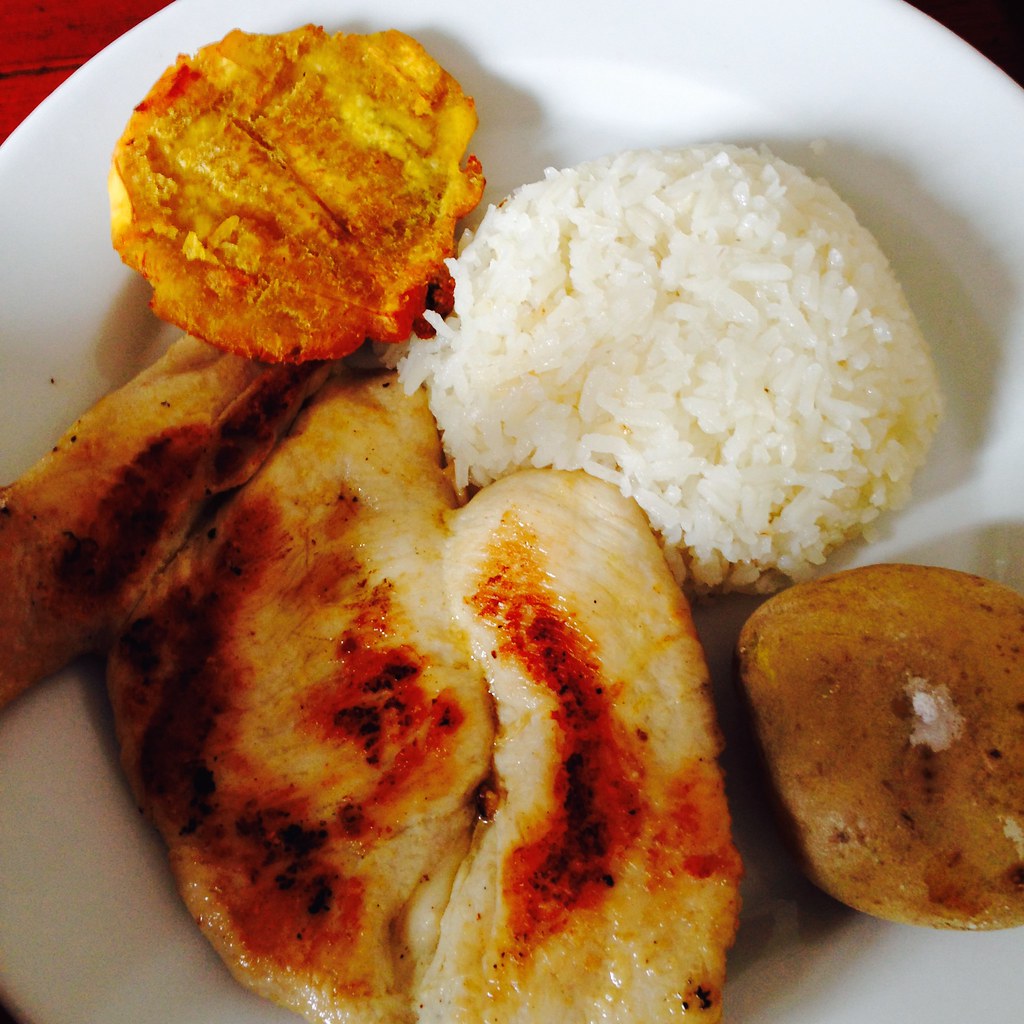 The Bolivar Plaza is really a sight to behold. It was designed as the center of the city by the Spanish, and today, there are lots of birds. There’re vendors selling bird feed. I later found out it’s because some tourists like to take shots of birds like sitting on their hands feeding. 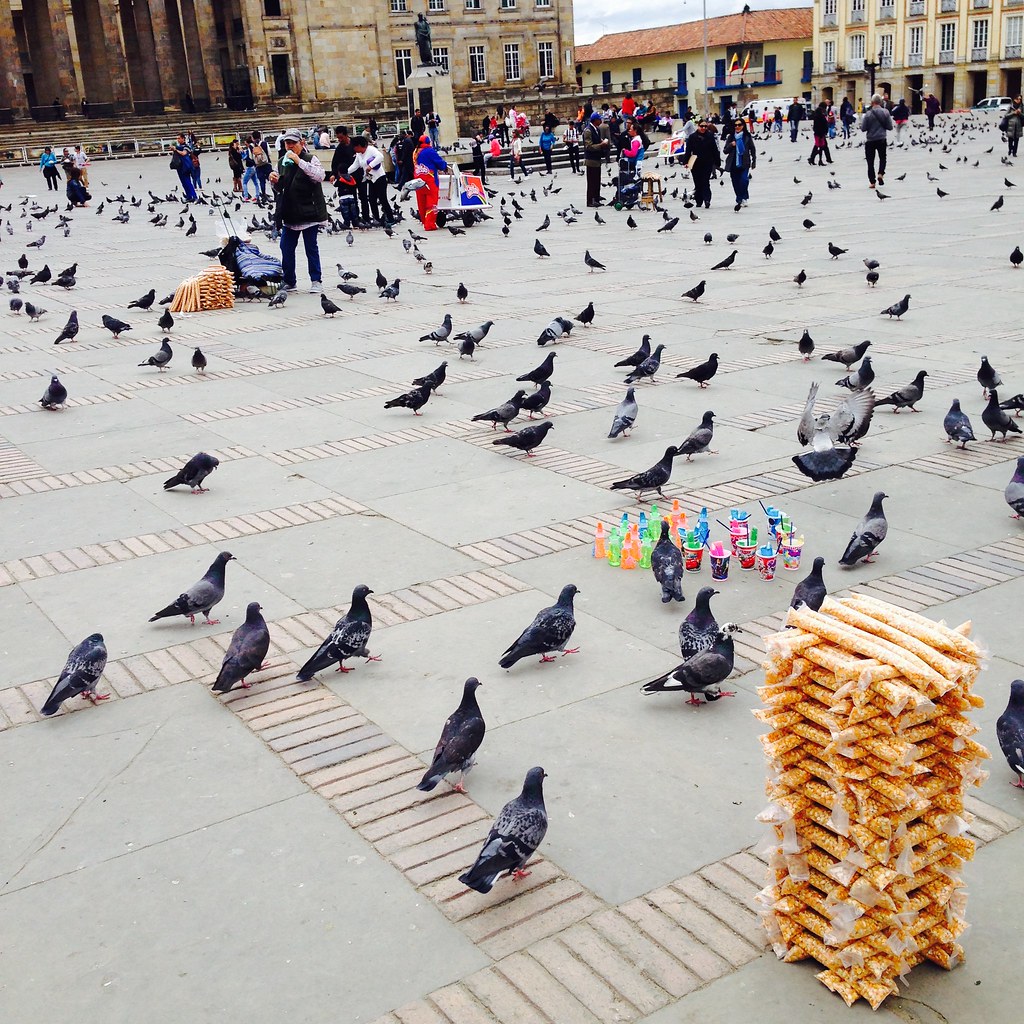