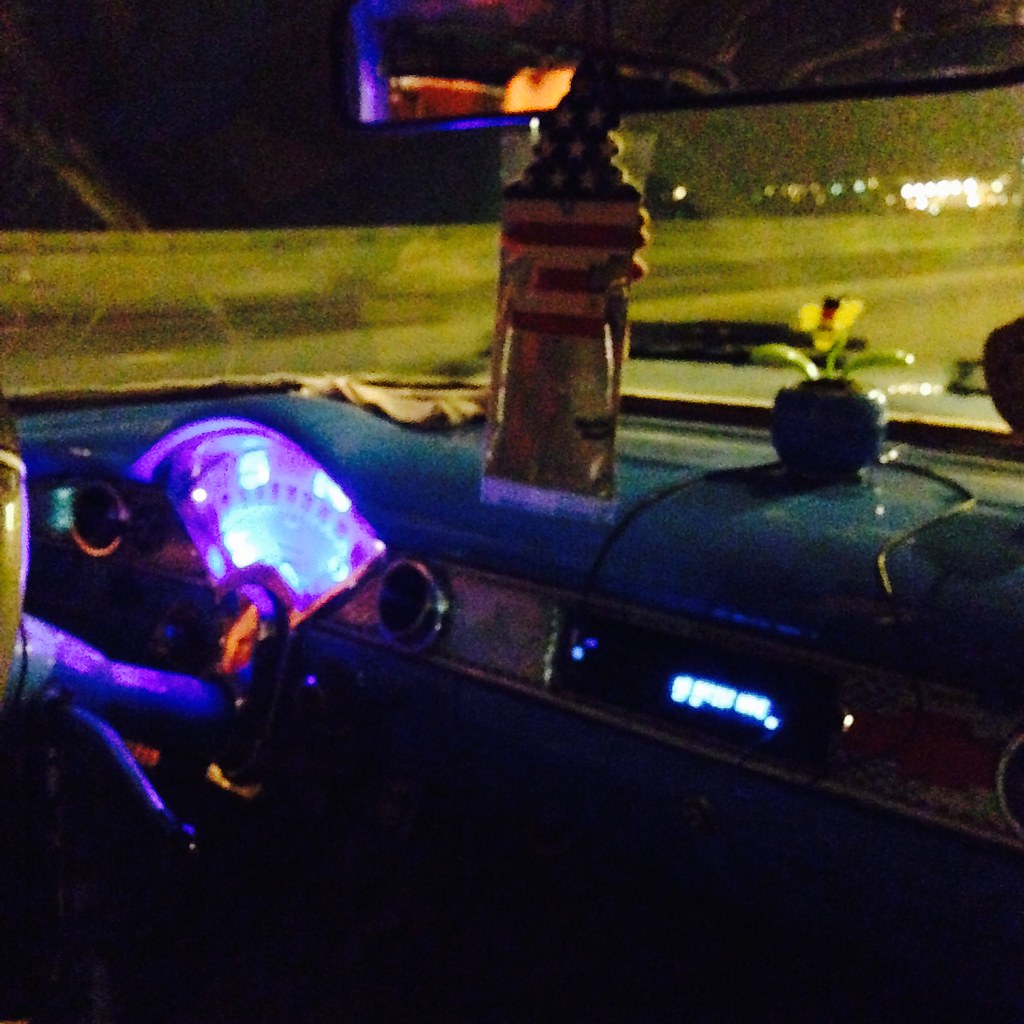 My compliments to Casa Blanca. I arranged for an airport transfer the evening before with the host’s sister, and lo and behold, in the morning, at 5.45 am, I could hear one of the guesthouse’s staff stirring in the living room area. When I got out of my room, he was standing at the balcony staring for a taxi to arrive. That’s dedication right there! (and I get a sense that Cubans don’t like waking up early …. Me neither)

This airport transfer was a little more funky than the one that I took from the airport. From the airport, it was just a regular tourist cab (read: boring new car). The airport transfer to Jose Marti International Airport is an Old Chevy. The driver definitely takes pride in his car. Things like the speedometer stopped working long ago, but the dashboard was still shiny, and well, his car is definitely better maintained than my twelve year old car. The ride to the airport was painless.

Jose Marti International Airport duty free offers all the stuff that you want as souvenirs, cigars, rum etc. if you didn’t do enough shopping while you were in Havana. I didn’t get anything, but if you forgot someone, no reason to panic. They also have an airport lounge – Salon VIP lounge. I am not sure what will get you in there. In any case, I just sat in the main terminal, which has a café serving snacks and more Cuban coffee.

Today is another travel day: HAV – PTY – BOG. I do love how punctual Copa Airlines generally is. The transfer was painless, and anxiety-free, and the flights were lovely. I was given a very substantial and tasty breakfast box on the flight from HAV – PTY.

Arriving at El Dorado International Airport was a bit of a nightmare, mostly because of the immigration line, which went round the block a few times over. I think it was mostly just the case of bad timing, because when it was finally my turn one hour later, the immigration officers were really efficient, despite the fact that I haven’t filled out any immigration forms. It took less than three minutes to clear immigration. On a bright note, they do offer free wifi, so while you are standing in line, you can always amuse yourself with the interwebs.

There is a money-changer at the baggage claim area, and that’s generally where everyone (including myself) stops at, instead of outside the terminal. That is generally not a good idea, mostly because of the wait times. For some reason or other, they require quite a lot of information, e.g. passport, where you are staying, signatures and fingerprints, regardless of the amount that you are paying. This winds up taking quite a while, when there’s a line of people changing money. There are plenty of money-changers outside the secured area.

The rate I got from the money-changer at baggage claim wasn’t great, but it wasn’t terrible either. I got it for 1 USD = 2750 COP. The real rate for the day was 1 USD = 3000 COP, but factoring in that that is never the bank rate, I thought that was ok. The money-changers outside the baggage claim area offered 1 USD = 2760 COP.

Getting to and from El Dorado Airport

Taxi: According to Wikitravel, you should locate a taxi counter, and get them to print out the official taxi rates, and make the taxi driver commit to that. Well, you probably should follow that advice. I made a pretty big mistake there. The moment I got out of the terminal, I was like lamb to the slaughter. And after a ‘guide’ pointed me to an authorized taxi, and told me the rate would be 30000 COP, he asked for a tip. -.- Sigh. Well, I didn’t give him one, mostly because I really didn’t have any change on me.

The ride to Usaquen was long, and traffic a complete madhouse. Bogota traffic is pretty insane. I don’t envy those who have to battle traffic on a daily basis. When I arrived at my hotel, the driver asked me for 40000 COP. At this point, I was too tired to argue over what amounts to 3 USD, so I just let this one go.

Bus: The city of Bogota has quite an awesome bus system. I did not take this option from the airport, but I will be taking this option back to the airport. I am not sure if they have a counter where they sell those contact transit smart cards (2000 COP), but yeah, you need one of those to board most of the express buses. The local minibuses do take cash. Rides around the city are 1800 COP.

After all the traveling for the day, I pretty much just called it a day at the Hampton Inn Usaquen, and decided to catch up on work in my hotel room. 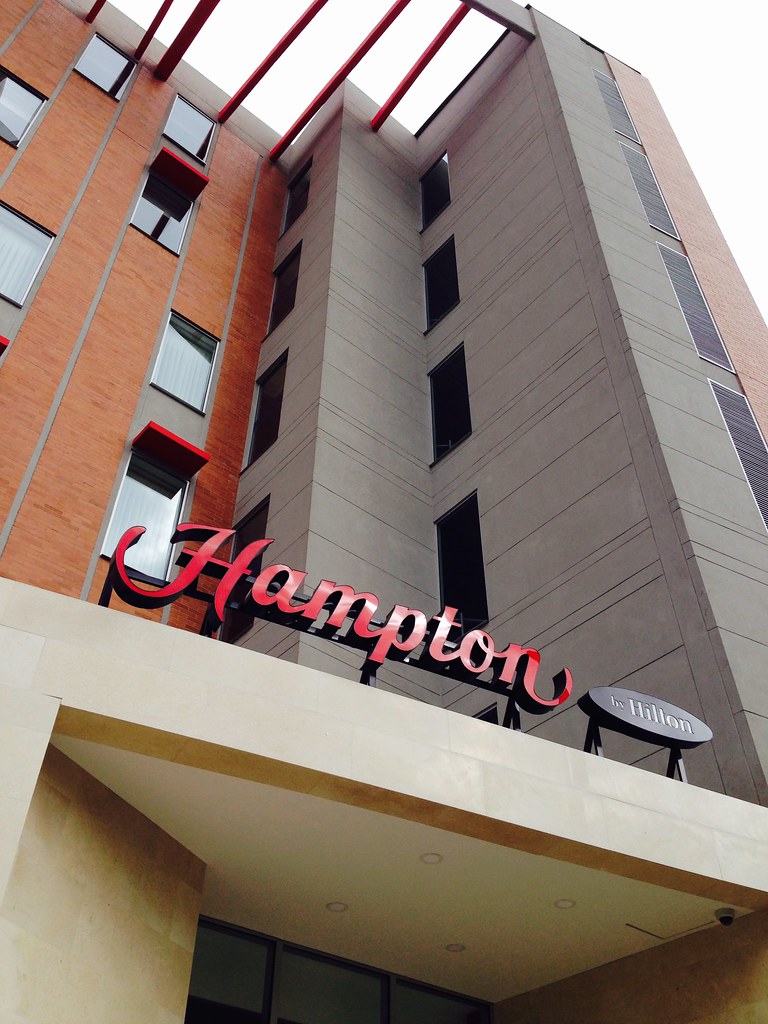