After talking to one of the staff at the guesthouse, I found out where the ferry to Casa Blanca is – it is near Plaza de San Francisco de Asis, and after getting lost again, it is this little shack that is beyond Russian Orthodox church, beyond the Museum of Rum. 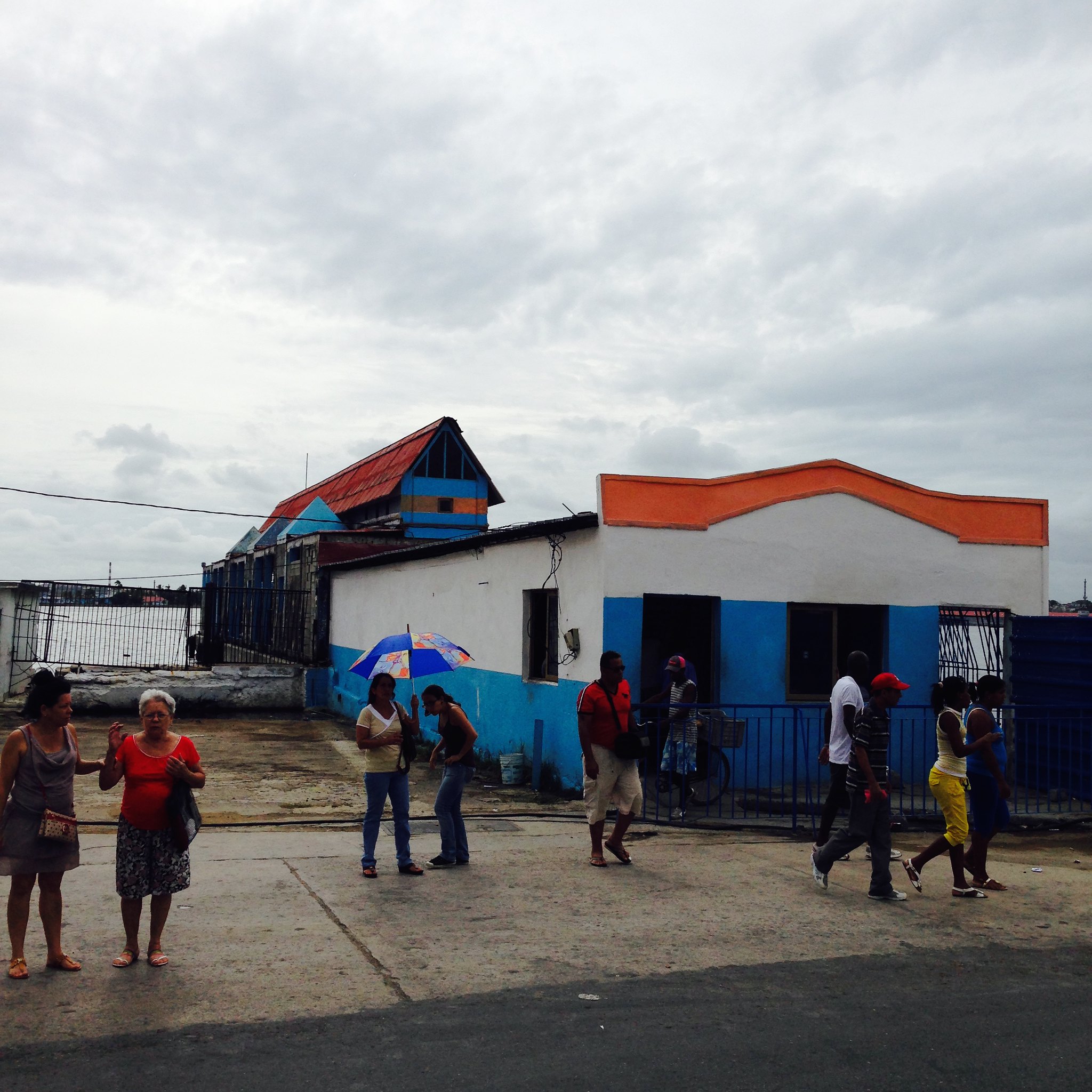 I have yet to visit the Plaza Vieja and so, I took the opportunity to walk down Brasil, towards Plaza Vieja for some breakfast. The Plaza Vieja is a very nice tourist square, if somewhat out of place amongst Havana’s general state of disrepair. I settled at Café Escorial, which also roasts its own beans, and had a bocadito (sandwich) especial, which had cheese, ham, and chorizo (2 CUC) and a Café con leche (1.25 CUC). Havana is not a morning city, so at around 10 am, it was still waking up. There are also some nice-looking Casa Particuliares around the square, if you are looking for convenience.

After my leisurely breakfast, I headed towards Plaza de San Francisco de Asis, which also features the Church of St. Francisco. It is a very impressive building, and of all the churches I went by this trip, probably the most well-maintained of the lot. After some bumbling around, I finally found the rather non-descript ferry terminal, which has frequent crossings between Havana Vieja and Casa Blanca. Unfortunately, I was not allowed to make the crossing – apparently, laptops are not allowed on the ferry. It was too late for me to make the journey back to my guesthouse to do a laptop dump to make the ferry-train combo in time, so time for plan B.

I strolled around Old Havana a little bit more. There is a Cuba Post beyond Hotel Valencia, if you are walking along Oficios from Plaza de San Francisco de Asis. I turned up Obispo, and wound up getting a canoli-type pastry at Santo Domingo Bread and Pastry (0.35 CUC). They seemed very popular (not to mention cheap). You probably could get a filling sandwich or pizza-type dish for less than 1 CUC here.

I walked towards Central Park, and boarded one of those Hop On Hop Off buses (5 CUC), which goes as far as the beach. It was nice to see other non-walkable parts of Havana. Some of the spots include the Revolution Square, which is one of the strangest places in Havana, with some revolutionary monument in the middle of nowhere, surrounded by government buildings. Some of the cooler sites include the cemetery. As we pulled into the beach area of Havana, that was when our bus broke down in front of Hotel Panorama. After some twenty minutes, and a lot of effort on the part of the bus driver, we were finally on the way again. But apparently, disaster doesn’t strike once, but twice. As we went past the cemetery, going uphill with a full load, I think you can guess what happens. We stop dead, right in front of the entrance of the fire station, right at the moment that an ambulance was attempting to exit. Of course. Well, there was another Hop On Hop Off bus behind us, so the smarter ones got off, and hopped onto that one. I stuck around that bus, hoping it would re-start, but that did not happen. 20 minutes into sitting on an empty, open-top, stationery bus, it starts to rain.

While on the bus back to Hotel Ingleterre, I spotted a lot of cool graffiti on Prado, so after getting off the bus, I wanted to turn back to take some photos of these graffiti. While walking down the Prado, I heard some music coming from a building, and so decided to head towards it. They had some live band playing Cuban music. It seemed like some sort of private party, so after listening to a few sets, I left. 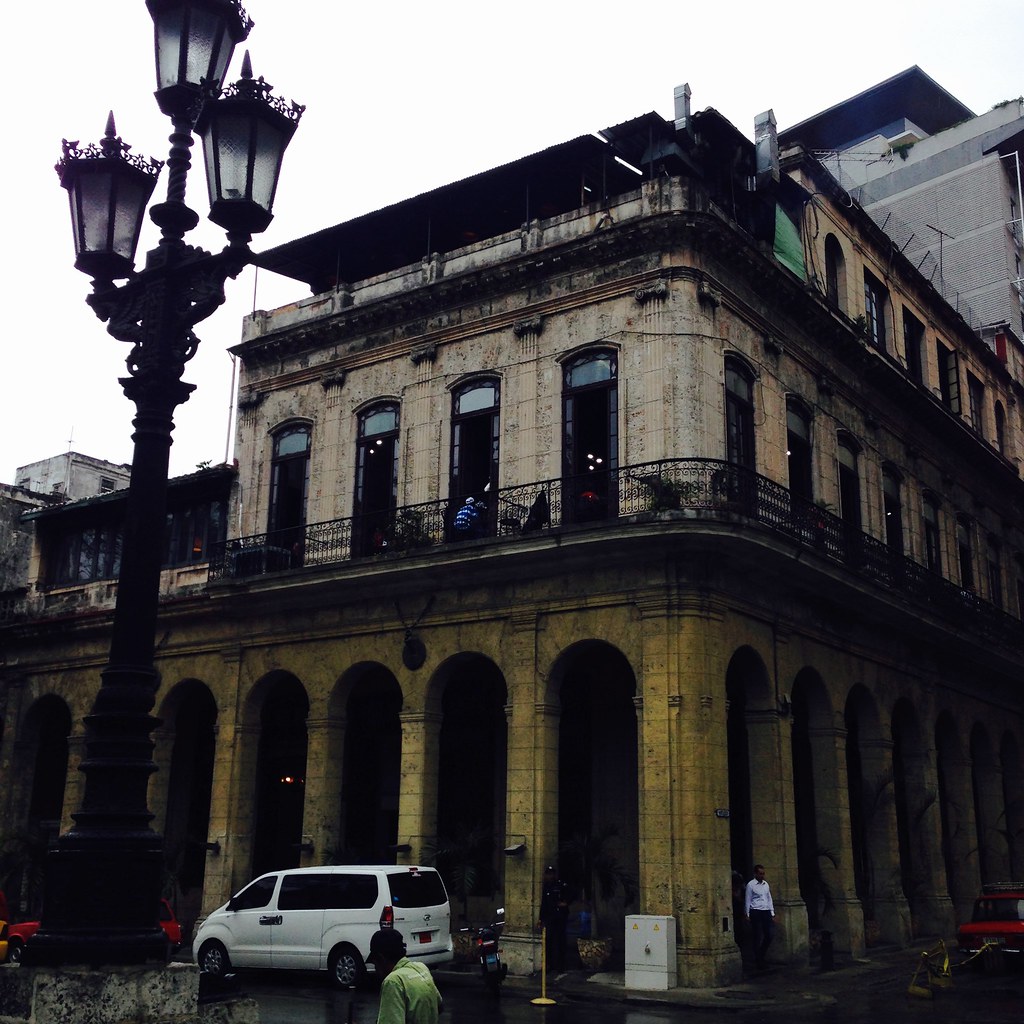 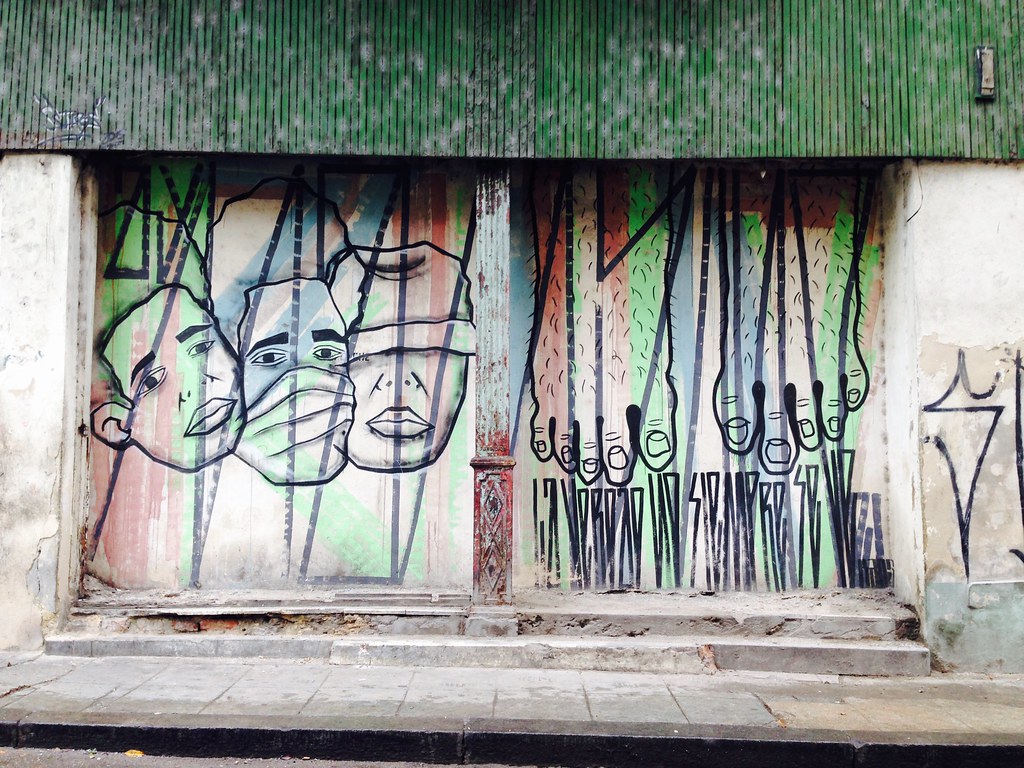 Graffiti on the Prado

It started to pour in earnest, so I sought shelter at Café Prado 12, which offered a daily special for 7.50 CUC, which was a nice pork dish, with rice, a little side salad, and fried plantains. The daily special also came with a fruit dessert It is a nicely situated building with a great view of the Prado and the Malecon. They were rather sneaky, and put in a 10% service charge. But by this point, I couldn’t care less. 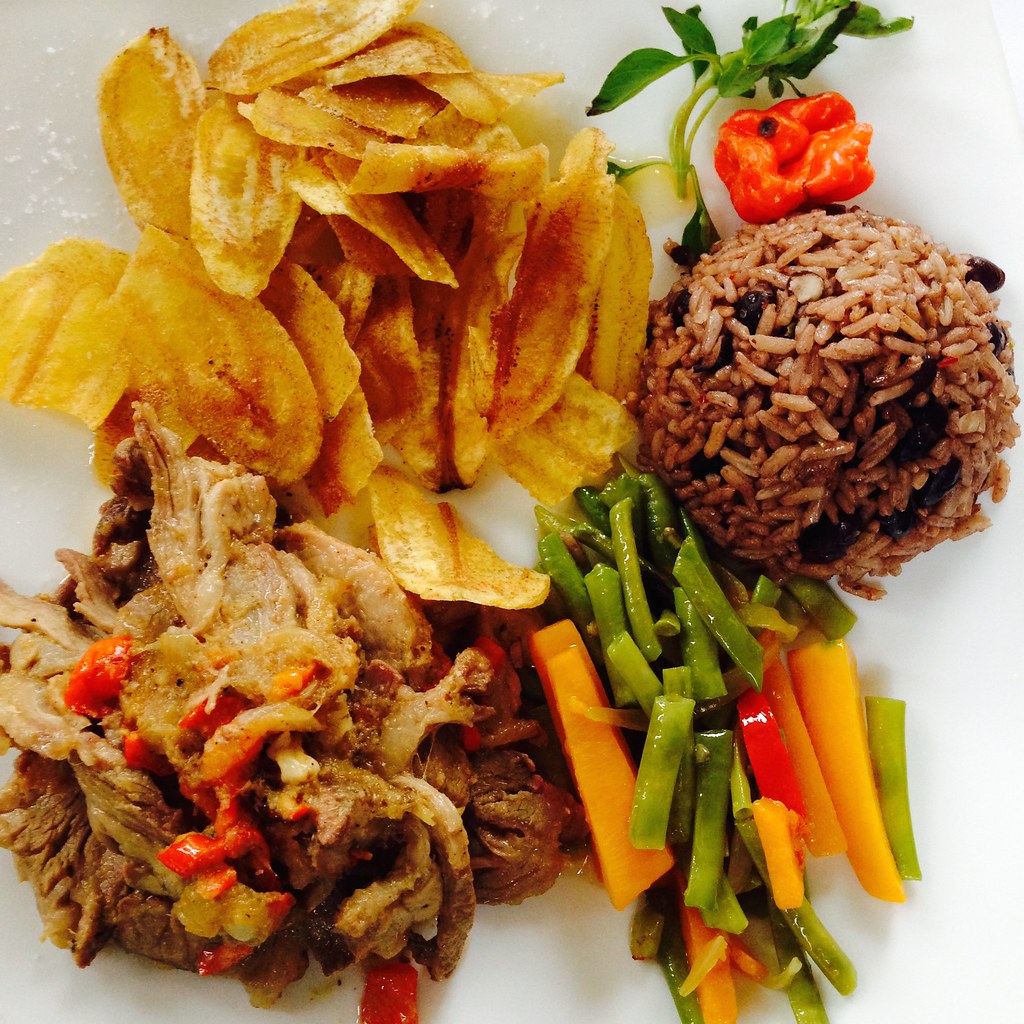