In the late morning, we finally got on our flight to Labuan Bajo. It was an uneventful flight, on a typical-LOD trip propeller plane, arriving in Labuan Bajo around 2 pm.

Labuan Bajo is quite a small town, and I am guessing the town is just a 1 km strip from point to point. They have one main road, which which they turned into a loop, so it only goes one way. If you missed the place you are heading to, you’d have to like go one big round to get there.

It seems that it is now starting to build amenities to accommodate growing foreign tourism. There are some really fancy restaurants/bars like the Tree Top, which was a four-storey building facing the sea, and has a vibe that is catered to Westerners. There were a couple of other outfits like that. There are also a bunch of convenience shops around town, and some are now two-storeys high. (no Pringles, or potato chips, though) The one thing they didn’t really have, are accommodations that would cater to higher end tourists, or have decent priced A/C. We stayed at a place that cost 150,000 rupiah without A/C, but 300,000 rupiah if we chose to use the A/C. There are, however, fancier resorts that are not on Labuan Bajo, and probably about 15 min boat ride away from the port of Labuan Bajo.

C and I walked around town a little bit, and snacked around, too. I got some tasty chicken balls, which went really well with the chilli sauce, while he got himself some fried veggie cake.

After a little rest in the guesthouse, we headed for dinner. One of the highlights of being in Labuan Bajo (or Flores for that matter) was watching the sunset. R asked the driver to send us to a place where we could watch the sunset, and the driver certainly knew a spot. He drove us to a restaurant called Paradise, which had an unobstructed view of the sunset. Evidently, it was a popular spot for photographers, as there were tripods and many-thousand-bucks cameras around. I just grabbed a couple of shots off the ledge, and joined R and A at the dinner table.

One of the other impressions from this spot, was the watery nature of Southeast Asia. It did seem as if the water was the highway, connecting all these islands that were separated from each other by water bodies. It does give one the impression of how water acted as a major factor in Southeast Asia.

Dinner was a wonderful tuna steak. We went to bed early, in anticipation of our boat trip early next morning. 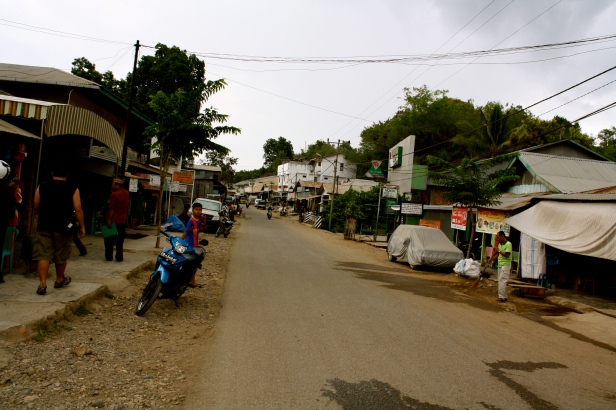 Beer Bintang and the Port of Labuan Bajo from Paradise 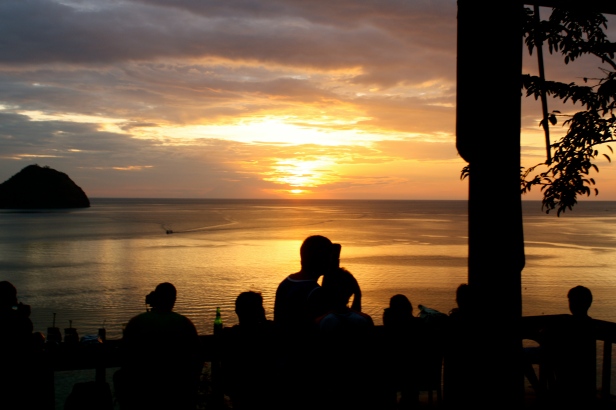 Labuan Bajo Sunset from Paradise (a many, many photography enthusiasts)