We had half a day left in Iquitos, but we just ended up chilling in the compound of La Casa Fitzcarraldo, drinking several jugs of jungle juice, as we went down the list. Camu Camu was B’s favourite, so it ended up being a repeat. To date, I still have no idea what it is. Once again, it is entirely possible to just hang out at La Casa Fitzcarraldo, as the compound is just that awesome. And if you are a fan of four-legged friends, there are a couple of dogs, and one little kitten, who hangs around the compound, too (and no, I am not being paid to write this).

We decided to head for the airport earlier (it’s about 30 mins away), though the staff at La Casa Fitzcarraldo were kinda bemused. Turns out to be a good decision. Once again, the time of our flight was changed without our knowledge, and this time round, it was departing 30 mins early. So when they say call to confirm, it’s a pretty good idea. We just got lucky that we didn’t miss our flight.

The plane journey back was pretty amazing, looking out of the window. The mountain chains beneath looked really spectacular, and sometimes, I saw the peaks of some of the Andean mountains poking out of the fluffy clouds beneath. It was breathtaking.

On a note about domestic travel. We actually did our flights and bus bookings (but not our train bookings) with Go2Peru . Their prices are actually cheaper than the websites of the airlines sometimes, and they make the booking hassle-free. A few emails can settle your transportation problems. Also, if you are determined to check out the websites of airlines themselves, it also gives a good summary of all the options and timings available. Peruvian domestic airlines are actually pretty decent (well, compared to American ones). I don’t know about their safety record, but you can check in your baggage for free, and even on short flights, they do give you a snack and water. So that is nice.

After getting back to Miraflores, it was kinda late. So it was time for dinner. We were determined to have famous Latin American grilled meat for dinner, so we headed to Kennedy Park to survey our options, picked a grill house, and had a grill set for two. It was pretty delicious, and filling! Try it! After our filling dinner, there was a little night market in Kennedy Park, so B went shopping, and got some stuff. 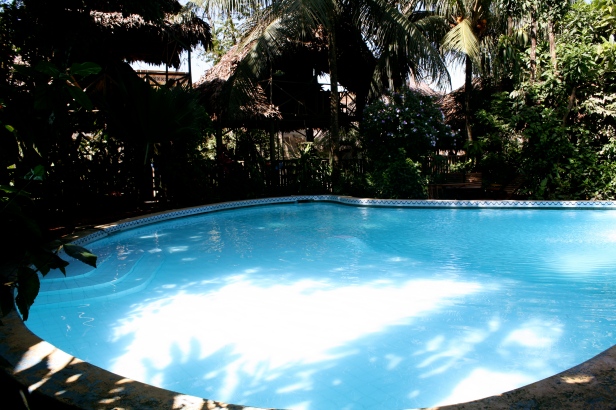 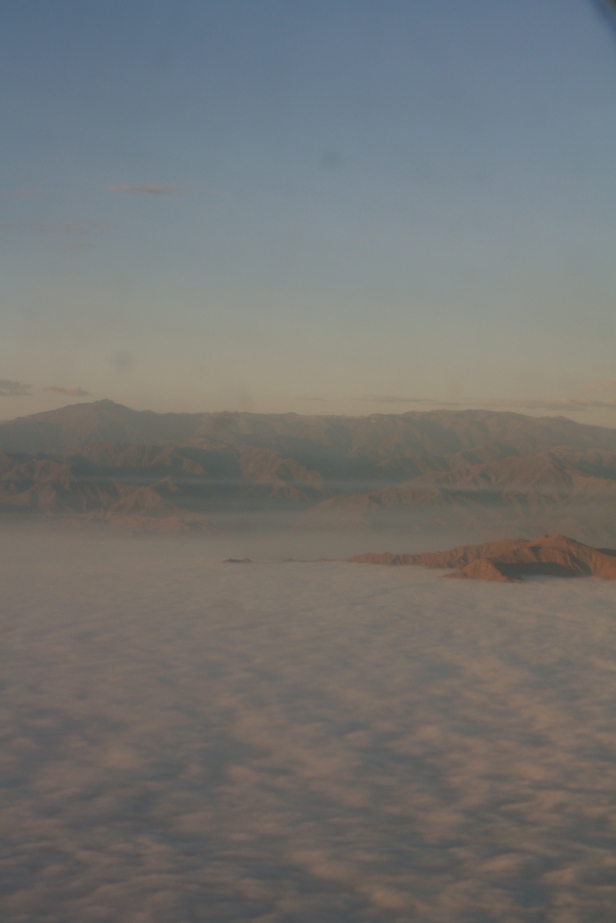 Mountains peeking out of the clouds 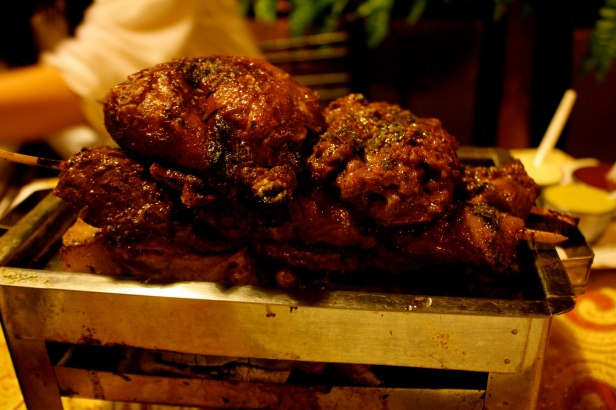