Long driving day, and we had a late start, as I needed to finish my assignment, oops! 😛

The main attraction of today’s trip was actually the Grand Canyon, but it involved quite a long trip, as I persuaded the other two to do a detour to the Hoover Dam, and we were spending the night at Flagstaff.

The drive to Hoover Dam was actually took quite a while. There was traffic going there, and getting parking there was tough (well, free parking anyway). But I think this piece of engineering marvel was not to be missed. If I don’t remember wrongly, this is a legacy of the Great Depression, whereby there were many mega construction projects to try and pump money into the US economy. It is also the raison d’etre of Las Vegas. Without irrigation, many of the places in desert Nevada would not have come into being. For popular culture reference, I think I was enraptured by it being featured in Transformers. It was definitely worth the detour.

After our brief stop at Hoover Dam, we pretty much drove straight for Grand Canyon. With my lead foot, we managed to arrive about 1.5 hours before closing. Thankfully, we were able to ditch the car, and take the shuttle buses that run around the Grand Canyon. The main thing I remember us doing (I kinda napped for most of the shuttle bus ride due to exhaustion) was us getting off at a look out point, and seeing the Canyon, which was made of many multi-coloured layered rocks. I guess it is some sort of geological feature. I thought it’d be interesting to see it from the bottom, but that was basically my only encounter with it – a grand total of 1.5 hrs (on my priorities in life, later).

Following the brief tour of the Grand Canyon, I drove for another 1.5 hours for the place we were going to room for the night – Flagstaff. I chose the spot, because it was nearish to the Grand Canyon and also near Peoria, my next destination. Also, I was attracted to its old-school charm, and its location on historic route 66. Sorry there were no pictures, as we arrived pretty late. But it had some old-school charm. Perhaps I’ll return some other day. 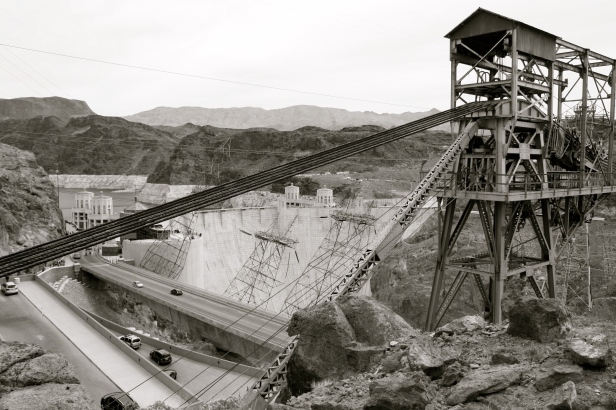 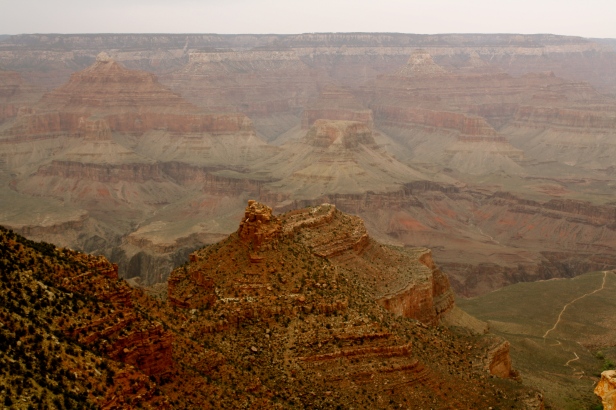 My only photo of the Grand Canyon