After spending pretty much the whole of yesterday getting to Las Vegas from Seattle, today was our first touring day of our road trip. As the two have never seen snow or ski-ed prior to this, I suggested that we go to the Las Vegas Ski and Snowboard Resort, after finding out that there’s skiing in Vegas (who would have thought!)

It was a pleasant drive for us getting to Indian Springs, where the Las Vegas Ski and Snowboard Resort was located (about 1hr from Vegas). Along the way, we passed by a penitentiary, where hitchhiking is prohibited! It was quite a desert landscape, with a lot of mirages. I probably wouldn’t want to be stuck out there!

Skiing – this was my second go at it. I definitely wished that I actually started out with this beginner hill, and not the one at Stevens Pass, and its steep straight stretches. This was definitely easy peasy, and not hard on the beginner. I did contemplate trying the intermediate slopes, but I chickened out in the end. I do have some slight regrets.

After we were done, we still had some time. After seeing the frozen custard of Las Vegas on some foodie show, I decided I had to try it (see Luv-It Frozen Custard . So, the other two obliged, and that brought us to north of Las Vegas Downtown. Instructions on the website are slightly vague, and while it was near the Stratosphere as mentioned, it did take us walking in four different directions before we found it. So you might want to download the specific address and check it out on google maps if you decide to go. Also, even though it might look closed from the road, walk towards the parking area. They have a window there.

I got a regular Western sundae with chocolate. At about five bucks, it was huge, and very rich and thick. For someone like me who can eat a whole pint of ice cream at one sitting, even this was a little hard for me to chow down. Lesson? Do not be greedy and go for anything more than a regular. It was worth a try.

After my fulfilling the foodie in me, I drove the two to outlet shopping south of downtown Vegas. Well, I can’t comment on that, since I just sat there while they went Singaporean shopping crazy. After their shopping trip, we finally headed to check out downtown Vegas. It was quite a fantasy land. It reminded me of one of those theme parks in China, which was supposed to showcase the world, with the Eiffel Tower of Paris Hotel and New York imported to the middle of the Nevada desert, and condensed into a one mile strip. It was quite an experience, and it was also crazy crowded. Driving through this took some patience.

We had an early night, as the next day involved a lot of driving. 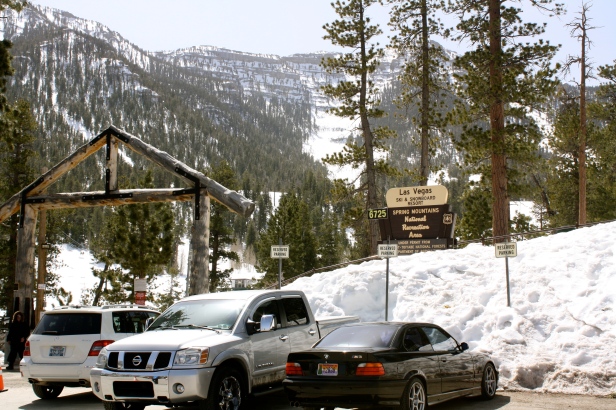 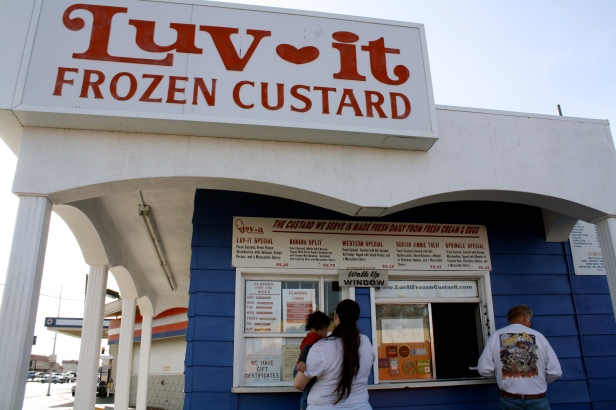 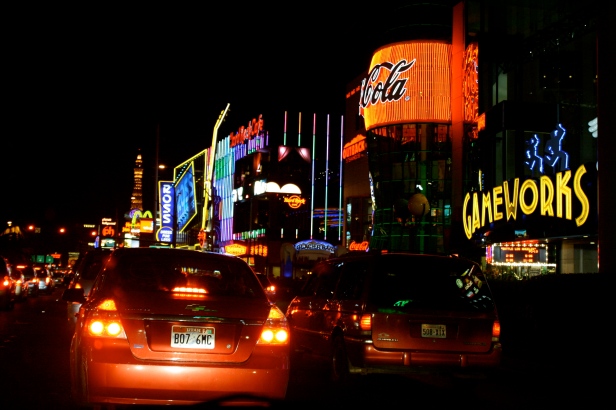