After a five hour bus journey, I arrived in Chetumal. I guess in the future, I really should do more research. I bought my boat tickets from Chetumal to Caye Caulker from the bus station, but when I got to the water taxi jetty, I realized I paid a few bucks too much for the San Pedro water taxi. It was quite a sight, as the shops looked more like make-shift shanties (think it was closer to 20 usd if you got one at the little shack itself). Oh well… 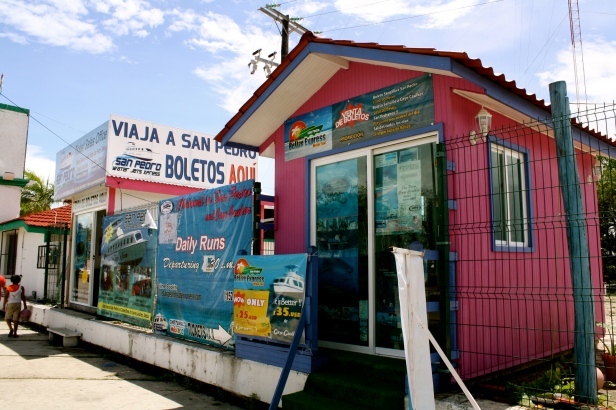 With an hour before the water taxi departs, I decided to walk around Chetumal. There were remnants of the Grito celebrations in Chetumal. Somewhat hungry, and peso-poor, thankfully, I did manage to have a delicious oregano and cheese pizza at a Middle Eastern restaurant.

The boat ride was a little surprising. I was expecting it to be fancier, but thankfully, it was not too choppy, and I avoided a land border crossing.

Arriving at San Pedro, I had another classic visa encounter. When I was in Iran last year, the customs don’t deal with Singaporean passports very often, so they actually had to flip a booklet to try and figure out what to do with my passport. At the tiny counter at San Pedro Town, Belize that was “immigration”, the lady at the counter had to call some other authority to figure out if I was allowed into Belize (yes! Singapore passports don’t need visas!). 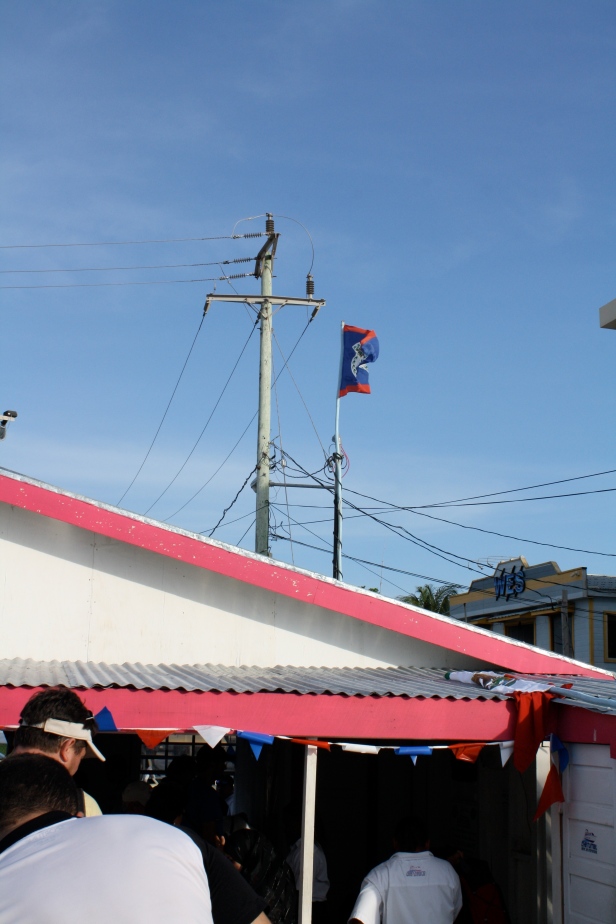 More waiting in San Pedro Town for the next water taxi, there were some serendipitous encounters. Right outside the water taxi jetty, I saw many little kids throwing baseball with each other. And the TV was showing Sleepless in Seattle. This is the first time I am watching this, since I moved to Seattle. Someday I might watch the whole film.

I arrived at Caye Caulker after dark. It really reminds me of Havelock Island, India, though it is much smaller. It has a laidback charm, and there are many seafood bbq joints along the road. There are also no proper roads on the island, just beach paths, and one of the more common modes of transportation are golf carts. The buildings on the island are also mainly made of wood, remind me of kampong houses, but are painted in beautiful pastel colours.

My chicken on the BBQ!

One downside? Accommodation was pretty pricey. I stayed at Blue Wave Guest House, in a private room for 60 USD. It had a nice little balcony that looked out to the sea.