Initially, I had planned to go visit the tea plantations in Darjeeling for my India trip, because I really like taking trains. Unfortunately, as I was monitoring the strike situation in India, it looks like things weren’t going to work in my favour, so I ended up deciding on going to the Andaman Islands instead.

That, in itself, was quite an adventure. Although it’s located a lot closer to Myanmar than India. It’s also not exactly the most accessible place on earth. There are only two cities in India that you can fly into the Andamans – Kolkata and Chennai. So, I planned my trip to India based on this, with the plan of spending bulk of my time on the Andamans, with some hope that I can get some surfing in.

For the trip to Kolkata, the cheapest option was the trusty regional low-cost carrier – AirAsia. Unfortunately, as they are based in Kuala Lumpur, and only go to interesting places from Kuala Lumpur (they have some flights out of Singapore, but to popular destinations like Bali, KL, or Bangkok – you get the drift), so I had to get my butt to Kuala Lumpur.

I spent four hours sitting at the Kuala Lumpur budget terminal, waiting for my connection to Kolkata. It was really like a warehouse. But it was not the end of the world. After eating some of that awesome Malaysian KFC (as opposed to lame Singapore KFC), I sat at a cafe, read some, worked some, and time passed.

By the time I arrived in Kolkata, it was the evening. I took a taxi from the airport to my guesthouse. Whizzing through the streets of Kolkata, some things caught my attention. There are the slums that one sometimes associates with India, and there sure was a lot of communist symbols, like the hammer and sickle, painted on the walls of buildings. Also, I didn’t figure how far north Kolkata was, and it being January, it was cold, and I didn’t have a jacket. Doofus move.

Through Hostel World I booked a private room at Bodhi Tree Guest house, a boutique hotel that’s about 10 min walking distance to the Kolkata metro (~USD 50). The Bodhi Tree is excellent. The room was large, clean, and had a functioning hot shower. It also has a really large common area. Think of it as an ensuite private room with a shared living room/kitchen. Beyond the room, the service was excellent. I had a really early morning flight (~4 am); they took care of everything. The taxi showed up on time, and they even packed me a breakfast to eat at the airport. I highly recommend it to anyone. 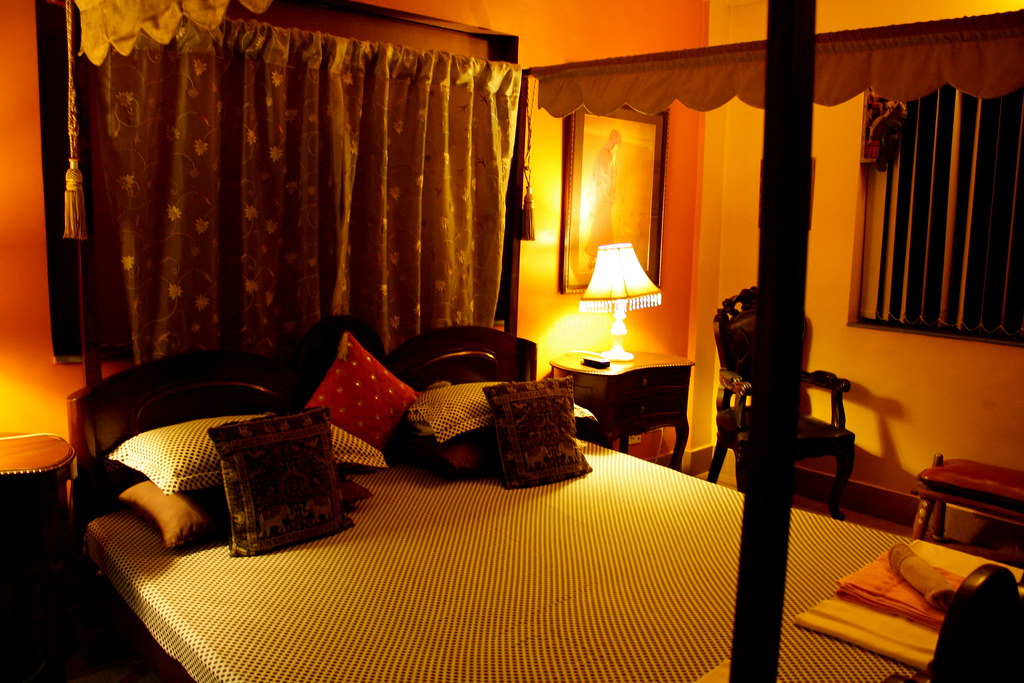 After ditching my bags, I hopped onto the Kolkata metro. Despite my initial fears about getting squished on the metro by crowds, it turns out that the metro in Kolkata is segregated, like the metro in Iran. So I didn’t get squished. I had initially intended to check out some colonial architecture, but left at the wrong exit, ended up at some sort of bazaar, and after getting hopelessly lost, I gave up, hopped back onto to the metro, and went back to the area of the guesthouse. (I was also getting hungry)

Despite being a rather sleepy area, there were some food offerings in the back streets of the areas. I ended up going to a little stand called “Tubul Chinese Chamber” Chinese takeaway, which didn’t exactly sell “Chinese” food. They did have chop sue, though! I got some chili paneer and chapati, and ate my dinner in the living room of the guest house, before turning in for the night.

Kolkata from a cab 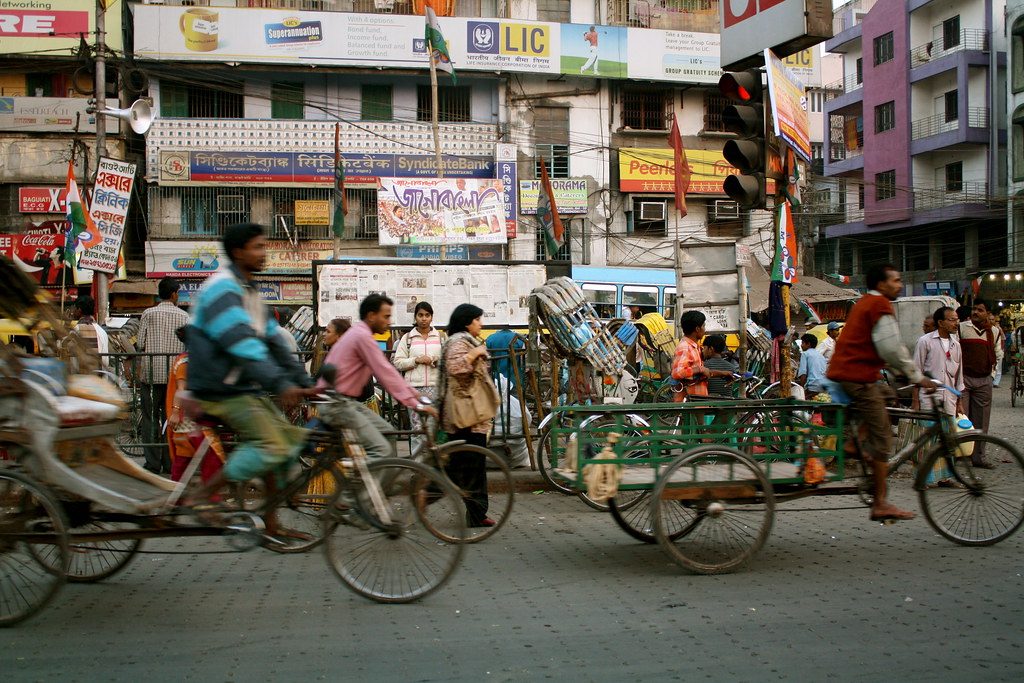 Hammer and Sickle in Kolkata 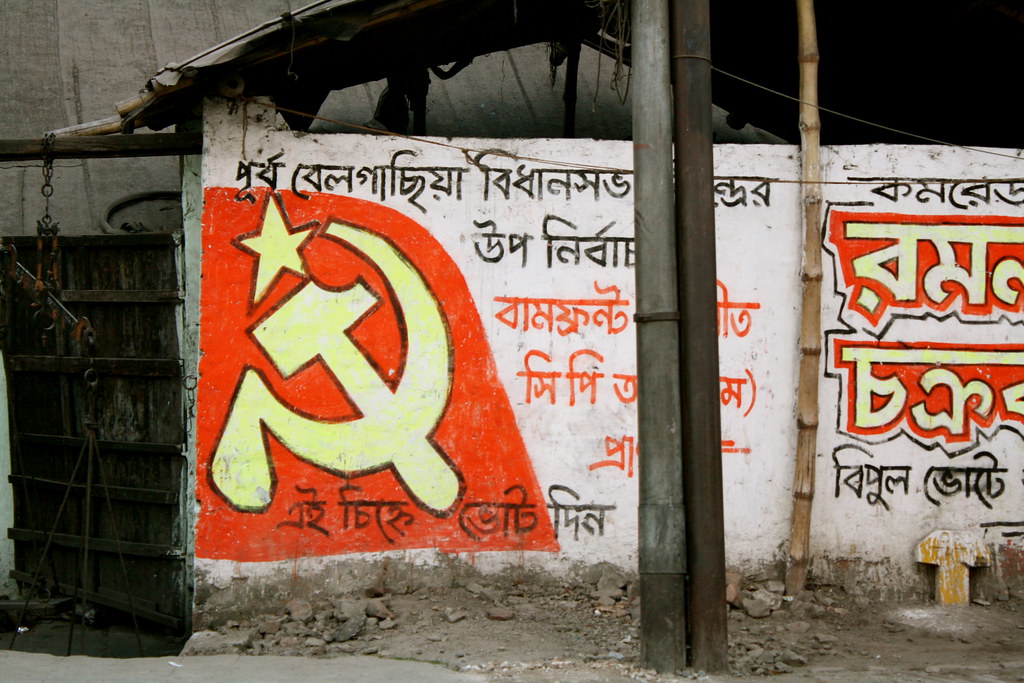 Women only section on the Kolkata Metro 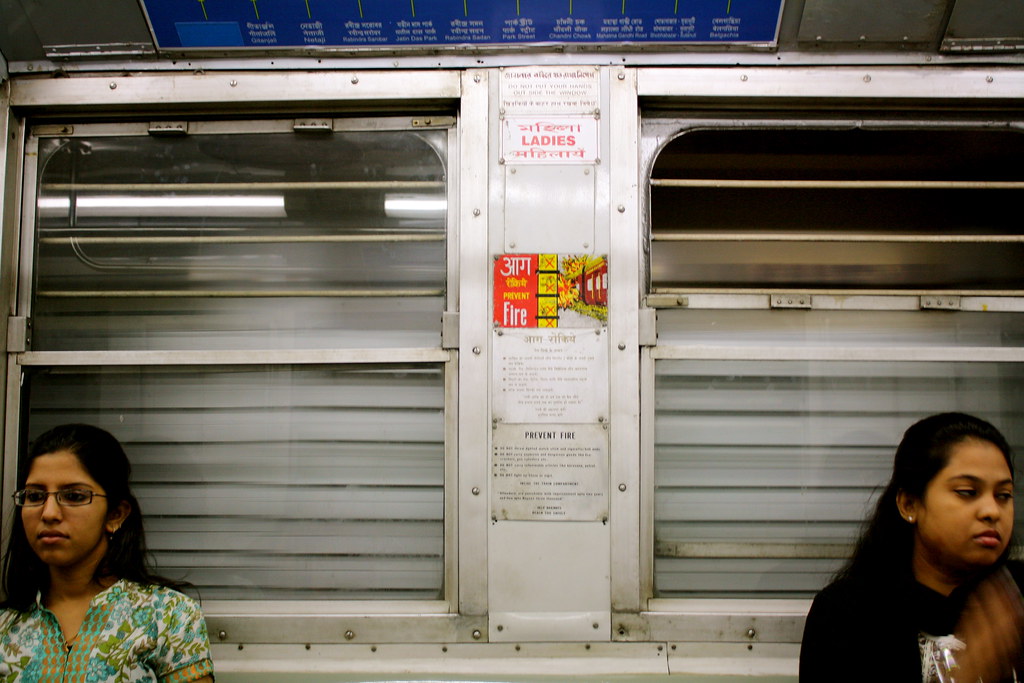