Today was a lazy day. I had an afternoon flight from Bagan back to Yangon, so I decided to take it easy, have some fun with the epic-ly slow, and heavily-censored internet traffic in Myanmar, and just check out the town of Bagan.

The town of Bagan is pretty slow-moving, but has seen better days. The restaurant row was obviously catered for the heyday of tourists, but these days, it seems like its main clientele are the ubiquitous mosquitos. I had some Indian, which was very delicious.

Due to the economic sanctions against Myanmar, trying to get international brands like Coca Cola and Pepsi Cola is a little bit tricky (and expensive). Just for kicks, I sampled a bunch of their sodas, including lemon soda, and the orange crusher. Retailing at 30 kyat, this was like 1/14th of the price of imported soda (500 kyat). Well, tastes like soda to me, and I didn’t go blind. So …

The highlight of my day was the surreality surrounding my trip to the airport, and the airport itself. While the rest of Bagan was dusty, and hot, the airport was a very modern, tiled facility, with air-conditioning, which they switched on, only about 1 hr before the flight was scheduled to depart. Yes, that’s how small it was, and that’s how they operated. When trying to make a decision about how to get to the airport, I had the option of taking a tourist coach, or taking a horse cart. Since I had plenty of time to kill, well, horse cart it is! How many times in life can you say you took a horse cart to the airport?

The flight back to Yangon was fairly uneventful, apart from seeing the flaking insulation on the plane window, and the sign on my tray table writing, “In case of emergency, use seat as flotation device.” C’est la vie! The plane did fly pretty low, so I was treated to a view of the sun setting over the rolling hills of Myanmar. 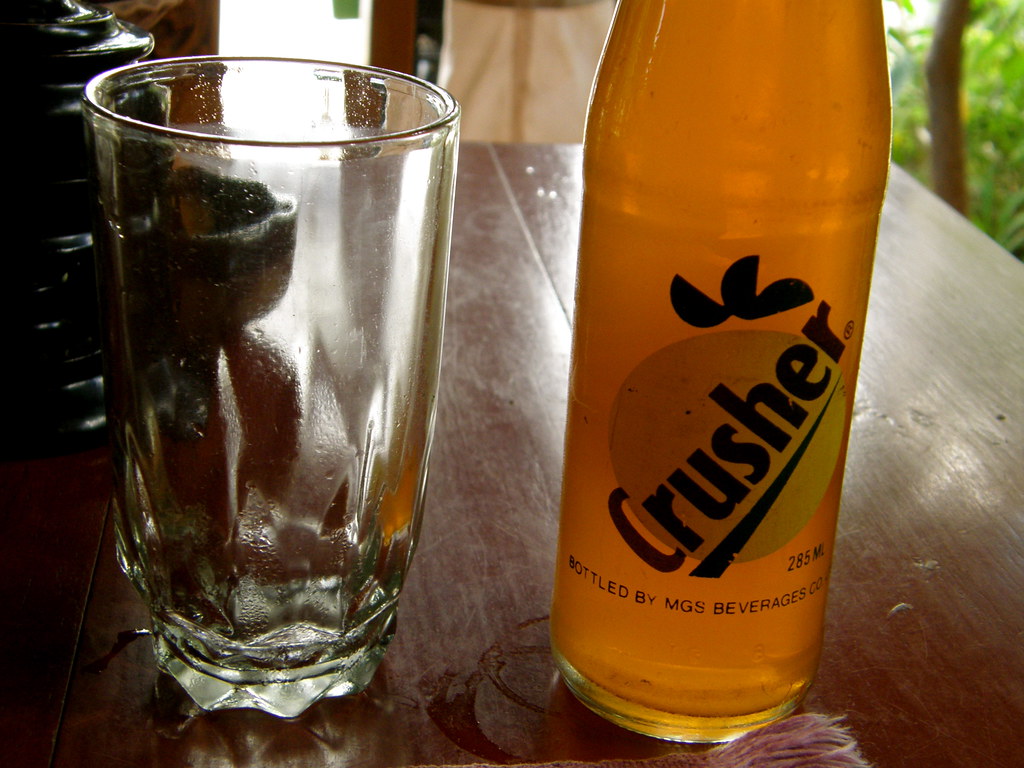 Horse cart ride to the airport 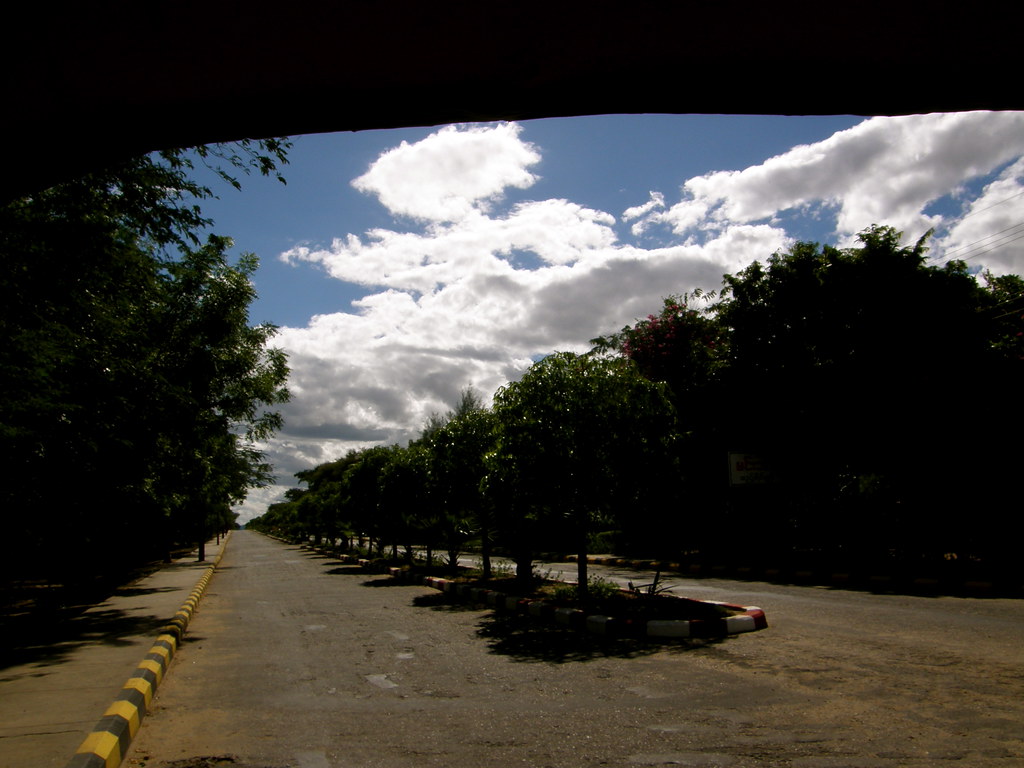 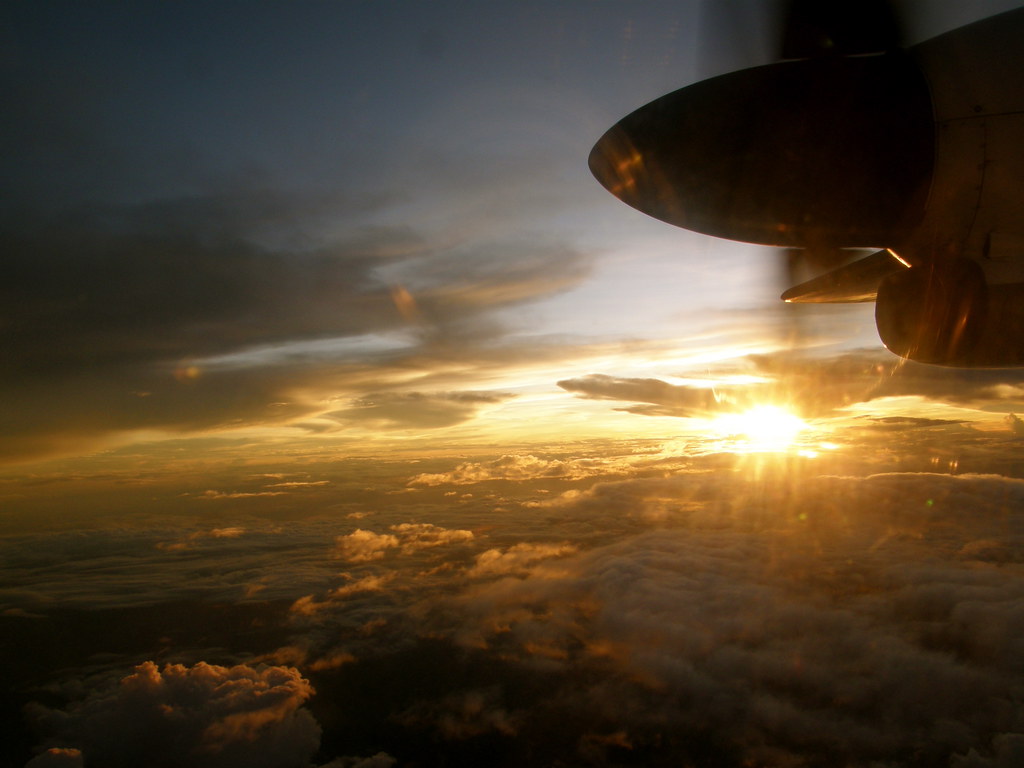 “Use Bottom Seat Cushion for Flotation” sign on Yangon Air 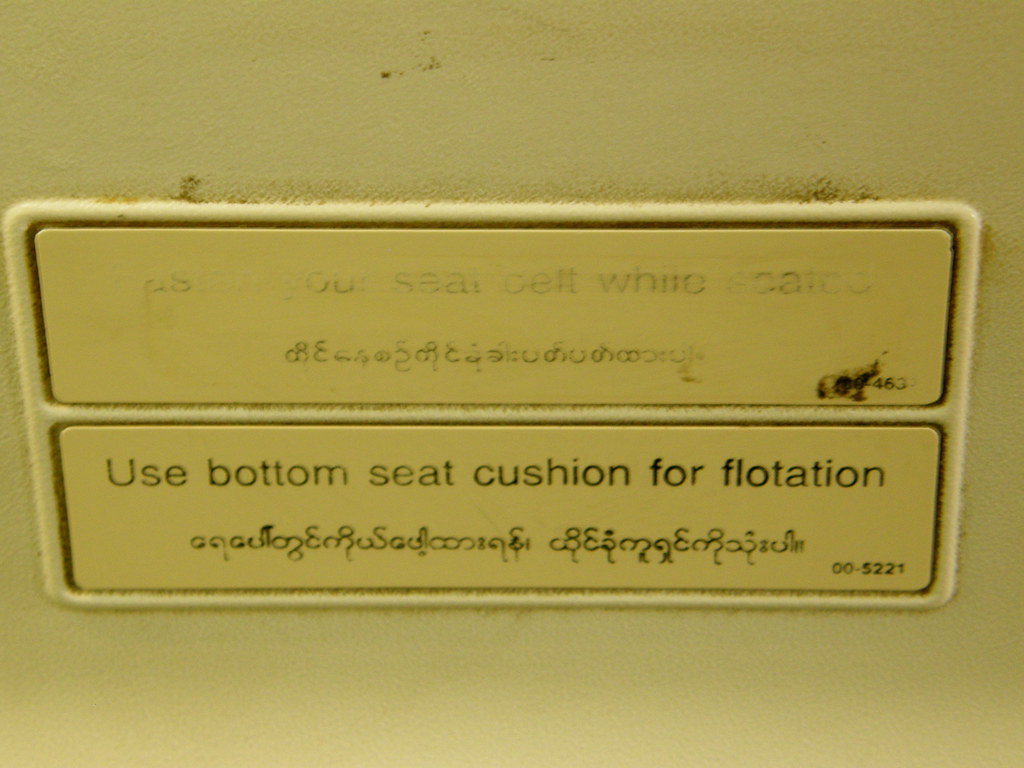