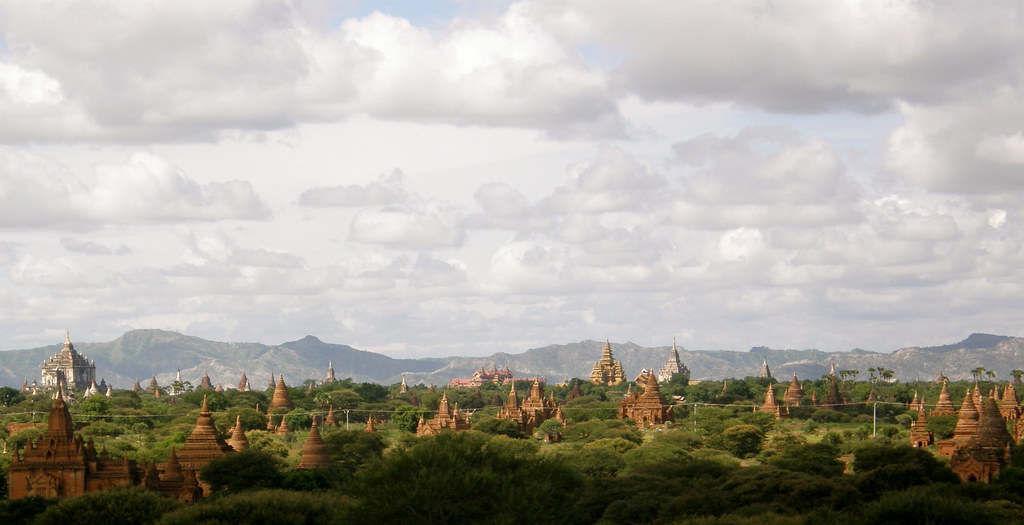 Bagan/Pagan is one of the traditional kingdoms of Southeast Asia, active from the ninth to thirteenth centuries. During the Bagan period, religion was often tied to political power, and religion was often used to enhance one’s political power. This could be achieved through the building of temples, which gave one merit and political prestige. This explains the level of building, and the extent of building in Bagan. Religion was only part of the puzzle for the sprawling complex – the other part of the puzzle were beliefs in omens. Nature was often interpreted for the signs it gave to the ruling house – as a region prone to earthquake, each earthquake meant a move to a new site of political power. This explains the extensive sprawl of the Bagan temple complex. In earthquake events, kings moved their courts, and built new temples to disassociate from he bad omens, which the earthquakes heralded. To this day, earthquake continues to be a threat. Locals whom I spoke with recall the destruction the 1975 earthquake caused to Bagan. For more information about Bagan, be sure to check out Michael Aung-Thwin’s scholarship about Burma.

For most part, it was fairly well-preserved for a complex its age. With the sanctions against Myanmar, the tourism industry collapsed. The spectacular Bagan, was as empty as it could get. There were probably fewer than 100 tourists in the whole temple complex. For those interested in temples, it would be quite a treat – dispute the economic challenges, many of the temples were well-restored, and the paints were also refreshed.

There were a couple of options at my guest house, including a solo self-directed bike tour, or a 3-hr horse cart tour with a guide. The weather was the deciding factor – it was too hot to bike, so I opted for a covered horse cart tour. There were several temples which were part of the standard route – for example, the Ananda Paya, which has a well-preserved standing Buddha, which is easily 2m tall. Personally, I was quite a fan of the murals in some of the less popular payas. In one of them (I can’t remember), there was a painting of a figure with a distinctly Mongolian hat, harking back to the Mongolian empire’s spread across Asia in the thirteenth century. 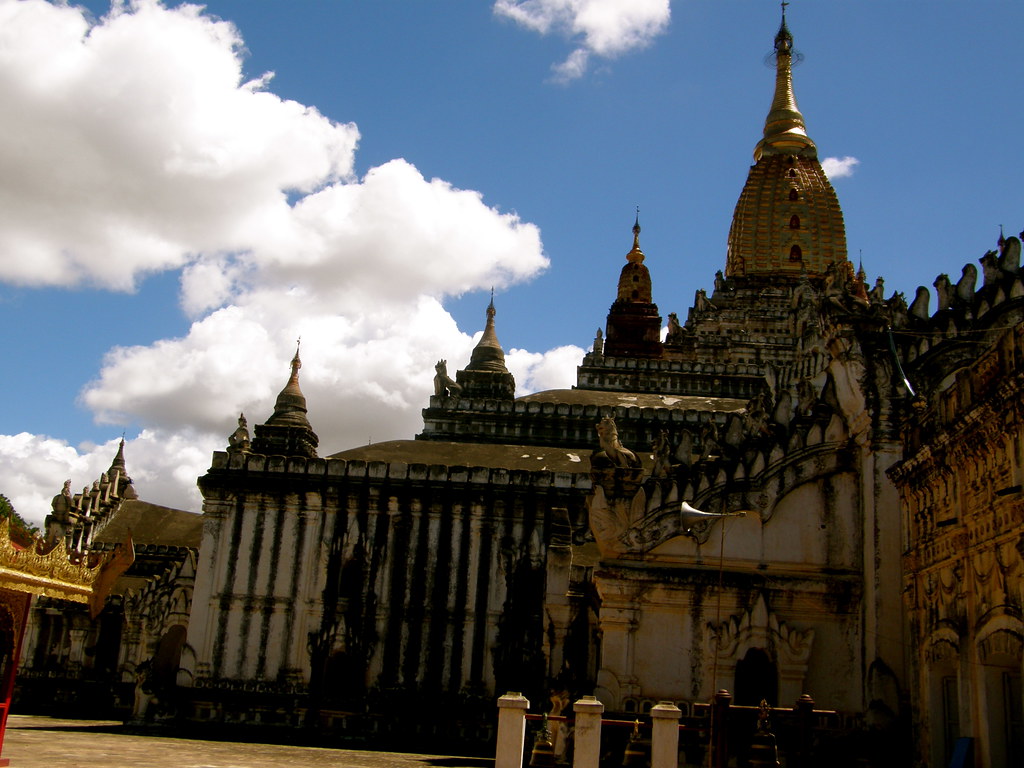 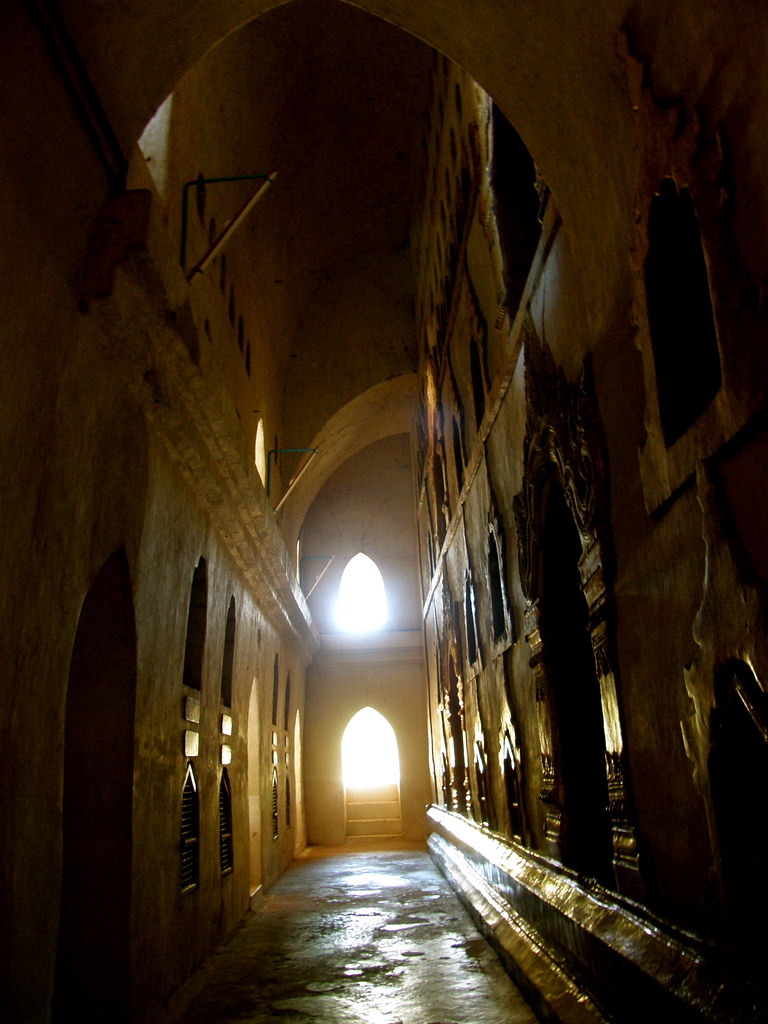 Intact fresco – picture of a Mongolian? 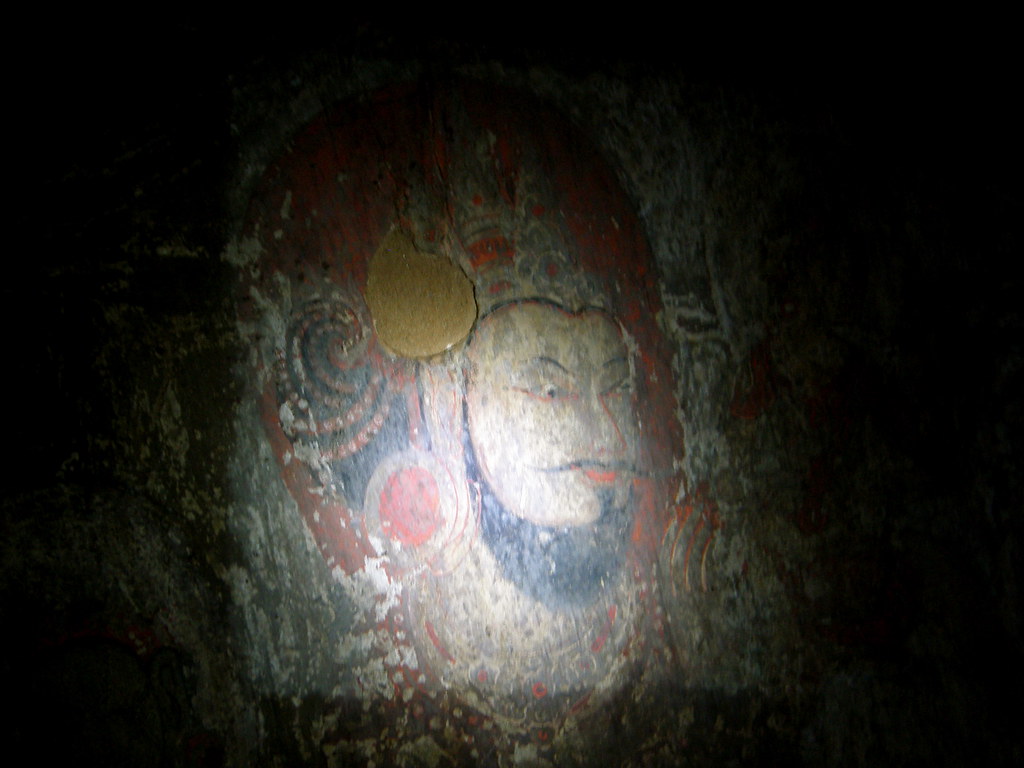