Uber is available in Kampala. They offer both boda boda (motorbike taxi) and regular cars, but it sure didn’t cut down on the drama.

I spent ~6 months studying/researching in Vietnam, so I am no stranger to the xe om (also motorbike taxi, available for hire on Grab) as a means of transportation, but the ride in Kampala was actually quite harrowing. I was very keenly aware of how unprotected my helmet-less head was, as we went through potholes, speed bumps, in the dimly-lit roads of hilly Kampala.

While this was not the worst ride of my life, I did deeply contemplate my mortality on this ride. I think potholes and dim streets are a lethal combination. Try it by all means, preferably in daytime – it’s actually the fastest way to get around with the terrible traffic in Kampala. 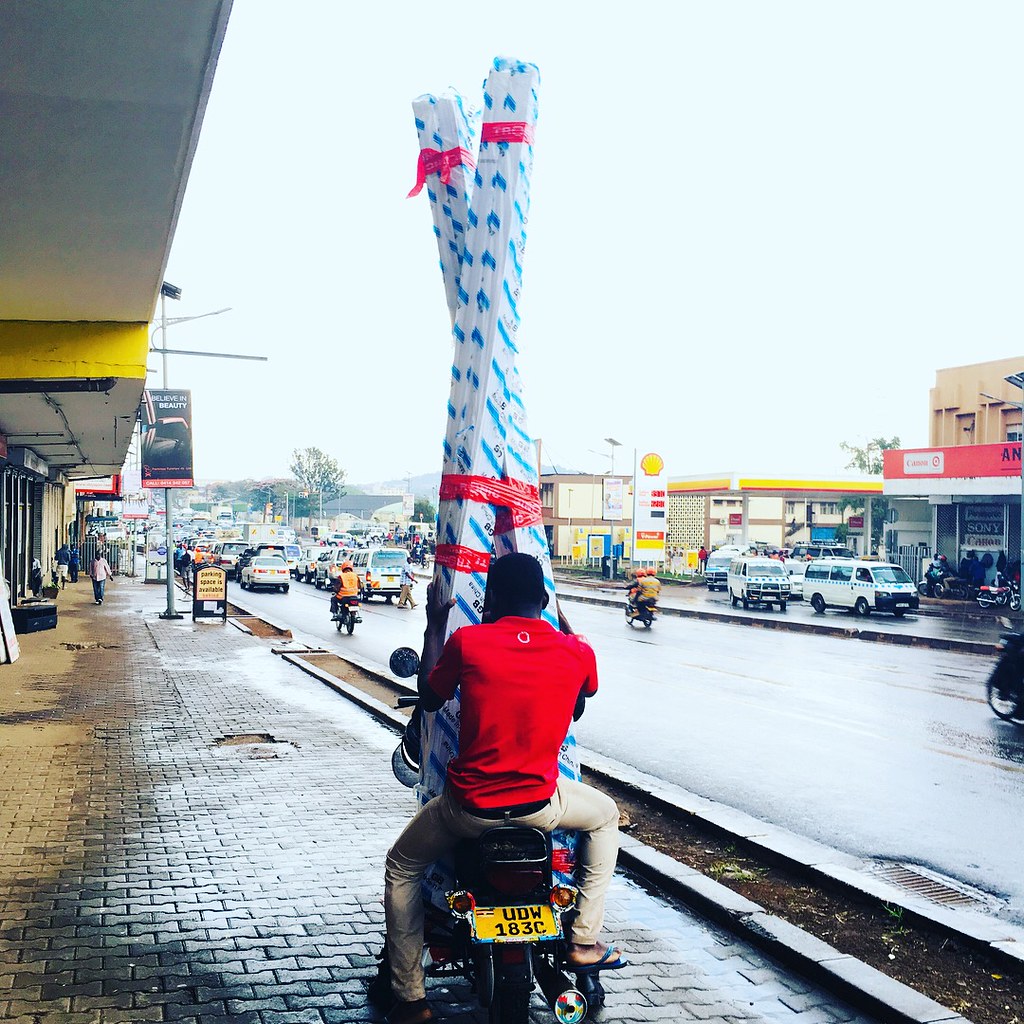 Uber – What Could Go Wrong?: A Seinfeld Moment

I was supposed to catch a Modern Coast bus from Kampala to Kigali at 8 in the morning, with a check in time of 7.30. Based on the maps, it’s supposed to be a 15 min ride, so I rolled out at 7 am to hail an Uber. The Uber showed up at 7.30. He then detours to a gas station to top up his tank. He actually picked me up on an empty tank. It was like a scene from Seinfeld, in the episode, The Movie, where Jerry was trying to get to his set, and the taxi driver decided to fill up his gas tank.

7.40: We roll again, but are then stuck in this terrible gridlock. I really considered jumping out, and hailing a boda boda for the last mile. Thankfully, we pulled into the bus station at 7.50. I was very thankful I didn’t miss the bus.

Modern Coast from Kampala to Kigali

My adventure started at the ticket office. The guy just wrote this on my ticket, “Namirembe Kobil”. He told me that’s where I was supposed to take the bus. What does that mean? It was my second day in Uganda, I have no context for understanding this set of instructions. So, I set out to figure this out. As it turns out, Kobil is a gas station. But once again, this set of instructions was about as clear as saying, “Let’s meet at Starbucks in Seattle”. For future reference, anyone departing from this particular location, I’ve marked it down. It’s the Kobil station behind the Kampala Central Mosque. You will see a Modern Coast office there.

I booked the Modern Coast’s Modern Executive Bus from Kampala to Kigali. It’s supposed to be their second highest class of buses, after their Oxygen buses. I’d say the experience is not much better than the previous Modern Coast Bus from Nairobi to Kampala. I paid 51000 UGX (~13.50 USD) for the First Class on this bus (cheapest option). The VIP ticket was 60000 UGX.

The seating arrangement of this bus was 1-2, so the VIP seats were solo seats, while the FC seats were duos. Thankfully, this bus was quite empty, so I actually got both seats to myself. However, it was still quite a ride. 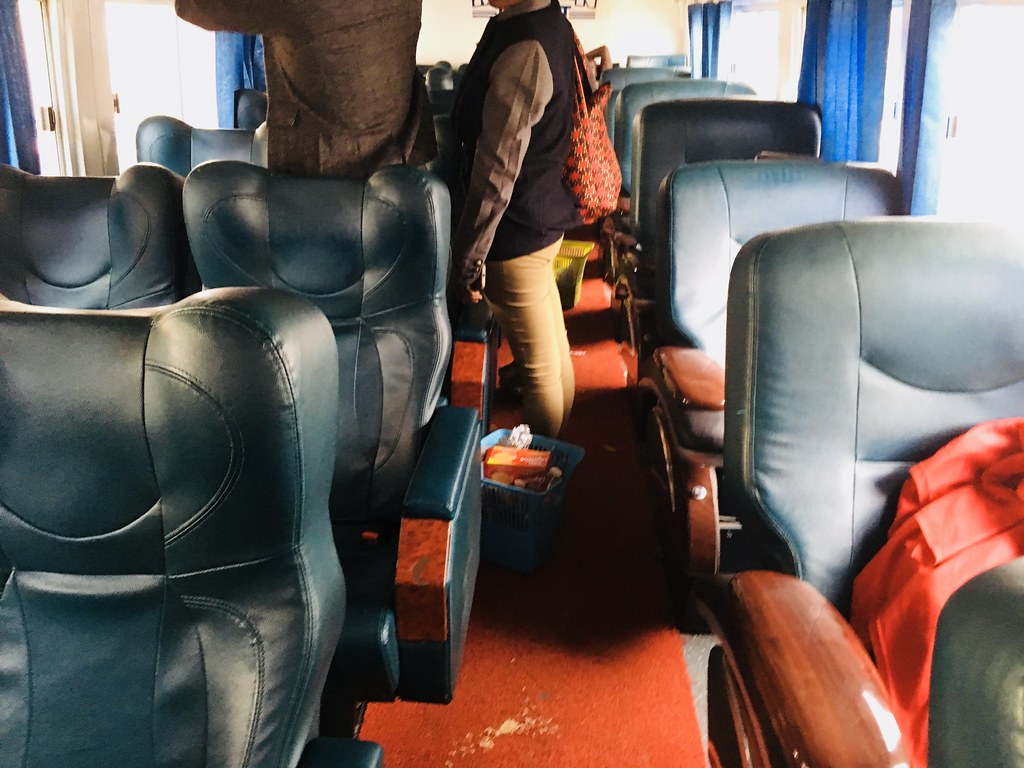 It might have just been my luck, but this bus was also filthy. Someone had spilled a bag of cooked rice on the astroturf carpet, so there was this giant pile of rice that was continually being stomped into the carpet by various passengers. Trash was also strewn everywhere by passengers, and there was no clean up. Although it was advertised as an AC bus, the AC was not turned on throughout the ride, so I opened the windows for air when it was not raining. 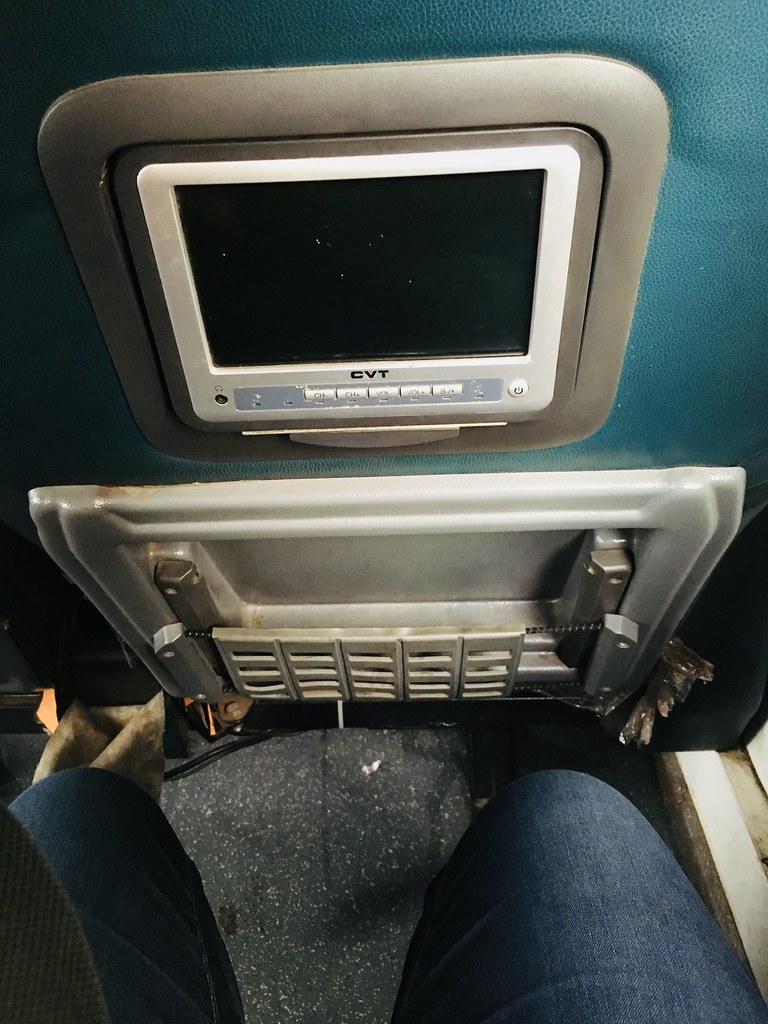 The bus pulled into the Kampala-Kigali Border Crossing at Katuna/Gatuna at 4 pm. The exit from Kampala was pretty quick, though things were a bit slower at Kigali. The immigration itself was actually quite fast, but Kigali custom officers were fairly thorough in searching through bags. I am not quite sure what they are looking for, but they did pretty much dig out everything in almost everyone’s luggage. They did leave my packing cubes alone, so I didn’t have to repack. 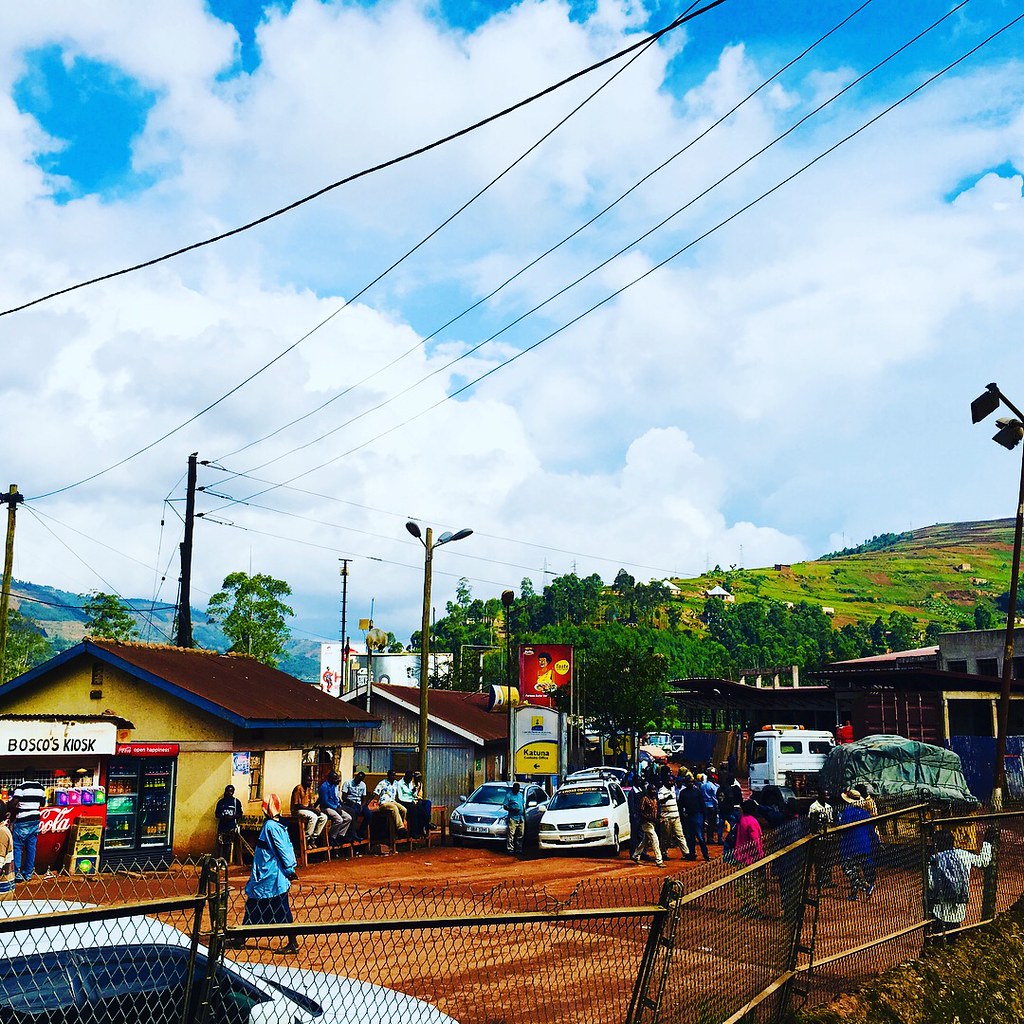 The last two hours from the Gatuna border to Kigali was actually pretty rough. It involved a lot of hairpins down hills, and the bus driver was auditioning for Fast & Furious: Bus Edition. I don’t usually get car sick, but I was pretty sick by the time I rolled out into the Kigali bus station.

The ride from Kampala to Kigali took about 10 hrs – we arrived around 5 pm, because of time zone change between Kampala and Kigali.

This was definitely my fault for not researching, but there are other options, like Jaguar Executive Bus. They don’t seem to have a website, but their buses looked a lot cleaner inside when we were parked beside them at the border. Do check them out as an alternative to Modern Coast.

Don’t take these two articles’ experiences as a bashing of Modern Coast. At the end of day, it is what it is. I have experienced very excellent long distance buses in South America and China, and decent buses in Europe and Southeast Asia. Relative to bus travel in other parts of the world, Modern Coast required an adjustment in expectations. It has some things going for it – it is reliable, and its staff was polite and friendly. Just leave your expectations at the door and try to enjoy the ride. 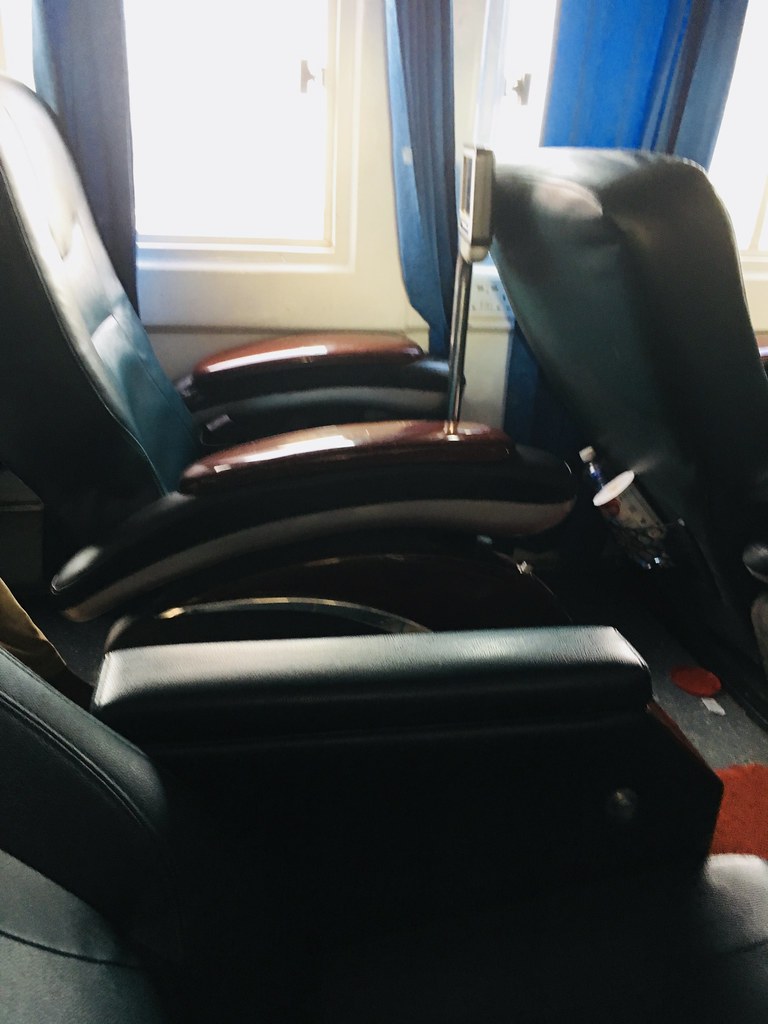