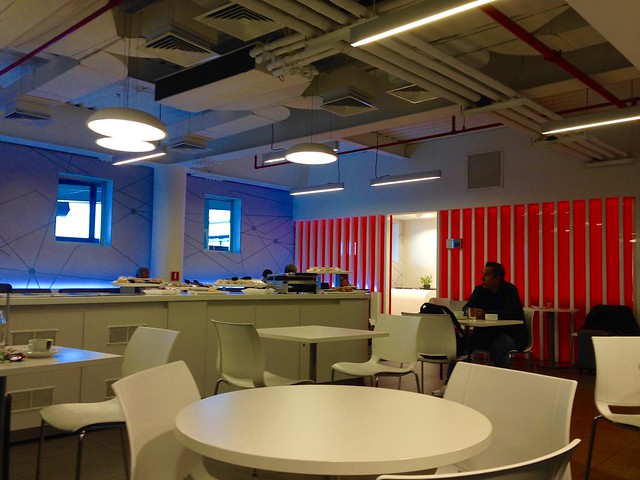 The Avianca Sala VIP is kinda on a lower level on its own. Its white walls make it seem more spacious, but in reality, it’s a pretty small lounge, and space is tight. It’s an ok place to spend like 30 min waiting for your flight, and get some work done, but otherwise, there’s nothing to write home about.

There’s generally one big open space, and two smaller rooms. One of the rooms looked darker, while the other one looked like it was intended for working. I sat in the main area, but space was tight. I kept bumping into people, and people kept bumping into my table trying to get to the drinks station. 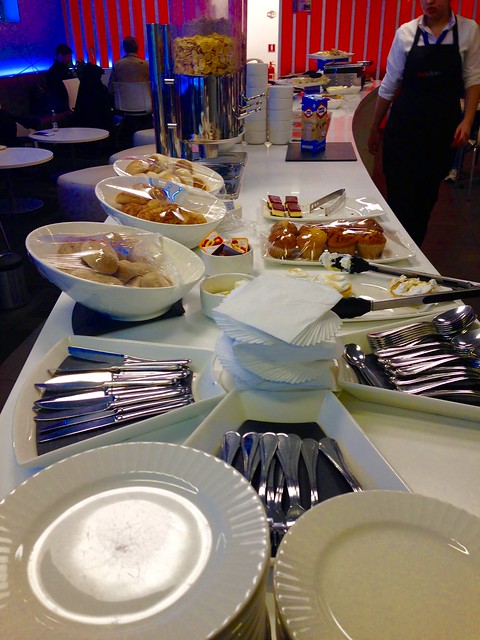 There were two small stations, one for food, and one for drinks. The former is in the center of the room, while the latter is situated by the wall. It’s a pretty small selection, with some sandwiches on offer, and the drinks are pretty average, with your regular sodas, and so-so coffee.

The bathroom was ok, and I appreciated having flights on display on the monitors, but otherwise, it’s not a calming space.