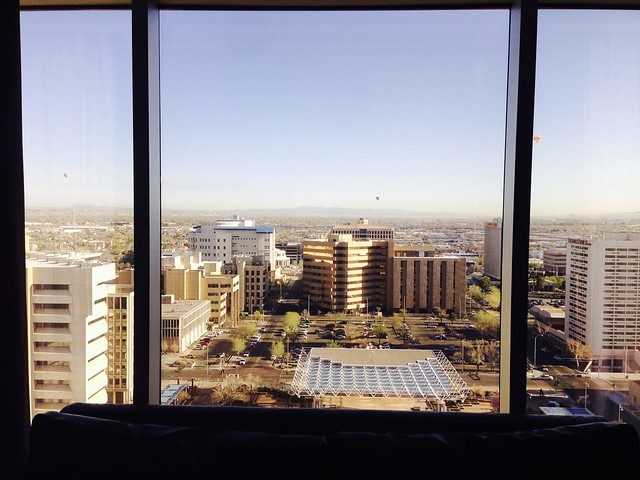 I’m working on re-qualifying for Hyatt Diamond in 2017, so I’ve been mattress running Hyatt properties whenever possible. The HR Albuquerque is one of the cheaper properties (<100 USD), and also close to the airport for our early flight, making it a perfect candidate. Additionally, I also have a number of Diamond Suite Upgrades expiring soon, so I used one on this one night stay.

It’s in downtown. It seemed rather dead in the evening, because the downtown is a business district. But it’s a quick, 15-min drive to the airport, so there was that.

Check in was relatively quick, but not without some drama. Our parking charges (~18 USD) were waived on account of my Diamond status, which I appreciated. We were given suites, which are two connecting rooms, but to our shock, we opened the door to an un-cleaned, previously-occupied room. We were given the wrong room.

While check out was quick, there was also some fuss with the bill. One of the diamond benefits is complimentary breakfast for up to 4 guests in the same room, but I ended up getting charged for it. 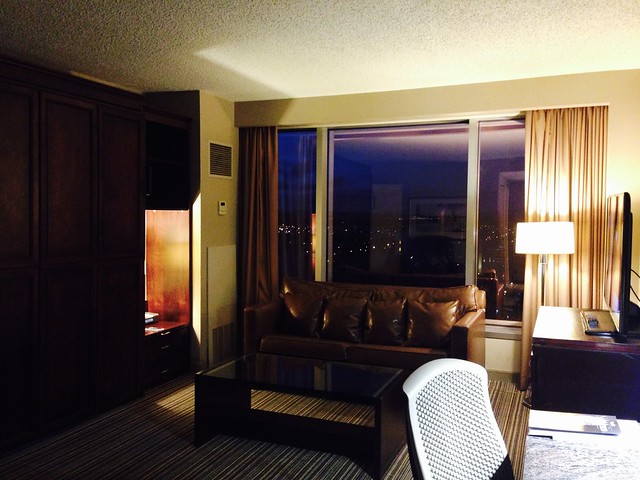 The suite (#1909) is decent, but not much to write home about. It’s basically two rooms joined together. The living room actually has a murphy bed, giving it the opportunity to transform into another room, if required. We basically had two rooms. It’s a high floor, so in the morning, we had great views of Albuquerque and the hot air balloons floating over the mountains.

The rooms are of an average size, and the bathrooms are slightly larger than average, and come with a bathtub with shower. One annoyance is that they don’t provide complimentary water, and the bottles they leave in the rooms are charged at $5 a bottle. 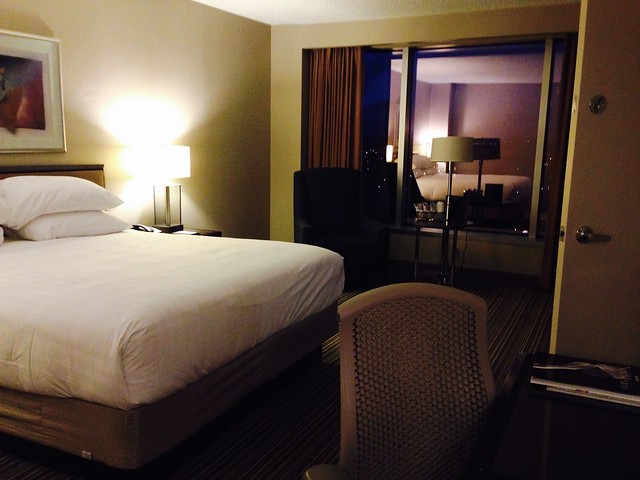 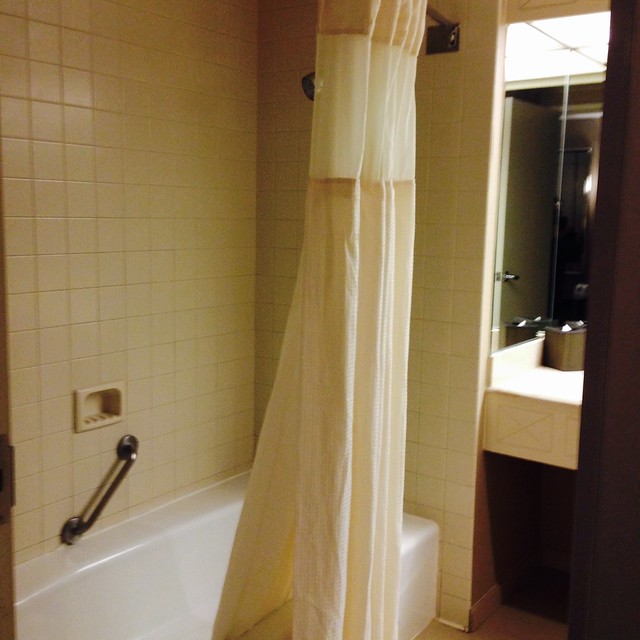 The HR Albuquerque does not have a club lounge, so we could have our breakfast at Forque restaurant. I ordered French toast, which was amazing, a juice, and a latte. The breakfast was excellent. 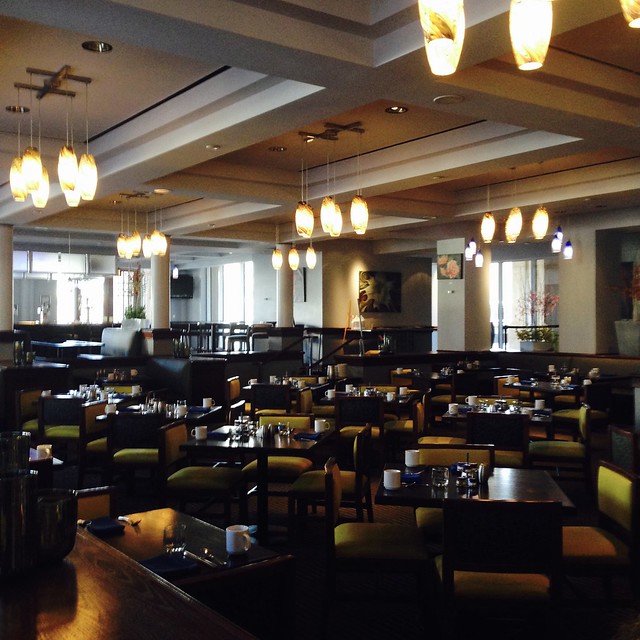 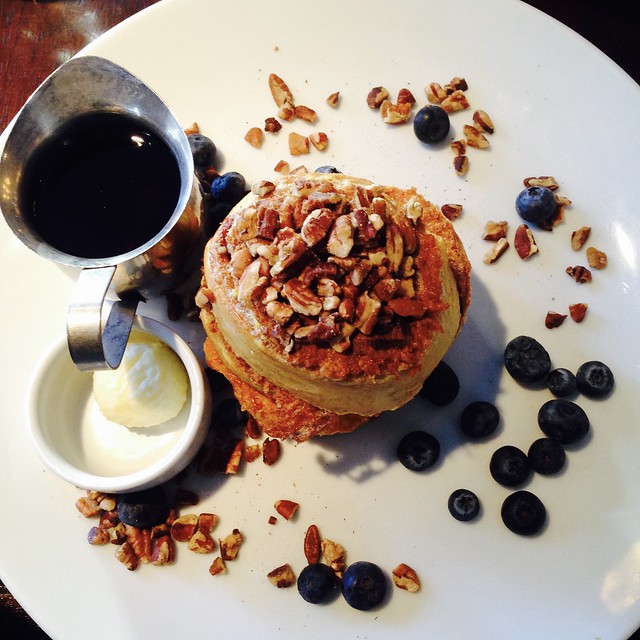 It’s an ok property. I’ll probably stay here if I’m in Albuquerque and need a cheap Hyatt mattress run. The breakfast is great, but I wouldn’t use a Diamond Suite Upgrade on this property.