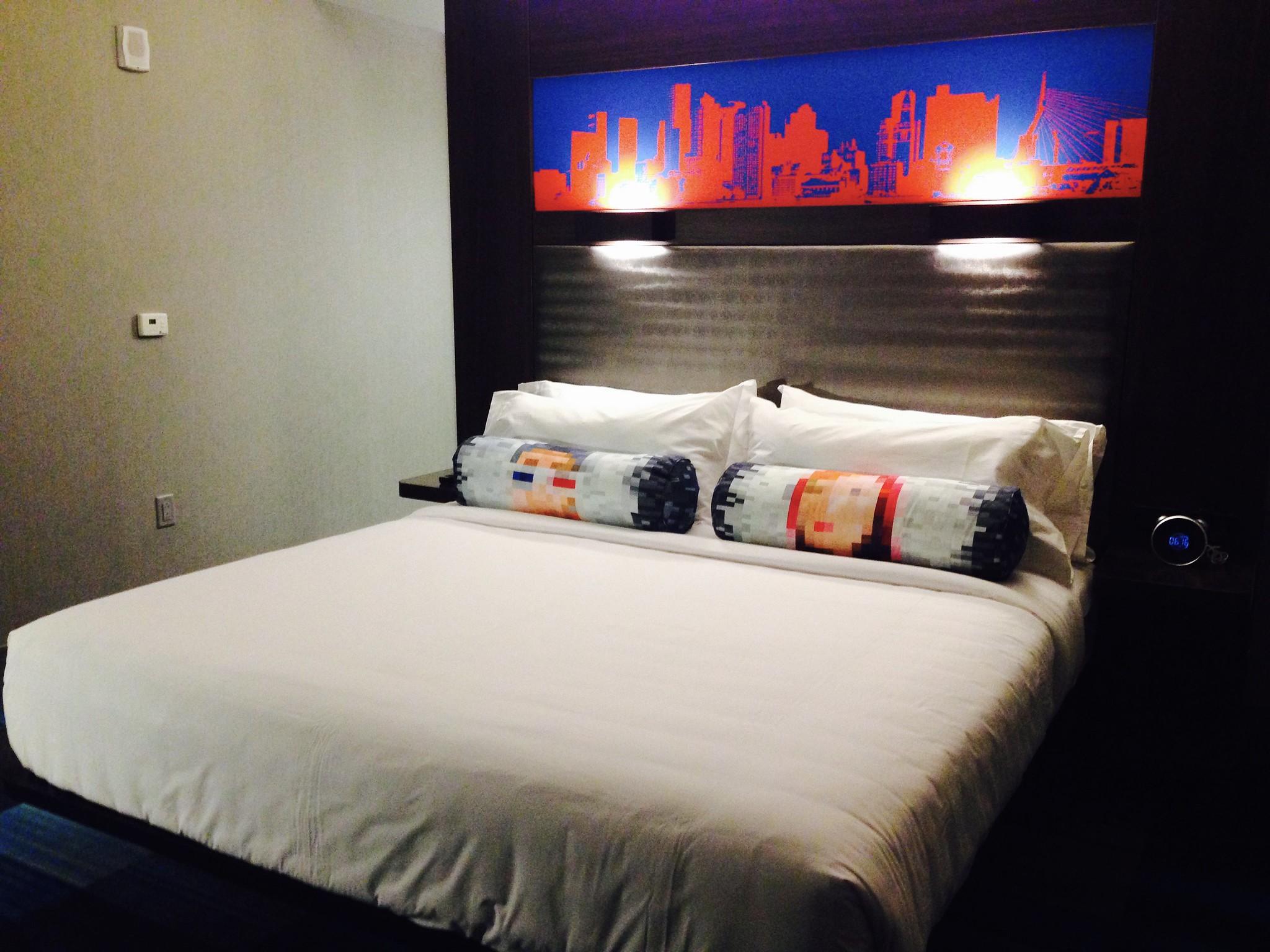 The Aloft Boston Seaport is a 4-star (really??) hotel located near the Boston Convention Center. It is a SPG Category-5 hotel, so a redemption would have cost 12000 Starpoints. They had an opening promotional rate for $90 (+ taxes), so I booked a paid rate, because it’s definitely not worth 12000 Starpoints. When I stayed there for one night, it had just newly-opened some two weeks ago. For a newly-opened hotel, it had some little kinks in the Starwood system, but aside from its (creepy) empty storefront, you wouldn’t know that it is a newly-opened hotel.

Well, unless you are attending a convention, there really isn’t much around here. It took about 30 mins for me to walk from South Station. You can walk to Silver Line Way station, but the public transportation options are quite limited. Unless you want to be held hostage by hotel catering options, there’s just Jimmy John’s and Dunkin Donuts within short walking distance. The area is just surrounded by residences, industries, and hotels.

Check in was quick, and I was offered the option of choosing my check-out time. I was very appreciative of being offered a late check out.

Check out was a bit slower. There was just one receptionist, and he was busy with people buying stuff from the self-serve bar. And for some reason or other, I was charged an extra 1 cent over my prepaid rate (yes, 1 cent), which added time to the check out process. 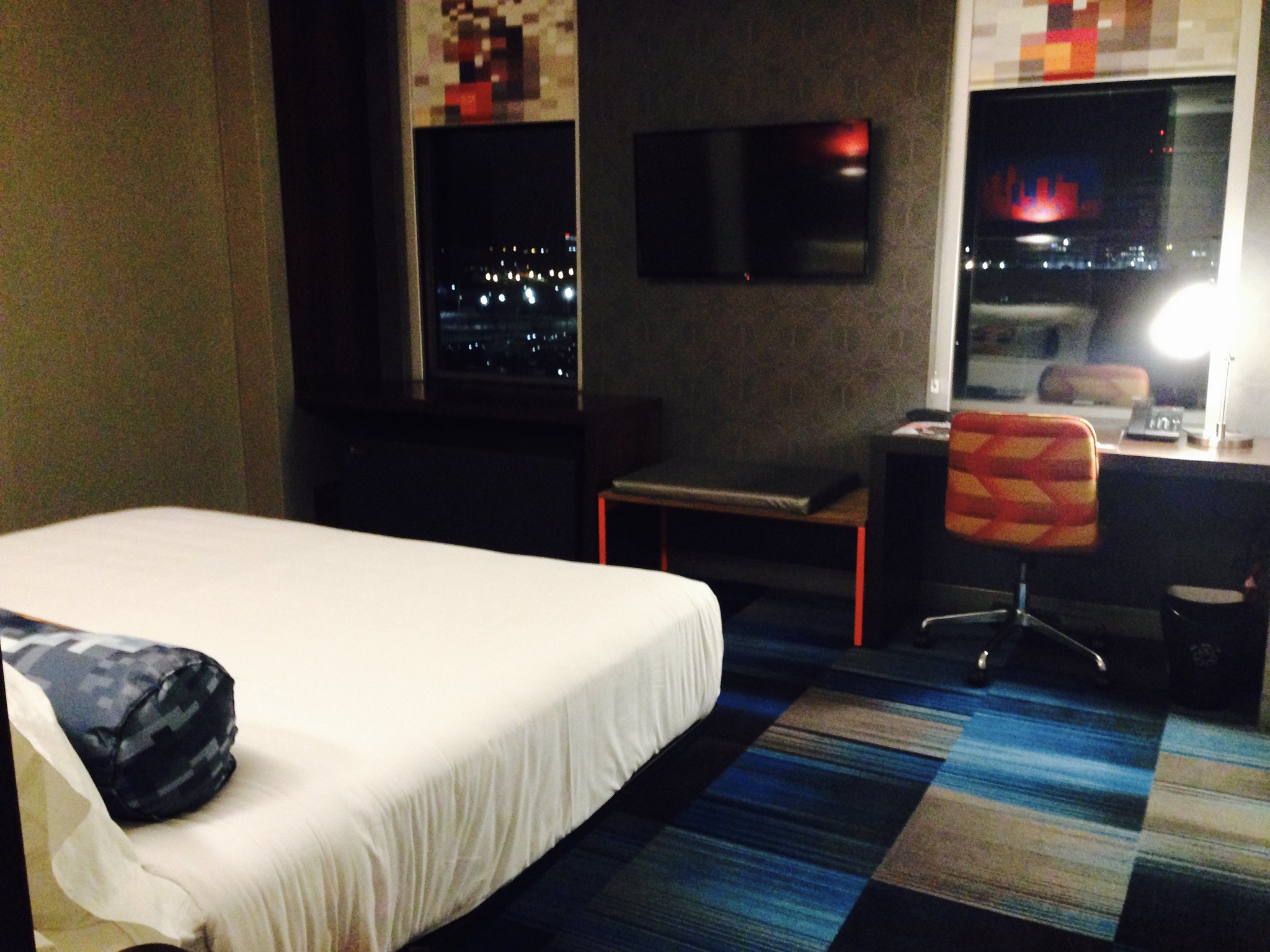 I booked into an Aloft King. I was given a 5th floor room without a view. It faced a ginormous parking lot, and if I peered hard enough, I could see the sea. You can try asking for a higher floor with a city view. You might be able to see something.

The room is pretty much a standard Aloft. The King bed is the focal point of the room, and it has a contemporary decor. The bench is somewhat awkwardly placed, as it is beneath the television. There are plenty of outlets by the bed, and at the table.

The bathroom is also a standard Aloft – vanity in the main room, with walk-in shower and toilet in a separate area. The walk-in shower is slightly brighter than the Aloft in New Orleans though. There is a Mr Coffee coffee maker, and a mini-fridge under the sink. 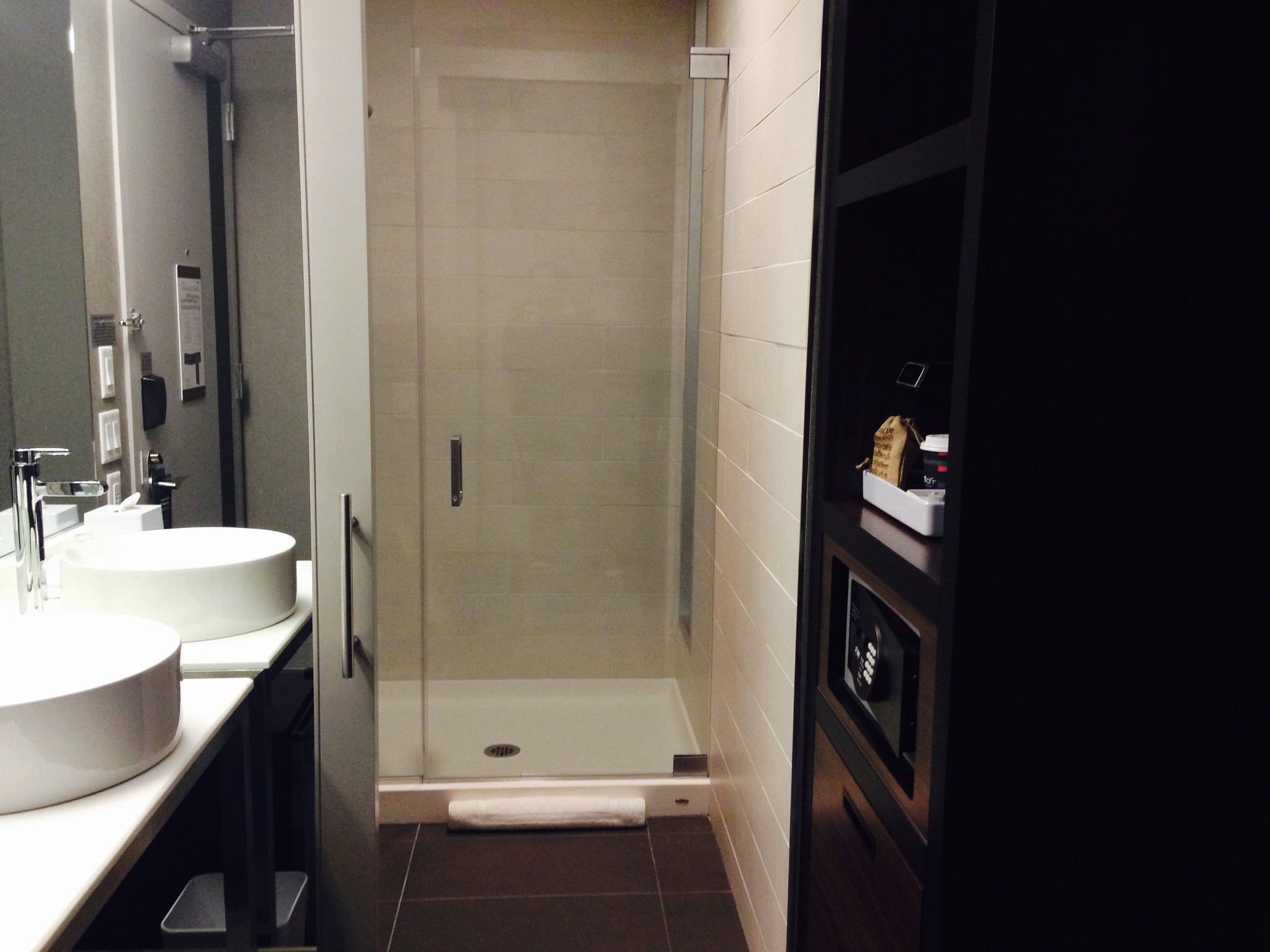 This was free because I booked through SPG. It was fast.

For the rate I paid, I was ok with the stay. I think they did a pretty good job, because there were very few kinks for a newly-opened hotel (the main kink I experienced was – I had to do a manual claim for Starpoints for my stay). It is pretty much your standard Aloft hotel. But unless you were attending a convention, I wouldn’t recommend it, because there was nothing nearby, and it’s definitely not a good use for Starpoints redemption.

They do have an interesting elevator feature, where you key in the floor you are going before you enter, so the system optimizes elevator use. For all the other times in your life you have spent waiting for an elevator, this is probably the one hotel you wouldn’t have to. 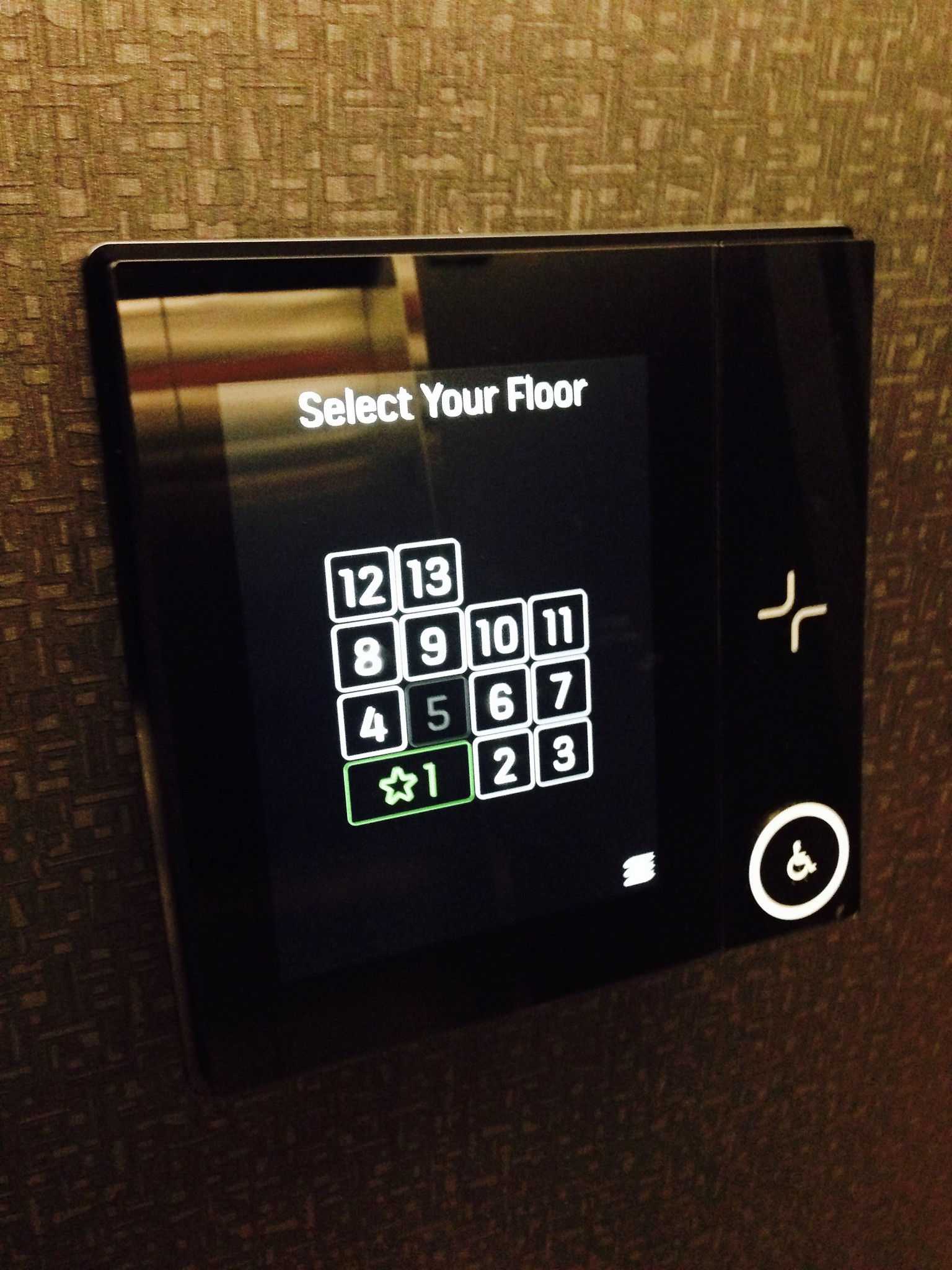