My close friend is a huge Tampa Bay Rays fan, so we attended games all three days, and visited some of the beaches. He explored Tropicana Field a lot more than I did, as I had a deadline to meet, and had one eye on the game, and my other eye on my paper (gah!). I was pretty preoccupied throughout the trip, so this is going to turn into a how to watch baseball for cheap and miles & points post.

As our goal was to try and make the game, and taking into consideration my budget and the hotel loyalty programs I’m working on, I chose the Hilton Garden Inn Westshore, and booked a rental car with Hertz. The main advantage of the Hilton Garden Inn Westshore was that it was like 5 min drive from Tampa International Airport, and as a Hilton Gold, I was entitled to a hot breakfast for two guests (review of hotel in another post). Although Hertz wasn’t the cheapest option, there was a promotion, and hence, at 76 USD for a 2 day rental, they were giving 2250 United Miles. I thought this was good value for 76 USD. Additionally, we wanted to make the game quick, so having an on-site rental car close to the airport made this an easy decision. Even after picking up the rental car, checking into the hotel, dropping our bags, we probably arrived at Tropicana Field at 6.40 pm.

Tropicana Field is a true indoor stadium, so the temperature was an even 70, which was really nice, relative to the hot and humid Florida temperature of 90. Tampa Bay Rays tickets were kinda cheap, relative to other baseball parks, and even on a Friday night, the stadium doesn’t really fill up much. Their cheapest tickets, the Fan Deck, start at $5, and this was available, even on a Friday evening. While my home baseball field/team, Safeco Field/Seattle Mariners has some $5 tickets, these are usually on like Tuesday nights against teams that nobody wants to watch, and due to dynamic pricing, it is almost impossible to get $5 on Friday evenings. Apparently, demand for Rays tickets is so low, that $5 tickets are widely available. It might be worth your while to just buy these tickets, and erm, upgrade yourself by finding a nicer spot. We didn’t have an usher ever ask us for our tickets in all three games. However, I actually got us tickets for even cheaper than $5 (usually works out to $7 in real life, after ticketmaster fees). Recently, there are many secondary market reseller apps, and while some of these can help you save big bucks, others are also helpful for mileage accrual.

If you are last-minute: Gametime

Gametime is a mobile app, and you can only get tickets via the mobile platform. This was what I used to get us tickets on the first night. The best thing about Gametime? While many other sites close ticket sales about three hours from game time, Gametime sells tickets less than three hours from events. They advertise themselves as a last-minute tickets app, so this is perfect for the last-minute person. We got Level 300 home plate tickets for $4, because I had a $10 code. If you use my Gametime code (MEIFENH77402), you get $10 off your first purchase (and I get $10 as well).

As far as cheap prices go, I think this is one of the better secondary sellers of baseball tickets out there. Generally, I have found that Seatgeek has better prices than Stubhub. I got my San Francisco Giants ticket via Seatgeek, and so far, I haven’t had problems with Seatgeek.

This is probably the first-to-the-market secondary market ticket broker. The main advantage of Stubhub is, they tend to have a wider range of tickets. However, they have brought back their hidden fees trick, where you don’t see the price of the ticket until you click the check out button. They do mitigate that a bit these days, by giving you a sort of cash-back on your purchase for your next purchase. Just be aware that what you see is not what you get, though they do have the widest range of tickets.

I have no tried out this option, though I did look through it. I found it intriguing, because you can double-dip this, by getting mileage from the following programs: Alaska Airlines, American Advantage, Southwest Rapid Rewards and United Mileageplus. So, if you are trying to double-dip, paying a few extra dollars might be worth your while.

Similar to Ticketsnow, TicketLiquidator also offers a double-dip, but with some the following programs: American Advantage, Marriott My Way, Southwest Rapid Rewards and United Mileageplus. At least for this particular Rays home stand, I did find some tickets cheaper than all other competitors. 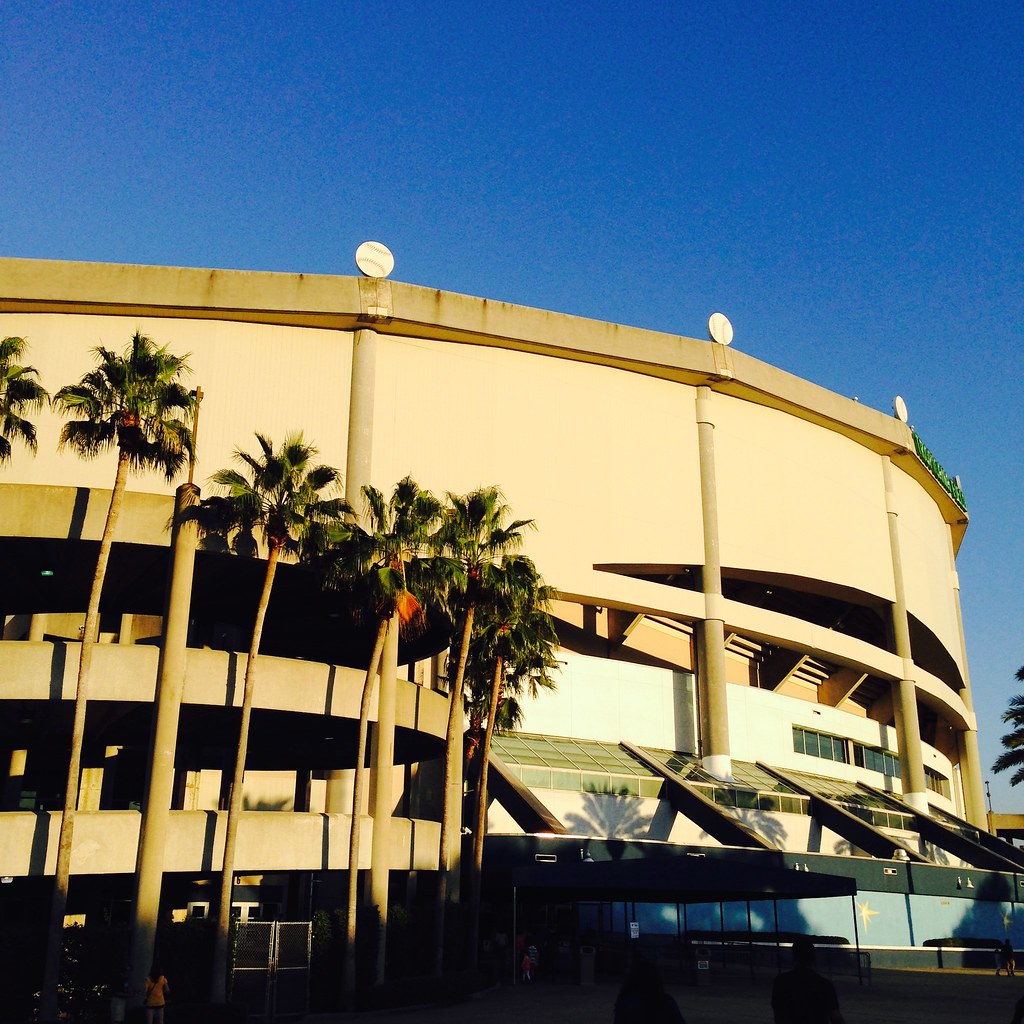 I am by no means an expert on Tropicana Field, but here are the few things I thought was super cool. If you enter by Gate 4, head up the elevators to the second level. To your left, there’s a Rays tank, where you can pet stingrays for free. I didn’t really touch them, but it was still kinda cool to see them. For the baseball aficionado, the thing you really want to do is check out the Ted Williams Museum. Apparently, his family lives around the area, and so, his son donated a bunch of stuff to the museum. It is not limited to Ted Williams’ stuff, but there is a lot of memorabilia from all the different MLB teams. It is a surprisingly large museum. 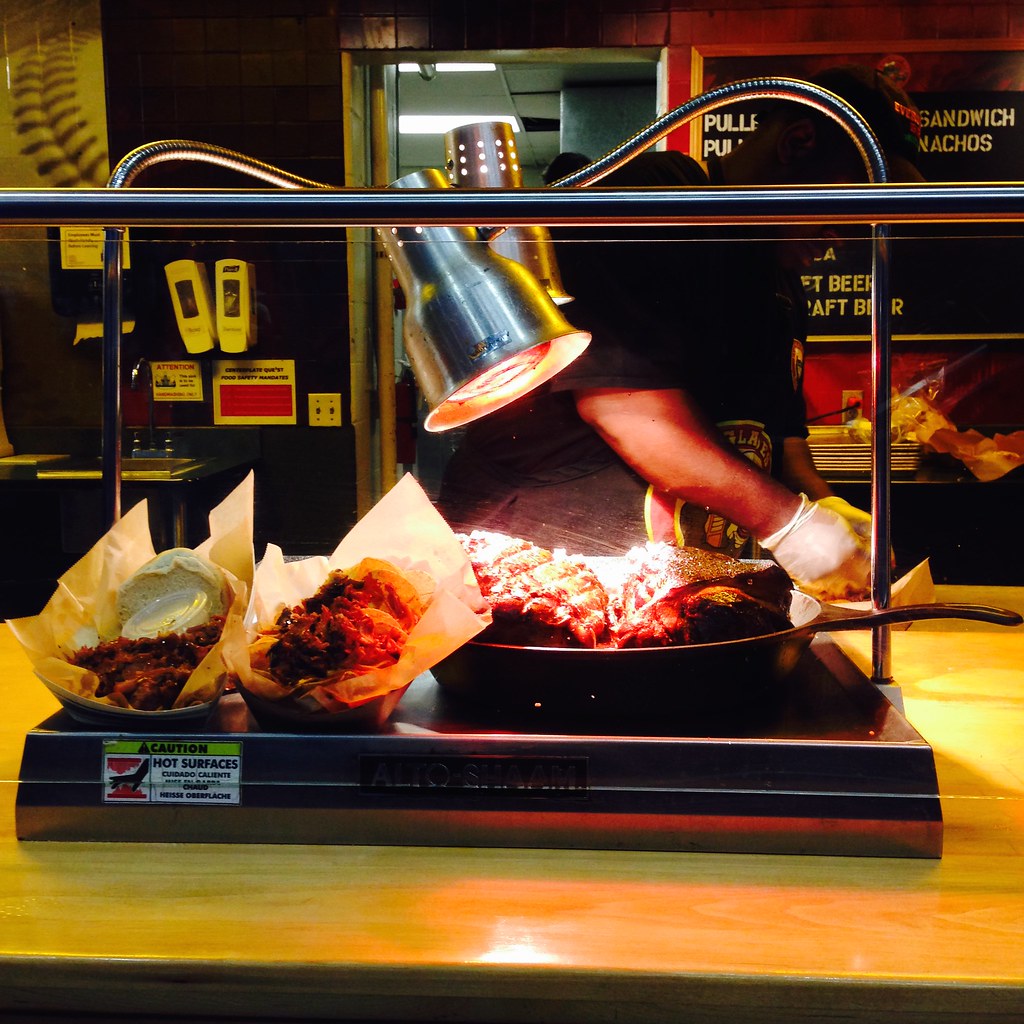 I wish I could write more about this topic. But the smell, look, and taste of their pulled pork at Everglades BBQ was so awesome, I actually ate the same thing, game after game. Their pulled pork nachos ($10) was just so insanely good with three types of BBQ sauces. I really wanted to try something else, but I couldn’t make myself buy anything else. Even as I am typing this, I am wishing I had another portion of that. For $10, you get a very generous portion of pulled pork on nachos topped with cheese. It was so generous, that my friend and I were stuffed from sharing one portion. I can’t even think of a single thing at Safeco Field that I crave, the same way I am craving the pulled pork nachos right now. 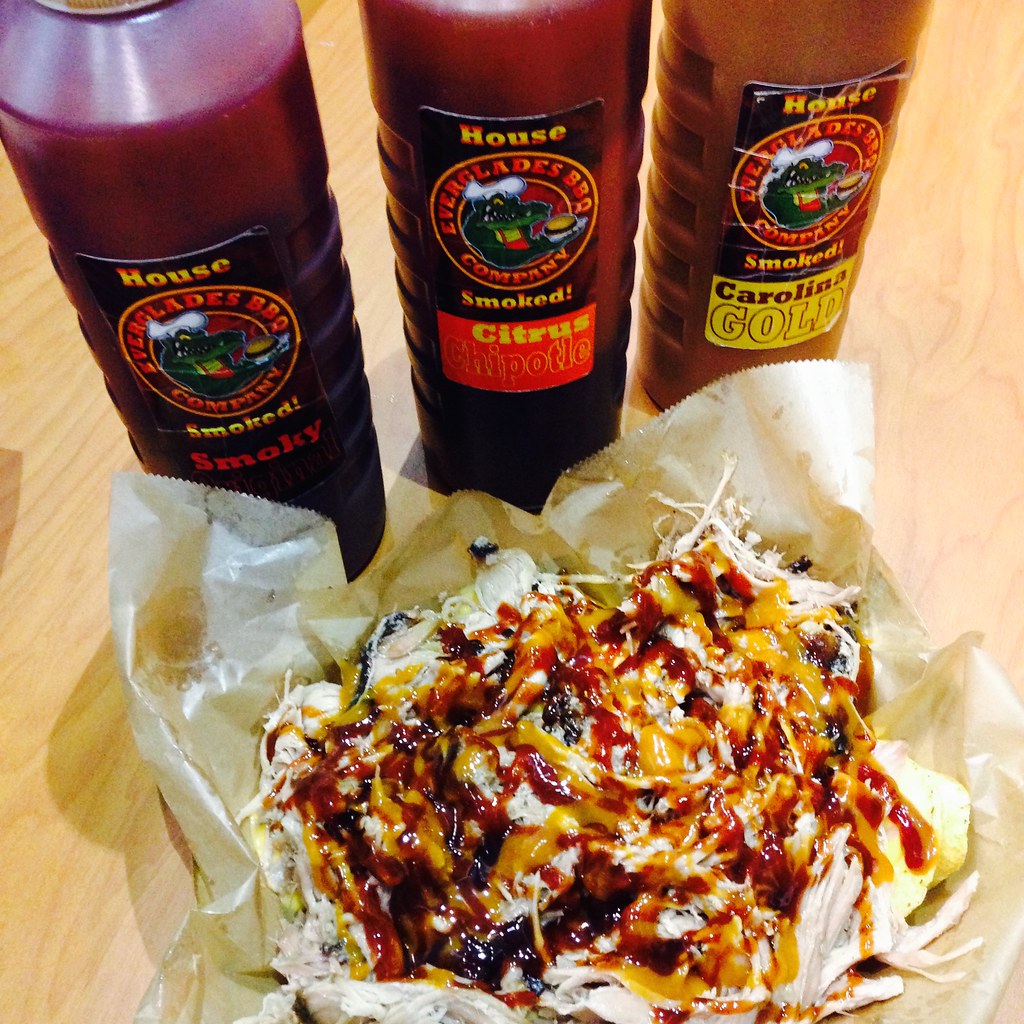 To increase the number of fans attending baseball games, the Rays tend to have summertime concerts after Saturday evening games. It is a good way for a cheap Saturday evening – watch some baseball, and listen to live music after that. For some of the less popular acts, they do allow you to go into the outfield (where the stage is set up) for free. So if you are no longer under 14, but want to step onto a MLB field, here’s your window of opportunity!