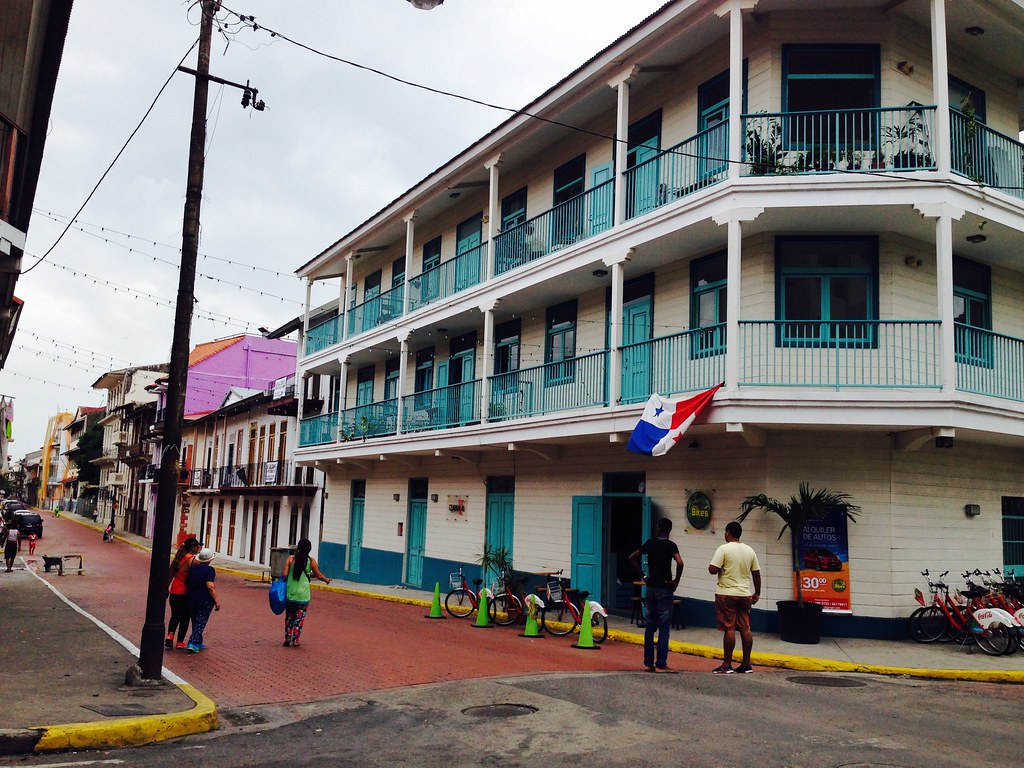 After the complimentary breakfast at my hotel, I walked towards the Iglesia El Carmen subway station. According to the subway map, the closest metro station to Casco Viejo is the Cinco de Mayo station, so that was where I was headed. The subway ride was pretty simple. Tap in card, $0.35 deducted from card, and the trains (3 carriage) came by every 5 mins or so. It was a Sunday, they weren’t empty, but they weren’t like sardines in a tin can packed either. To get to Casco Viejo from the Cinco de Mayo subway station, locate the Av Central exit. When you get out, you should see a freeway overhead. Cross the street under the freeway, and just follow the street. You will see Hotel Stanford at some point, and then you’ll see a pedestrian street. That’s Av Central. Just keep walking down Av Central and you will hit Casco Viejo. At this point, maps on boards, and tourist signs will show up, guiding you the rest of the way. An alternative way would be to follow under the freeway after you exit the metro station. Take a left after you exit the metro station, and follow the freeway. That way, you will hit the Fish Market, before Casco Viejo. Just keep in mind that it would involve crossing some rather large lanes of traffic on this route. Av Central features quite a bit of graffiti and street life in Panama, so, despite all the warnings on Wikitravel, it might still be worth your time walking down. 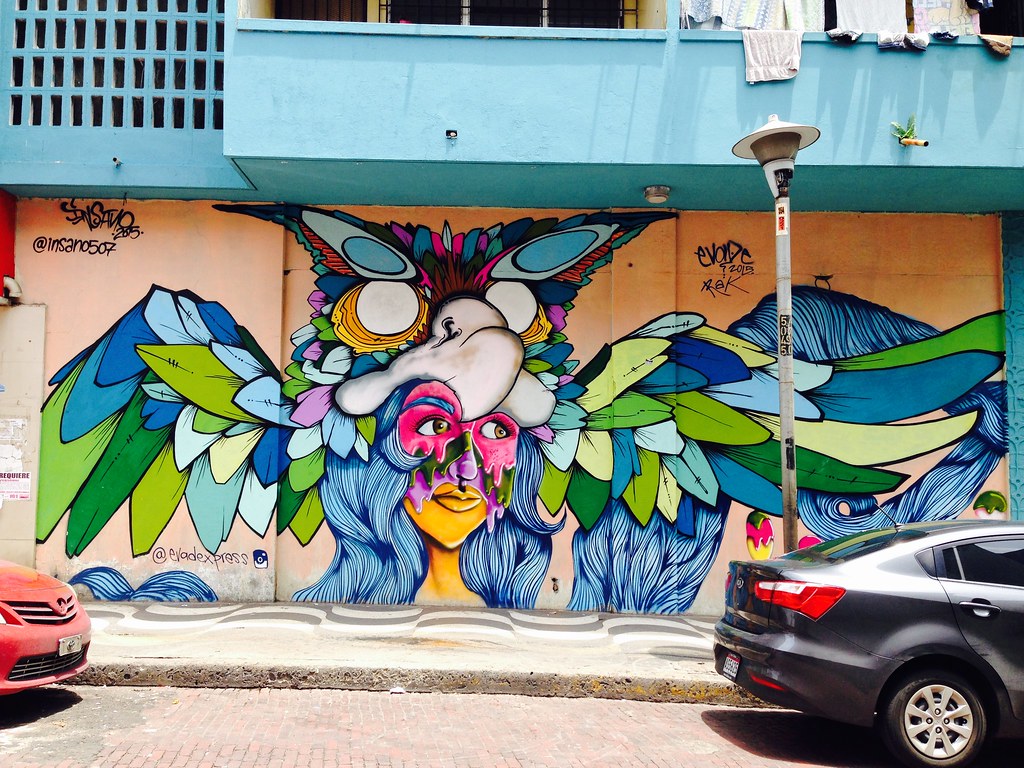 A UNESCO world heritage site, Casco Viejo is the old town of Panama City. Erm, I don’t know what to say, except think 1600s Spanish architecture? It is a nice tourist-y spot with lots of cafes, restaurants, hostels, hotels, which would appeal to tourists. Think red brick streets, plazas, and old churches. It is quite different from the rest of Panama City, for sure.

I planned on spending my day working at a nice cafe, so to that end, I got lured by the Casco Viejo website, and wound up at the Casa Sucre Coffeehouse (they accept credit cards, and have free wifi). They feature coffees from the Boquette region, and are slightly pricey (about ~$0.50 more than their competitors), but it’s not a bad spot to hang out. It used to be a nunnery or something, and their tiled floor are (mostly) originals from the 1800s. I wound up spending more time than I intended, thanks to a tropical downpour in the middle of the day. But, can’t complain. I got an iced latte, and liked their coffee. It has a bold flavor, without being acidic. 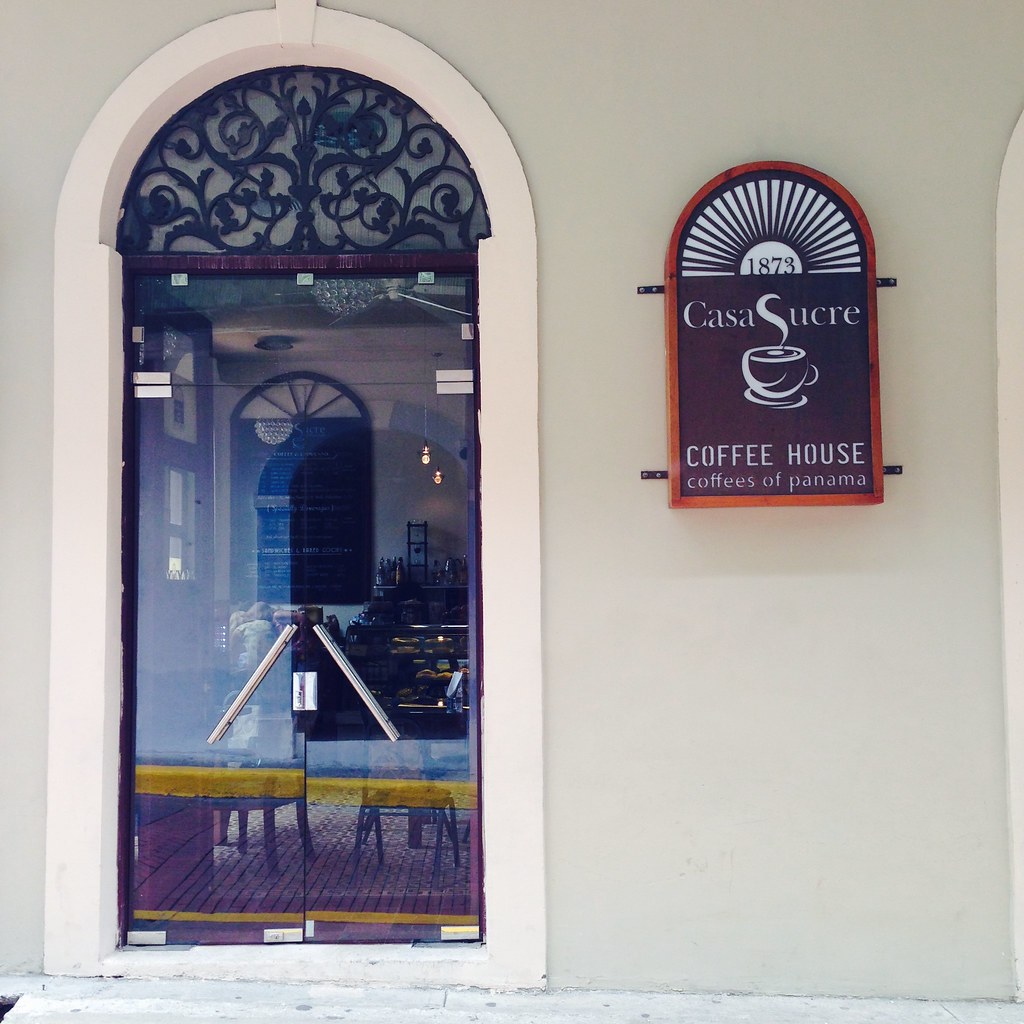 When there was a break in the downpour, I headed towards Cafe Coca-Cola, a budget (it’s really not that cheap, though it’s cheap relative to some of the things on offer in Casco Viejo) cafe, and one of the oldest in Casco. To date, i am not sure what Panamanian cuisine really is. The menu looked very much like diner food, complete with a Aunt Jemina and Maggi Ketchup on my table. Cafe Coca-Cola also has quite an interesting clientele – mostly older men? I definitely felt rather conscious as the single female diner there. I wound up getting a 1/4 fried chicken (5 USD). Nothing much to report there. 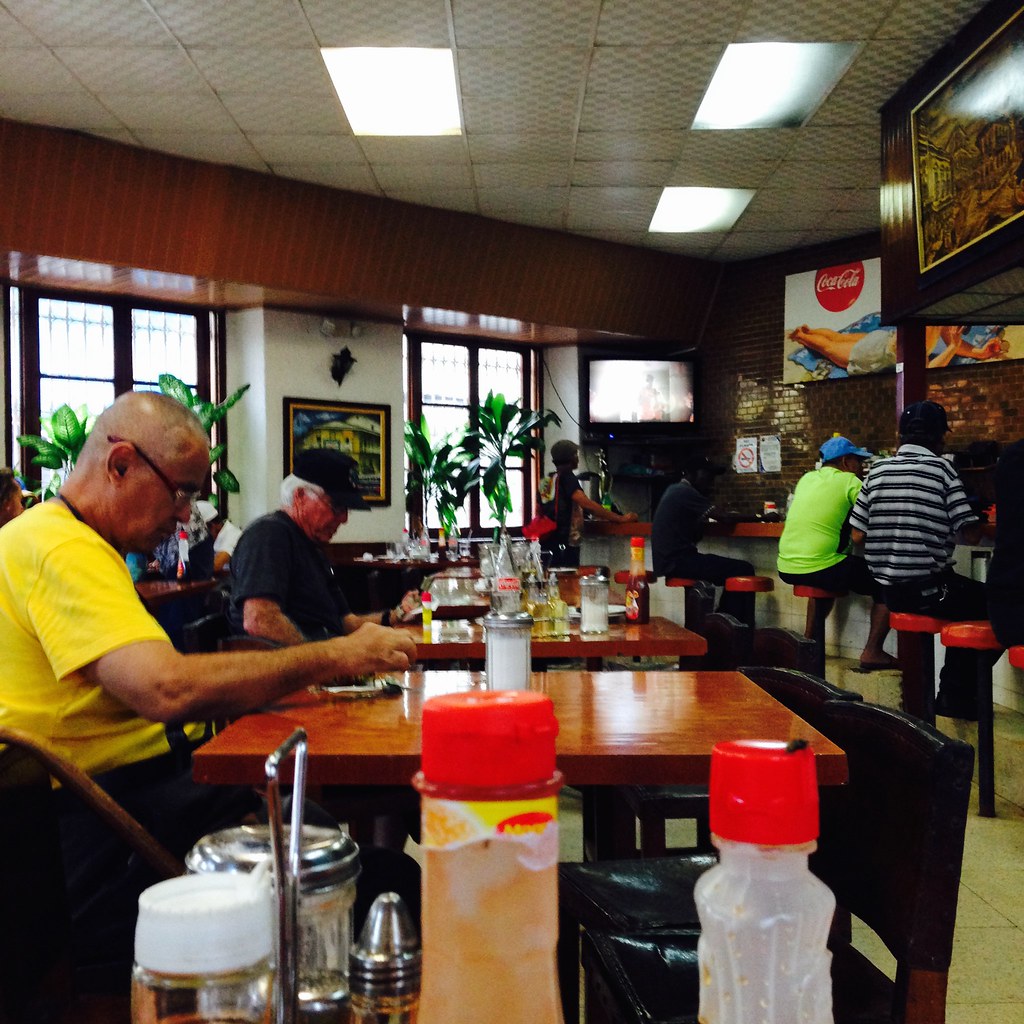 After my main meal of the day, I headed to Unido Coffee Roasters, which is housed in the premises of the luxurious American Trade Hotel. Unido Coffee Roasters is this hipster cafe, now with three branches in Panama City. They also feature unique beans from Panama, and are pricier than Casa Sucre Coffeehouse (iced latte – 4 USD). They either don’t have wifi, or it wasn’t working, but they do take credit cards. My iced latte had a nice clean, strong flavor to it, and wasn’t acidic either. 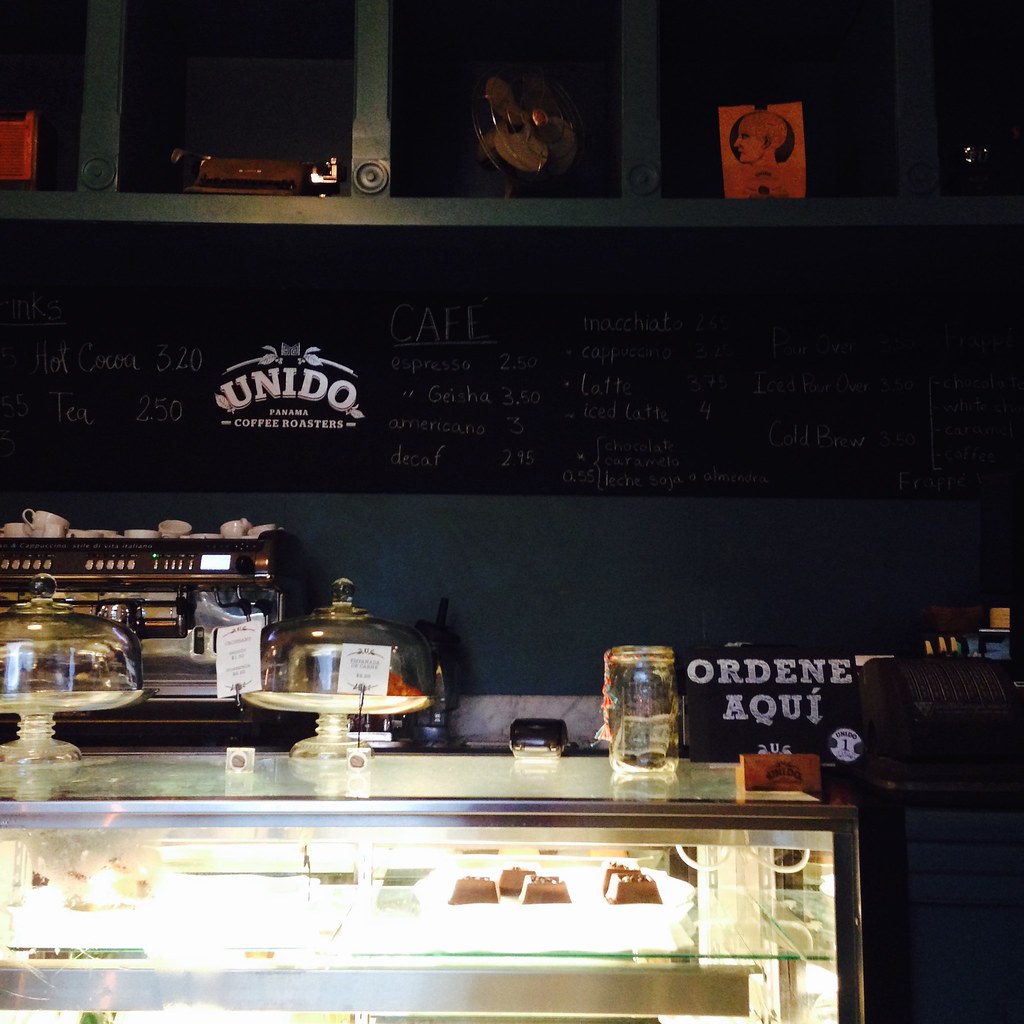 After coffee, I headed back towards my hotel. One of the more intriguing questions for me is – where are all the Panamanians on Sunday? After a short rest at my guest house, I decided to walk towards the Multicentro Mall. I think I saw more people in the taxi line at the Radisson Decapolis, and at a church on the walk to Multicentro, than all my time spent at Casco Viejo. It’s always interesting to know where people choose to spend their weekends.

Also, as a side note on those who love gaming. Things do change rapidly in Panama – Veneto was kinda empty when I visited on a Saturday evening. But when I went to Majestic at Multicentro, there were a whole lot more people playing.