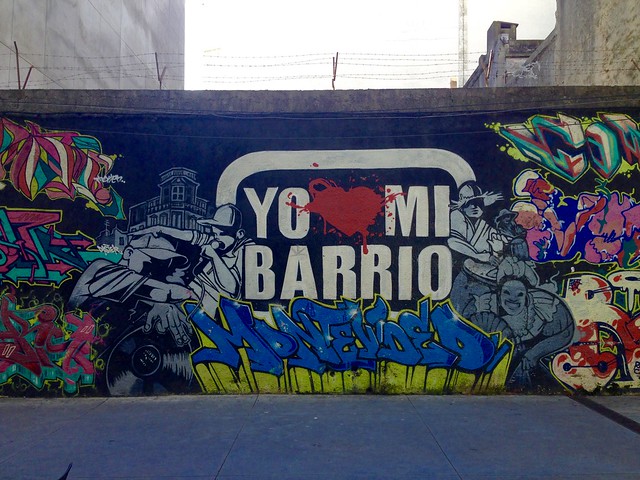 Around noon, we moved from our first night at the more upscale part of Montevideo to the downtown of Montevideo, where there are more touristy things to do.

After checking in, I really wanted to eat parrillada, because Uruguay is famous for its beef. The hotel kindly supplied us with a map, and some simple directions on the map, and off to Mercado del Puerto we went. Mercado del Puerto is sort of like a tourist trap that’s filled with Uruguayan BBQ restaurants indoors in a market. We were dazzled by the meats on spits, which included a suckling pig. We ended up getting lured by a place that offered complimentary white wine, and ordered a parrillada for two. It wasn’t the best, but it was decent, and set us back around $30 for two people, including two glasses of white wine. 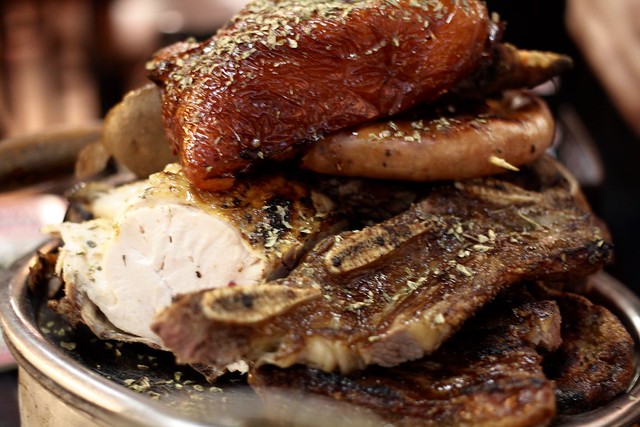 Following our very hearty lunch, we decided to walk up Sarandi, a pedestrian street lined with shops, which brings you through downtown Montevideo. It was definitely less harrowing than our trip to the mercado, because the sidewalks of Montevideo are rather narrow. There is also some cool graffiti along the street, and after about 10 mins of walking, we ducked into a lovely little cafe, Sin Pretensiones (the name is very ironic), run by some lovely ladies, where we both got cafe con leche. I highly recommend this cafe despite its ironic name. It is a lovely place to spend an hour just sipping coffee. 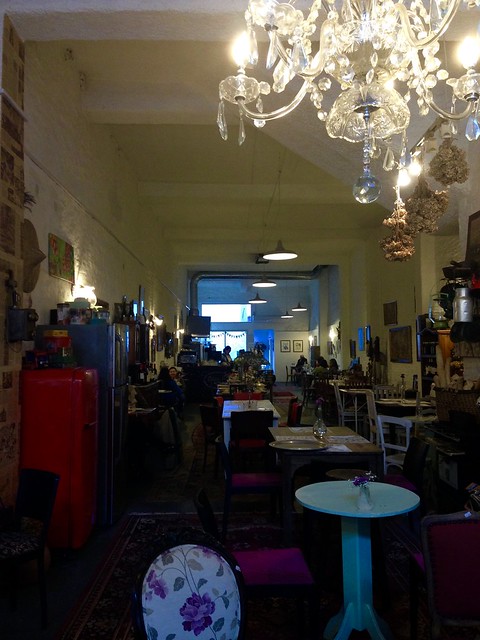 The architecture around Sarandi is probably from the 1800s, and generally pretty well maintained. I loved how some of the lion figurines at some of the higher buildings were used to hide drainage pipes. In the world of contemporary architecture, it’s sometimes nice to have some throwbacks of how people used to camouflage the nitty gritty items that is found in every building. 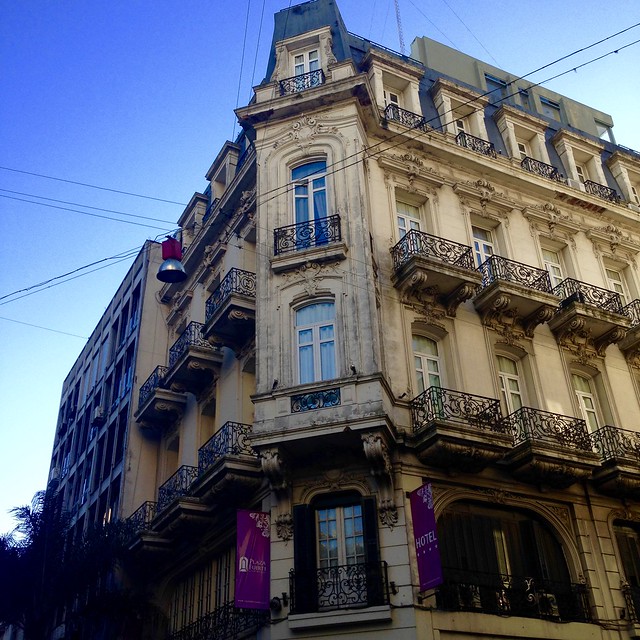 As we edged towards the Plaza Independencia where the very impressive Palacio Salvo stands, I saw a lovely bookshop. I can’t remember its name, but it’s a couple of doors away from the Torres Garcia museum. It even has one of those old elevators that have metal doors that close. Torres Garcia, an Uruguayan artist, also features in the cityscape. Some of the buildings were decorated by prints of his artwork. I’m not particularly art literate, but it was kinda cool that I happened to go to an art exhibition in the MoMa last fall, which featured South American artists, and I was really taken by Torres Garcia’s works. 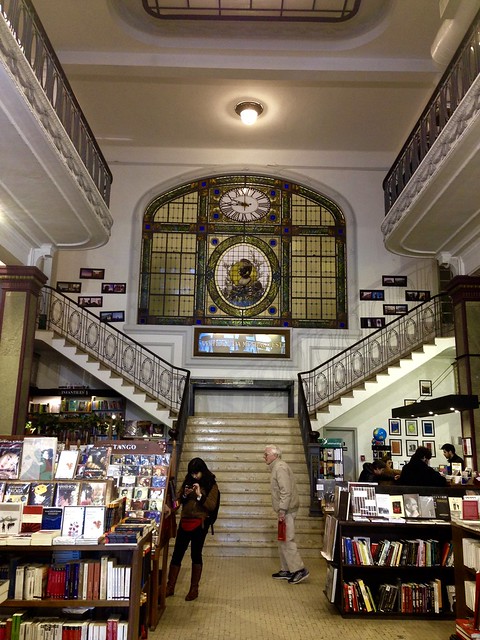 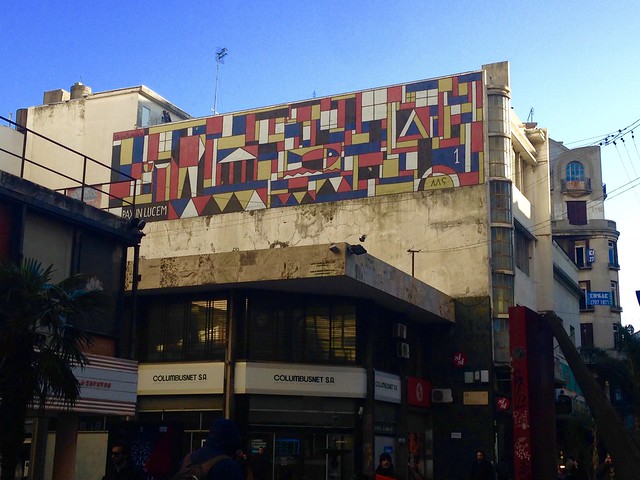