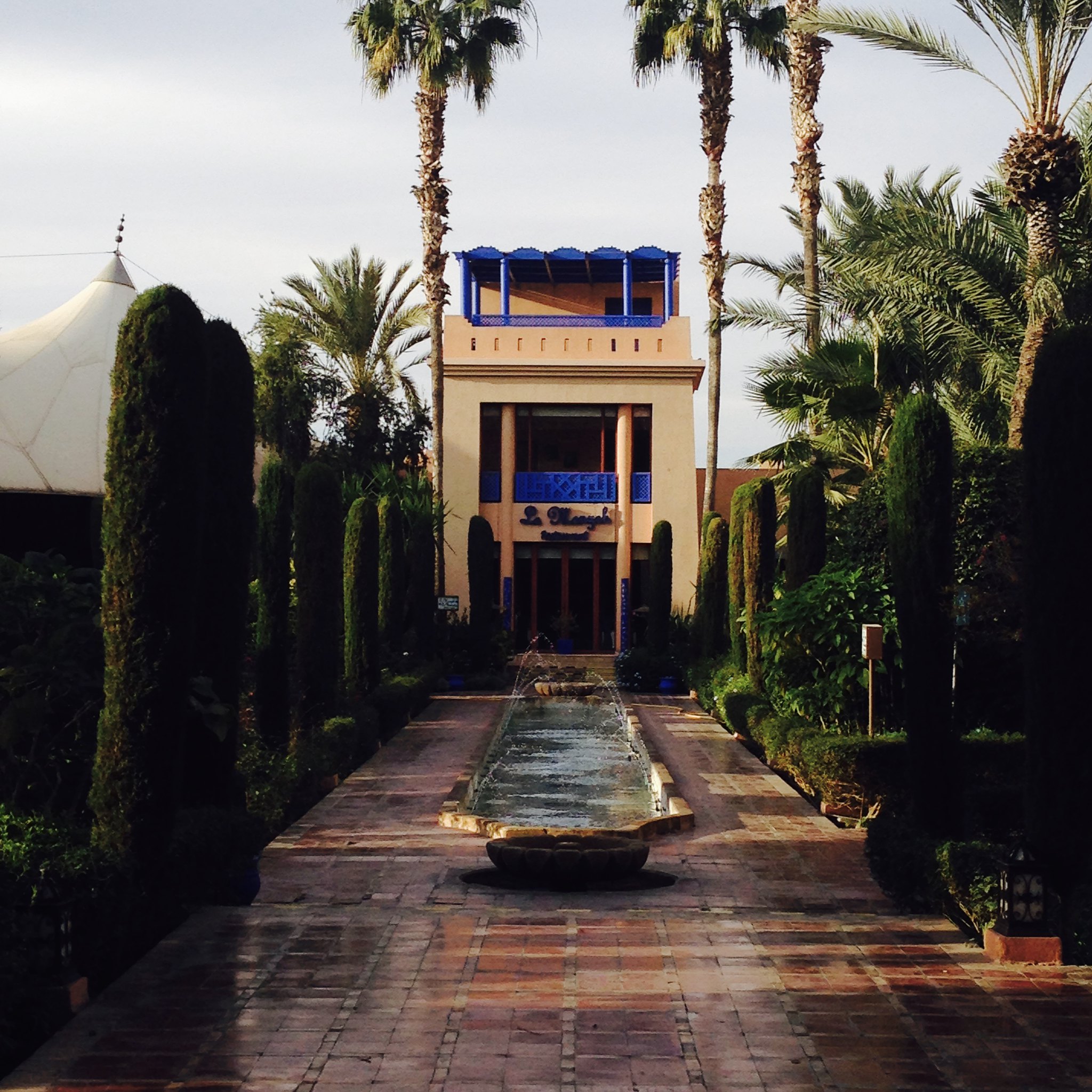 The Le Meridien N’Fis is a five-star hotel in Marrakech, Morocco. As a category-2 Starwood property, it is quite a sweet spot for redemption, as it costs only 3000-4000 Starpoints for one night (3000 for weekends, 4000 for weekdays). While it gets some bad reviews, I found both the staff and grounds lovely, even though the rooms are a bit dated.

Check in was a bit slow, but the hospitality made up for it. I was given a form to fill up, but the hotel staff made it better, as I was given a mint tea, and provided with a pen to fill up the form. That’s how you make an annoying task more pleasant! I was also upgraded to an executive room, which features a small private terrace (it really wasn’t that fancy).

Check out was quick, even though there was a couple in front of me. 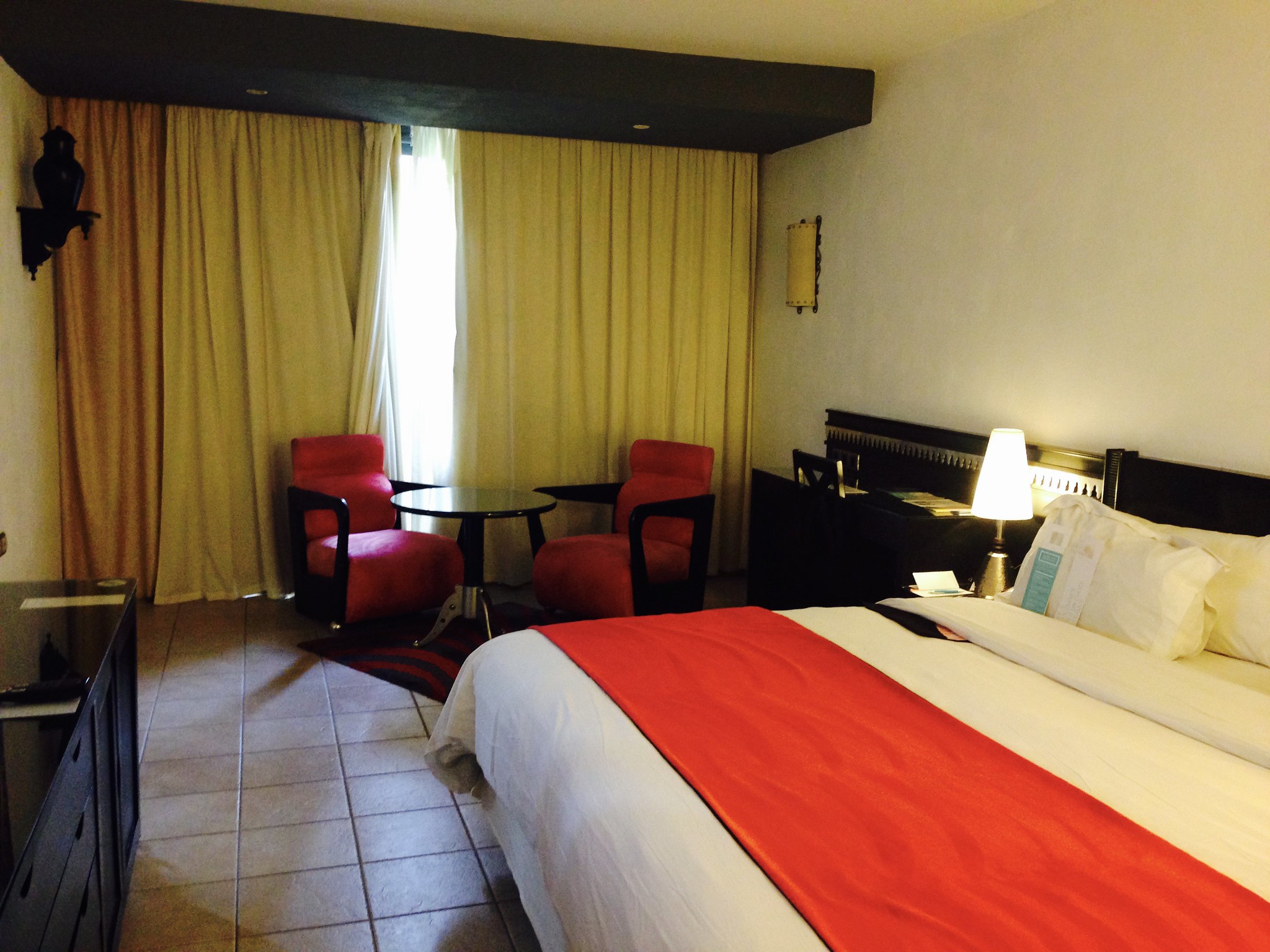 I was upgraded to an executive room at check in. It has a small private terrace, and featured garden views. The room is large. The room itself is rather dated, so you can see the wear and tear in the room and bathroom. There was a nice welcome amenity of fruits and a large bottle of water. 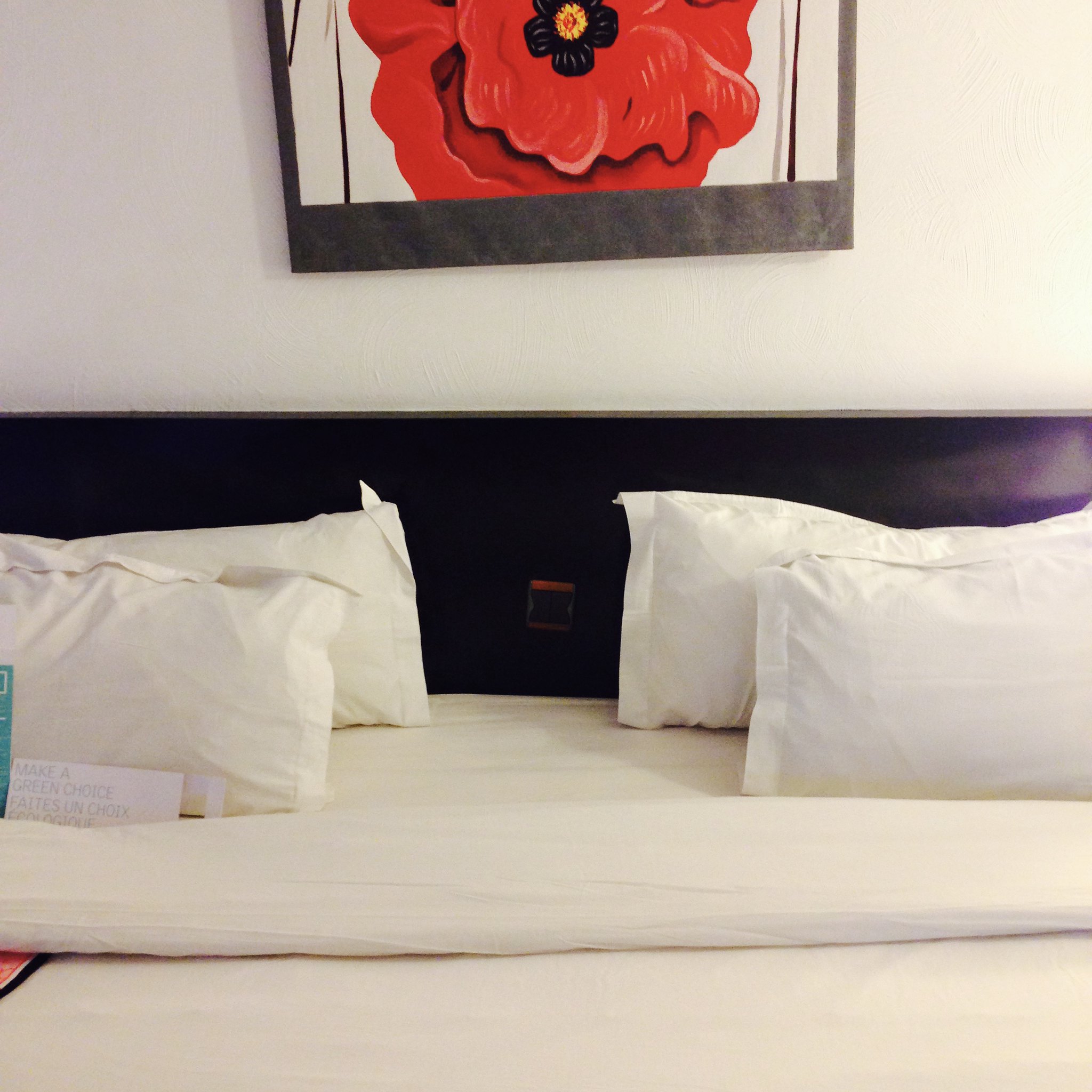 The bathroom was also decent, and had quite an expanded selection of bath products. The tub itself has anti-slip strips, which I actually appreciate, because I’ve been trying to not get killed when I shower in a lot of hotel showers. However, it didn’t look too elegant (very haphazardly installed), but this could be an easy fix. 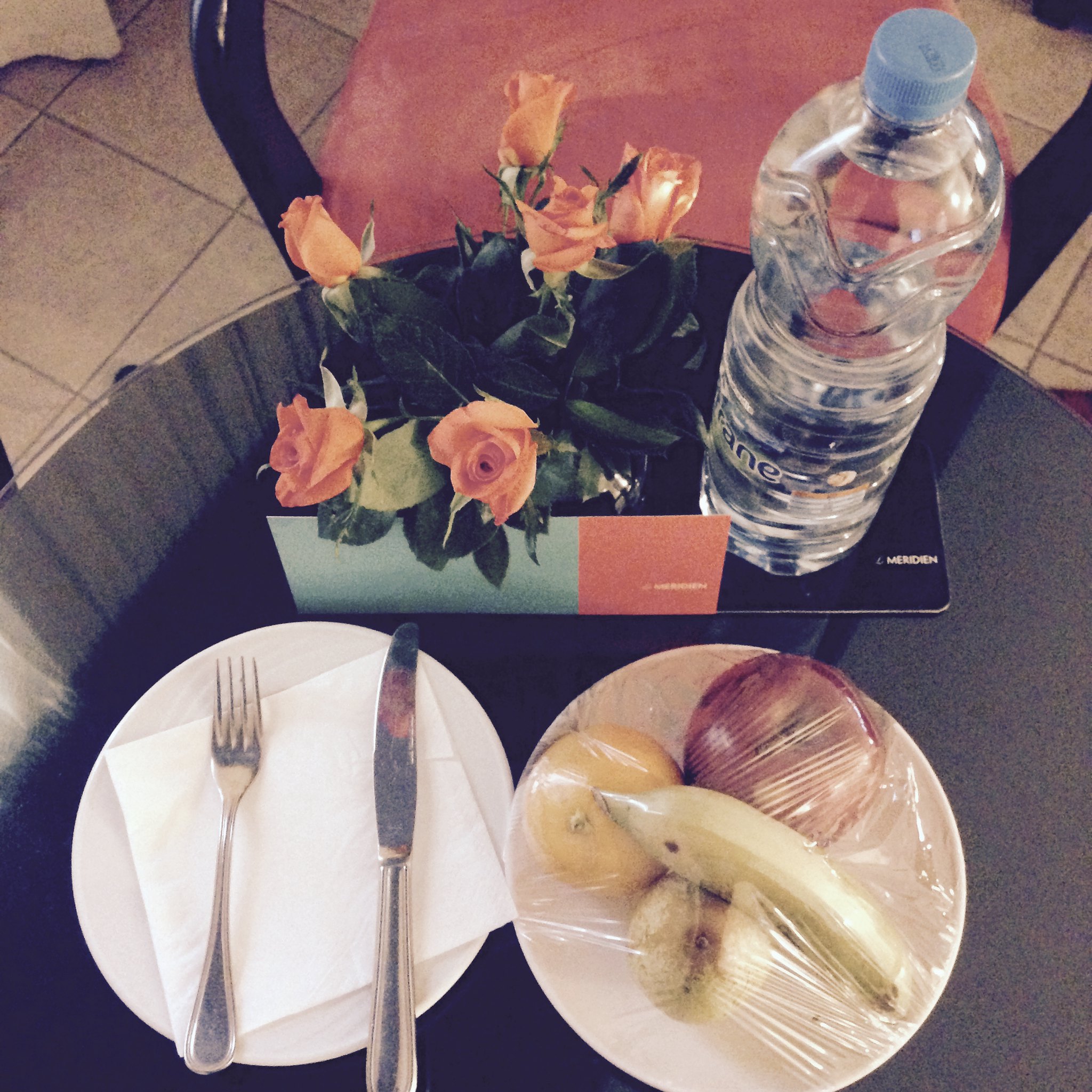 There is a king size bed to the side of the room. It was comfortable, and I had a good night’s sleep. I have some mixed feelings about the switch right in the middle of the headboard. On the one hand, it’s functional, on the other hand, it’s a bit of an odd place to have it. On the bed, there’s a welcome package – do look through it. Some of the interesting offers include a complimentary coffee/tea at the hotel lounge, and there was also a complimentary pass to Maison de Photographie in the medina. 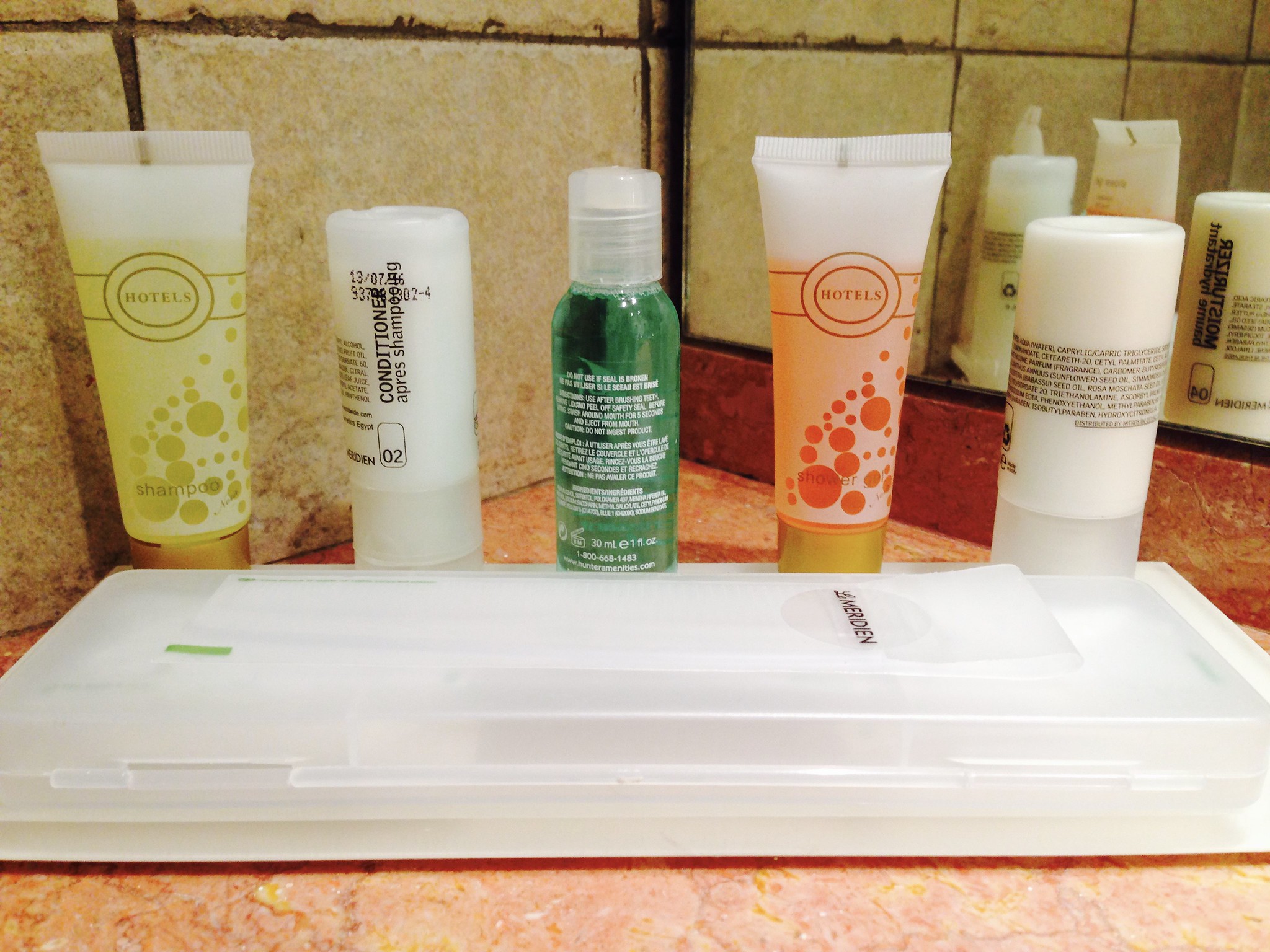 The Le Meridien N’Fis is actually a resort. It is actually quite a sprawling property, and the grounds are quite lovely. I loved the nice fountain feature, and while it was too cold to swim in December, it looks pretty nice. They also have a tennis court. 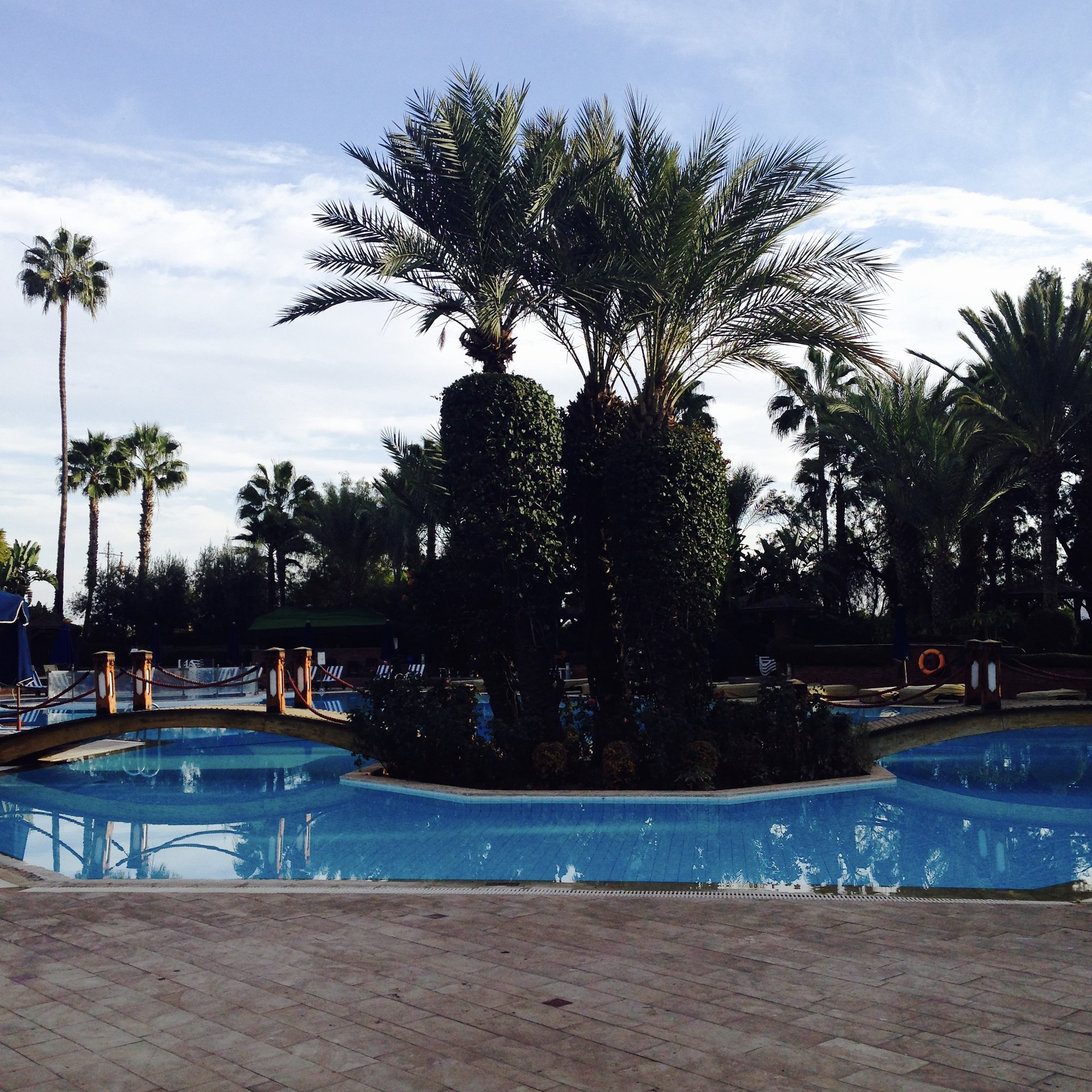 It was fast, stable, and complimentary.

They have a couple of computers in the lobby. They also have a printer. I did make use of it to print out a boarding pass.

Breakfast was not included in my rate, and it was 200 DH per person. There was a nice selection. They have a very cool selection of freshly-squeezed juices, including Moroccan fruit mixers. They were very refreshing.

They have a very nice selection of pastries, and they all tasted excellent. The selection also changes over the course of breakfast. They also have a small section with Moroccan offerings: soup and flatbread. They have a hot selection (beef sausage, potatoes, etc), and eggs made to order.

I thought it was attentive, and friendly. No complaints.

Le Meridien N’Fis is quite a lovely five-star hotel. The rooms are rather dated, but I still enjoyed my stay. The lovely grounds actually make it quite pleasant to spend some time in the hotel, even though I didn’t spend too much time lounging around. It could be a great idea to lounge in the hotel by the pool during the hottest hours in summer.