Today was mostly a travel day. We flew by Cathay Pacific from Singapore to Taiwan, which meant that there was a stopover in Hong Kong, to change plans for our trip to Taipei.

We arrived in San Want Hotel in the heart of Taipei on Zhongxiao East Road at around 4 pm. It was located directly above Zhongxiao Dunhua station on the Taipei metro, making it really convenient to get around. It’s also a bustling shopping street for shopaholics, and the rooms are pretty nice. Recently, I’ve been hitting the gym, and I checked out the gym, which small as it was, was adequate with two good treadmills and a stationery bike.

Despite it being a travel day, it wasn’t a wasted day. My parents and the rest of my family went off to Danshui, while I decided to go check out some Taiwan professional baseball . They had a game going on in Taoyuan International Baseball Stadium, which was about 20 mins from Taipei via the High Speed Rail. They had a game going on that evening, between the Uni Lions and the Brother Elephants. I managed to get a student concession ticket for about 8 USD.

The ballpark was nice, but definitely way smaller than MLB stadiums. There are built more like college baseball stadiums, and the concession stands available were also kinda like that. So there were say, about six to seven concession stands. On a bright note, things were actually reasonably-priced in the ballpark, and I had the Taiwanese version of hotdog, which was a spicy sweet Taiwanese sausage wrapped in a glutinous rice sausage, that set me back by about 1.50 USD.

I didn’t stay to the end of the game. But it was definitely a good experience for me. Now, Korea is next on the list, and I’ll be done with Asian professional baseball! 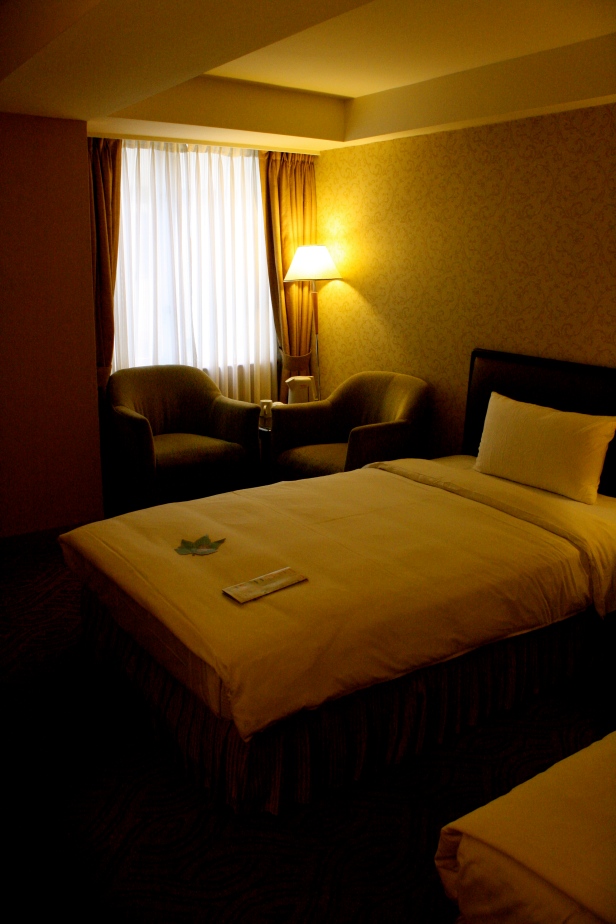 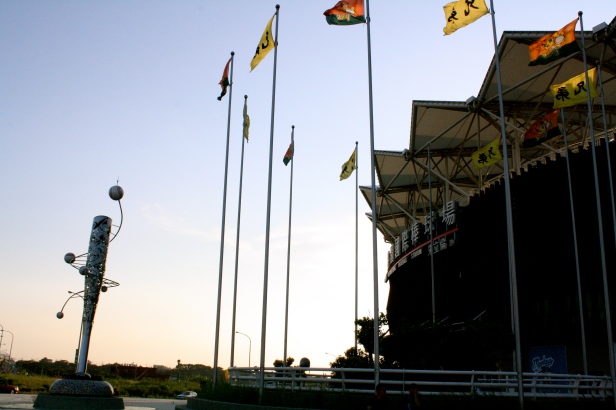 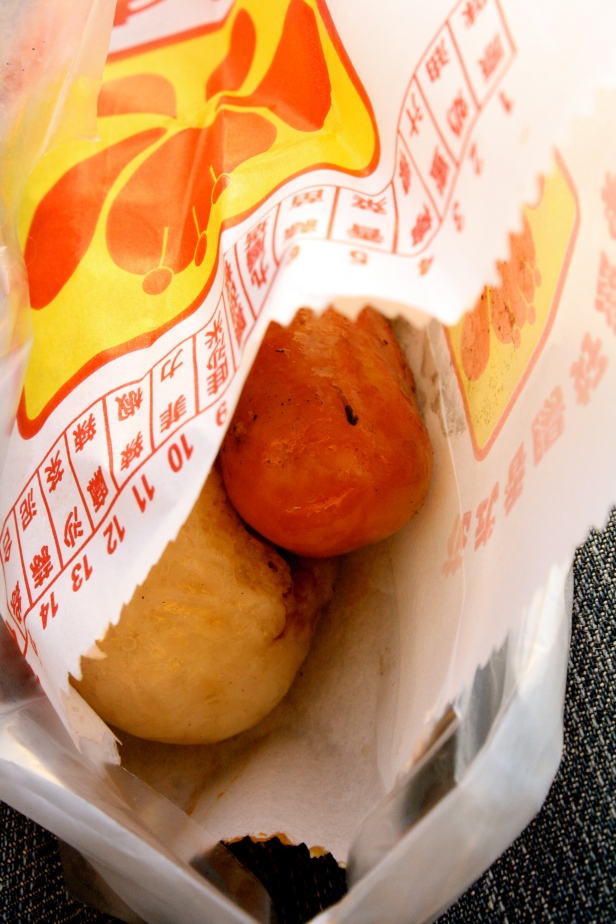 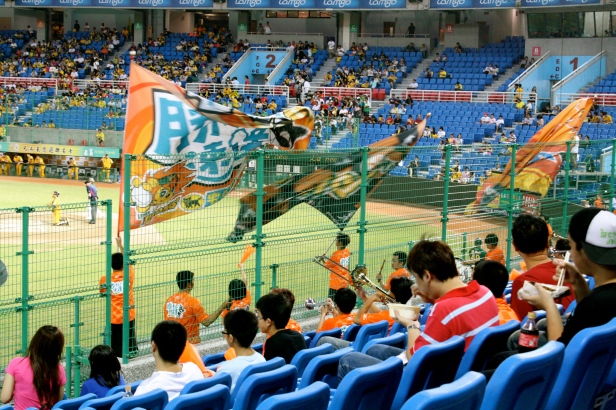